Through tears, Shildt thanks Cardinals organization and mentors, acknowledges but does not detail divisive 'differences'

Does Navy drone spell end of the Super Hornet?
0 comments
Share this
{{featured_button_text}}
1 of 4 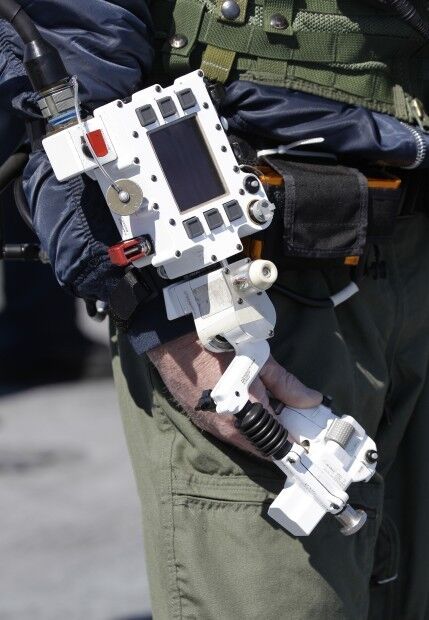 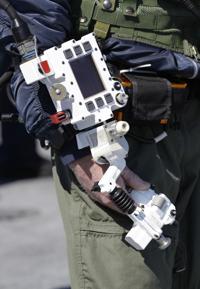 Northrop Grumman test pilot Dave Lorenz holds a deck controller for the Navy X-47B drone after it was launched off the nuclear powered aircraft carrier USS George H. W. Bush off the coast of Virginia on Tuesday, May 14, 2013. It was the Navy's first test flight of the unmanned aircraft off a carrier. (AP Photo/Steve Helber) 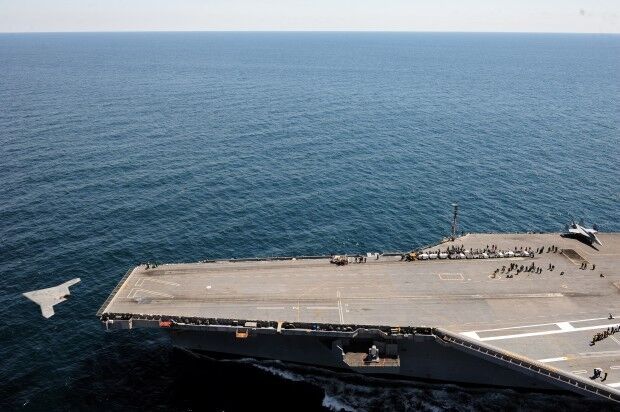 This image provided by the US Navy shows the launch of an X-47B Unmanned Combat Air System from the flight deck of the aircraft carrier USS George H.W. Bush off the coast of Virginia on Tuesday May 14, 2013. George H.W. Bush is the first aircraft carrier to successfully catapult-launch an unmanned aircraft from its flight deck. (AP Photo/U.S. Navy, Mass Communication Specialist 3rd Class Brian Read Castillo) 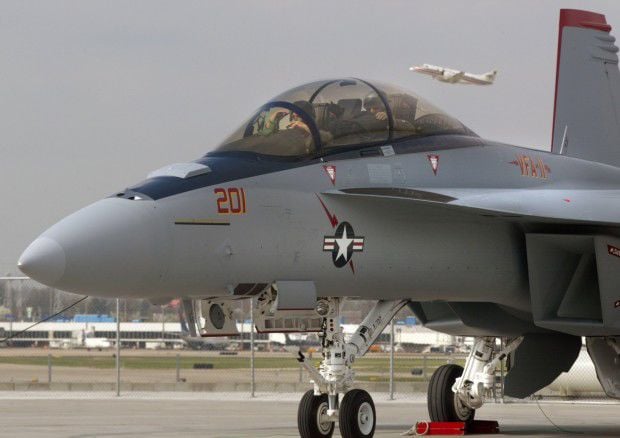 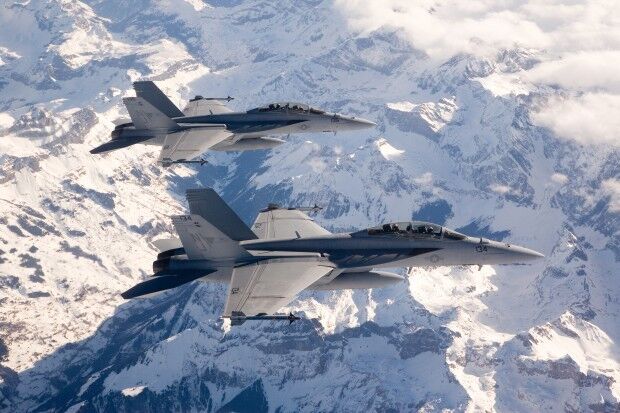 Something happened on the deck of an aircraft carrier off the coast of Virginia on Tuesday that could eventually ripple all the way back to one of the biggest factories in the St. Louis area.

It was a “watershed event,” said the Navy’s head of aviation, the first-ever launch of an unmanned combat drone at sea. While the Northrop Grumman-built X-47B hasn’t yet stuck a carrier landing — one of the hardest feats in all of aviation — Navy officials think that’ll happen this summer, and they hope that by the end of the decade drones will be a big part of their air combat fleet.

All of which raises some big questions about the future of the plane that makes up much of the Navy’s air combat fleet today: The F/A-18 Super Hornet.

That jet, along with its sister plane the E/A-18 Growler, is assembled by Boeing Co. in north St. Louis County. About 5,000 people here work on the program, and it’s the last major plane-assembly line in the region, pumping out nearly one fighter jet a week for about $55 million a pop. Battle-ready drones would appear to be a direct competitor.

It’ll be years before some son of the X-47B is ready for mass production, and even then no one expects it will ever fully supplant manned jets in the Naval air fleet. But defense experts such as James Lewis, a senior fellow at the Center for Strategic and International Studies in Washington, say these robotic war fighters are inevitably on the rise.

“There’s no risk to human life, to a pilot. They’re stealthier. If you can make them work, they should do the job really well,” Lewis said. “This is going to be the future.”

The Navy is still determining what, exactly, it wants in its Unmanned Carrier-Launched Airborne Surveillance and Strike system, or UCLASS, as the acronym-loving defense industry is calling it. A spokeswoman said the service hopes to launch a competition for the contract next year.

But even the prototype X-47B has some clear advantages over the Super Hornet, the biggest being the fact that removing a human from the equation means the thing can fly for days, not just a few hours. That’s crucial for surveillance missions, which the Navy says will be its first use for drones. It has no plans at the moment to arm them.

That could eventually change though, Lewis said. While he doesn’t see fighter jocks, or their jets, ever going away entirely, he said he could envision a future in which one manned jet leads a squadron of three drones into battle, then pulls back and lets them do the fighting. Ultimately, he said, that means the Navy won’t need a full fleet of both.

“One more drone means one less airplane,” he said.

For now, Boeing’s production line appears safe. The company has a contract that runs into 2016 to build Super Hornets and Growlers for the Navy, and it has been prolonging that line with international sales to Australia and, the company hopes, Brazil.

“There is much interest in additional domestic and international orders,” Boeing said in a statement. “The Super Hornet continues to evolve with new, next-generation capabilities.”

And, of course, someone’s got to build all those drones, which will be a multibillion-dollar job itself. The race to do so is well underway.

Northrop Grumman beat out Boeing for the now $1.4 billion contract for a prototype — the X-47B that took off Tuesday.

But, along with several smaller unmanned projects, Boeing continued working on its own unmanned Phantom Ray, on its own dime.

That helped the company better understand unmanned technology, said spokeswoman Deborah VanNierop, and will inform whatever drone Boeing winds up pitching to the Navy. She wouldn’t provide any specifics.

“We are working on UCLASS but we are not publicly sharing information about it,” VanNierop said. “We’re just not in that place yet.”

And, she said, it’s far too soon to know where these Navy drones would be built, should Boeing win the contract.

That all will start to take shape over the next year or so, as the Navy launches its UCLASS competition. Navy brass have said they want drones in the air by 2020, and that means they need to get started.

Some analysts are skeptical, though. Richard Aboulafia, vice president at the Teal Group, a defense consulting firm in Virginia, said he doesn’t see a big advantage for drones over manned fighters, at least at this point. And, he notes, big-dollar defense contract competitions these days have a tendency to drag out.

“We need to keep the concept evolving, but at least in my view it’s going to take longer than expected,” he said. “I think the remotely piloted revolution has been somewhat oversold.”

If he’s right, that could mean — no matter what happened Tuesday off the coast of Virginia — that people will be building Super Hornets here in St. Louis for years to come.

The fighter jet's vertical takeoff is a complex engineering feat that uses engine thrust vectoring by redirecting exhaust to the ground to achieve the vertical lift.

First, chief must navigate through privacy groups and federal regulations.

Boeing near decision on future of C-17

Partnership could boost odds of winning the biggest plane deal in the Pentagon pipeline.

More Super Hornets in the pipeline?

As quietly as it appeared, notice of new fighter-jet bid gets taken down

Aerospace giant confirms plans to add up to 600 IT jobs here.

The $3.7 billion deal, if completed, would provide boost to Boeing's assembly line here.

Northrop Grumman test pilot Dave Lorenz holds a deck controller for the Navy X-47B drone after it was launched off the nuclear powered aircraft carrier USS George H. W. Bush off the coast of Virginia on Tuesday, May 14, 2013. It was the Navy's first test flight of the unmanned aircraft off a carrier. (AP Photo/Steve Helber)

This image provided by the US Navy shows the launch of an X-47B Unmanned Combat Air System from the flight deck of the aircraft carrier USS George H.W. Bush off the coast of Virginia on Tuesday May 14, 2013. George H.W. Bush is the first aircraft carrier to successfully catapult-launch an unmanned aircraft from its flight deck. (AP Photo/U.S. Navy, Mass Communication Specialist 3rd Class Brian Read Castillo)