DVD lovers seek the tangible, keep stores afloat. 'I just buy anything I like,' says one customer
0 comments
Share this
{{featured_button_text}}
1 of 4 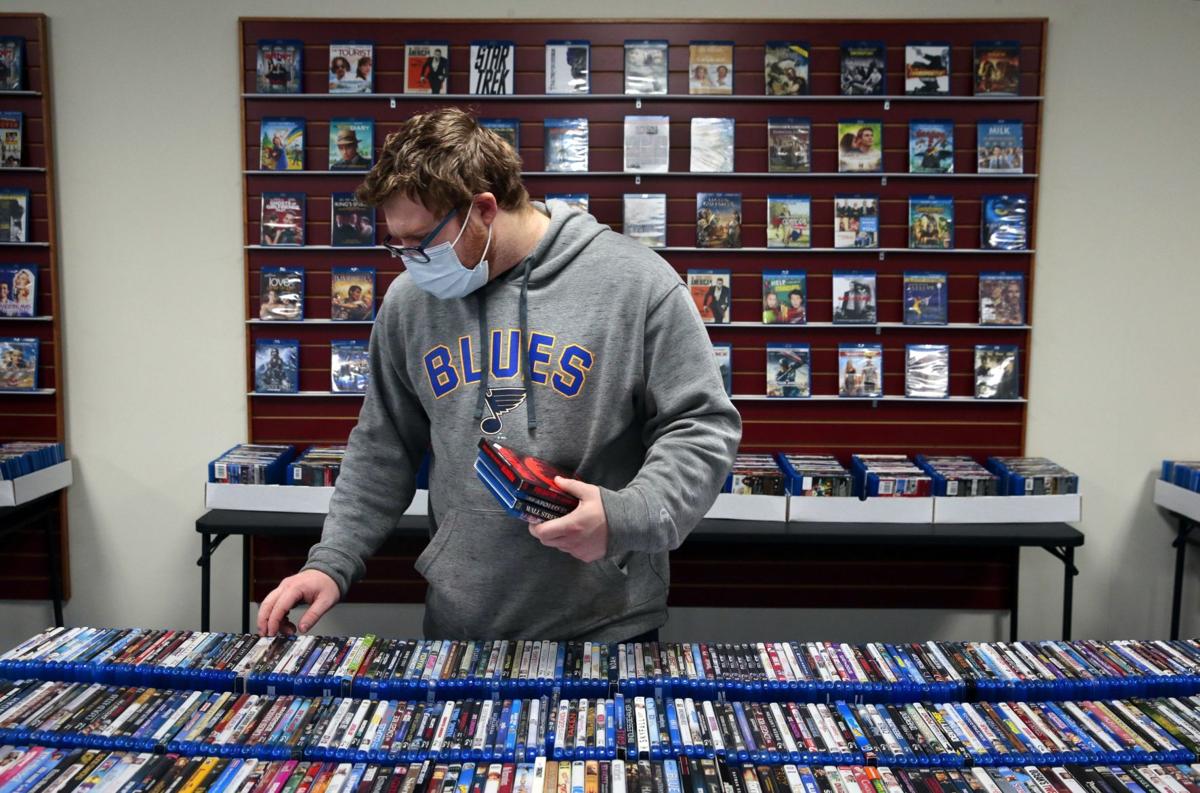 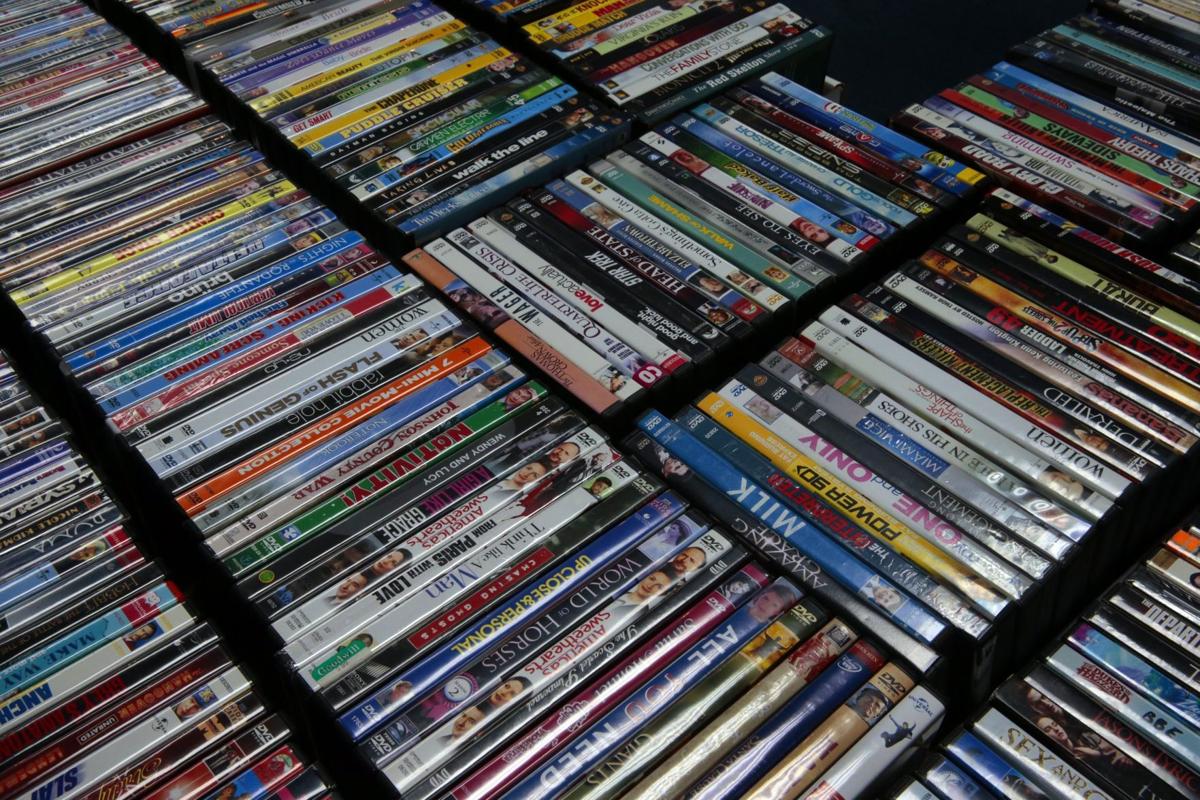 A selection of DVDs for sale at Nickelflix, 9030 Gravois, in Affton on Saturday, Jan. 30, 2021. Owner Dave Shannon sells each for $2 while Blu-ray movies are $4. Photo by Robert Cohen, rcohen@post-dispatch.com 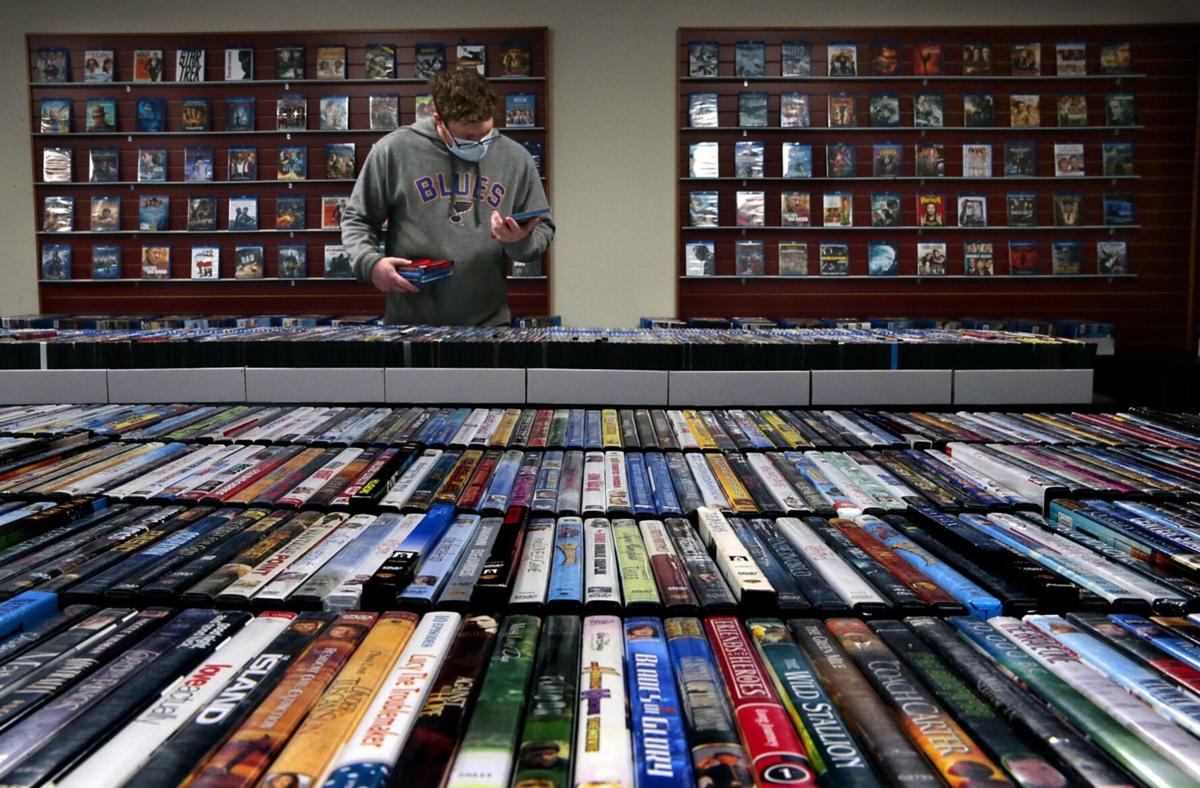 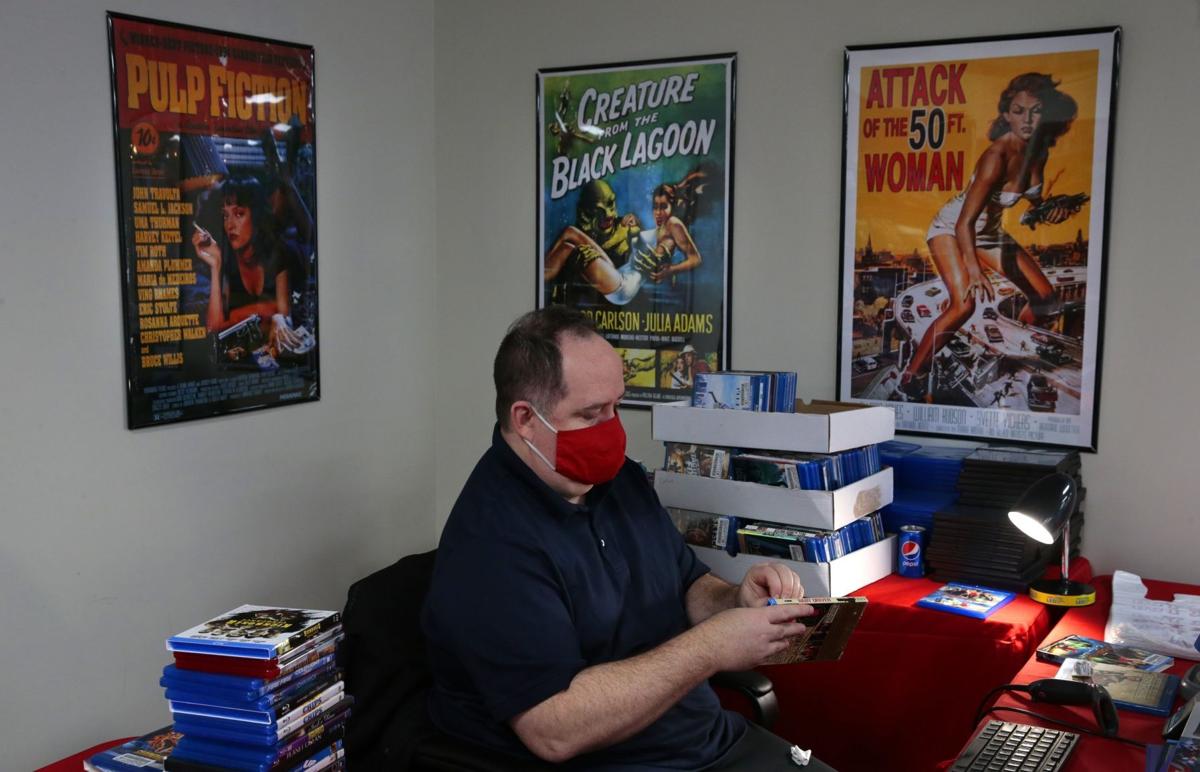 And, despite the spring coronavirus shutdown, CD Warehouse, on Tesson Ferry Road near Sappington, did brisker business in 2020 than the year before.

“If one of my neighbors moves out, I’ll expand,” said Ray. “I’m busting at the seams.”

Somehow, in the face of a pandemic, a boom in video streaming, and a near-total collapse of the rest of the market, St. Louis-area DVD and CD stores are hanging on. Some even want to expand. A small but dedicated band of consumers — people who want their entertainment in a tangible form — have been keeping the few local movie-resale shops afloat. Film and TV buffs don’t want to gamble that their favorites will always be available on platforms like Netflix, so they frequent throwback stores that carry everything from “Goodfellas” to “The Goonies.”

“I just buy anything I like and want to rewatch,” he said on a recent Saturday while also considering a nature documentary and the Brad Pitt thriller “Kalifornia.”

It’s a niche enterprise. Globally, sales of video discs plummeted by almost half between 2014 and 2018. Most of the major players long ago began abandoning the format. Blockbuster declared bankruptcy in 2010, the same year Best Buy started phasing out DVDs. Last month, Illinois-based Family Video announced it was closing its remaining 250 stores, including 14 in the St. Louis area.

Most retailers that sell movies, including chains such as Half Price Books, hedge their bets by selling a little bit of every kind of entertainment.

“We carry everything ever professionally printed or recorded,” said Kelly Butler, the district manager of Half Price’s three local stores, in Chesterfield, University City and St. Charles.

Television series, especially hits like “Friends” and “The Sopranos,” move quickly, Butler said. When Netflix announced “The Office” would be leaving at the end of December, shoppers snapped up the workplace mockumentary.

“We’ll always have that format because people like to own entertainment and view it any time they want, especially their favorites,” she said.

Ray, owner of the 26-year-old CD Warehouse, has noticed a correlation between his sales and what’s making news. James Bond had a run after Sean Connery’s death in October. “Gone With the Wind” blew up last summer when HBO Max temporarily removed it because of its depiction of slavery. So did the gun-toting version of Yosemite Sam after he was stripped of his pistols in a recent “Looney Tunes” reboot.

Jean Haffner is also on the lookout for a bigger space for the Record Exchange. The 10,000-square-foot St. Louis Hills store, in a converted library, is crammed floor to ceiling and wall to wall. Six life-size Elvis Presley cutouts ascend the staircase, keeping watch over the overflow of albums and discs stacked in milk crates and old Franzia wine boxes.

In the music video section, pop singer Shakira is bookended by a Kenny Rogers special and a concert by the St. Louis Brass. A couple aisles over, 1980s comedy “Sixteen Candles” shares a shelf with a box set of World War II documentaries.

Haffner sometimes spends 12 hours a day overseeing inventory, trying to keep up with the constant in-and-out.

“I would say the DVD cycle is winding down,” he said, “but then I still sell 8-tracks.”

At Nickelflix, it’s more streamlined. Thousands of DVDs and Blu-rays sit atop folding tables and along shelves. Owner Dave Shannon, with the help of a couple of part-time employees, handles online orders in the back room. Dirty or scratched trade-ins are cleaned in an ECO Master machine; a batch of 50 is good as new in two hours.

Shannon built up his DVD business after an ill-timed foray into rentals. In 2008, he bought a kiosk, christened it Nickelflix, and placed it in the student union at Southern Illinois University Edwardsville. Then Redbox rolled in.

Stuck with hundreds of titles, Shannon started selling online. He bought more, and sold those off, too. On a visit to Memphis a few years ago, he came upon a DVD store and struck up a conversation with the owner.

Shannon could see the potential for brick-and-mortar success in St. Louis. He didn’t know of anyone else concentrating only on video discs. And streaming, paradoxically, could be a help.

“It’s taken half my customers, but now we can get trade-ins more cheaply,” Shannon said. He sells DVDs for $2 each, Blu-rays for $4.

Miranda Smith of Dittmer was at Nickelflix one recent Saturday to pick up what she called “the typicals” — comedies such as “Wayne’s World” and capers like the Ocean’s series.

Smith heard about Nickelflix on Facebook. Her family loves to have marathon-movie weekends, but without internet at home, they have few options.

“I miss the old Blockbusters,” she said. “And you’re never sure what you’ll get with Amazon.”

She had made it through most of the store, her basket of DVDs growing heavier at each table. But one film on her list was elusive.

And, then, near “The Green Lantern” and the first season of “Girls,” she found it.

It was her “Mission: Impossible.”

A comment from the company said the store had "technical issues caused by the weather;" it is open on Monday.

Prices rose 100-fold in some towns, like mid-Missouri's Fulton, which paid as much as $700,000 one day early last week, when the storm settled in, snow blanketed the state, and temperatures fell below zero.

The St. Louis-based natural gas utility Spire typically charges customers different rates on either side of the state, depending on costs in each area.

Construction on the project should take about a year.

The company said they should reopen in the coming days.

Two companies run 57 restaurants in Missouri and 13 in Illinois, with more than 1,660 full- and part-time employees.

Boeing has boosted employment on the F-15 line to about 1,500 direct workers, Kumar said, up from about 1,100 two years ago.

NEW YORK — Is it Mr. Potato Head or not?

The GOP-led House voted 123-33 Tuesday in favor of the bill.

A selection of DVDs for sale at Nickelflix, 9030 Gravois, in Affton on Saturday, Jan. 30, 2021. Owner Dave Shannon sells each for $2 while Blu-ray movies are $4. Photo by Robert Cohen, rcohen@post-dispatch.com