ST. LOUIS • Leveraging her connections to some of the architecture world’s biggest names, Emily Rauh Pulitzer and two partners are recruiting “internationally significant architects” for a $30 million housing development near Grand Center’s theaters and museums.

“One of the nice things about this block is it’s a blank palette,” said Steve Trampe of Owen Development, who is developing the project along with Pulitzer and James Maloney. “This is really an opportunity to take an entire block and make it different.”

The stretch of Olive Street between Vandeventer and Spring avenues — mostly vacant lots — would be turned into about 23 housing units in 17 buildings as well as an apartment building with 20 or so units, Trampe said. He hopes to begin construction in the spring after city approvals.

Over the course of a decade, the team has assembled the land along the street with the hope of some day developing truly unique housing there. Trampe compared the vision to something akin to Columbus, Ind., a small city known for its modernist architecture.

The group is still evaluating design proposals from various architects, but it has already signed renowned Mexican architect Tatiana Bilbao and her Tatiana Bilbao Estudio to assist with the project.

Pulitzer, whose family’s company formerly owned the Post-Dispatch, is a noted arts patron with an affinity for contemporary art. She built the Pulitzer Arts Foundation, a private art museum in Grand Center. Trampe led the rehab of the 1930s-era Continental Life Building, a 25-story Art Deco skyscraper near the corner of Olive Street and North Grand Boulevard.

Plans for the Olive Street project call for first building four model homes, each designed by “very different architects” from around the world, Trampe said. Prospective buyers would pick from those designs when they purchase a lot. Eventually, the team hopes to end up with designs from as many as a dozen different architects.

Though the architects are internationally renowned, Trampe said the homes wouldn’t be out of reach for middle-income buyers. They hope to offer new homes in the $400,000 range and build a neighborhood that attracts people who “really want to be part of something different.”

“We’re all at a point in our lives where we’re not looking to make money in everything we do,” Trampe said.

Meanwhile, the new residents will be an important addition to Grand Center, Trampe said, helping to support restaurants and adding some life to the area for when the Fox Theatre, Powell Hall and other attractions don’t have performances or exhibits that draw crowds.

Scattered throughout the development will be various amenities — a fountain, a playground, a vegetable garden. They also plan to utilize the still-standing Henry L. Wolfner Memorial Library for the Blind, on the National Register of Historic Places but vacant for years. Plans call for turning it into a clubhouse with health and exercise equipment. St. Louis-based architecture firm Axi:Ome is designing the Wolfner building rehab.

However, to make the site plan work, the developers are asking for the right to tear down the rear of the Wolfner building, which was built a few years later than the facade, which faces Olive .

In the eyes of the city’s Cultural Resources Office, the larger project justifies the request. The St. Louis Historic Preservation Commission will review it Monday.

The red-brick, Italian Renaissance Wolfner Library was constructed in 1898, originally as a telephone exchange for the Bell Telephone Company. The library for the blind opened in 1938 and was the first of its kind in the U.S. By 1940, it housed more Braille and talking books than any other library except the Library of Congress. It was named for Dr. Henry Wolfner, an eye doctor in St. Louis who died in 1935.

The rear portion of the building is less important than the facade, the city’s Cultural Resources Office argued in its report.

“Due to the significance of the architects designing the houses, and the careful preservation being undertaken on the decorative, front portion of the building, it is very likely the new construction will equal or exceed the loss of the unadorned, rear portion of the Wolfner Library,” the report said.

The developers had sought approval to tear down a portion of a historic building, though they plan to restore the street-facing facade. 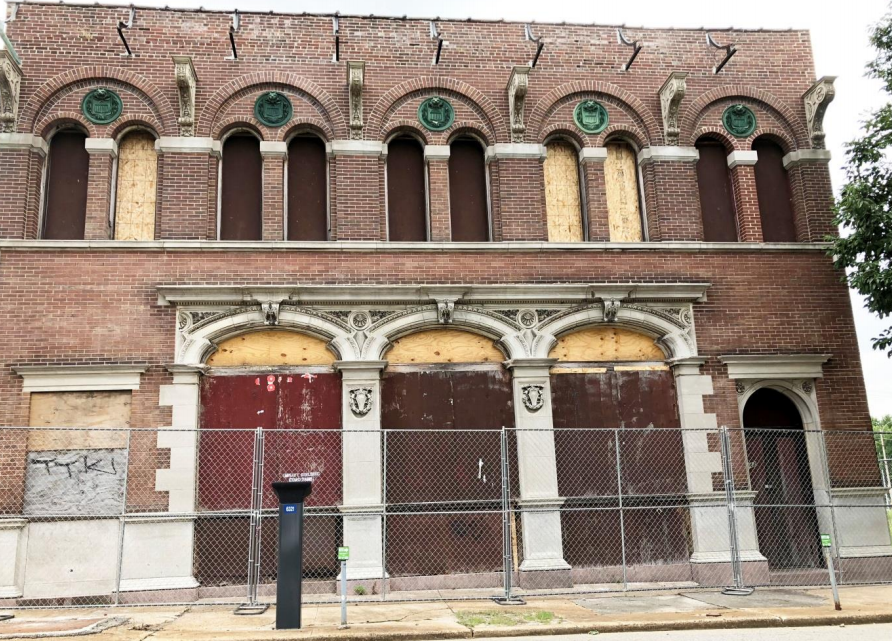 The Henry L. Wolfner Memorial Library for the Blind building at 3842-46 Olive Street, a historic building, would have its rear demolished as the stretch of Olive Street is redeveloped into houses designed by significant contemporary architects. The developer is affiliated with Emily Rauh Pulitzer. Photo via St. Louis Cultural Resources Office. 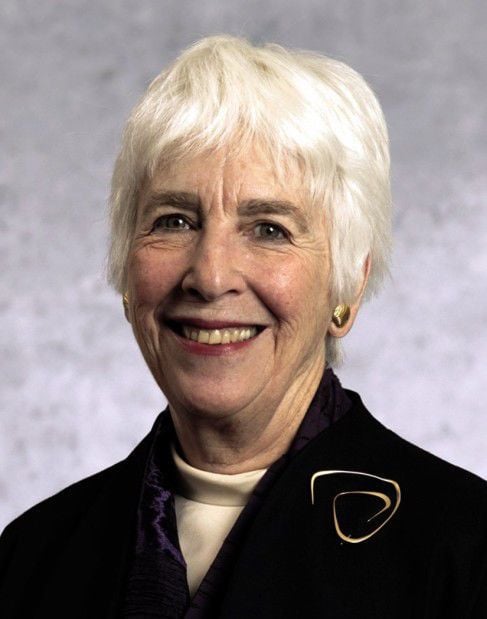 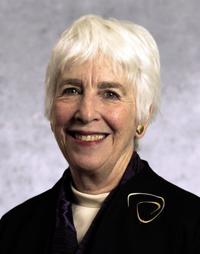