Even in Illinois coal communities, Trump's anticipated impact on industry is a source of debate
0 comments
Share this
{{featured_button_text}}
1 of 4 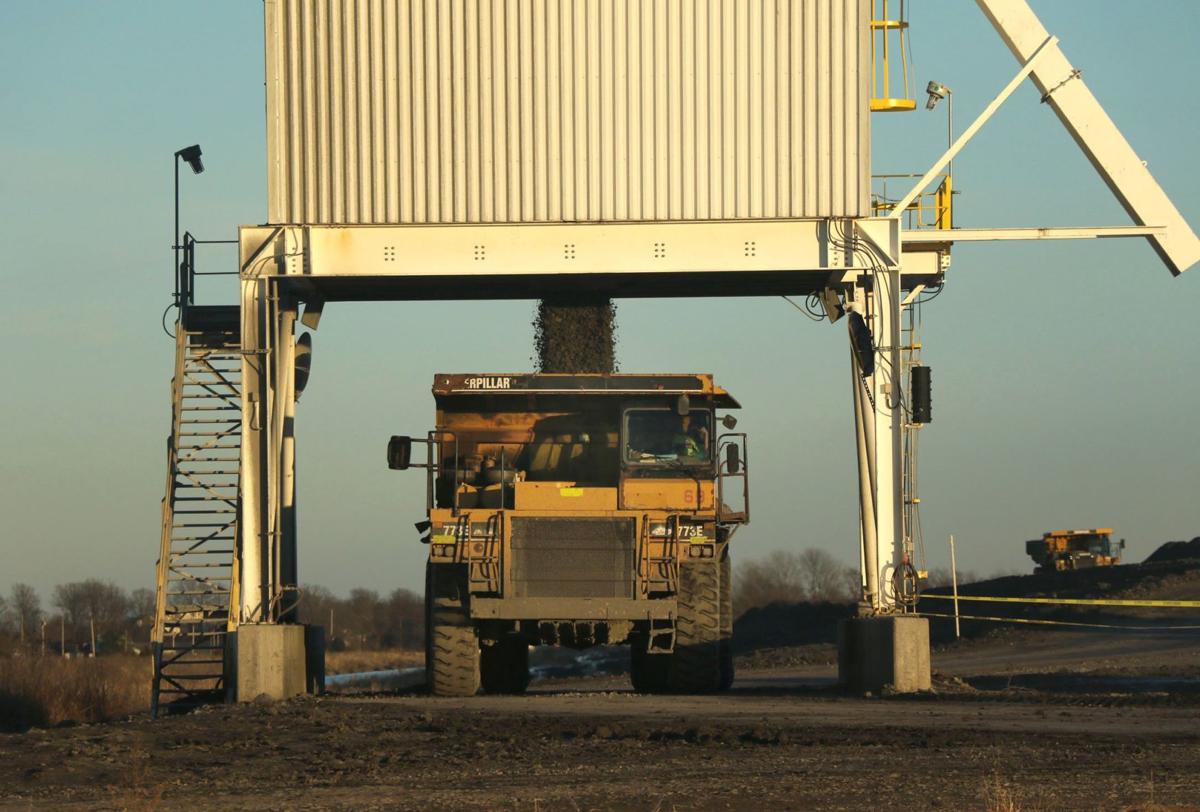 Coal is poured into a dump truck at Hamilton Country Coal, near Dahlgren, Ill., in January 2017. The trucks take the coal to get washed before its eventual shipment from the facility. Photo by Bryce Gray, bgray@post-dispatch.com 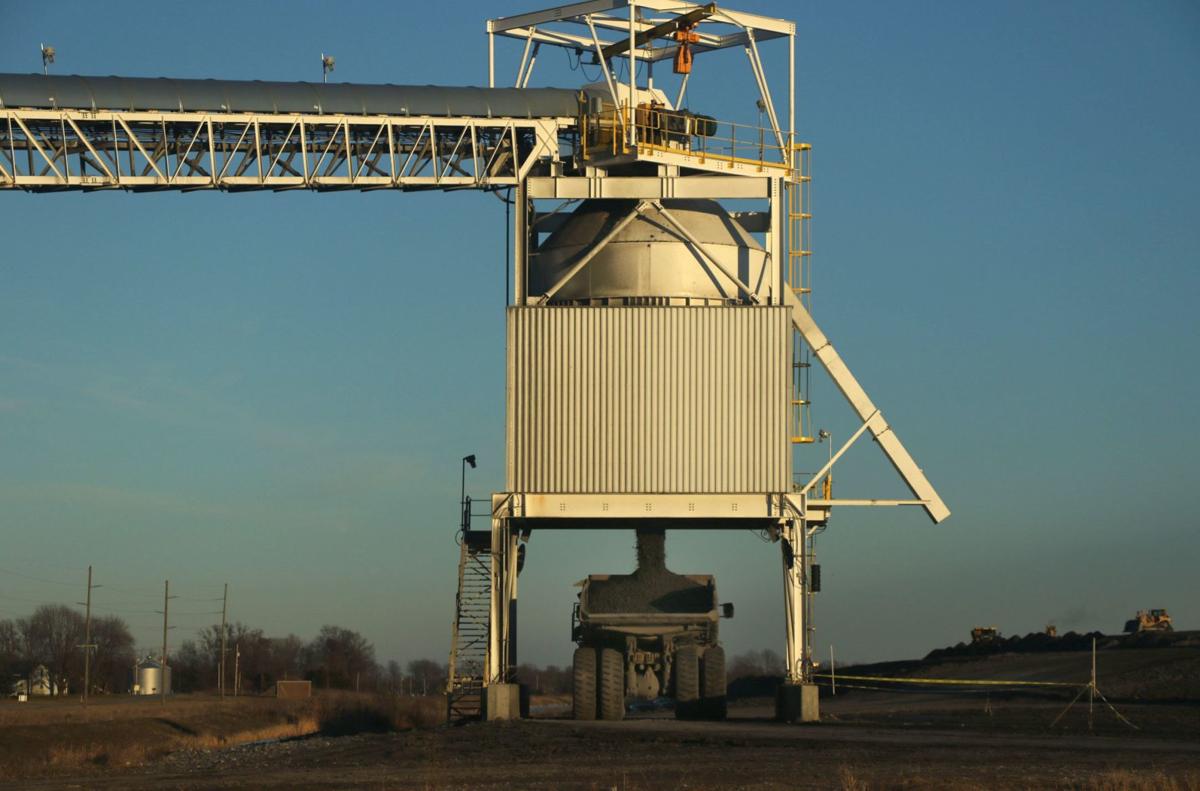 Coal is poured into a dump truck at Hamilton County Coal, near Dahlgren, Ill., in January 2017. The trucks take the coal to get washed before its eventual shipment from the facility. Photo by Bryce Gray, bgray@post-dispatch.com 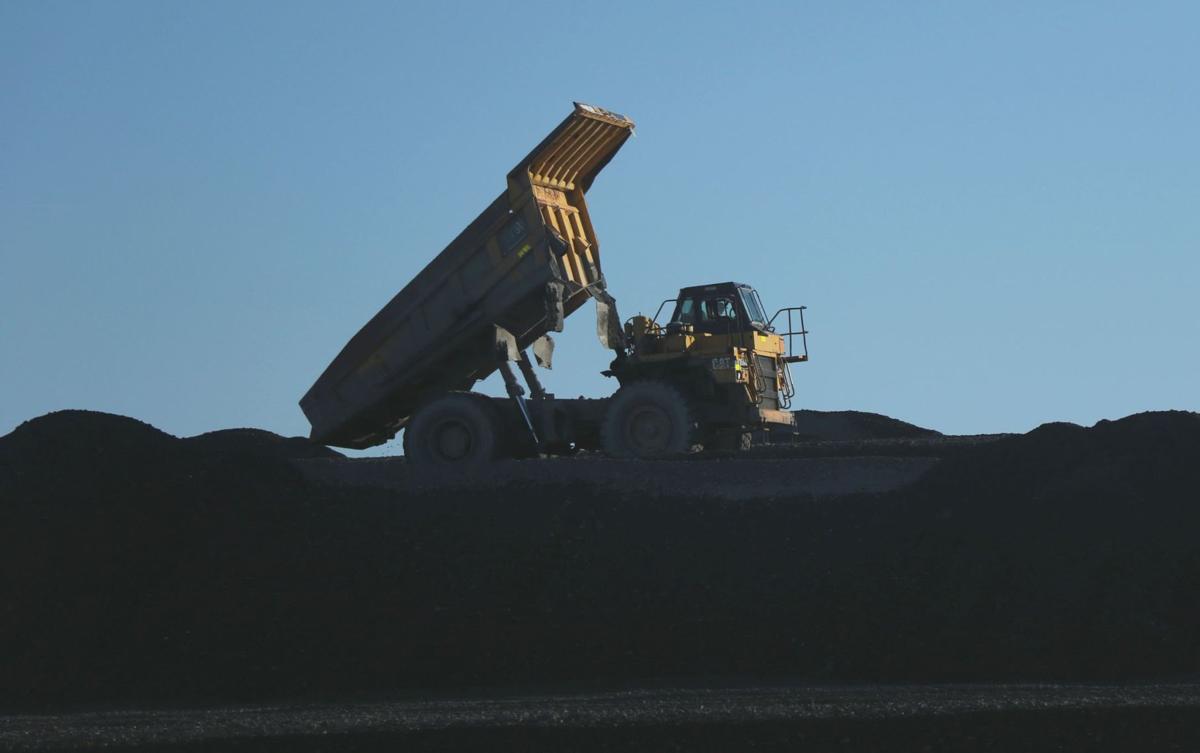 A dump truck empties its load at Hamilton County Coal, near Dahlgren, Ill., in January 2017. The mine added 30 new jobs in the month prior, amid an uptick in coal markets. Photo by Bryce Gray, bgray@post-dispatch.com 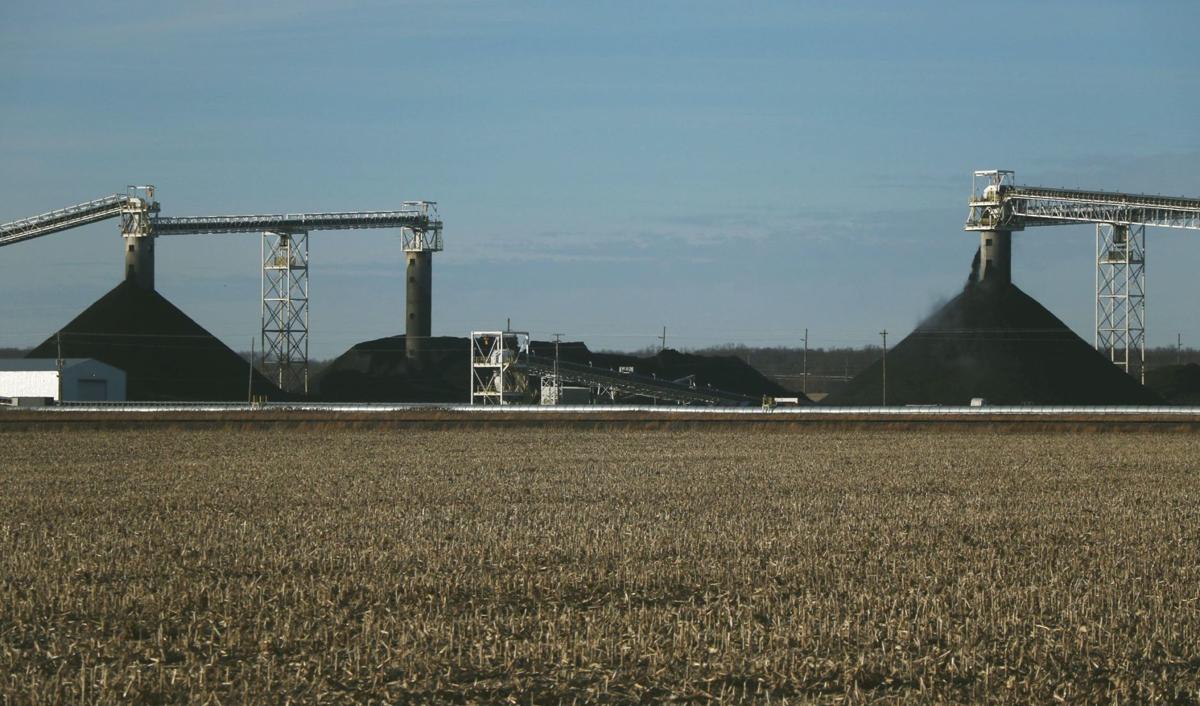 Coal from Hamilton County Coal's underground longwall mine near Dahlgren, Ill., is heaped in towering piles at the surface of the facility, in January 2017. The mine added 30 jobs the month prior, amid an uptick in coal markets. Photo by Bryce Gray, bgray@post-dispatch.com

CHRISTOPHER, Ill. • “Coal has been this county,” says Tom Vaughn, a lifelong resident of Southern Illinois and a Franklin County board member, before rattling off a brief history of the industry’s local prominence. Decades ago, he says, the county supported seven mines, then just one and then zero, before one eventually reopened.

“We were a single industry,” he says. “Everything depended on the fact that these guys had good-paying jobs.”

Just to the southeast is Saline County, the state’s top coal producer, where 1,090 coal industry jobs were lost in the last five years — the seventh-most of any U.S. county, according to recent data from S&P Global.

Though union mine jobs have disappeared over the years, “Proud Union Home” signs still dot the yards of retirees, hinting at Southern Illinois’ legacy as a formerly reliable stronghold for Democratic-voting coal families. But, even among some traditional Democrats, the coal industry’s struggles helped draw area votes to Donald Trump and other Republican candidates on Nov. 8. (Although Hillary Clinton carried Illinois, Trump handily won Franklin and Saline counties — along with most of the counties outside of Chicago.)

But now, given Trump’s pro-coal rhetoric, many people across the region express optimism about the incoming administration and newfound hope for the coal industry, which has faced years of challenges and cutbacks.

They see some hopeful signs.

Hamilton County Coal, an underground mining operation near Dahlgren, added 30 jobs this month, citing an “uptick” in the market, according to general manager Ezra French. The mine, owned by Alliance Resource Partners, had laid off about 200 workers in early 2016.

Harrisburg’s Dale Fowler, a Republican state senator-elect who ousted a long-time Democratic incumbent, says the new jobs at the Hamilton County mine are just one sign of newfound industry optimism.

“I have a lot of constituents in coal,” Fowler said. “The orders of equipment and parts have really started to increase [since the election].”

Trump, industry supporters say, will be able to help coal by undoing President Barack Obama’s policies such as the proposed Clean Power Plan, which could extend the lifespan of coal-fired power plants endangered by the plan’s targeted limits on carbon dioxide emissions, thereby propping up demand for the fuel source.

But there are skeptics, including some coal industry insiders, who say the momentum of market forces and technology will be tough to overcome.

“The real culprit here is not necessarily EPA [Environmental Protection Agency] regulations,” said Steve Earle, the vice president of the United Mine Workers of America district that encompasses Illinois, at a recent meeting about threatened benefits for coal retirees. “What we’re competing with is low natural gas prices.”

On the campaign trail, Trump made contradictory promises about restoring coal while also promoting the same oil and gas extraction largely responsible for undercutting coal in the first place. And since being elected, Trump has picked cabinet members who largely represent oil and gas interests — not coal.

“When you put oil executives in charge of our energy policy, what direction do you think we’re going to go?” said Gary Bartolotti, a retired coal miner and the mayor of Christopher, when asked about a potential rebound for coal. “I don’t in the foreseeable future see coal coming back like it was in the ’80s and ’90s around here.”

While natural gas from the fracking boom has wreaked havoc on coal in recent years, automation is a key factor in the longer-term decay of coal jobs.

Phil Gonet, president of the Illinois Coal Association, said the state produced 62 million tons of coal in 1990 and employed about 10,000 people in the industry. By 2014, though, he said, coal employment plummeted to about 4,500 workers statewide, while overall production budged only slightly, to 58 million tons.

“We produced about the same amount of coal as we did in 1990, with about half the people,” he says.

And in 2015, Gonet said, more than 57 percent of Illinois’ coal production came from a handful of mines that use longwall mining, a highly mechanized technique that removes large sections of coal at a time.

The increasing use of mechanization means that even if the industry were to recover, there would be fewer jobs to be had.

Some area residents say that the conflicting post-election outlooks for the coal industry may breathe new life into the tug-of-war between those trying to move beyond coal as the region’s economic base and those seeking to double down on the resource.

Back in Franklin County, Vaughn said finding ways to offset lost coal revenue was the biggest challenge for elected officials such as he.

“The new ‘coal mine’ for a while in Southern Illinois seemed to be prisons,” said Vaughn, noting the high number of them in the region. “You can’t run an economy on incarceration.”

Lately, Vaughn has come to support the idea of a state severance tax on coal production as an achievable step in the right direction. He said the measure would direct money back to coal-producing areas, generating revenue for infrastructure improvements which, in turn, may entice other industries to relocate to the area.

Illinois, the fourth-largest producer of domestic coal in 2015, is one of just three coal-producing states without a severance tax in place according to the Community Futures Initiative, a group advocating for the tax. The group points to the state’s fiscal woes and says a 5-percent severance tax would provide badly needed revenue. Besides infrastructure, they say that money would also support job training efforts and environmental cleanup costs associated with resource extraction.

But group member Pam Richart said that advocates were still building political support for the tax and that it was unclear when it might surface in the Legislature. If it does, the tax is sure to face stiff resistance from the state’s coal industry.

“It would make us less able to compete in the global market that we play in,” said Gonet, adding that Illinois coal producers already faced disadvantages compared with neighbors in Kentucky and Indiana, where he said mine permitting was easier and worker compensation costs were lower.

With or without a severance tax, a lasting turnaround for the region won’t be an easy fix, said Bartolotti, the coal miner turned mayor.

He noted that questions about how to attract a resilient set of diverse industries spiraled into national — not just regional — policy discussions about economics, trade and competitiveness. Bartolotti thinks coal can still be a valuable contributor to Southern Illinois’ economy, but other industries will also be needed to provide lift.

“I still believe coal can be a part of it but not the only solution,” he said.

Arch Coal, based in Creve Coeur, owns the Viper Mine in Williamsville.

Foresight Energy, based in St. Louis, operates Shay No. 1 Mine in Carlinville; the M Class No. 1 Mine and Viking Mine in Macedonia; and the Mach No. 1 Mine in Marion. Foresight partner Murray Energy owns the New Future Mine in Galatia.

Peabody Energy, based in St. Louis, operates the Gateway Mine in Coulterville; Wildcat Hills Mine in Equality; and Cottage Grove Mine, also in Equality.

Since President Barack Obama took office in January 2009, coal production has increased in Illinois to levels not seen since the early 1990s. Employment, however, continues to lag because of increased mechanization. Source: Illinois Coal Association

Since President Barack Obama took office in January 2009, coal production has increased in Illinois to levels not seen since the early 1990s. …

Coal is poured into a dump truck at Hamilton Country Coal, near Dahlgren, Ill., in January 2017. The trucks take the coal to get washed before its eventual shipment from the facility. Photo by Bryce Gray, bgray@post-dispatch.com

Coal is poured into a dump truck at Hamilton County Coal, near Dahlgren, Ill., in January 2017. The trucks take the coal to get washed before its eventual shipment from the facility. Photo by Bryce Gray, bgray@post-dispatch.com

A dump truck empties its load at Hamilton County Coal, near Dahlgren, Ill., in January 2017. The mine added 30 new jobs in the month prior, amid an uptick in coal markets. Photo by Bryce Gray, bgray@post-dispatch.com

Coal from Hamilton County Coal's underground longwall mine near Dahlgren, Ill., is heaped in towering piles at the surface of the facility, in January 2017. The mine added 30 jobs the month prior, amid an uptick in coal markets. Photo by Bryce Gray, bgray@post-dispatch.com