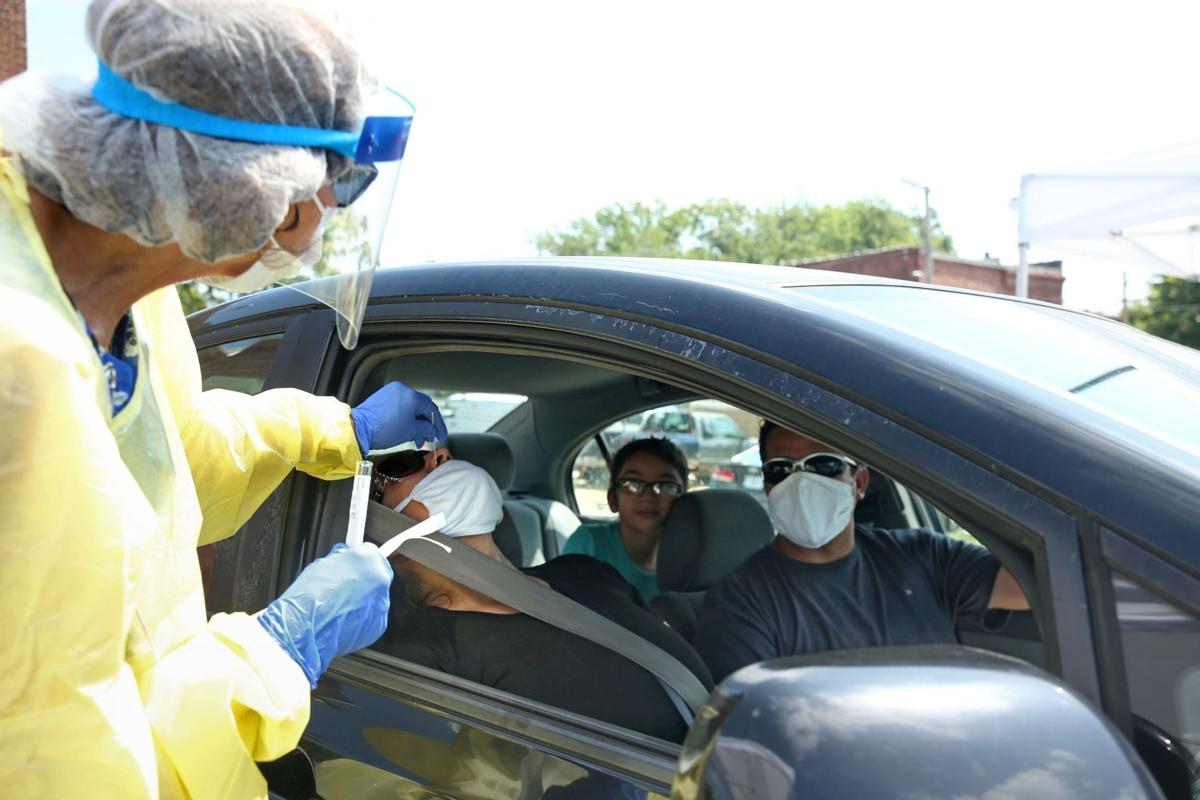 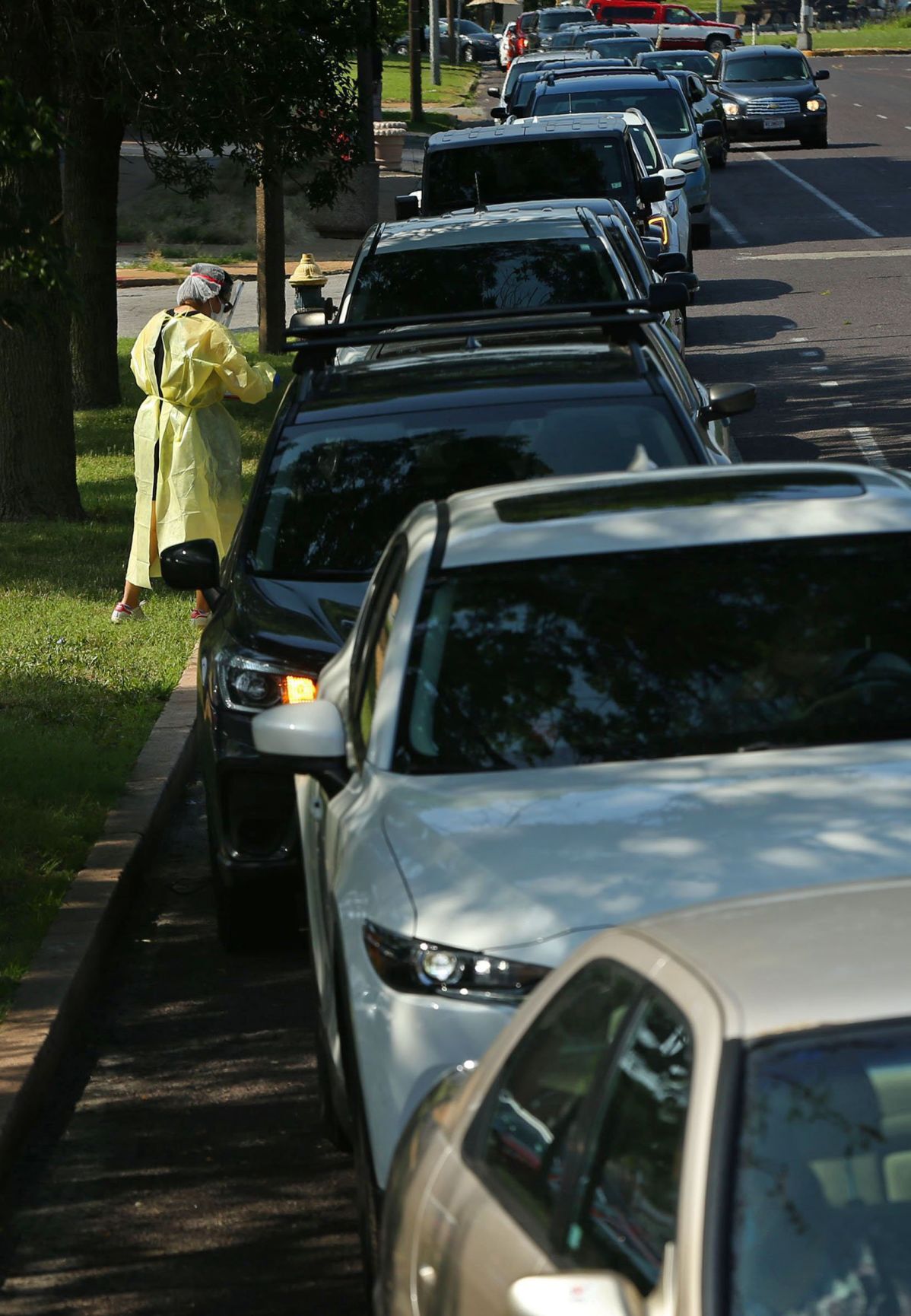 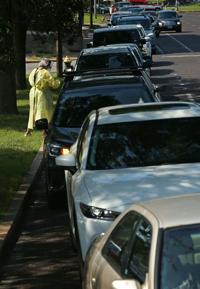 ST. LOUIS — Prominent local and national health experts are urging officials across the U.S. to begin sharing the details and locations of coronavirus outbreaks with the public. Greater transparency, they say, is essential to help Americans stay safe amid the intensifying pandemic.

Hundreds of contact tracers are at work now around the St. Louis area, retracing steps of the infected, notifying their close contacts, and hunting for lessons about the spread of the virus. But here, as in many regions, officials aren’t publicly identifying hotspots where multiple residents have likely contracted the virus.

“Where are people getting infected?” Caitlin Rivers, a professor at Johns Hopkins University focused on infectious disease outbreaks and public health policy, said in a set of posts on Twitter last week. “How well is contact tracing working? These are things we should know.”

Rivers was a lead author of a recent report outlining a list of changes the nation needs to employ in its struggle against the coronavirus. One top priority, it says, is to publicize detailed analyses of data from case investigations and contact tracing, so that individuals and organizations can better navigate pivotal choices.

“Such insights could guide decisions about closing bars or other high-risk settings and would also allow individuals to better assess the risk of visiting those places if they do remain open,” said the report. It added that, at present, “school and healthcare system administrators, business leaders, and families and individuals all conduct regular risk assessments and make decisions based on little data because detailed, standardized, and high-quality data are not generally available.”

In St. Louis County, public health officials said that, beyond sharing information with local leaders to inform policymaking, they strive to publicize the key lessons learned from contact tracing — like highlighting the potential transmission risks in workplace break rooms, for example. And they will notify the public, as needed, when there are known, uncontained risks after contacts cannot be reached.

“We walk a fine line in much of this data about how to protect (the privacy of) individuals,” said Spring Schmidt, the acting director of the St. Louis County Department of Public Health. “We do think about these kinds of things a lot.”

But some say that publicly identifying specific hot spots is less valuable now, because the virus is so widespread.

For instance, the Springfield-Greene County Health Department — which serves the state’s third-largest metropolitan area — had long published lists of public spaces where infectious people had been, naming stores, restaurants, swimming pools, and more, along with the time and other relevant details about their visit. But just a couple weeks ago, the agency stopped making those lists.

“We just got in the heat of disease surge. We basically got our capacity outstripped,” said Clay Goddard, the department’s director of health.

Now, he says, “you need to behave as if anywhere you go, you’re at risk of disease.”

Still, Greene County has just 1,400 cases — one-tenth the total in St. Louis County, and about one-third the rate of infection.

Some places in the state are still employing similar notifications, at times. Just last week in Jackson County — which includes Kansas City — the health department posted a notice about exposure risk at a couple locations, including a church tied to at least 30 confirmed cases of the virus. More than 300 people, it estimated, were exposed over a five-day period at the site.

“Our intent is never to put anyone on blast,” said Kayla Parker, communications coordinator for the Jackson County Health Department. “We’re just putting this out there for public safety.”

And contact tracing is getting tougher now, thanks to the shifting and accelerating nature of the outbreak.

First, there’s simply the expanding scale of the outbreak: Missouri on Thursday reported 1,062 new cases, the 15th 1,000-plus day since July 21. St. Louis County is now consistently reporting more than twice as many new daily cases than it was at the start of July. On Thursday, the county reported 288.

Also, infections are shifting to younger individuals, who are often exposed to larger groups. Contact tracers, for instance, might find 10 to 15 people who were close to infected individuals in a typical case, said Larry Jones, executive director of the Missouri Center for Public Health Excellence. But that number can billow to between 50 and 100 when the infected individuals are in their early 20s.

But possibly the biggest hurdle? Lagging test results, which can take days, or even weeks, to get back, possibly exposing exponentially more residents to those infected.

Overall, experts worry that contact tracing efforts are being outgunned and overwhelmed, thanks to careless behaviors, an absence of statewide action, and insufficient funding — particularly in Missouri’s rural areas.

“There’s no statewide plan,” said Jones, the center director. “People don’t stay in their jurisdictions, they travel. Especially in the summer. … You’ve got people going back and forth and bringing the virus back and forth across county lines.”

But even in the comparatively well-funded urban health departments around St. Louis, contact tracing could be losing its punch amid a deluge of new cases that officials say threatens to saturate the system.

“There’s so much virus in the community right now, and we have so many positive cases,” said Dr. Alex Garza, the head of the St. Louis Metropolitan Pandemic Task Force, “that it’s incredibly difficult for our public health partners to keep pace.”

That keeps the onus on the public, more than ever, experts said, to wear masks and avoid crowds.

“The key is to get the number of cases down, so that we can do effective testing, effective tracing, and effective quarantine,” said Garza. “Otherwise, we’re just going to keep chasing this thing over time, and we’re never going to be able to get out of it.”

After a lockbuster run, north St. Louis institution is closing up shop

The squat brick building at the corner of North Kingshighway and Page Boulevard will be locked for the last time — almost a century of locksmithing history ceding to age and technology.

The head of the company that owns Union Station said the dispute was over change orders and was recently resolved.

Wait til next year: As MLB plays on, the businesses it feeds fight for survival

Step outside the gates, and the artifice evaporates. Reality sets in.

In a pandemic, even discount grocer Save A Lot offers grocery delivery, curbside pickup

It's testing a pilot program locally for two months, and hopes to expand nationally by the end of the year

This month the EPA may approve a work plan that leads to 1,500 additional samples being collected at the site.

The landlord was accused of ignoring complaints about roach and rat infestations, raw sewage, a lack of air conditioning and heat, and apartment ceilings that had collapsed.

The move comes amid a particularly rough stretch for the company, and for the coal business, at large.

British man gets 5 years for hacking US companies, including some in St. Louis area

Nathan Wyatt was sentenced Monday to five years in federal prison for a hacking conspiracy that targeted several companies.