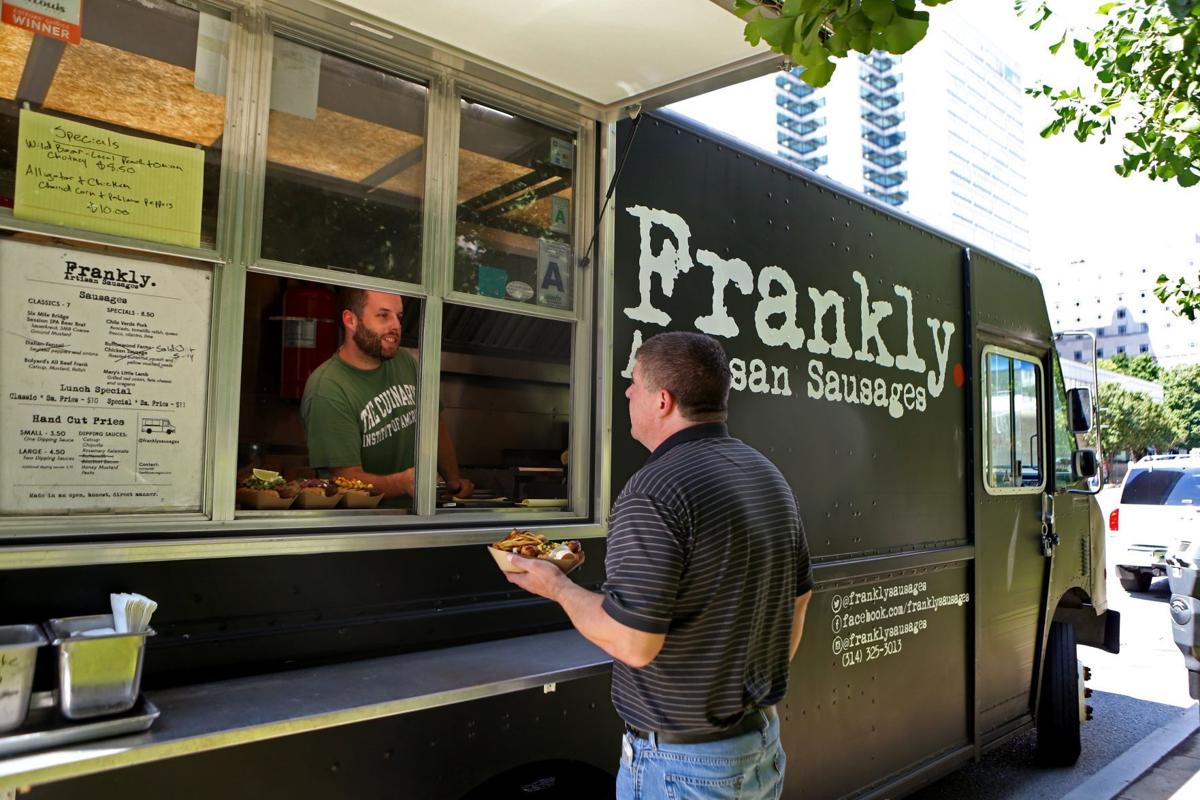 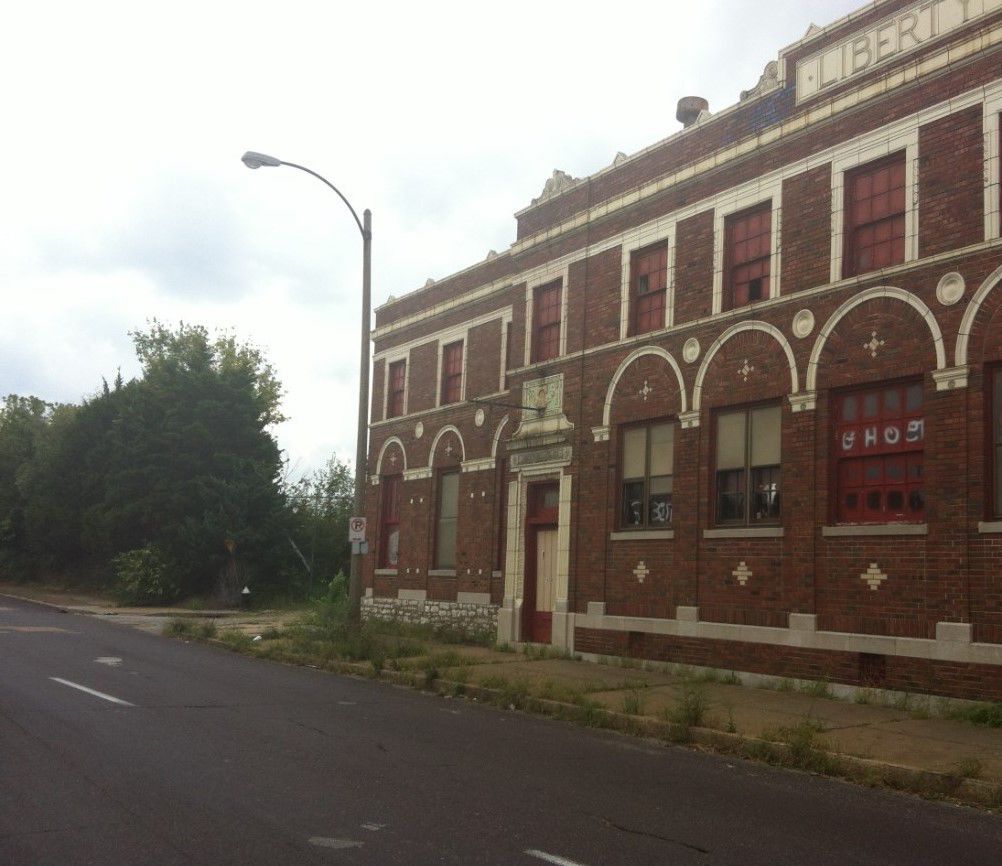 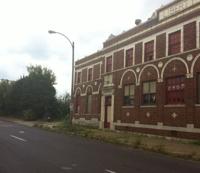 Liberty Bell Oil building with the planned food truck park in the area on the left. 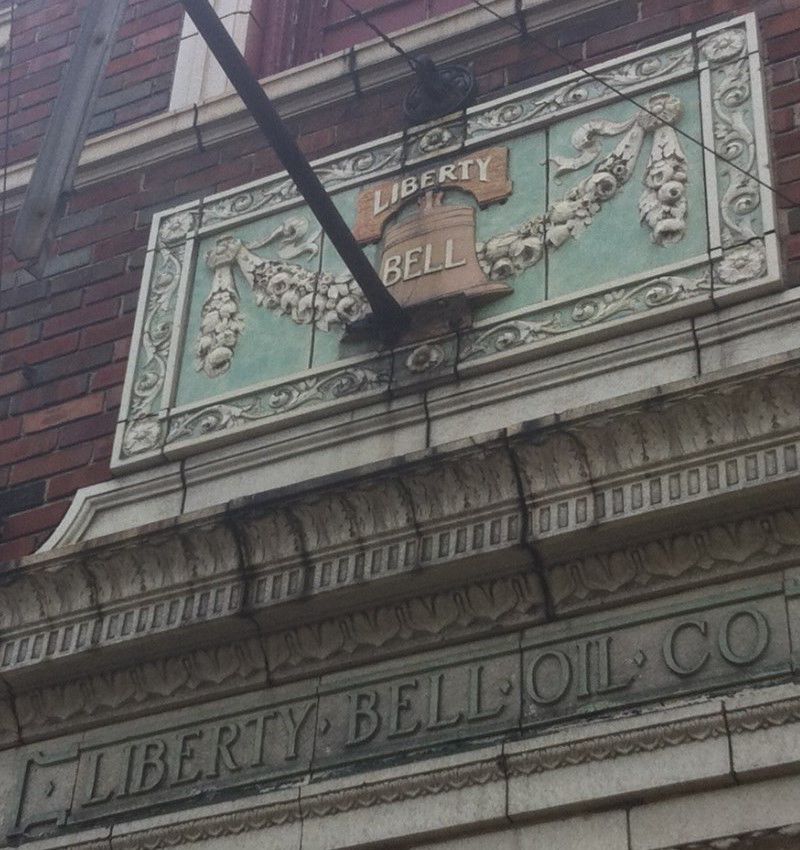 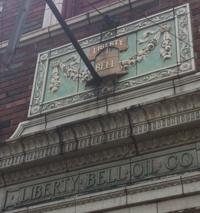 St. Louis may soon get its first food truck park — a regular gathering spot for some of the area’s best-regarded mobile kitchens. The proposed site is on a stretch of South Vandeventer Avenue — not far from the popular Grove entertainment district — that officials hope to regenerate with new businesses.

Some planning remains, and the park’s developers have yet to choose the project’s name. But they have a site and hope to conduct a food truck pop-up event there this fall.

If plans work out, next spring a rotating assemblage of food trucks will begin to operate daily on what is now an overgrown lot next to the long-ago home of Liberty Bell Oil Co. The vacant building at 1430 South Vandeventer will be redone as the joint commissary for the food trucks.

And not just any food trucks. Jamie and Bill Cawthon, whose Frankly Artisan Sausages food truck hit the streets last year, will vet food truck operators who want to use the park on Vandeventer.

“This will be food sort of curated by Bill,” Jamie Cawthon said. “We want people to know that the food they’re getting in this park is of excellent quality.”

Miller said the section of Vandeventer, predominantly an area of light industry, “is definitely prime for redevelopment.”

“In the next five years it will be interesting to see how it will develop,” he added.

Miller said he chose Vandeventer for the food truck park, in part, because it is more budget-friendly than the rapidly growing Grove. He plans to get the Liberty Bell building on the National Register of Historic Places, which would qualify its rehab for historic preservation tax credits, and brownfields tax credits to clean up the site, which had been used for truck service and, before that, waste oil mixing.

In addition to rehabbing the Liberty Bell building, Miller plans to remodel a smaller building on the site as an event center with a rooftop deck. To help make the food truck park family-friendly, a playground for kids also is planned.

The overall project took a step forward Wednesday when Paramount obtained from the city’s Land Reutilization Authority a 12-month option to buy for $100,000 four LRA-owned parcels adjacent to the Liberty Bell building.

She said St. Louis is an established food truck city and added that the Vandeventer site is “a big, beautiful lot” with “a ton of space.”

“There’s a lot of potential for what we want to do in there,” she added.

Also coming to that stretch of Vandeventer is Rockwell Beer Co., a microbrewery run by Andy Hille, a brewer at Perennial Artisan Ales. Hille hopes to open by next summer his Rockwell brewery, tasting room and store.

He said Vandeventer, where he is about finalize the site of Rockwell’s brewery, is “the new frontier of the Grove neighborhood.” Hille said he scouted Manchester Avenue for the $4 million Rockwell project but found more opportunity on Vandeventer, where “we get to be kind of trailblazers.” He added that he looks forward to being near the food truck park.

Cawthon said the park will work with food truck operators and other food preparers who need a commercial kitchen. She said she is unsure how many food trucks and customers the park will be able to handle.

“We’ll flow with the vibe on who’s coming,” Cawthon said.

Here are updates on projects downtown, in the Grove and elsewhere

Lacassian Lofts project, located in downtown St. Louis, will be completed by fall.

Preservation Board OKs demo of building in Grove historic district

Planned for the site is a larger building of contemporary design

Liberty Bell Oil building with the planned food truck park in the area on the left.