How does J.C. Penney stop the bleeding?
0 comments
Share this
Support local journalism for 99¢
1 of 2 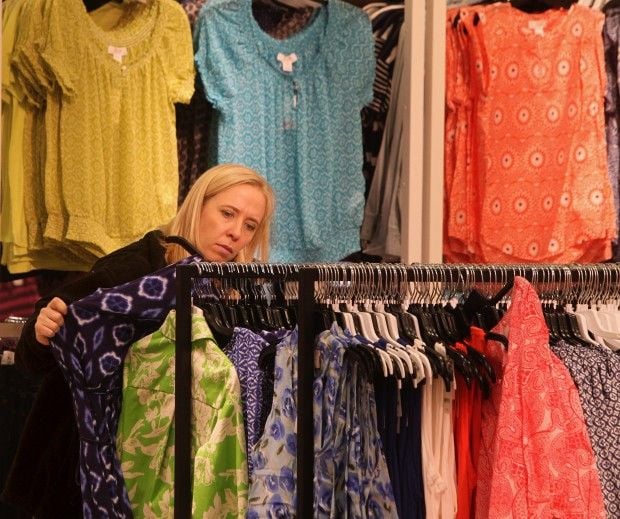 Tammy Fish of Creve Coeur browses clothing in the new Joe Fresh line of clothing at J.C. Penney at West County Center on Thursday, April 11, 2013. "The colors are awesome," she said. The new line debuted at the stores at the beginning of April. Photo by Christian Gooden, cgooden@post-dispatch.com 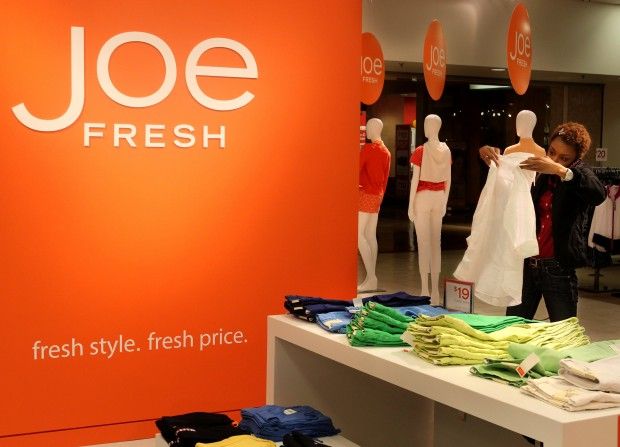 LaKecia Veal of University City shops for a shirt in the new Joe Fresh line of clothing at J.C. Penney at West County Center before purchasing it on Thursday, April 11, 2013. "What drew me was the sign that said 'Classic T-shirt.' The new line debuted at the stores at the beginning of April. Photo by Christian Gooden, cgooden@post-dispatch.com

Well, that didn’t work. So now what?

After being in a free fall for more than a year, J.C. Penney is finally trying to stop the bleeding. Ron Johnson, the former Apple executive who promised to breathe new life into the American department store, was finally pushed out this week as chief executive. His bold pricing strategy, which basically eliminated sales and coupons, not only fell flat — but, well, bombed.

Martin Sneider, a retail professor at Washington University, was skeptical from the start about Johnson’s “fair and square” system of low everyday prices. After all, he has seen many other retailers in the past try to wean consumers off sales — and fail miserably.

So what does J.C. Penney do now to get itself back on track?

At this point, Sneider said, the company needs to move fast. And it needs to do this: bring back the promotions!

“My guess is there will be sales galore — and lots of advertising urging customers to come back to the store,” he said. “This is an emergency situation.”

After all, it appears J.C. Penney has lost about a third of its customers in the past year while this experiment has been playing out, Sneider noted. Sales plummeted 25 percent in the last fiscal year.

Myron Ullman, J.C. Penney’s former CEO, was tapped earlier this week to come back to help right the ship. Sneider’s guess is that Ullman will be an interim leader who will serve for a year or a little more to help stabilize the company. It’s not unlike when Warren Buffett was brought in to help Salomon Brothers in the 1990s, he noted.

After bringing back sales, the next question will be what to keep and what to jettison from Johnson’s overhaul. What about the 400 brands he kicked out of the department stores?

Johnson had thrown out many of the brands the company has sold for years in favor of more contemporary and upscale brands to infuse the stores with a fresher, more modern assortment.

“Ullman needs to go to 7th Avenue and convince those brands that they belong in J.C. Penney because their customers have historically liked those brands,” Sneider said.

And then there is the physical remodeling of stores into mini-boutiques, which is still in the midst of being rolled out. One of those stores-within-a-store concepts was Joe Fresh, which began hitting stores last month.

Walking through the West County Center store, you can’t miss the evidence of the next stage, which is under construction and will result in new home stores. The smell of sawdust is unmistakable and huge white tarps separate the areas being remodeled.

Robin Lewis, an independent retail analyst, praises this store-within-a-store concept and said he hopes — and expects — that Ullman will stick with them.

“I can’t imagine they are going to stop the conversion of those stores,” he said. “What are they going to do — have half of the store looking modern and the other looking like the 19th century?”

Lewis, who admits he originally bought into the “fair and square” pricing strategy, added that Johnson’s “catastrophic misstep” was to put the new pricing into place before the stores had been transformed.

“Had he done that first, the consumer would have seen all of the added value,” he said. “They would have experienced this wonderful new place.”

Instead, he alienated his core customer base, many of whom were older folks who were accustomed to their coupons and sales. Habits, we know, are hard to break.

Still, Lewis acknowledged that it’s not clear whether the pricing strategy would have worked if it had been enacted after the stores were remodeled. But it would have at least had a better shot, he ventured.

In the last few months, as Johnson felt pressure from Wall Street, he had begun to backtrack a bit on his pricing, bringing back some sales and $10-off coupons.

Some of his defenders say he wasn’t given enough time — that the sales would have begun to turn around after the stores were completely remodeled.

While it’s easy in hindsight to heap lots of criticism on Johnson’s experiment, there were some consumers with whom his ideas struck a chord.

Granted the shoppers perusing the aisles of J.C. Penney’s store at West County Center earlier this week were not those who abandoned the store after the new strategy was put in place. But still, many of those shoppers said they liked some of the changes.

“I think it gives them a fresh look,” said Sue Hamilton of Collinsville.

And while she knows a lot of people loved the coupons, she wasn’t sad to see them go.

“I liked a lot of what they were trying to do,” she said. “I get tired of all the coupons.”

Shirley Harrell of University City, a longtime J.C. Penney customer, seemed ambivalent about the coupon issue. She continued to shop there even when they disappeared.

But then what brought her into shop at the store on this day?

A 20 percent off coupon Harrell had recently received in the mail.

Bonfyre, a local startup and app, offers a more private way to share

App allows social sharing at a specific event or conference.

Tammy Fish of Creve Coeur browses clothing in the new Joe Fresh line of clothing at J.C. Penney at West County Center on Thursday, April 11, 2013. "The colors are awesome," she said. The new line debuted at the stores at the beginning of April. Photo by Christian Gooden, cgooden@post-dispatch.com

LaKecia Veal of University City shops for a shirt in the new Joe Fresh line of clothing at J.C. Penney at West County Center before purchasing it on Thursday, April 11, 2013. "What drew me was the sign that said 'Classic T-shirt.' The new line debuted at the stores at the beginning of April. Photo by Christian Gooden, cgooden@post-dispatch.com