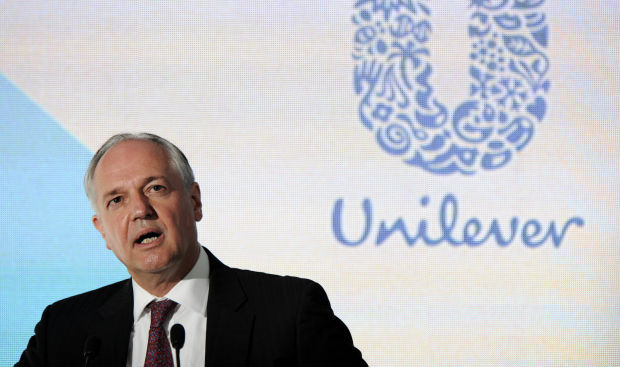 Paul Polman, chief executive officer of Unilever. After years of positioning butter as the enemy of margarine, the battle is over, he said in a Dec. 5 investor conference. Photographer: Munshi Ahmed/Bloomberg 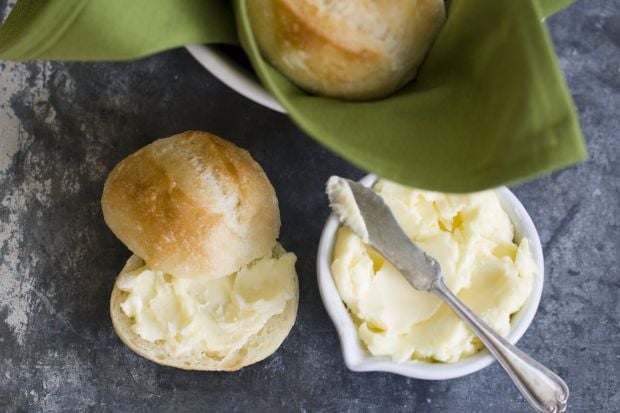 LONDON • Paul Polman, the head of margarine maker Unilever, has criticized butter in the past, saying the dairy fat “kills.” With sales of the company’s spreads sagging, he is now embracing it.

In what Unilever Foods President Antoine de Saint-Affrique calls a “fundamental turnaround” of a $4.8 billion business that has struggled for years, Unilever added butter in September to Rama in Germany, the biggest spread brand in that market.

After years of positioning butter as the enemy of margarine, the battle is over, Saint-Affrique said in a Dec. 5 investor conference.

Unilever’s surrender comes as butter makes a comeback, lifted by new nutrition research, cooking shows and a consumer embrace of all things natural.

Per-capita butter consumption hit a 44-year high in 2012, according to U.S. government data, while margarine is at a 70-year low. In Germany, butter outsells margarine by a three-to-one ratio, according to data tracker IRI.

“Margarine has become a marker for cheap, processed, artificial, unhealthy food,” says Marion Nestle, a nutrition professor at New York University. “The irony is hilarious. Unilever went to a lot of trouble to formulate healthy margarines, but the zeitgeist has caught up with them.”

For Unilever, adding butter to Rama comes after unit sales in the division that includes spreads have declined for six straight quarters. Analysts expect another decrease when the company reports fourth-quarter results Jan. 21.

A Unilever spokeswoman declined to comment on the unit’s performance or elaborate on the addition of butter ahead of the company’s report. Spreads account for about 7 percent of the company’s total sales.

With brands such as Flora, Country Crock and I Can’t Believe It’s Not Butter, London- and Rotterdam-based Unilever is the world’s leading maker of spreads with more than 30 percent of the market, according to Euromonitor.

Margarine was invented by a French chemist in 1869 after Napoleon III offered a prize for making an alternative to butter to feed his troops and the poor. The chemist sold his patent to a Dutch company that is now part of Unilever, and the product grew more popular amid butter shortages in World War II.

Over time, Unilever has improved the health profile of its spreads, phasing out the use of artery-clogging trans fats and adding Omega-3 fatty acids and plant sterols to reduce cholesterol. Today, the products most people call margarine are spreads, better-tasting variants made from oils and fats that emerged in the 1970s.

Unilever has positioned margarine as more healthful and less expensive than butter, as vegetable oils have less saturated fat and cost less than the cream used for butter. In 2009, Polman’s first year as CEO, the company began an ad campaign touting the “Goodness of Margarine.”

Cool Blend spreads hit the European market in 2012. But in key markets, including Britain, consumers recoiled at the new taste, forcing the company to switch back to the original formulation last year.

While Flora floundered, butter flourished. A 21 percent drop in the wholesale price of butter last summer made it more affordable compared with spreads. And new research has challenged the long-held view that the saturated fat in butter causes heart disease.

Butter also benefits from the trend toward more natural foods with simple ingredients, a desire kindled by celebrity chefs and cooking shows, like the Food Network’s “Heartland Table,” which calls butter “the essential lifeblood of every dish.”

Meanwhile, Unilever investors are running out of patience with spreads. Calls to sell some or all of the business are mounting, according to MainFirst analyst Alain-Sebastian Oberhuber.

“If it’s a battle they can’t win, I’m not sure if it’s smart to keep battling,” he said. “It’s better to divest as long as the margins and cash flow are still strong and to get a decent price for it.”

Tax on sugary soda is proposed in Illinois

Paul Polman, chief executive officer of Unilever. After years of positioning butter as the enemy of margarine, the battle is over, he said in a Dec. 5 investor conference. Photographer: Munshi Ahmed/Bloomberg