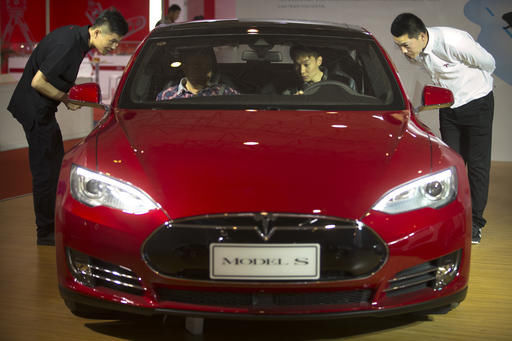 In this Monday, April 25, 2016, file photo, staff members talk with visitors as they sit inside a Tesla Model S electric car on display at the Beijing International Automotive Exhibition in Beijing.  (AP Photo/Mark Schiefelbein, File) 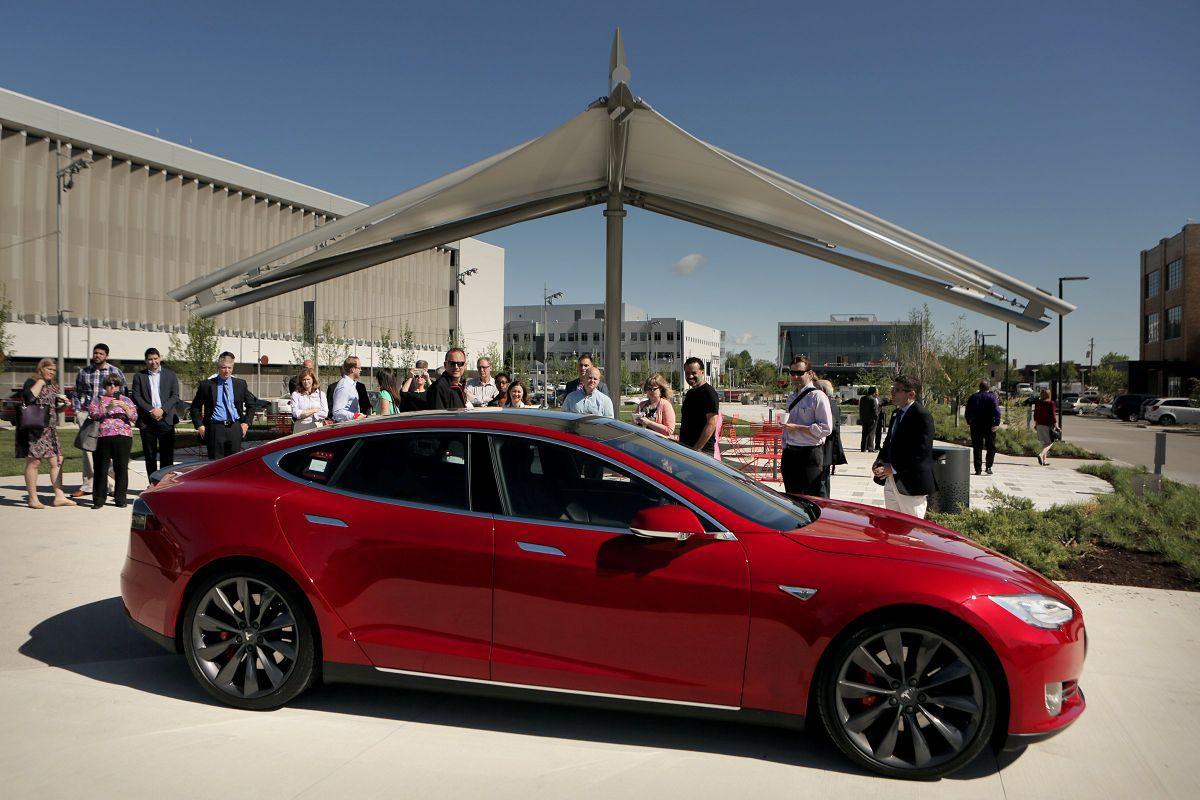 A Tesla store manager demonstrates the driverless "Summon" feature of the all electric car during a Urban Land Institute St. Louis program on Thursday, April 28, 2016 in St. Louis. Photo by Huy Mach, Post-Dispatch.

Tesla’s licenses to sell cars in Missouri are in jeopardy after a circuit judge ruled the electric car maker is not a franchisee and its licenses should not be renewed by the Missouri Department of Revenue.

But on Wednesday, the Circuit Court of Cole County agreed with MADA and ruled in favor of MADA’s motion for summary judgment.

Under state law, “a single entity may not manufacture vehicles for sale in Missouri and possess a Missouri new motor vehicle dealer license,” Judge Daniel Green wrote in the ruling.

The ruling doesn’t revoke Tesla’s existing licenses but states the revenue department is prohibited from renewing Tesla’s licenses to sell or issuing new licenses to Tesla.

“Subject to limited exceptions that are not applicable in this case, a franchisor is prohibited from owning or operating a new motor vehicle dealership in Missouri,” Judge Green’s ruling states.

A spokeswoman for the office of the Missouri attorney general, which represents the revenue department, said the AG’s office is reviewing the ruling.

The revenue department issued motor vehicle franchise dealer licenses to Tesla for the Tesla dealership in University City in 2013 and for the dealership in Kansas City in 2014. Tesla also recently requested a change in zoning in Chesterfield to open a new facility.

“Tesla makes a tremendous product, and we want Missouri consumers to have access to purchase a Tesla if they choose to,” MADA President and CEO Doug Smith said in a statement. “However, we have held the position from the start that the Missouri Department of Revenue erroneously granted a motor vehicle dealer license to Tesla — in violation of Missouri law. All we have ever requested is that any new manufacturer be treated the same as other vehicle manufacturers in Missouri, which are all required to employ a system of sales that uses an automobile dealer to deliver the vehicle to Missouri consumers.”

Tesla, which has said it viewed MADA’s lawsuit as way to limit competition, was not initially a party in the lawsuit. But its request to intervene in the case to avoid separate litigation was approved by the judge.

In an emailed statement to the Post-Dispatch, a Tesla spokesperson said the company plans to fight to continue to sell vehicles in Missouri: “The statute in Missouri permits Tesla to sell directly and the State Agency has supported these laws by granting Tesla licenses to serve its customers in Missouri,” Tesla’s statement said.

“Following today’s trial court decision, Tesla will take all appropriate steps in the courts to ensure that Missouri consumers continue to have the right to choose how they purchase their vehicles.”

Ameren wants to install six such stations between St. Louis and Jefferson City

Cost to charge is $5.95, plus an additional 20 cents per minute of use

It's seeking a declaratory judgment to strike down an 'anti-Tesla' state law.

In this Monday, April 25, 2016, file photo, staff members talk with visitors as they sit inside a Tesla Model S electric car on display at the Beijing International Automotive Exhibition in Beijing.  (AP Photo/Mark Schiefelbein, File)

A Tesla store manager demonstrates the driverless "Summon" feature of the all electric car during a Urban Land Institute St. Louis program on Thursday, April 28, 2016 in St. Louis. Photo by Huy Mach, Post-Dispatch.