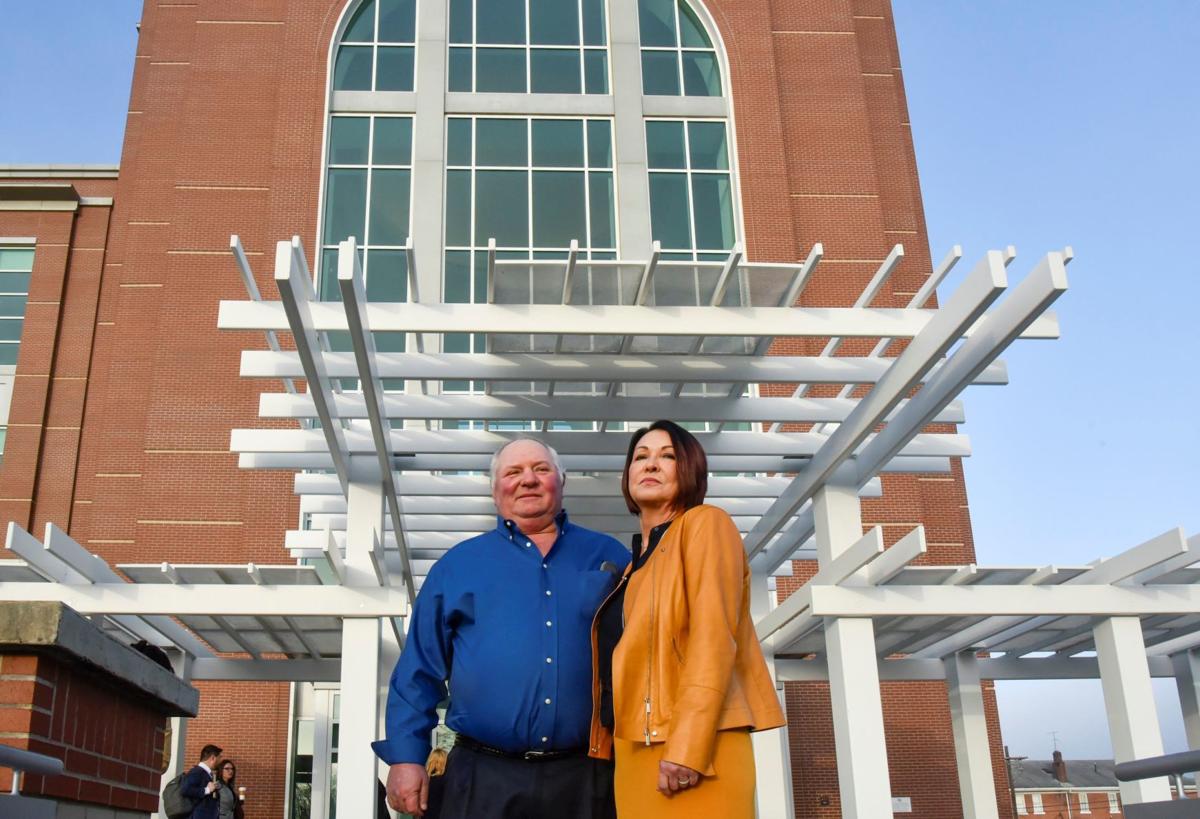 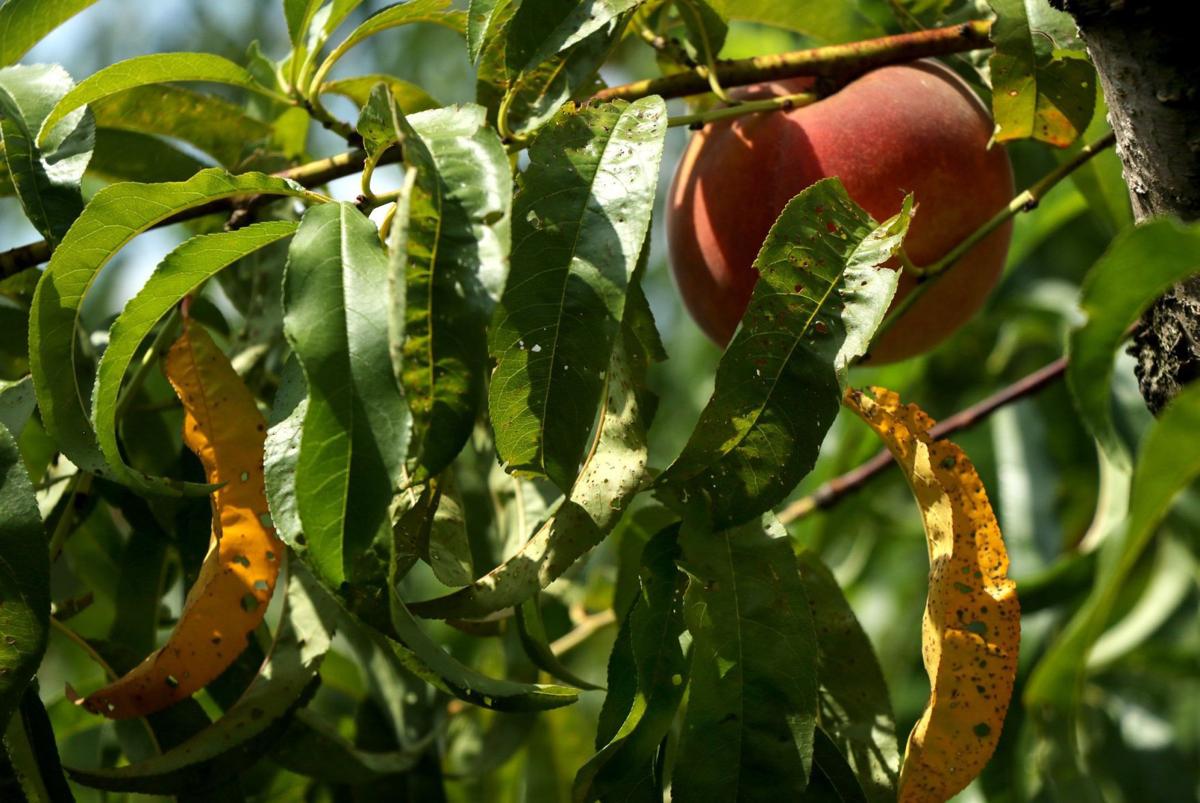 CAPE GIRARDEAU — A federal jury on Friday found in favor of Bader Farms, a Campbell, Missouri-based peach grower that blamed agrochemical giants Bayer and BASF for encouraging the use of the weedkiller dicamba and causing irreparable damage to its business.

Jurors awarded Bader Farms $15 million of the $20.9 million it sought. They also found Bayer — the German company that acquired Creve Coeur-based Monsanto in 2018 — must pay punitive damages. That amount will be decided Saturday. It was unclear Friday whether BASF also is liable for punitive damages.

The verdict, which likely will be appealed, is expected to hold far-reaching implications for a wave of similar litigation that also blames dicamba for millions of acres of crop damage seen across U.S. farms in recent years, as the weedkiller has soared to prominence in commercial agriculture.

The jury ruled in Bader Farms’ favor on every count — determining that Bayer and BASF committed negligence and acted together in a conspiracy to promote dicamba product systems.

Bryce Gray of the Post-Dispatch has covered reports of dicamba-related crop damage since August 2016. Here's a look:

Lawyers for the companies claimed during the trial that Bader Farms’ losses stemmed from root fungus and adverse weather events, such as hail and ice storms, rather than drift from the herbicide. They pointed to tree losses and challenges the farm faced before the 2015 emergence of the new dicamba technology under fire.

But Bader Farms’ lawyers argued that rampant dicamba damage was a foreseeable consequence of the introduction of new crop varieties genetically engineered to tolerate dicamba.

In fact, they argued that the volatile chemical’s tendency to drift and move off-target was a selling point recognized by the companies: Farmers using dicamba spray and seeds that tolerate the chemical were immune from damage, while those with other crops nearby risked damage when the weedkiller didn’t stay in the intended fields.

“It was part of the plan the whole time,” said Billy Randles, the lawyer making closing arguments on behalf of Bader Farms. He pointed to internal company documents that anticipated damage from off-target dicamba drift before the new technology’s release, and “defensive planting” sales to farmers seeking to protect themselves.

“They mapped out the number of people they were going to hurt, and put it out, anyway,” Randles said.

“It was not compatible with Midwestern agriculture,” he said. “You buy it, or else.”

Bader Farms, Randles argued, is particularly vulnerable, given Southeast Missouri’s status as a national epicenter of dicamba damage complaints in recent years, and the heavy adoption of dicamba-tolerant crops in the area.

“Bader Farms is an island in a sea of dicamba,” he said.

Bayer’s defense focused largely on what it framed as the “core issue” of establishing proof that dicamba was the specific cause of problems on the orchard.

“The story of what has been happening at Bader Farms has not been consistent,” said Jan Paul Miller, the attorney providing Bayer’s closing argument.

He outlined past issues the farm’s trees have faced, ranging from hail to non-dicamba harm from a crop duster in recent years — problems he said could account for lost productivity, rather than dicamba.

“If you add those things together, you’re back up to the yield they should have been having,” he said.

“The plaintiffs have not offered any evidence at all that they think it was specifically Engenia herbicide that reached their farm,” said attorney John Mandler, adding that no witnesses could “confirm what source or product it was that made it to Bader Farms.”

He also fought accusations that the company coordinated with Monsanto, which was characterized as a fierce competitor, rather than a conspirator.

“They each controlled their own products,” Mandler said. “We didn’t know where the seed was even planted.”

One key issue raised in the case is that new, “low-volatility” forms of dicamba spray — less prone to vaporizing and drifting off target — had not yet been approved for use, when the first varieties of dicamba-tolerant cotton and soybean seeds were introduced. The availability of the seeds without the intended spray led to a situation where some farmers illegally used older, more volatile forms of the chemical instead, knowing that their crops would be unaffected. Those “off-label” applications were blamed for driving dicamba complaints in the 2015 and 2016 growing seasons, before improved formulations were on the market.

But even after new products debuted in 2017, reports of dicamba damage persisted, and even accelerated, as more acreage was sprayed with the chemical.

Both Bayer and BASF argued that their product labels clearly warned farmers with dicamba-tolerant seeds not to spray illegal alternatives. The companies also pointed to the Environmental Protection Agency’s independent approval of new dicamba sprays as a testament to safety, if used properly.

The two companies also questioned whether Bader Farms is actually losing money, citing increased profits that the farm has averaged in years since alleged dicamba damage began to take its toll.

It was not announced how the $15 million awarded to Bader might be divided between the companies.

Arguments ended a few minutes after noon, leaving the seven-person jury to begin deliberations, which lasted about four hours.

The judge in the case instructed parties not to talk to the media until a full verdict is given.

German conglomerate Bayer, a major manufacturer of the chemical, said that it stands by its widely adopted XtendiMax line of dicamba products.