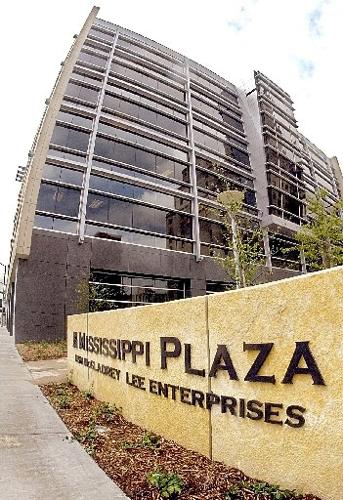 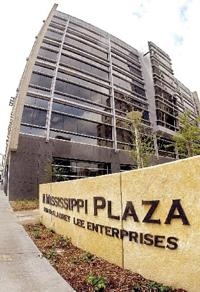 Lee Enterprises, owner of the St. Louis Post-Dispatch, announced Friday that it will file a "prepackaged" bankruptcy in an effort to refinance about $1 billion in debt.

Lee said it has secured agreements with nearly all of its creditors, which it predicted would allow an exit from bankruptcy in 60 days or less.

The filing, expected on or about Dec. 12, is unusual in that the company plans to shed no debt and to pay a higher interest rate to all lenders.

In return, lenders agreed to extend the loans - now due in April - until at least December 2015. Lee also would cede a 13 percent ownership stake to three creditors, Goldman Sachs, Monarch Master Funding Ltd, and Franklin Templeton/Mutual Quest Fund, according to a September regulatory filing. In addition, the company expects no management changes.

Lee's 48 newspapers turn an operating profit, and Lee has been making its debt payments. But the company, one of the nation's largest newspaper chains, has been struggling for months to refinance the debt before it matures in April. An effort to issue junk bonds last spring failed.

"The market isn't open to distressed entities like Lee, given that the company faces an uncertain operating environment, which obviously is how they ended up in this situation," said Mike Simonton, credit analyst and managing director of Fitch Ratings in Chicago.

In a conference call with reporters, Lee's Chief Executive Mary Junck said the company could carry the refinanced debt without trouble while also paying down the principal.

The company would be paying 9.2 percent interest on its debt, compared to 5.1 percent now. Lee officials noted that the interest rate is below that paid by some other troubled newspaper publishers and lower than proposed in the junk bond deal.

"Although the refinancing will require Lee to pay higher interest rates, it and our strong cash flow will keep Lee on solid financial footing as we continue reshaping our company for long-term growth by expanding our digital platforms, building audiences, driving sales and improving our balance sheet," Junck said in a release.

The company said the bankruptcy will have no impact on its business, and that its papers will continue to publish. Vendors, advertisers, subscribers, employees and the company's operations will not be affected, Lee said in a statement.

"Everyone had hoped that Lee would get by without doing it, but it didn't come as a big surprise," media analyst John Morton said of Lee's bankruptcy plans. Morton is president of Morton Research Inc., based in the Washington area.

"Lee, like the Journal Register Co., Tribune Co., Freedom newspapers, borrowed heavily before the collapse (of print advertising revenue) to make acquisitions, and it left them with a heavy debt load," Morton said. "Internet broadband use in homes started to soar at exactly the same time the newspapers' ad revenues started to decline."

Lee portrayed the development as good news for readers, shareholders and employees.

"We have achieved agreements with an overwhelming majority of our creditors to extend our existing loan agreements on reasonable terms that preserve stockholders' ownership interests in the company with only 13 percent dilution," Lee Chief Executive Mary Junck said in a press release.

However, Alan Mutter, a San Francisco-based media consultant and adjunct faculty member at the Graduate School of Journalism at the University of California at Berkeley, said the higher interest rate - and resulting higher debt payments - will put the squeeze on Lee if company revenue continues to fall after it exits bankruptcy.

"The lenders will have first call on any cash flow generated by the business," Mutter said. "If revenues drop, then the company will have to find expense savings to remain current on its interest payments. In that event, the company may find it doesn't have as much as it would like to invest in new digital products, reporting, or other needs in the business."

In a prepackaged bankruptcy, a company works out terms with most creditors in advance, which allows the debtor to quickly reorganize and emerge from bankruptcy. The company then uses the bankruptcy proceedings to force its plan on the dissenting lenders.

In order to gain approval of the pre-packaged plan, at least 50 percent of each class of creditors must vote to approve it, and those voting for it must own two thirds of the dollar amount of the debt.

Dissenters can object, but they must convince the court that the deal is not "fair and equitable," said Norm Pressman, a bankruptcy lawyer with Goldstein & Pressman in St. Louis.

That basically means they must show that creditors would collect more if the company were liquidated and its assets sold off, said Pressman, who is not involved in the Lee case.

"Management worked hard and cut deals with everyone, but they don't have 100 percent agreement," he said. "They've done the counting, and they know they will have enough votes," he said.

The dissenters may not even appear in court to oppose the plan, said Flip Huffard, managing director at the Blackstone Group, which advised Lee.

Creditors who haven't agreed to the plan acted out of "apathy" rather than opposition, he said. "This will be a surgical bankruptcy filing," he added.

Lee has two groups of creditors. One group holds about $865 million in debt secured by properties that Lee owned before 2005. Most of that debt was assumed that year when Lee bought Pulitzer Inc. The company said 94 percent of those debt holders have agreed to the deal. A second group of creditors holds $138 million in debt, which Lee inherited with the Pulitzer deal. That debt is secured by the old Pulitzer properties, including the Post-Dispatch. All of those creditors agreed to the deal, Lee officials said.

At one point, Lee hoped to borrow even more money to pay off the dissenting shareholders, but those plans fell through.

Lee newspapers have a combined daily circulation of 1.3 million and Sunday circulation of 1.6 million, as of the end of September. Lee also owns nearly 300 specialty publications, including the Suburban Journals of Greater St. Louis, Ladue News, and Feast and St. Louis' Best Bridal magazines.

Lee's history dates to 1890 when its namesake, A.W. Lee, became the publisher of a daily newspaper in Ottumwa, Iowa. More acquisitions of newspapers across the country followed, and in 2002, Lee acquired 16 newspapers through its purchase of Howard Publications Inc., which increased its revenue by 50 percent.

Three years later, Lee took an even bigger bite with its acquisition of Pulitzer, which owned the Post-Dispatch and 13 smaller daily papers nationwide, in a $1.46 billion cash deal. The Pulitzer acquisition made Lee the seventh largest U.S. newspaper publisher in terms of circulation, and increased Lee's revenue by 60 percent.

Soon after its Pulitzer acquisition, however, the economic downturn put a sizable dent in Lee's revenue stream as many advertisers cut back on spending. The company has also been forced to write down the value of its business.

Lee reported a loss of $8.8 million in its fourth fiscal quarter that ended Sept. 25. The company has sought to cut expenses across the company, including local layoffs at the Post-Dispatch and Suburban Journals this year, and the elimination of some Suburban Journal print editions.

Cutting costs has driven business decisions at newspapers across the country, following a steep decline in advertising spending.

Declines in newspaper revenue coincided with a credit crunch during the economic slump that made lenders less willing to refinance debt.

Multiple newspapers and newspaper publishers have turned to Chapter 11 bankruptcy organization, including the Tribune Co., which had $13 billion in debt when it filed for bankruptcy in December 2008. The Chicago-based publisher of the Chicago Tribune, Los Angeles Times and the Baltimore Sun, and owner of more than 20 television and radio stations, filed for bankruptcy a year after billionaire real estate developer Sam Zell purchased the company.

Tribune's bankruptcy continues to drag through the courts as its creditors have not been able to agree on an exit plan. During the past three years, several of Tribune Co.'s newspapers have laid off employees, reflecting an industry-wide trend to downsize staff.

Some newspapers have had better success emerging from bankruptcy. The Minneapolis Star-Tribune, Minnesota's largest newspaper, had $480 million in debt when it filed for bankruptcy in January 2009.

Plaintiffs say they were promised health insurance for life; paper says it will be vindicated.

Confirmation paves the way for Lee to exit bankruptcy on Jan. 30.

Lee Enterprises, the publisher of the St. Louis Post-Dispatch and more than 40 other daily newspapers, swung to a loss in its fourth fiscal qu…

Lee Enterprises, parent of the Post-Dispatch, scrapped a proposed bond offer Monday after reporting a $1.47 million loss for the quarter ended…

Journals will retain some print editions but shift focus to online news.

The publisher, owner of the Post-Dispatch and other newspapers, said it would issue bonds to replace virtually all its debt.

The owner of the St. Louis Post-Dispatch completes a provision put in place 25 years ago.

Lee Enterprises Inc., the parent of the St. Louis Post-Dispatch, on Tuesday said all of its Class B super-voting shares have been converted to…