Let voters decide whether to lease St. Louis airport to private operator, bill proposes
0 comments
Share this
Subscribe for $1 a month
1 of 2 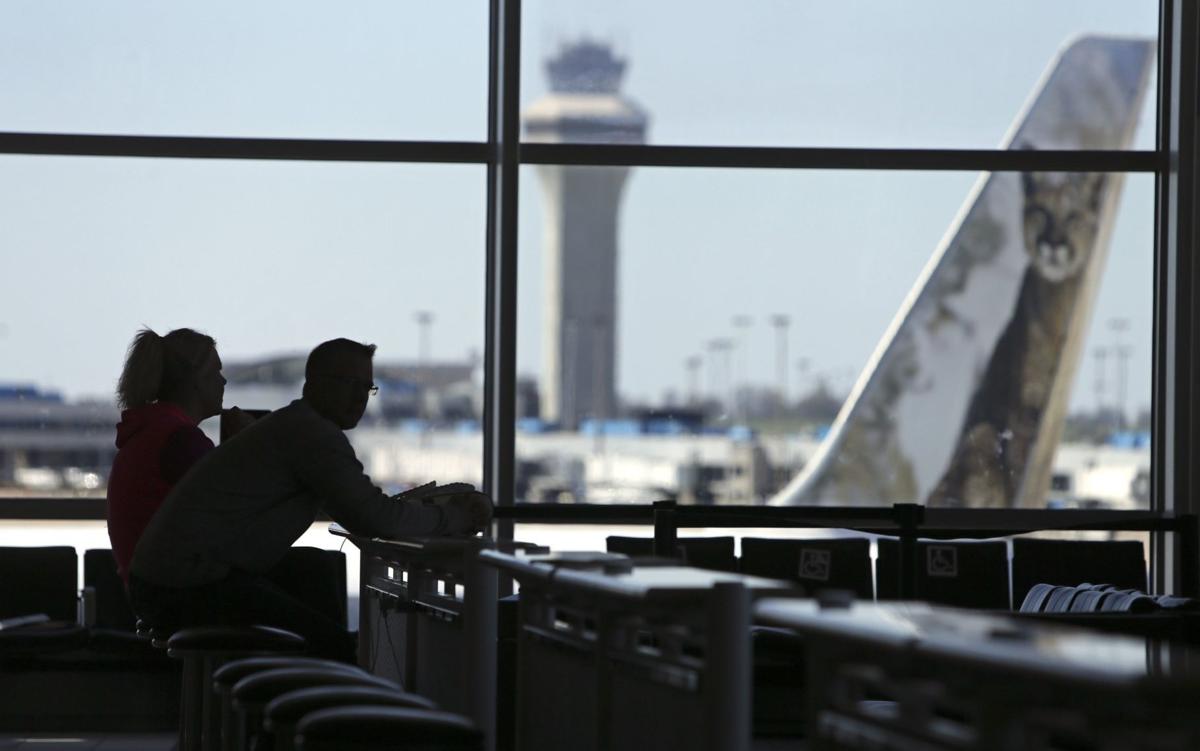 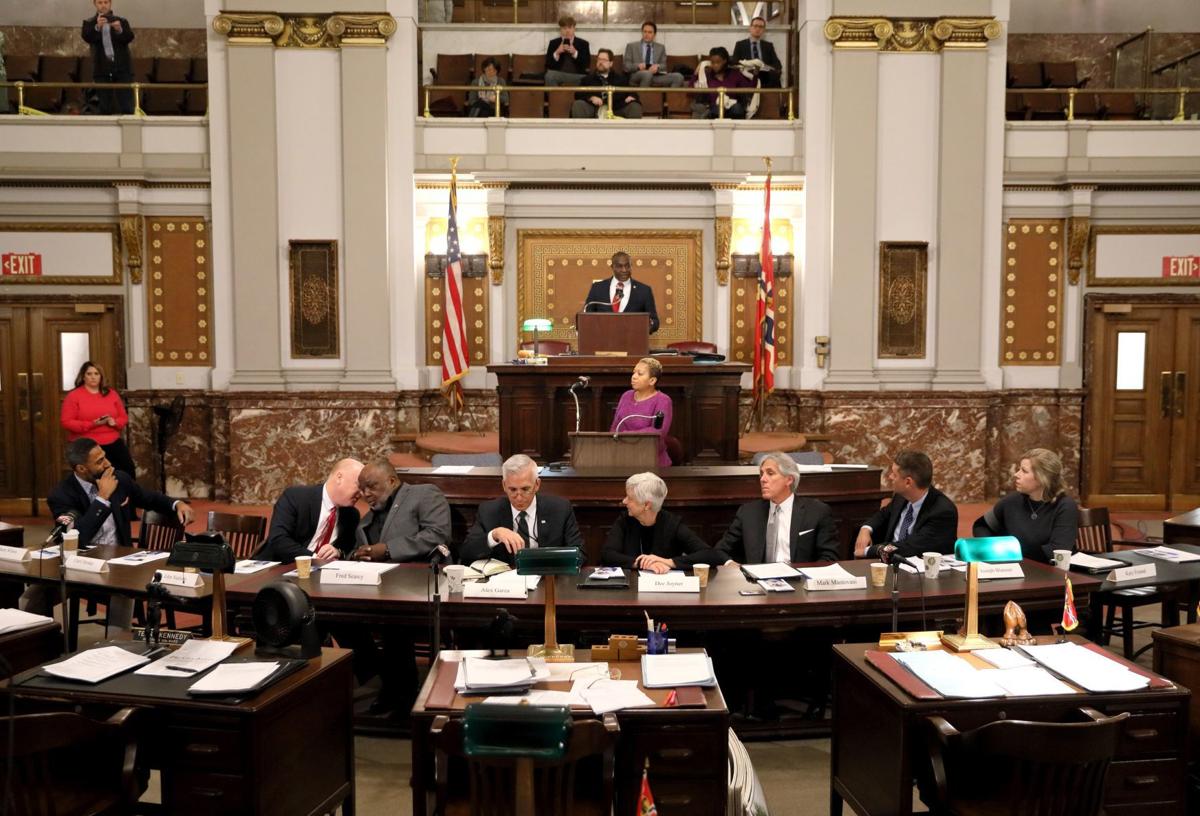 Aldermanic President Lewis Reed, center top, welcomes the new Board of Freeholders to the aldermanic chambers at St. Louis City Hall on Tuesday, Nov. 12, 2019. The group met with only its St. Louis County- and state-appointed members; the city appointees have yet to be approved. Photo by David Carson, dcarson@post-dispatch.com

The move comes just weeks after the St. Louis NAACP and Carpenters Union began a petition drive seeking to accomplish the same thing. Other petition drives have stalled amid the pandemic.

Reed’s office says the legislation would require approval by at least 60% of voters for the leasing process to move forward. Additionally, any lease would have to generate at least $1.7 billion for the city and include paying off the airport’s roughly $700 million in debt.

At least $1 billion of any proceeds would have to be used for safe neighborhoods, neighborhood development, job and vocational training, streets, bridges, parks, clean and livable neighborhoods and city infrastructure, according to Reed’s office.

“We have to invest in North St. Louis or else the rest of our City will continue to suffer,” Reed said in a statement. “Without a significant influx of capital, we will continue to see poverty rates worse than that of a Third World country, violent crime rates continuing to increase and more people leaving the City. In addition, the disproportional effects of COVID-19 on the minority population in our city shows clearly the risk attached to the health disparities that exist. It’s time for major change.”

St. Louis Mayor Lyda Krewson abruptly killed the Lambert privatization effort in December, just a couple months after receiving interest from several international firms. The issue had been left on her plate as one of the final acts of outgoing Mayor Francis Slay. After allowing the process to proceed for almost three years, she cited opposition from residents, businesses and other elected officials in her decision to end the bid.

Reed was the last of the city’s top three officials — St. Louis Comptroller Darlene Green opposed the effort from the start — who remained supportive of the effort to privatize Lambert. He, along with the NAACP and Carpenters, argued that the proceeds of a lease deal could be reinvested into infrastructure and human services in neglected neighborhoods, particularly on the north side.

Opponents decried the lack of open discussion at the special city board overseeing the effort and the involvement of operatives tied to libertarian megadonor Rex Sinquefield, who funded the initial application and bid solicitation process and stood to be reimbursed with proceeds from a lease deal.

St. Louis NAACP President Adolphus Pruitt said Wednesday he hadn’t seen Reed’s bill and the petition process is on schedule gathering signatures to put the question to voters in November.

“We don’t have any issue with signatures,” Pruitt said. “I’m confident I could file enough signatures tomorrow if I had to.”

There are some differences to Reed’s bill from the petition language, particularly in how roughly $1 billion of the anticipated $1.7 billion in proceeds that don’t go towards debt would be allocated.

• Reed’s bill would earmark $250 million to a “safe neighborhoods trust fund” focused on “addressing the root causes of crime and improving public safety.” The Carpenters and NAACP measure earmarks $300 million for public safety.

• The petition directs $100 million to transportation infrastructure, including a possible multipurpose building, such as a sports or entertainment facility. Reed’s bill envisions $50 million solely for public transit.

• Reed’s measure reserves $50 million for a minority business fund that would make low-interest loans or provide training to minority-owned firms and another $10 million for a small business loan fund.

• The board bill requires $40 million to go to upgrading technology in city departments.

• Both allocate $100 million for streets bridges and parks.

• Both reserve $200 million for job training.

• Both earmark $200 million for development in distressed neighborhoods.

Like the NAACP and Carpenters’ petition, Reed’s proposal, if approved by voters, envisions a lease happening quickly.

By March 31, it would require Krewson to enter into a lease from proposals vetted by an evaluation committee. If she doesn’t, it would give the power to the president of the board of aldermen. Reed’s measure would also require final approval by the Board of Estimate and Apportionment, made up of him, Krewson and Green. The petition requires no further action from city officials.

Asked whether Reed believed he had enough votes to pass the measure, aide Mary Goodman said “we are hoping to have a robust discussion in committee and see more changes.”

A spokesman for Krewson did not respond to a request for comment.

A committee called St. Louis Rising is gathering signatures to try to put on the Nov. 3 ballot a city charter amendment requiring city officials to restart consideration of privatizing the airport.

Meanwhile, a firm with ties to political megadonor Rex Sinquefield, kicks in nearly $75,000 to a committee gathering signatures to put on the Nov. 3 city ballot a measure requiring the city to restart the privatization process.

The idea of leasing the airport to a private operator resurfaces three months after it appeared to have been abandoned.

The Board of Estimate and Apportionment voted to terminate contracts with a team of consulting firms that has advised the city on the controversial issue.

Aldermanic President Lewis Reed, center top, welcomes the new Board of Freeholders to the aldermanic chambers at St. Louis City Hall on Tuesday, Nov. 12, 2019. The group met with only its St. Louis County- and state-appointed members; the city appointees have yet to be approved. Photo by David Carson, dcarson@post-dispatch.com