ST. LOUIS — Civic and business leaders released a long-anticipated roadmap Tuesday meant to position the region as a top-tier market for location data firms, a strategy that builds off the National Geospatial-Intelligence Agency’s new western headquarters and large workforce here.

Funded by private backers, the STL GeoFutures report conducted by research firm TEConomy Partners calls for a guiding organization to oversee and coordinate efforts to grow an industry where many think St. Louis may have a strategic advantage over other cities. The strategy comes as NGA begins construction on a new western headquarters in north St. Louis while also seeking more collaboration with the private sector. 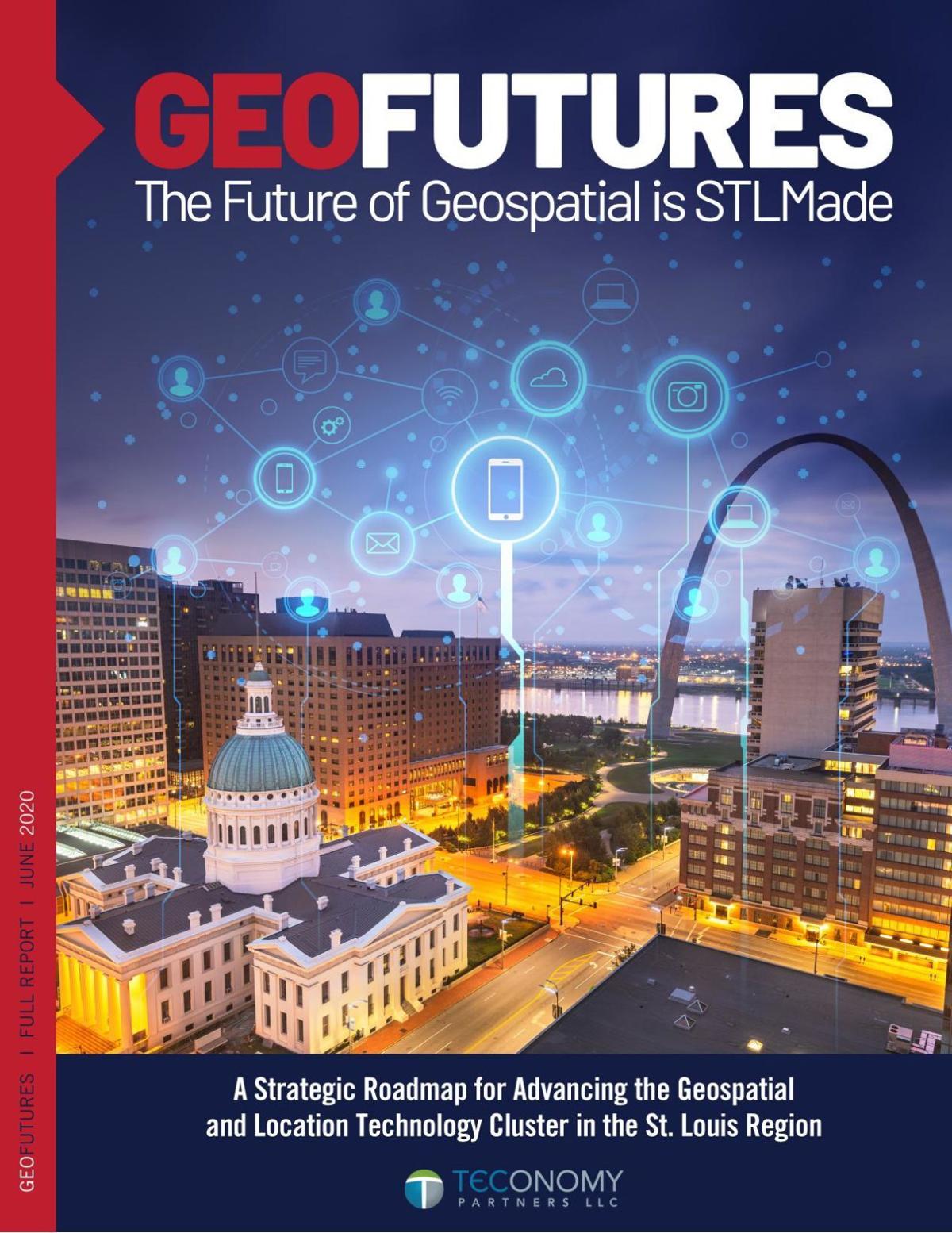 Backers liken the effort to the one 20 years ago to build St. Louis into an international hub for plant science and biotech, leaning on an employment base at the agribusiness giant then called Monsanto and the medical research at Washington University, BJC HealthCare and St. Louis University. That effort also began with a detailed report mapping the region’s advantages and weaknesses in the sector, and it laid the groundwork for the Cortex tech district and Donald Danforth Plant Science Center.

One of the initial conveners of those efforts was the group that became BioSTL, a nonprofit with a dedicated staff. The report released Tuesday also calls for a guiding group, the “STL GeoFutures Coalition,” with a dedicated staff tasked with coordinating education, innovation and workforce development efforts in the geospatial sector.

“You’ve just got to have some place where the region comes together to make this happen,” said Jason Hall, who heads economic development group Arch to Park and was on the task force.

Many of the industry and educational leaders in the sector worked together on the report. And unlike the plant and biotech effort 20 years ago, which had to build the tech support network from the ground up, much of the infrastructure — entrepreneurial incubators such as T-Rex, startup investors such as Arch Grants — already exist.

Arch Grants is now dedicating five of its $50,000 grants to geospatial tech startups who commit to St. Louis. T-Rex has a geospatial-focused incubator space with GeoSaurus and SLU has launched a Geospatial Institute focused on the sector.

In groundbreaking, NGA promises to build St. Louis businesses, too

“Our report is centered on aligning a lot of existing efforts that are going on,” said Andy Dearing, former CEO of geospatial firm Boundless and a project lead for the report. “There’s a number of organizations that have already started betting on this industry.”

Still, the report also highlights the region’s weaknesses in the sector: St. Louis needs a sustained effort to grow its talent pool. And levels of research and development are modest compared with other cities.

The report contains the standard ingredients of an economic development plan — a focus on talent development, investment capital, regional marketing and research and innovation, for instance.

But there’s also a strong emphasis on doing a better job of making sure Black St. Louisans share in future growth. The report notes that “the St. Louis region has a largely untapped talent resource in its Black and disinvested communities which must be leveraged,” calling for scholarships for students from poor neighborhoods as part of a larger strategy to develop a geospatial-focused curriculum in the region’s schools.

The plan also contains a whole section focused on community development in the low-income, north side neighborhoods surrounding the NGA campus. And it notes the focus should not be solely on real estate development. Instead, it calls for funding of programs that can help neighborhood residents build wealth, referencing groups such as InvestSTL that help fund and grow neighborhood organizations.

Given the history of the neighborhoods where the NGA is moving, which suffered decades of neglect, it would be “ridiculous” not to include a strong focus on racial equity and community development, Hall said.

'Placing a bet on St. Louis,' NGA prepares to allow more access for tech firms it hopes will cluster here

The effort, he continued, needs to focus on making sure that children growing up right now near the NGA’s new site don’t see it as a threat, as something displacing their neighborhood, but instead “as a pathway for them to live a prosperous life in St. Louis.”

Going forward, the GeoFutures plan will need to find funding to support its goals and keep institutions rowing in the same direction.

Hall is confident private and public funders will rally to the cause.

{div}“My experience in economic development has been: money will follow good ideas,” he said. “Laying out a comprehensive and shared vision for where St. Louis can be excellent — it’s not made up, but based on real data, real engagement — is the best way to attract resources.”

The 2020 Census showed St. Louis grew more slowly than all but three of the nation’s 50 largest metro areas. Regional leaders are worried.

Though he retired as director of the National Geospatial-Intelligence agency a year ago, Cardillo still visits St. Louis regularly and is part of the efforts building links between the NGA and the region's workforce and educational system.

The group plans to produce a report and decide whether a funded nonprofit should support the sector similar to how BioSTL supports biotech.

With influx of new residents unlikely, "we have to grow ourselves," researcher says.