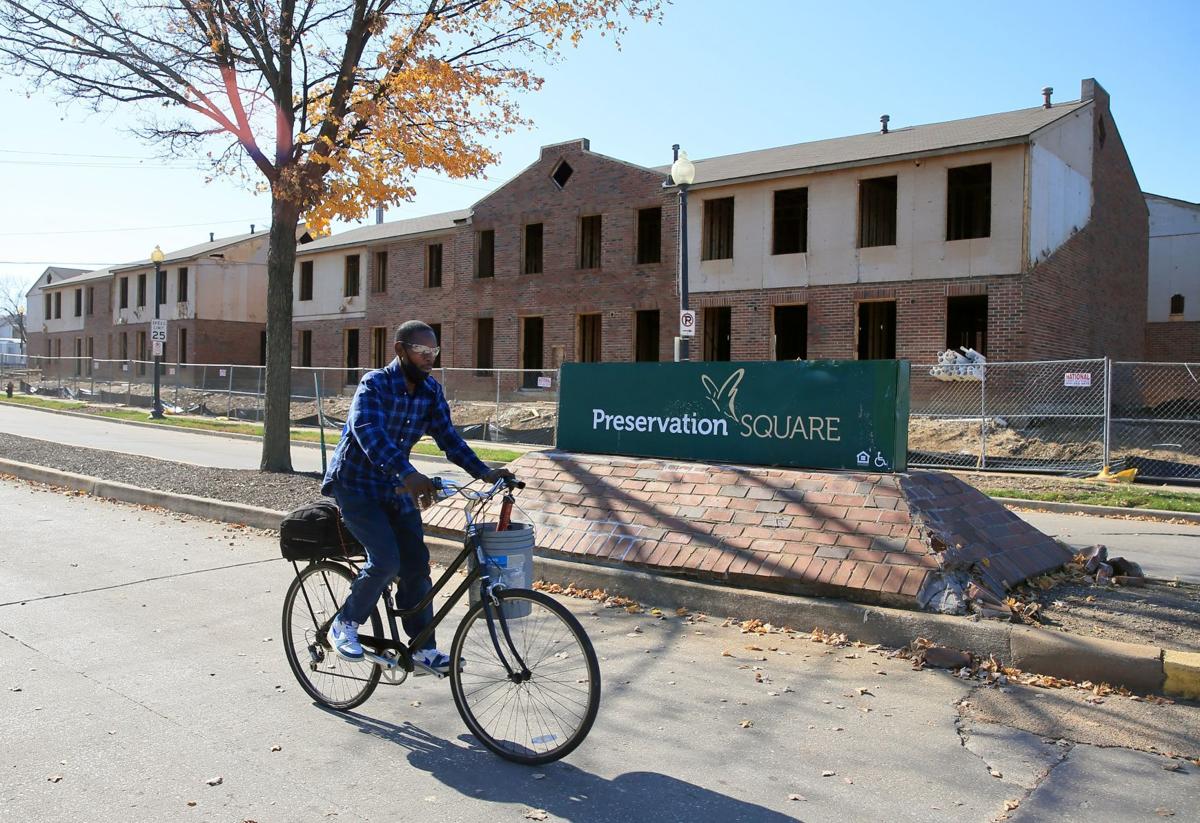 A man rides his bike past the entrance to Preservation Square where demolition work continues on Friday, Nov. 6, 2020, as part of the McCormack Baron Salazar rehab of the low-income housing project located along Cass Avenue. Photo by David Carson, dcarson@post-dispatch.com 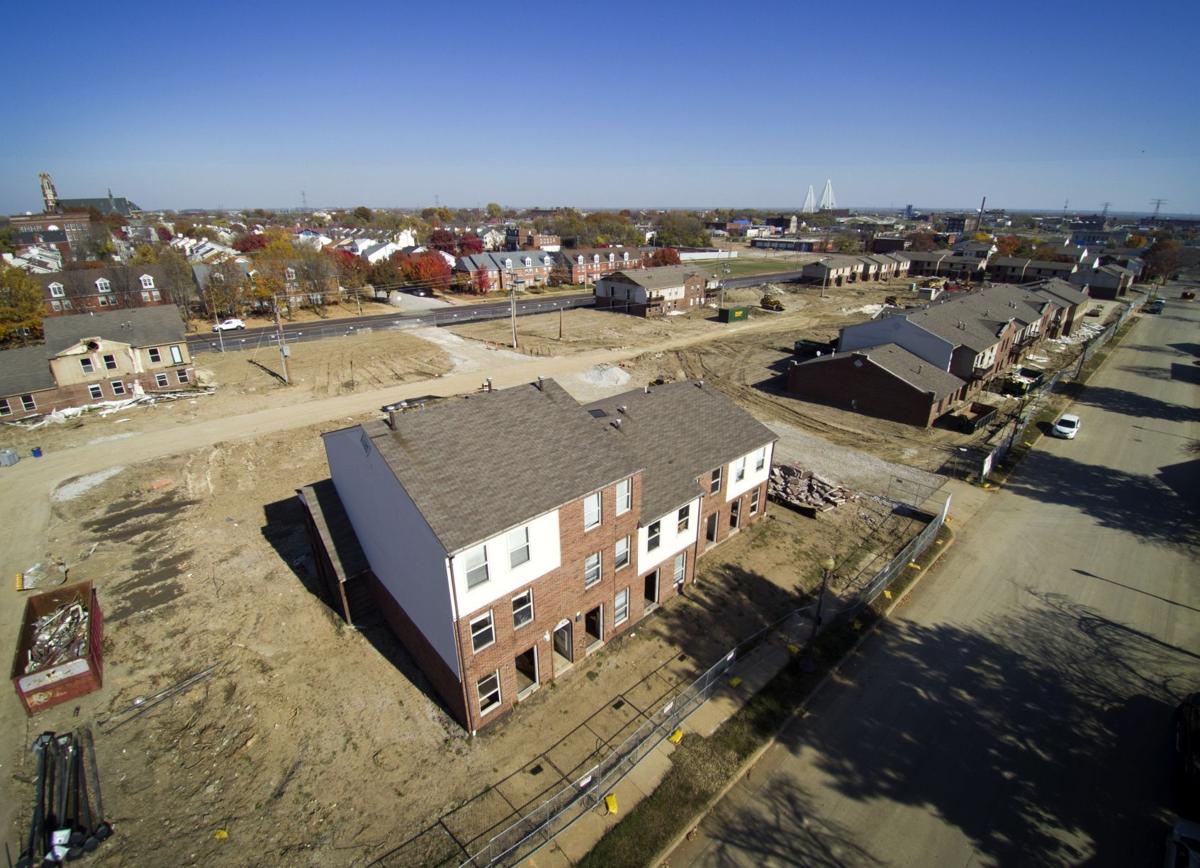 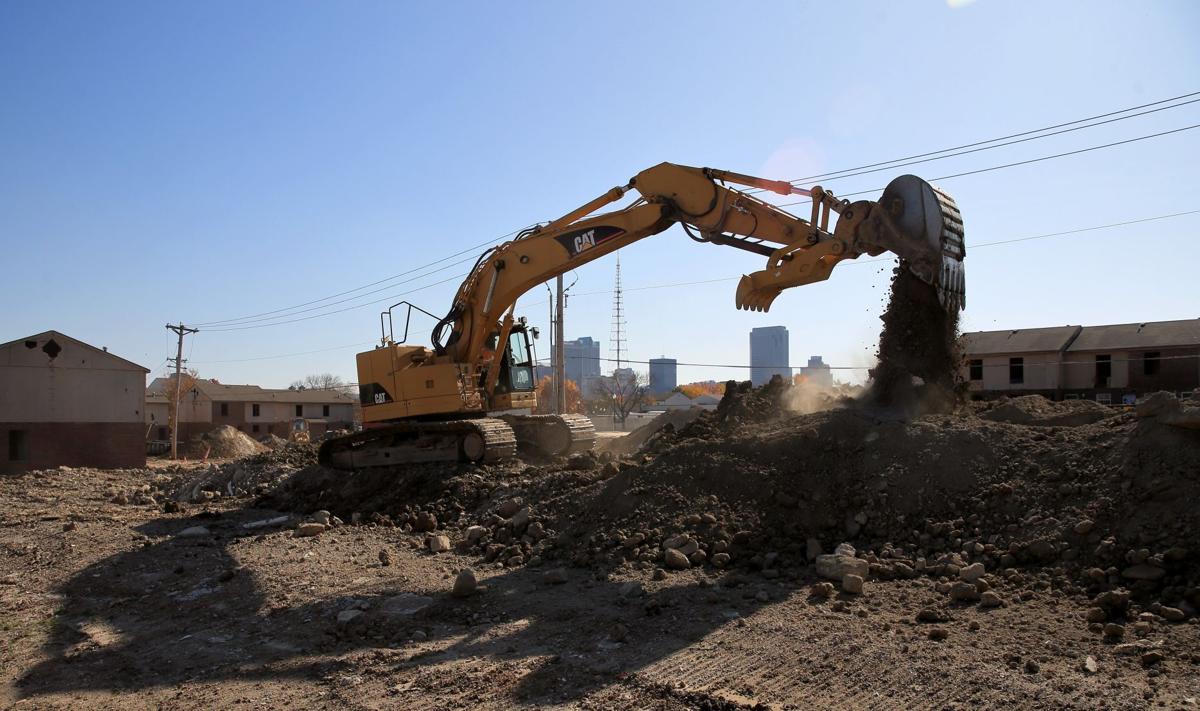 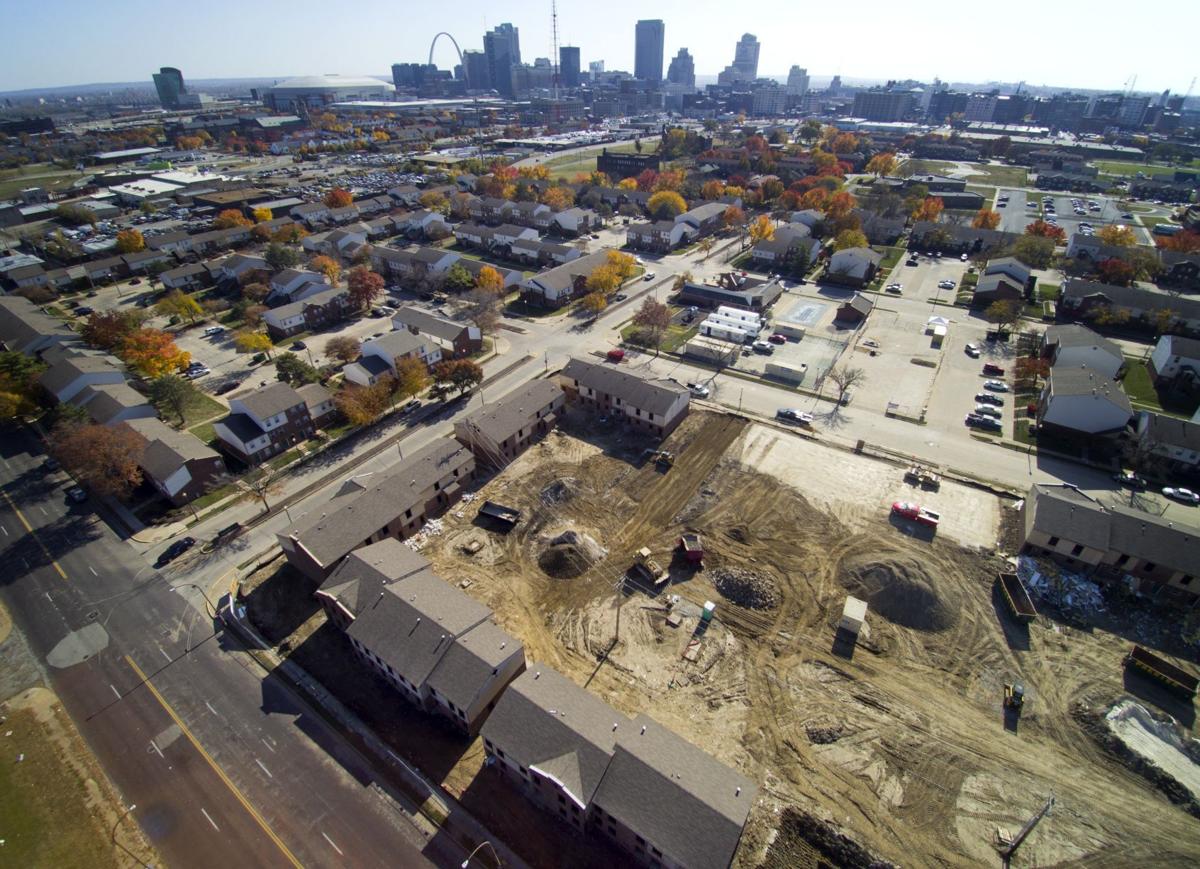 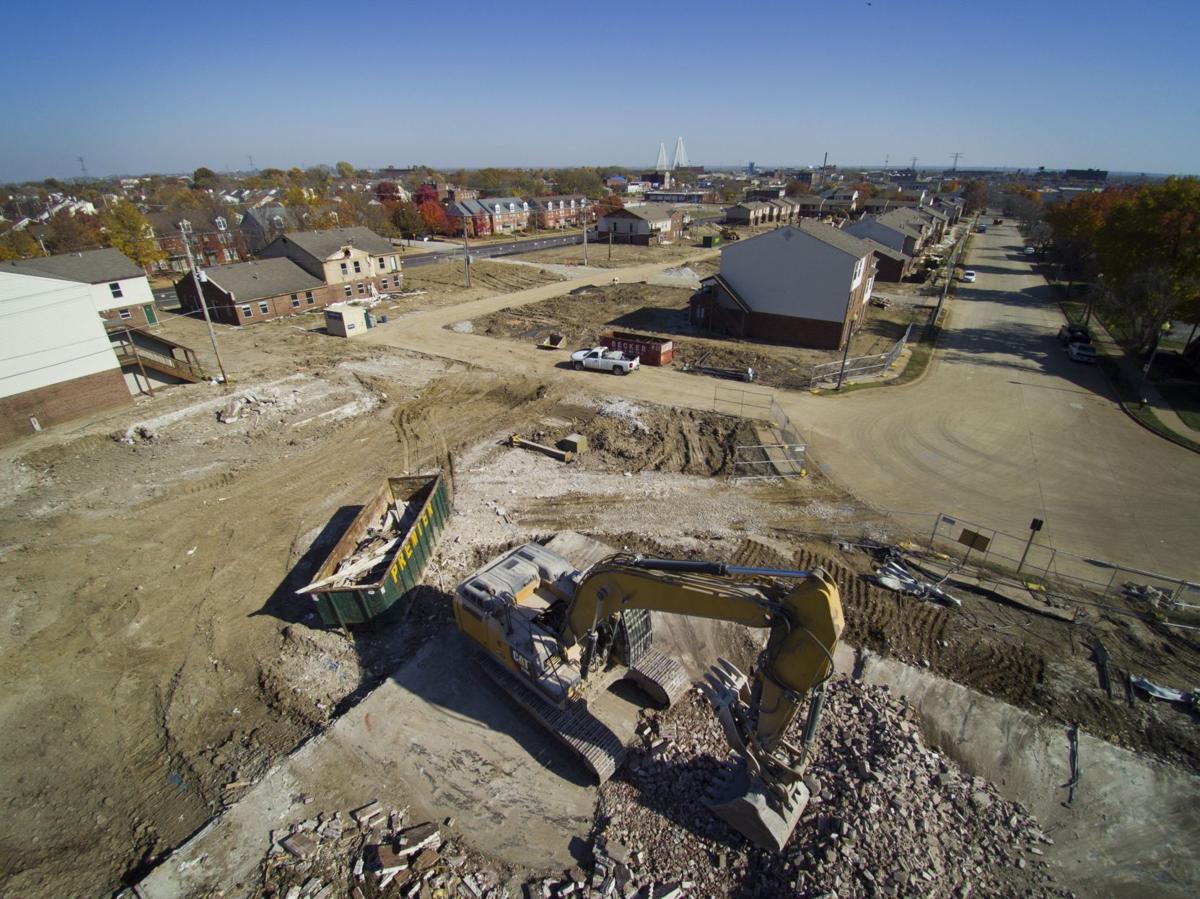 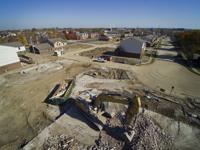 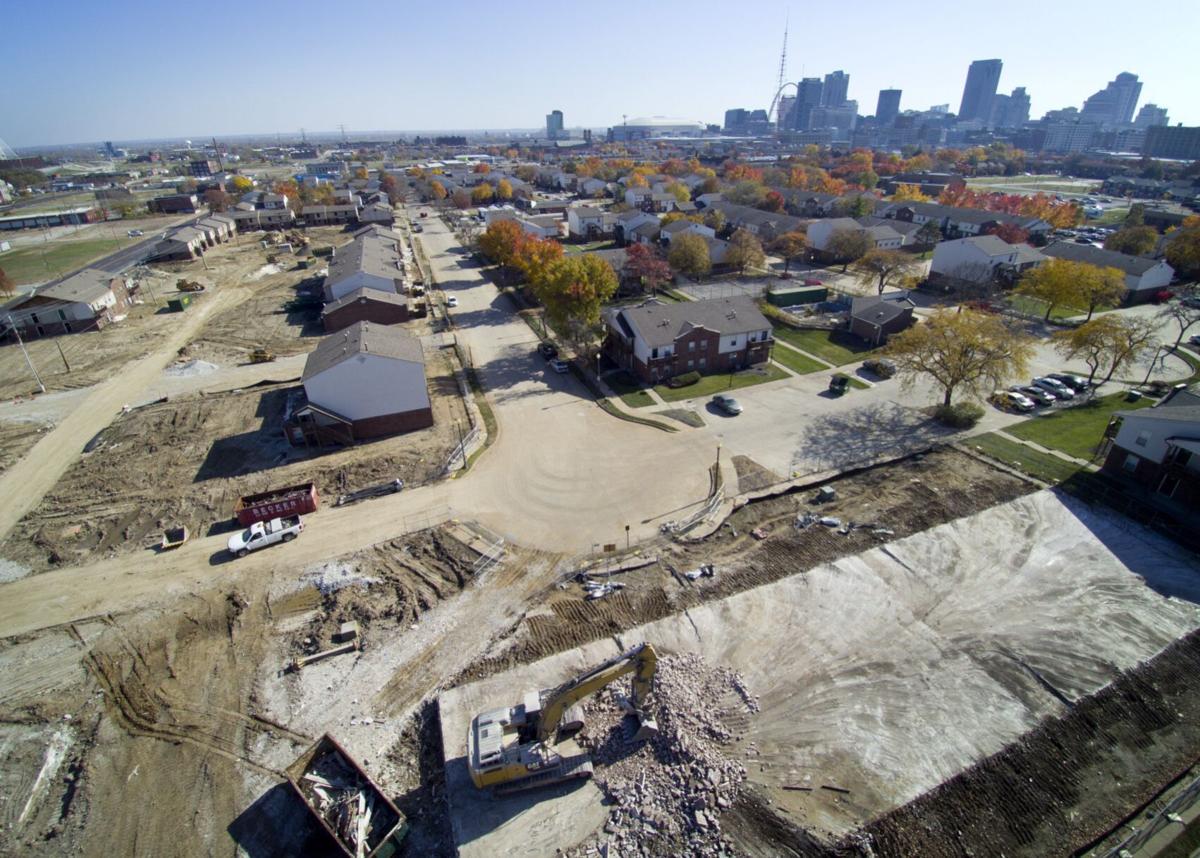 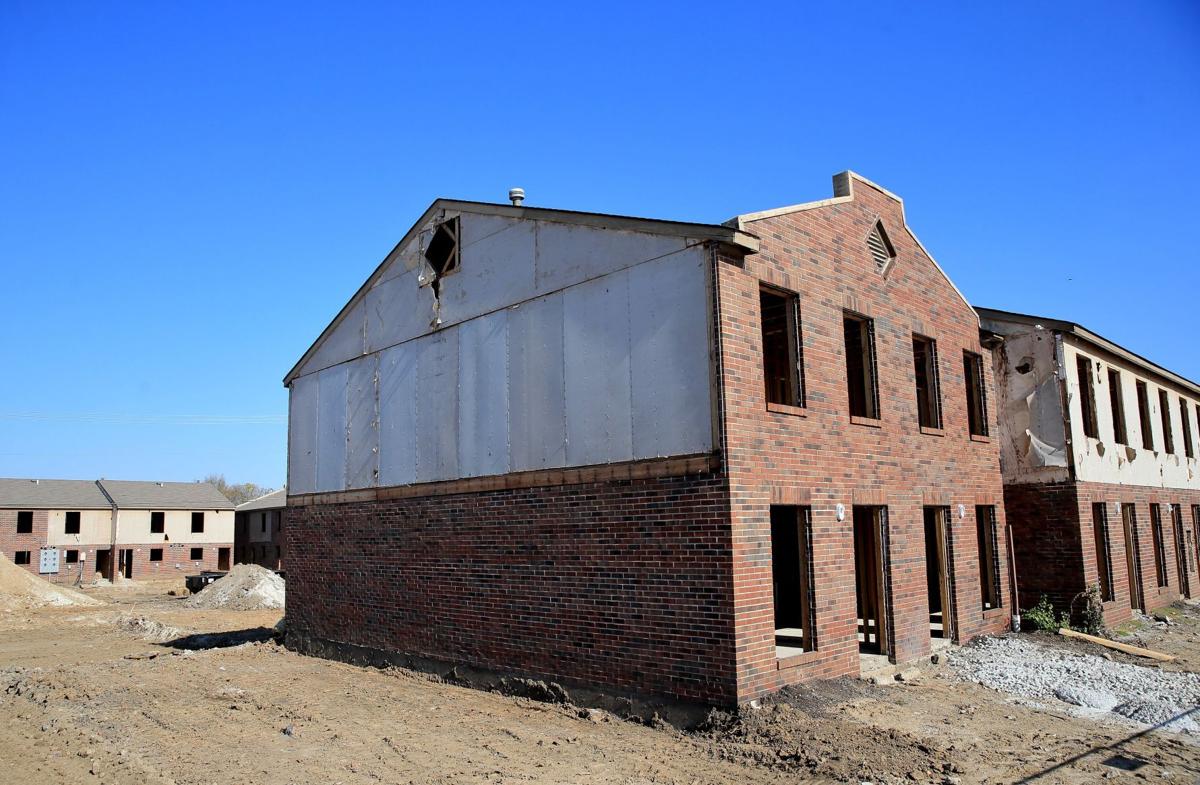 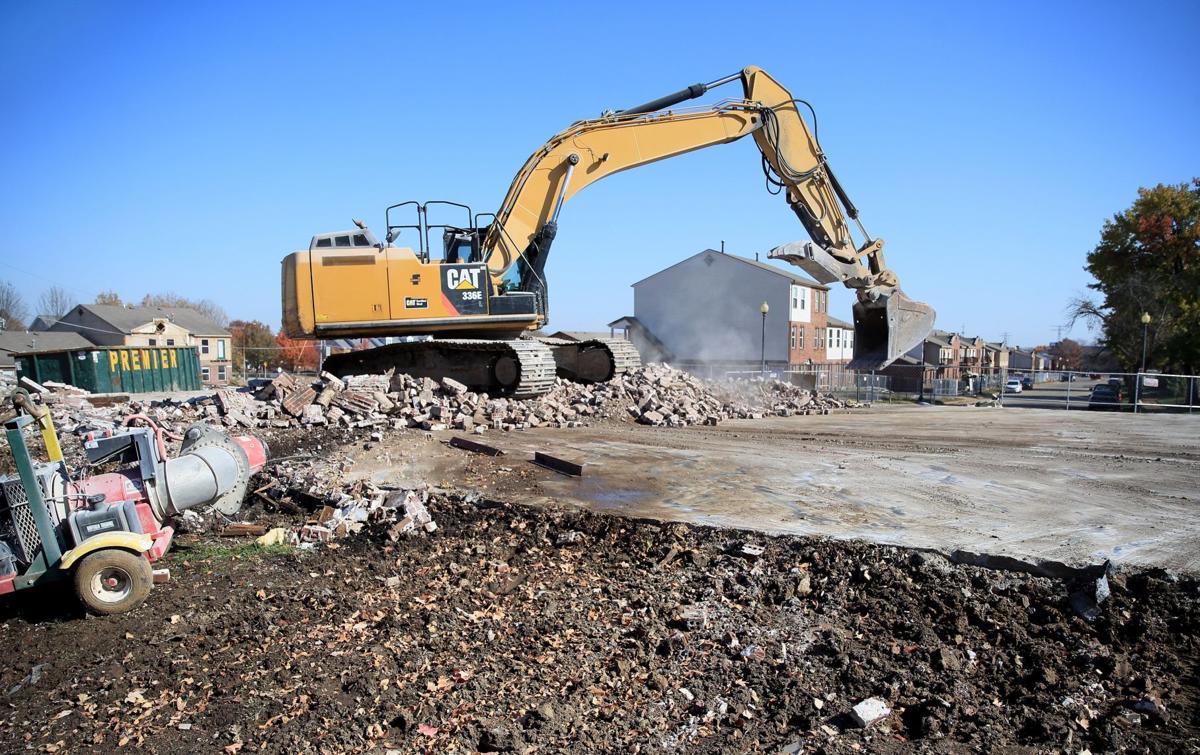 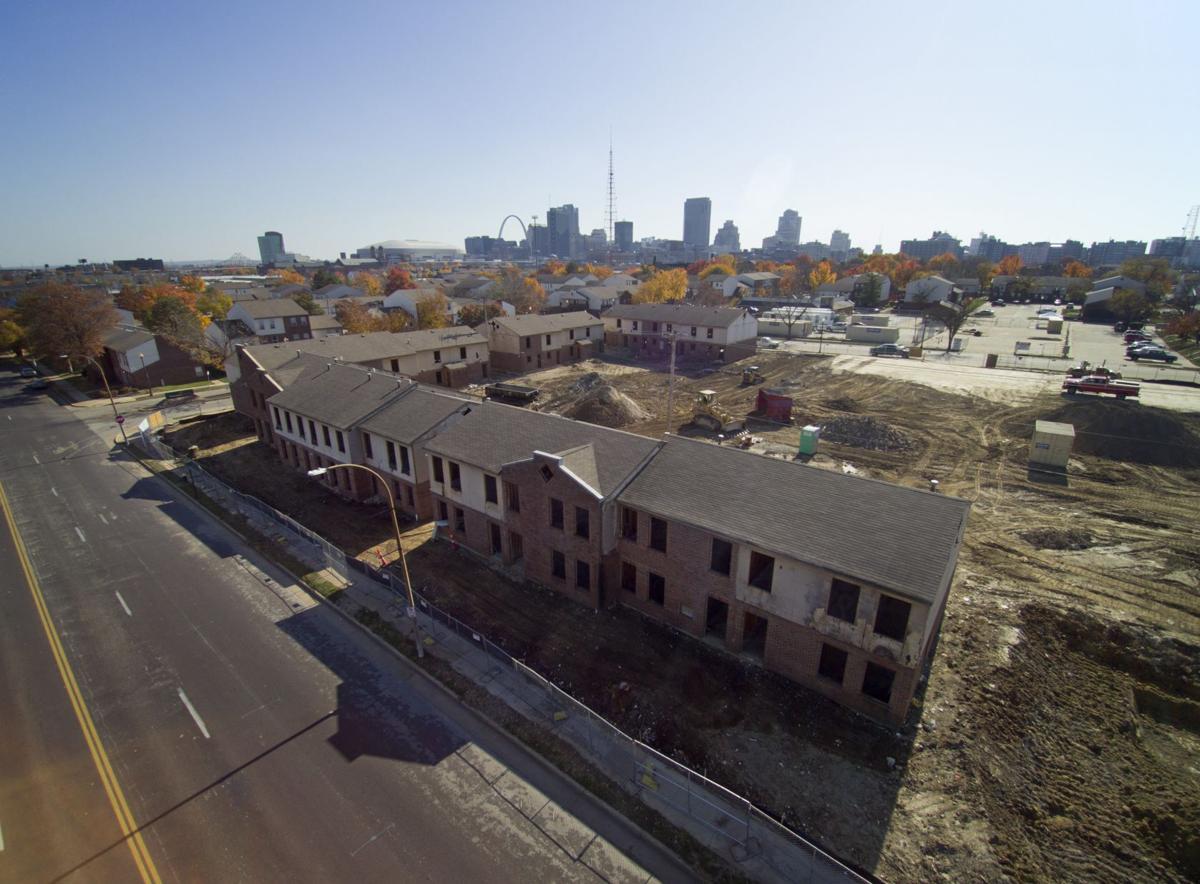 ST. LOUIS — A city alderman, angry at one of the nation’s largest low-income housing developers, has filed a bill that threatens to further delay a north-side housing project that has strong backing from city officials and the federal government.

Tammika Hubbard’s bill would bar demolition and construction permits in the Preservation Square footprint. It comes as St. Louis-based McCormack Baron Salazar has finally begun construction on the first phase of the long-anticipated project aimed at rehabbing the 675-unit subsidized housing community at Cass Avenue and 16th Street.

“I’ve never heard of anything like this,” Richard Baron, co-founder and chairman of McCormack Baron Salazar, said in an interview. “We are totally mystified about the whole thing.”

Further delays could jeopardize funds remaining from a prestigious $30 million grant from the U.S. Department of Housing and Urban Development, awarded to the city in the last days of President Barack Obama’s administration to subsidize a revamp of the complex. Delays have already kept construction from beginning until just recently. And now McCormack Baron is racing to finish the project’s five phases before the HUD grant expires at the end of 2023.

“We are on a very forced march now to try and meet those deadlines,” Baron said.

The project hit roadblocks early on. In 2017, former Missouri Gov. Eric Greitens’ blocked the state’s issuance of low-income housing tax credits, which punched a hole in the Preservation Square financing plan. After Greitens resigned, McCormack Baron won state approval in 2018 and 2019 for federal tax credits, which it had banked on to raise equity.

Complicating matters is that the Hubbard family is a partner in part of the project. The Carr Square Tenant Corporation, a nonprofit controlled by the Hubbards, filed a property declaration in 2018 claiming it had a 25% interest in the portion of Preservation Square bordering 14th Street — the only real estate not in the financing package that closed in June.

Still, at an aldermanic hearing last month, Hubbard blasted the project’s delay and what she said were McCormack Baron’s efforts to “go around the alderman.”

”They tried to press me for tax abatement,” she said, “which was never included in their original plan.”

She alleged that the city has stepped in to fill financing gaps for the project multiple times.

“The city has gone above and beyond just trying not to lose the grant that you all have allocated to a developer who has done nothing more in the city of St. Louis but gain his wealth on the backs of poor people and create a public housing corridor in one of the most crime-ridden neighborhoods in the city of St. Louis,” Hubbard said at the hearing.

Hubbard did not respond Monday to a request for comment.

Baron said city leaders haven’t added “anything more than they originally agreed to.” And while he confirmed that Carr Square has a stake in the project, he said it was reduced to “a very, very small interest,” years ago, when the property was refinanced.

“That’s not holding up anything and it won’t hold up anything as we move forward,” Baron said. “Their notion of what it is they have an interest in and what in fact are the facts are two different things.”

People have already been moved to other housing to accommodate construction, Baron said, and any delay would further keep them from their new homes.

“These are her constituents,” he said. “I suspect there will be a finding that the bill is illegal.”

St. Louis Community Development Administration Director Matt Moak said at the October hearing that, while he had doubts about the project, the city’s $10 million commitment hasn’t changed.

“The horse is so far out of the barn on this, it’s really hard to go back and criticize,” Moak said. “We all would benefit just trying to get this project to completion.”

Future phases will depend on McCormack Baron winning more low income housing tax credits from the Missouri Housing Development Commission, which is expected to review granting credits for a second phase of the project before the end of the year.

"They always sat down at the table and negotiated a development fee and how that should be shared. We thought in this process, that should be a given”

Taxpayers spent millions to build a downtown housing complex where owners and management teams allegedly did little to protect residents.

The turmoil in Missouri's low-income housing tax credit program under former Gov. Eric Greitens delayed the project for over a year.

HUD awards nearly $30 million to the city of St. Louis

St. Louis is among five cities to receive Choice Neighborhoods grants from the Obama administration.

Obama administration official to be in St. Louis to announce major housing grant

It's the latest win for North St. Louis and could trigger millions more in social service funding near the new western headquarters of the National Geospatial Intelligence agency.

The Choice Neighborhoods grant would help city redevelop a housing complex and provide services near the NGA.

A man rides his bike past the entrance to Preservation Square where demolition work continues on Friday, Nov. 6, 2020, as part of the McCormack Baron Salazar rehab of the low-income housing project located along Cass Avenue. Photo by David Carson, dcarson@post-dispatch.com