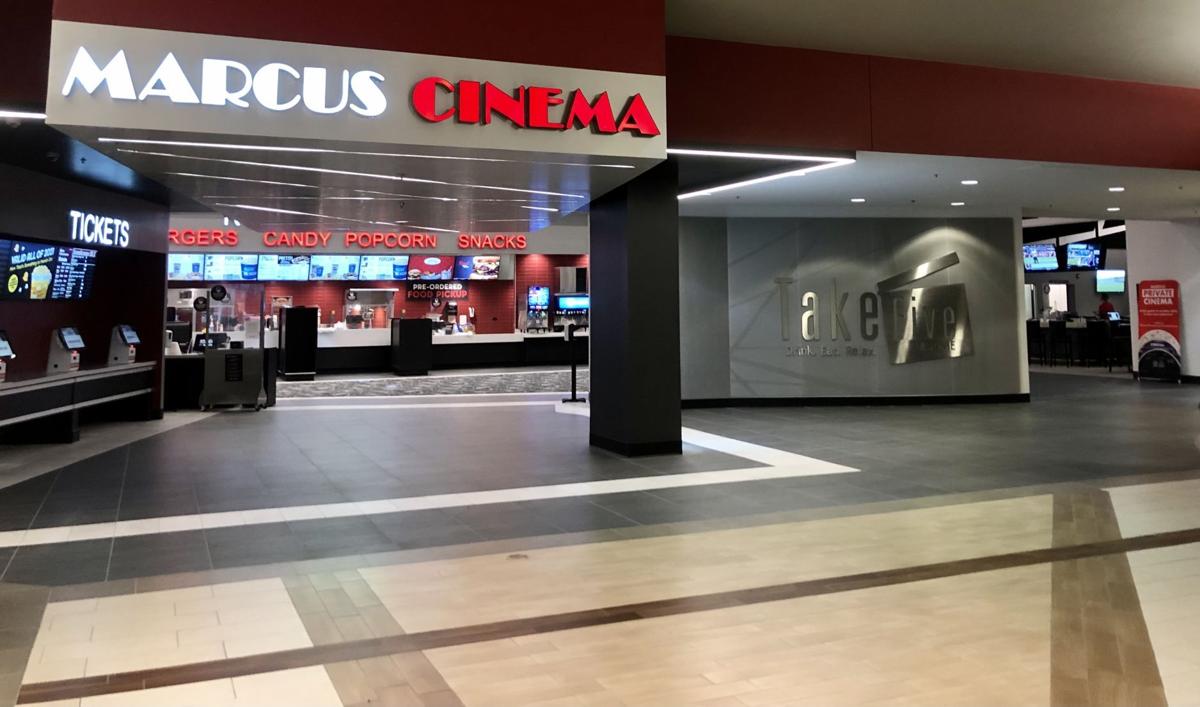 The entrance to Marcus Theatres' St. Peters location lights up a corner of Mid Rivers Mall on May 7, 2021. Marcus recently completed a full renovation of the theater with new recliners in the auditoriums and a new bar in the lobby. 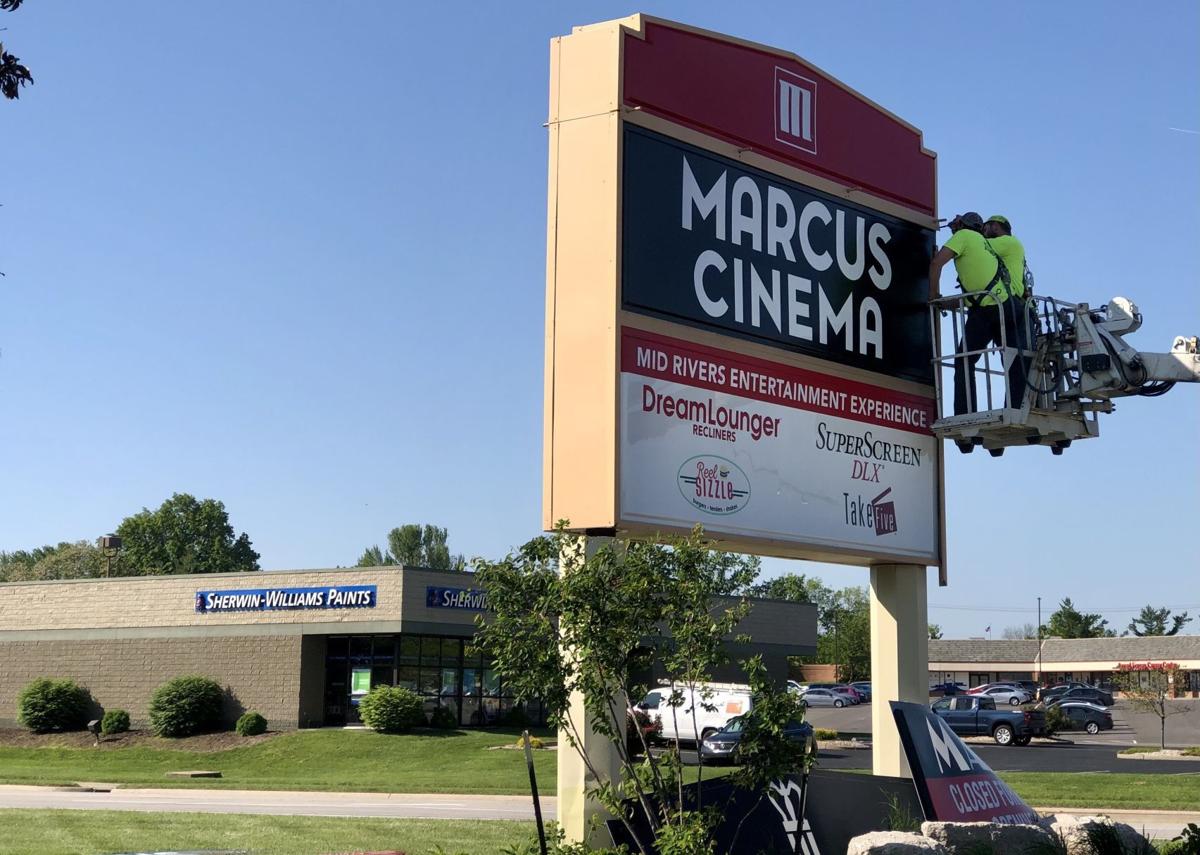 Workers finish putting up a new sign for Marcus Mid Rivers Cinema outside Mid Rivers Mall in St. Peters on May 7, 2021. Marcus recently finished renovations at the theater.

ST. PETERS — If you’re looking to see a movie for Mother’s Day and break in a new theater while you’re at it, you’re in luck.

For moviegoers, the makeover means a new lounge, in-theater meals, reclining seats for all 14 screens and one theater newly converted to the company’s SuperScreen DLX format with an “oversized” screen, souped-up surround sound and heated seats.

Milwaukee-based Marcus, which bought the old Wehrenberg chain in 2016, is unveiling the new look at a time when its cinemas and countless others across the country are looking to make a comeback after a brutal year.

The theater business was already facing stiff competition from streaming services like Netflix before the virus struck, and months of empty auditoriums raised questions about whether the sector could emerge from the outbreak.

When WarnerMedia, home of the storied Warner Bros. studio, announced in December that it would release 2021 films for streaming the same day they opened in theaters, it prompted early eulogies.

For at least two St. Louis-area theaters, the Moolah Theatre and Lounge in the Grand Center neighborhood and the AMC Dine-In West Olive 16 in Creve Coeur, the death knell was real.

But Brian Shander, Marcus’ Missouri district director, was all optimism as he led a reporter through the renovated St. Peters theater Friday morning.

Just as his boss did last year as renovations were beginning, Shander cast the new Take Five bar and its 23-foot screen as a place people could spend both parts of a dinner-and-a-movie outing.

He said he’s also seen signs of life for moviegoing in the company’s theaters, with better-than-expected showings for “Godzilla vs. Kong” and the anime hit “Demon Slayer the Movie: Mugen Train” — and potential summer blockbusters like Marvel’s “Black Widow” yet to come.

Shander, who started with the company more than 20 years ago as a teenage usher in Chicago, said the industry has been left for dead before.

“The obituary of theaters has been written many times and it hasn’t come to fruition,” he said. “TVs, VCRs, DVDs were all supposed to do it and we’re still here. People want that experience out in the community.”

Anyone proving Shander right this weekend will get some complimentary popcorn, according to a news release.

Showings in St. Peters this weekend include “Godzilla v. Kong,” “Wrath of Man,” and “Mortal Kombat.”

Marcus operates eight other theaters in the region, including locations in St. Louis, Des Peres and Chesterfield. All but one, a second-run theater in the Metro East, has re-opened, Shander said.

The company operates locations in Cape Girardeau and the Lake of the Ozarks area. They are also open.

The entrance to Marcus Theatres' St. Peters location lights up a corner of Mid Rivers Mall on May 7, 2021. Marcus recently completed a full renovation of the theater with new recliners in the auditoriums and a new bar in the lobby.

Workers finish putting up a new sign for Marcus Mid Rivers Cinema outside Mid Rivers Mall in St. Peters on May 7, 2021. Marcus recently finished renovations at the theater.