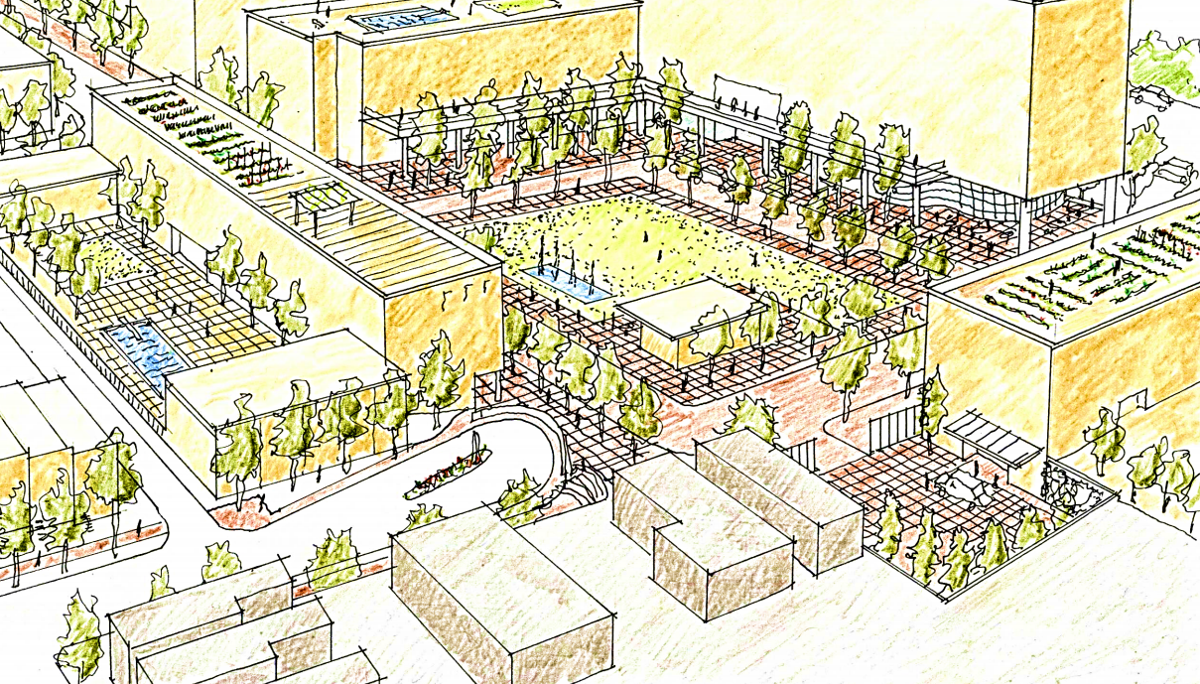 Longtime HOK executive Bill Odell is behind early plans to redevelop the corner of Chouteau and Jefferson avenues in the Lafayette Square neighborhood. 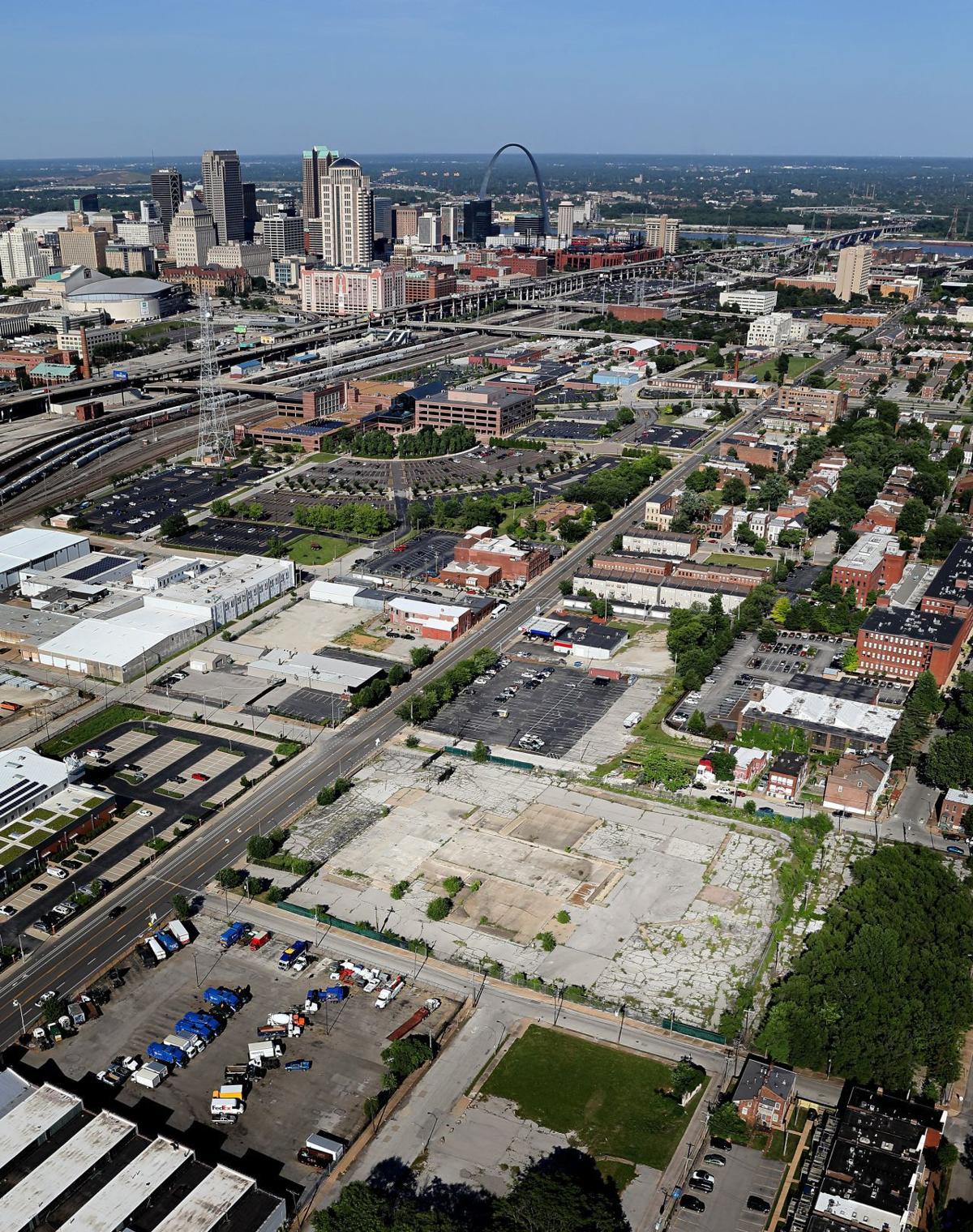 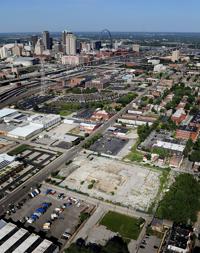 The former Praxair site (center), which was destroyed in an explosion in 2005, is pictured along Chouteau Avenue in St. Louis on Tuesday, June 5, 2018. Plans submitted by St. Louis architecture giant HOK to the St. Louis Planning Commission call for up to 12 acres of redevelopment on the parcels adjacent to the empty industrial site that would include residential units, commercial space and possibly a hotel. Photo by David Carson, dcarson@post-dispatch.com

A key panel of St. Louis aldermen on Wednesday endorsed a package of property tax breaks to assist a $152 million development of houses, apartments and commercial space near the corner of Chouteau and Jefferson avenues in Lafayette Square.

The 13-acre project led by former HOK principal Bill Odell, who spent over 30 years at the architecture firm, could take as long as eight years to fully build out. But Odell said if aldermen sign off on zoning changes and tax abatement, the first phase of town houses and apartments along Hickory Street could start this spring.

The hearing at the St. Louis Board of Aldermen’s Housing, Urban Development and Zoning Committee also provided new details on the density and scope of the project that the developers have been hesitant to share.

Plans call for 500 residential units and 120 condominiums in the area along Chouteau Avenue, along with some 84,000 square feet of commercial and retail space.

Partnering with Odell is Paul Hamilton, an owner of popular restaurants Vin De Set and Eleven Eleven Mississippi. A company tied to Hamilton owns the lot just to the east of the Praxair site. The owner of the Vanguard Truck Center property at the corner of Chouteau and Jefferson avenues, Tom Graddy, is also a partner. The developers plan to finance about 20 percent of the project with their own equity, according to a city analysis.

The plans include the site of the Praxair industrial gas plant that exploded in 2005, which the partners purchased. The vacant parcel in one of the poshest neighborhoods in the region has confounded past attempts at redevelopment, most recently Pulte Homes’ plans for 60 town houses.

“In Lafayette Square, these 13 acres are essentially the only portion of the neighborhood that is blighted,” said St. Louis Planning and Urban Design Director Don Roe.

The committee recommended approval of up to 15 years of property tax abatement worth 95 percent of the development’s value. That’s worth about $30 million in today’s dollars, according to Jonathan Ferry, a development analyst for the city. The tax abatement in the bill sent to the full board of aldermen was below the 20 years of abatement the city’s Land Clearance for Redevelopment Authority had recommended in April.

Ferry gave the project a score of 3.75 out of 5 stars, which is above the 3.5 threshold that the city considers a worthwhile project. The value of the incentives keeps the project from generating the tax revenue city officials believe could be generated in that area, although Ferry noted it was still above average for the city as a whole.

“What we have is about four failed attempts to get this done,” said Otis Williams, Ferry’s boss, who heads the St. Louis economic development arm. “And this is one of those where we have willing developers who just need assistance to get it done.”

Any new development that isn’t finished within eight years will only be eligible for a decade of property tax abatement.

New homeowners, meanwhile, would still be paying the value of their real estate taxes. But instead of going to the general city and school district tax pool, the incentive package is structured to use those payments to finance public infrastructure improvements within the development footprint.

The arrangement is similar to a development in Forest Park Southeast, CORE @ South Newstead, that used redirected property tax payments to finance roads, lighting and other infrastructure upgrades.

Some $6.2 million in infrastructure improvements in the area will be financed with payments in lieu of property taxes from those who buy the residences from the developer, who won’t receive any property tax break. Meanwhile, the commercial and apartment developer-owned portions will pay 15 percent of the property tax abatement value toward the infrastructure debt, said the developers’ attorney, Dave Richardson of Husch Blackwell.

“After the $6.2 (million) is paid off, then the abatement effectively drops down to 80 percent,” he said.

The infrastructure improvements could also benefit adjacent property owners eyeing their own projects. Leonard Adewunmi and his brother are planning town homes and apartments near Lasalle Street and Missouri Avenue, at the southern edge of the development footprint.

“We’ve been working closely with them since January and came up with a plan that met their needs and the neighborhood’s needs,” Odell told the committee.

The development is another major proposal west of downtown and near Jefferson Avenue. To the north, along Market street, an ownership group pursuing a Major League Soccer team is planning a stadium. And to the north of that, along Jefferson and Locust Street, Jassen Johnson is working a $55 million development of rehabbed office spaces, lofts and a hotel.

The mixed-use redevelopment near Chouteau and Jefferson avenues should begin this summer.

Construction to start on $500k+ homes in Lafayette Square, part of $160 million development

HOK executive looks to redevelop a corner of the neighborhood he has long called home.

Longtime HOK executive Bill Odell is behind early plans to redevelop the corner of Chouteau and Jefferson avenues in the Lafayette Square neighborhood.

The former Praxair site (center), which was destroyed in an explosion in 2005, is pictured along Chouteau Avenue in St. Louis on Tuesday, June 5, 2018. Plans submitted by St. Louis architecture giant HOK to the St. Louis Planning Commission call for up to 12 acres of redevelopment on the parcels adjacent to the empty industrial site that would include residential units, commercial space and possibly a hotel. Photo by David Carson, dcarson@post-dispatch.com 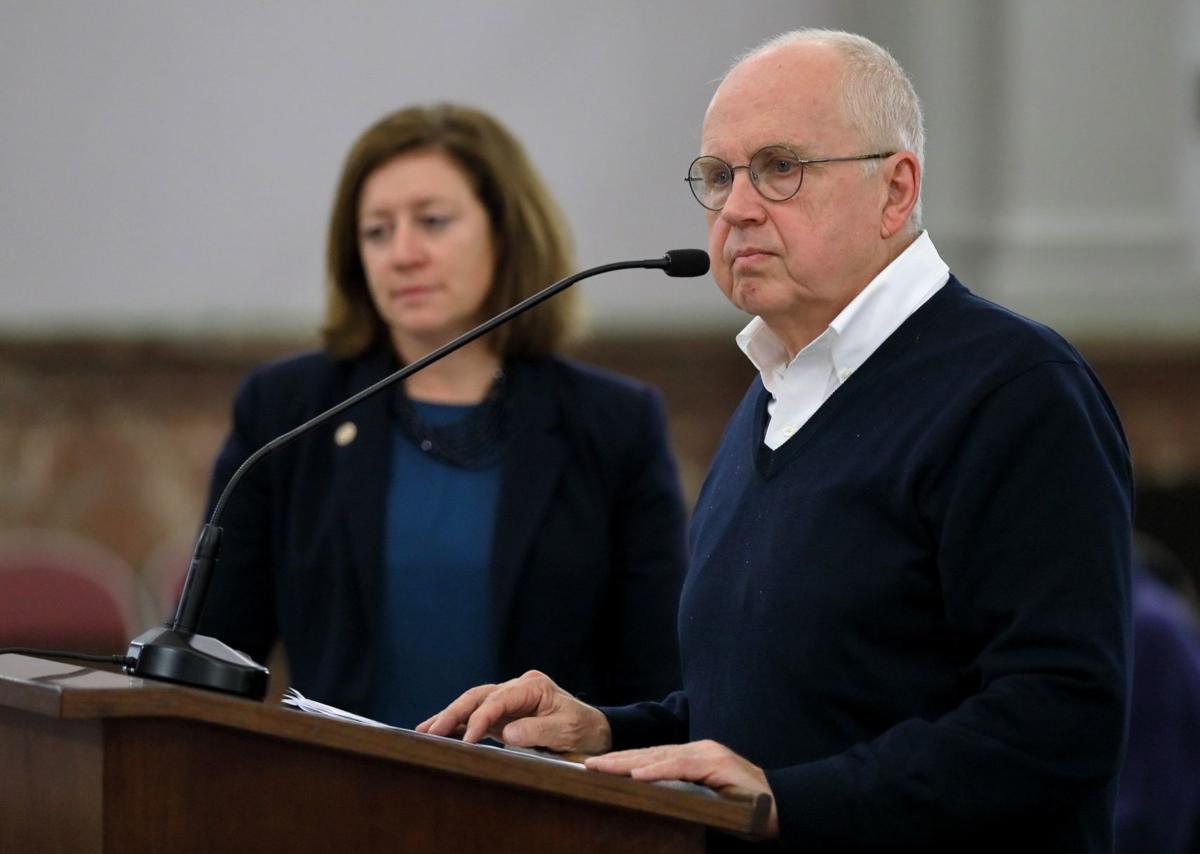 FILE PHOTO: Developer Bill Odell takes questions from the Housing, Urban Development and Zoning aldermanic committee about a proposal to develop the former Praxair site in the Lafayette Square neighborhood of St. Louis on Wednesday, Nov. 28, 2018. Also pictured with Odell is alderwoman Christine Ingrassia (left) who is sponsoring the proposed development. Photo by David Carson, dcarson@post-dispatch.com