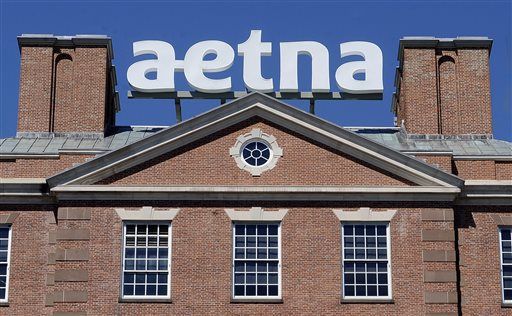 In this Tuesday, Aug. 19, 2014, file photo, a sign for Aetna Inc., sits atop a building at the company headquarters in in Hartford, Conn. Health insurer Aetna Inc. has made a deal to buy competitor Humana Inc. in a $37 billion deal the companies say would create the second-largest managed care company, it was announced Friday, July 3, 2014. (AP Photo/Jessica Hill, File)

Deciding that a merger between Aetna and Humana would hurt consumers, Missouri’s top insurance regulator has issued a preliminary order that bars the companies from offering certain plans if they complete the $37 billion deal announced last summer.

The 43-page order, dated May 24 and posted on the Missouri Department of Insurance website, directs the companies to stop selling comprehensive individual, comprehensive small group and certain Medicare Advantage plans if they move forward with the merger.

David Balto, a former attorney within the antitrust division of U.S. Department of Justice, predicted the move by Missouri will “embolden other states and the DOJ to block the merger entirely.” The Justice Department is reviewing the proposed merger.

Balto, an opponent of the merger, said Missouri is the first state to rule against the Aetna-Humana merger. But other states, including Florida, have ruled in favor of the combination. In February, Aetna said they had secured 10 of 20 state approvals needed. California is among the major states still reviewing the deal.

Aetna officials said: “This order does not impede the DOJ approval process. We are disappointed with the Missouri order but expect to have a constructive dialogue with the state to address their concerns.”

In its order, the insurance department cited decreased competition as a reason for its move.

In Missouri’s comprehensive individual market, Aetna already is the largest insurer, with a 37 percent share of the market. Acquiring Humana would bring its share to 39 percent.

Aetna and Humana have 30 days to submit a plan to “remedy the anticompetitive impact of the acquisition,” according to the order.

Last week, various stakeholders, including health care providers and consumer groups, petitioned the state to block the merger in Missouri. In their request, the groups said a merger would lead to decreased competition and high insurance rates as a result of the combined company.

The Missouri Hospital Association on Wednesday called the order a victory.

The decision “will ensure that consumers have access to plans from a competitive marketplace and that providers can continue to negotiate fairly,” Missouri Hospital Association CEO Herb Kuhn said. “We appreciate their decision.”

Tim Greaney, an antitrust expert and professor at St. Louis University’s School of Law, called the order a “major stumbling block” for Aetna and a win for Missouri consumers.

He said the Justice Department now needs to consider blocking the deal entirely throughout the rest of the country.

The Justice Department does have options it could impose on the transaction. It could require the merged company to sell off, or divest, parts of its business to satisfy anticompetitive concerns.

But Greaney said due to the considerable amount of divestitures that would need to be made across the country, the Justice Department should block the deal, calling it a “bridge too far,” he told the Post-Dispatch.

“One state’s decision alone is unlikely to make Aetna and Humana abandon the deal. The question is whether this is the tip of the iceberg,” he said. “If enough states, or enough big important states, nix the deal, then it becomes a question whether the deal is still worthwhile for Aetna and Humana.”

The Aetna-Humana deal isn’t the only major merger among the nation’s insurance giants. The flurry of deals would reduce the number of major insurers from five to three.

Last summer, Anthem Inc. announced its plans to acquire Cigna Corp. for $54 billion, a deal that also faces scrutiny by regulators, including the Missouri Department of Insurance.

Aetna commits to keeping key functions and operations in the state, regulators say

Aetna ready to fight for $37 billion Humana deal in court

Justice Department is expected to sue to block deal, as well as Anthem takeover of Cigna

The state has already acted to oppose the Aetna-Humana deal.

In this Tuesday, Aug. 19, 2014, file photo, a sign for Aetna Inc., sits atop a building at the company headquarters in in Hartford, Conn. Health insurer Aetna Inc. has made a deal to buy competitor Humana Inc. in a $37 billion deal the companies say would create the second-largest managed care company, it was announced Friday, July 3, 2014. (AP Photo/Jessica Hill, File) 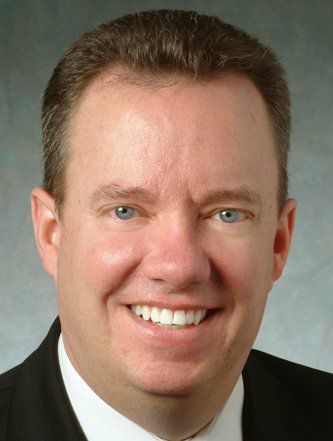