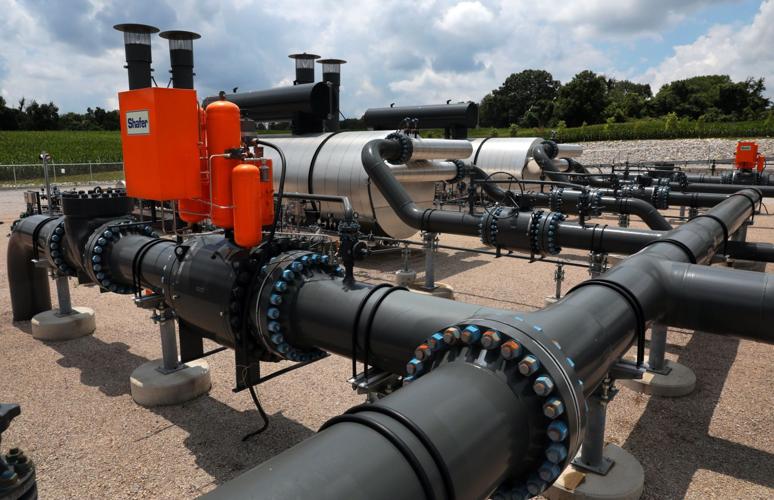 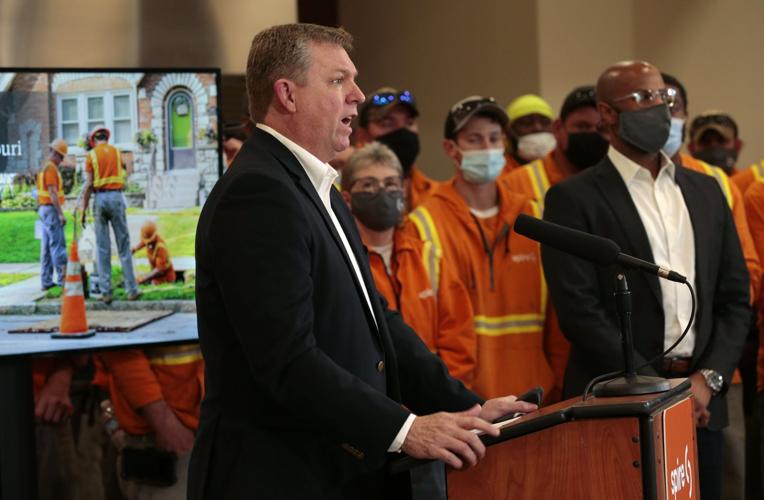 ST. LOUIS — State regulators, concerned that the St. Louis natural gas utility Spire has been stoking fear of winter gas shortages, ordered the company to prepare a letter to customers — by the end of the day Friday — describing the outlook for its gas supply “as accurately as possible.”

The sternly worded order by the Missouri Public Service Commission shows that staff members at the agency share concerns with Spire critics, who have blasted the utility’s recent campaign claiming that St. Louis customers could lose gas service at points this winter if the company’s legally jeopardized Spire STL Pipeline shuts down.

The PSC’s motion Thursday said that the company’s recent messaging to its regional customers — including emails and letters sent with bills — “appear to reflect an attempt by Spire to mobilize public opinion, through fear, in order to potentially pressure federal authorities” now tasked with determining the pipeline’s future.

Spire responded defiantly on Friday. The company said it would “continue to communicate the facts to our customers about potential natural gas service disruptions if the STL Pipeline is taken out of service.”

The utility pitched the 65-mile line in 2016, it was approved by the Federal Energy Regulatory Commission in 2018, and had it running by November 2019. After having earlier challenges sidelined by procedural moves from FERC, the nonprofit Environmental Defense Fund sued in January 2020, arguing Spire had not demonstrated a need for the line, amid flat gas demand in the region and a lack of interest from other gas providers.

This summer a federal court agreed, unanimously revoking FERC’s approval. The court instructed the federal commission, which originally approved the project in a divisive 3-2 vote, to reassess the pipeline and address the legal flaws that marred FERC’s “ostrich-like” decision, the court said. FERC issued a temporary permit for the pipeline to operate until Dec. 13.

But on Nov. 4, after a series of legal maneuvers failed to reverse the court’s decision, Spire sent a letter to 650,000 regional customers.

“We want to keep you informed and prepared for potential natural gas disruptions — and outages — this winter if the pipeline is not kept in service,” the letter said.

But debate about the company’s information campaign has only intensified.

Earlier this week, the Environmental Defense Fund sent a cease-and-desist letter to Spire leaders, saying the company’s messaging about the pipeline, the EDF, and its legal challenge have featured “a number of false, misleading and defamatory statements” — language that has helped provoke threats against the organization, and unease among customers.

“You have failed to inform Spire’s customers that both Spire and EDF support an extension of the temporary certificate allowing the Spire STL Pipeline to continue to operate through the winter, and that FERC is poised to grant the extension,” the letter said.

On Thursday, FERC leaders expressed an aim to act before the temporary permit expires. And at least one took Spire to task:

“We have heard a lot of fearmongering lately, much of it coming from Spire, itself, that residents of St. Louis are going to lose their natural gas service this winter,” FERC Chairman Richard Glick said at the meeting. “I think it’s time to turn down the rhetoric and examine the facts.”

That same day, Missouri regulators at the PSC weighed in, too.

“Staff’s cursory examination of Spire’s website revealed a number of public communications posted there that indeed overstate the likelihood of the closure of the Spire STL Pipeline and resulting dangers to the public,” the PSC said in a newly filed motion.

As a result, the commission demanded that Spire write a new letter to customers, accurately describing the situation facing the pipeline in order to “allay public fears or concerns,” and send it to the commission by 5 p.m. Friday for review and approval.

Spire did not directly address the PSC’s concerns about inciting fear in customers, but said in the statement Friday that it welcomed the chance to work with the agency. The company maintained, however, that it had a responsibility to discuss possible outages “in the face of ongoing regulatory uncertainty.”

Moreover, a Spire representative said, the company had no plans to change or remove previous messages, such as social media posts, that describe the situation facing the pipeline.

Posts to the company’s Facebook page, for instance, have featured slogans like, “Don’t lose what you use.”

Some customers have responded with humor.

“Who knows what’s going on?” another person wrote online, beneath a company post. “Please don’t shut this down. We will freeze to death.”

The PSC also directed staff, it said Friday, to consider a complaint against Spire for “false and misleading communications” and a failure to ensure sufficient gas supplies for this winter.

The St. Louis-based natural gas utility typically sustains losses in the quarter, given the fact that its "earnings are concentrated during the winter heating season."