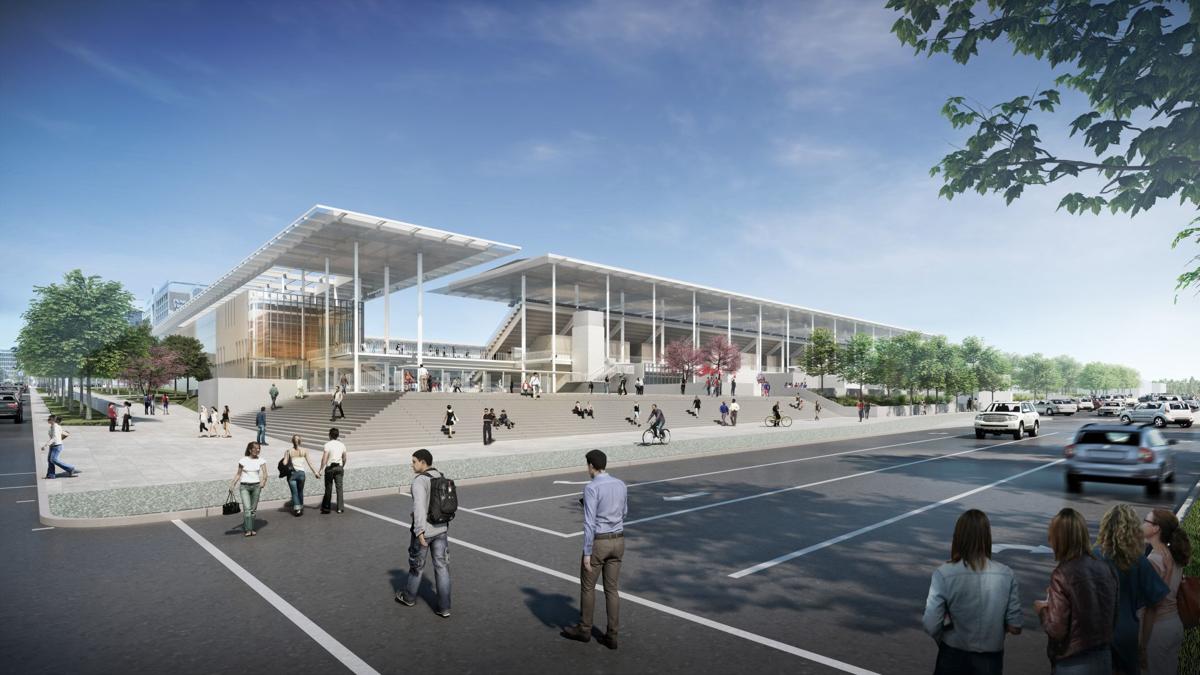 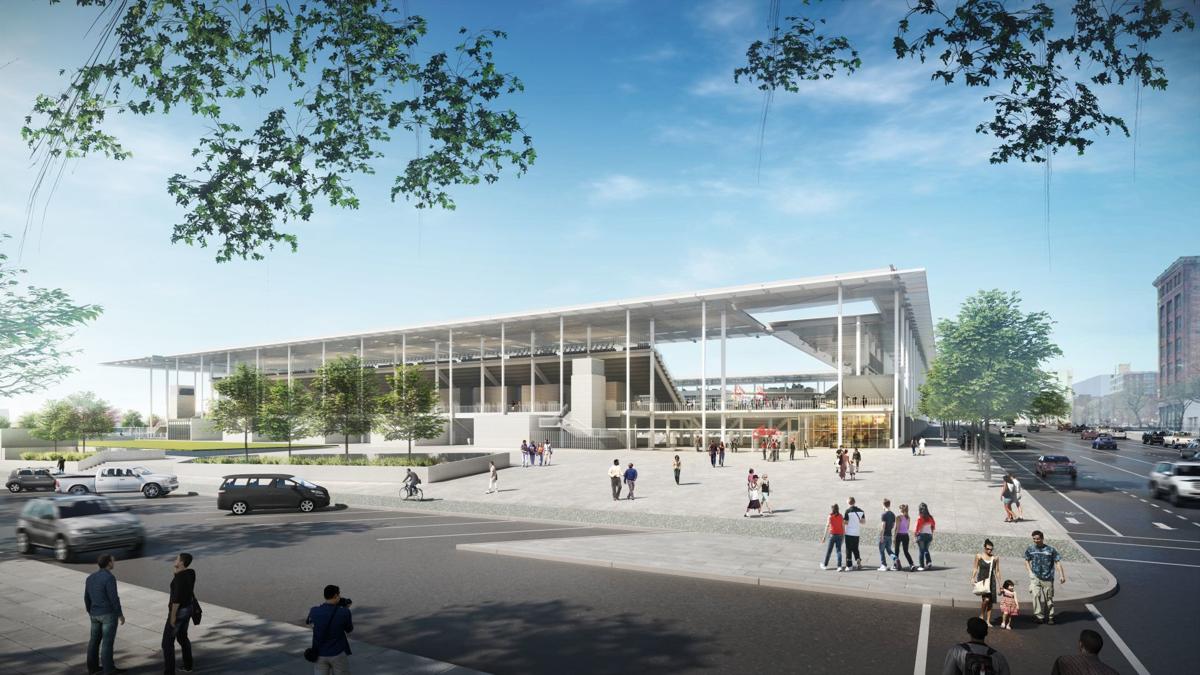 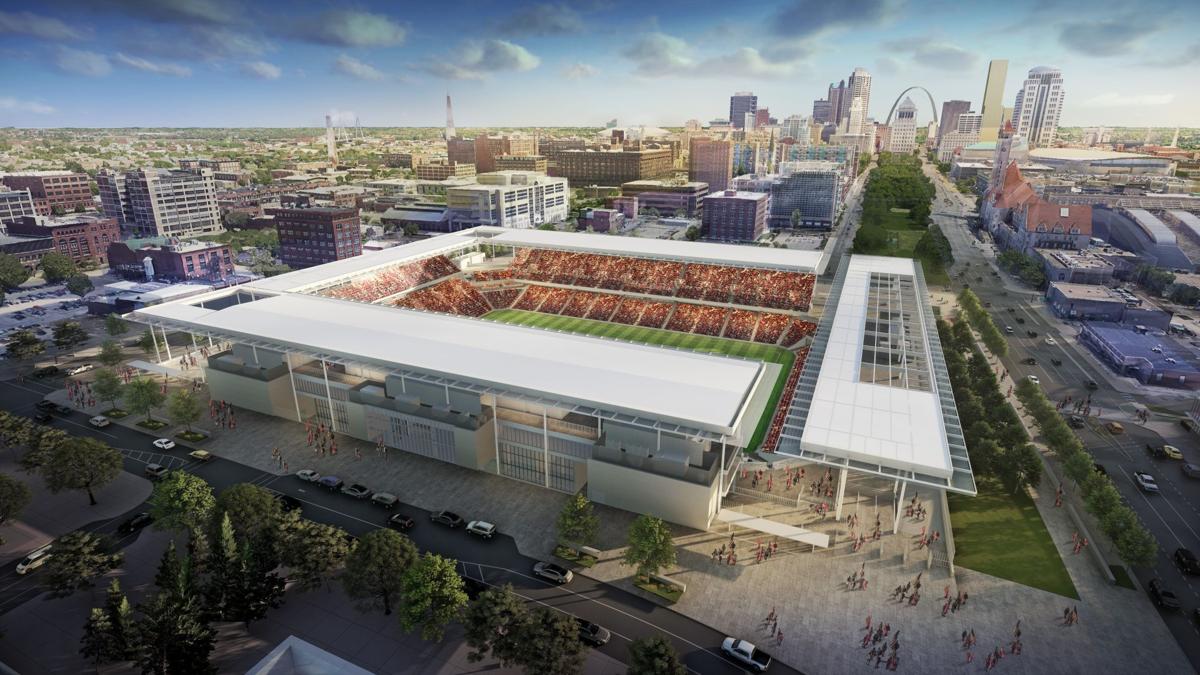 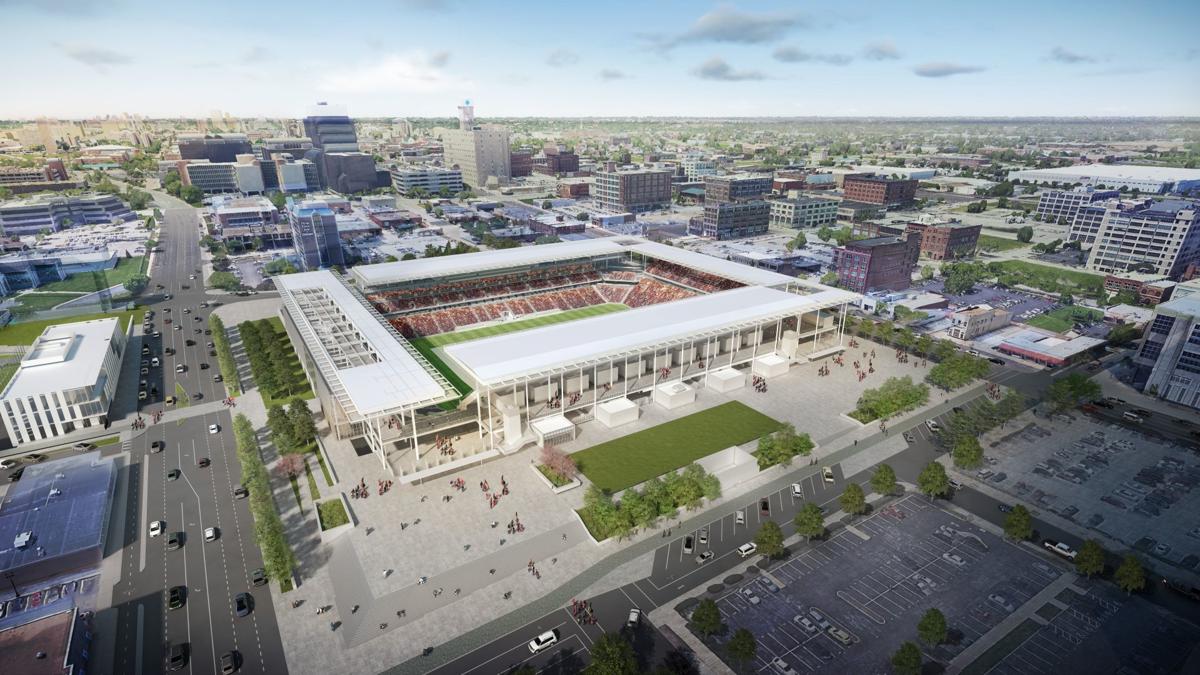 ST. LOUIS — The local Major League Soccer ownership group is adding steps to the eastern edge of its planned stadium downtown and has updated landscaping, according to new designs released on Wednesday.

Design work from architects HOK and Snow Kreilich Architects is moving ahead on the stadium planned at Market and 20th streets, and ramps to and from Highway 40 (Interstate 64) have already closed in the Downtown West area to make way for the stadium, which the team hopes to have ready by March 2022.

"Making the stadium more accessible from 22nd street and adjusting planting locations to create a more active public environment will only enhance the stadium’s ability to connect Downtown West and extend the Gateway Mall, while directing it north and south,” Julie Snow, co-founder of Snow Kreilich Architects, said in a statement.

The St. Louis Board of Aldermen last week approved key development plans and some tax incentives for the stadium, which the ownership group expects could cost between $350 and $400 million.

An ownership spokesman said the design changes are unrelated to the decision by Missouri Gov. Mike Parson's administration to withhold $30 million in state tax credits the owners had been counting on. A lawyer for the MLS group said last month that designers and architects were "looking at things" after the state's decision.

The measures, authorizing property tax and sales tax breaks, won preliminary approval Friday and will come up for final approval next week.

Two measures needed for the planned soccer complex on the western edge of downtown were given final approval Friday on 22-1 votes.

While officials are optimistic, they await final details of $250 million soccer stadium plan.