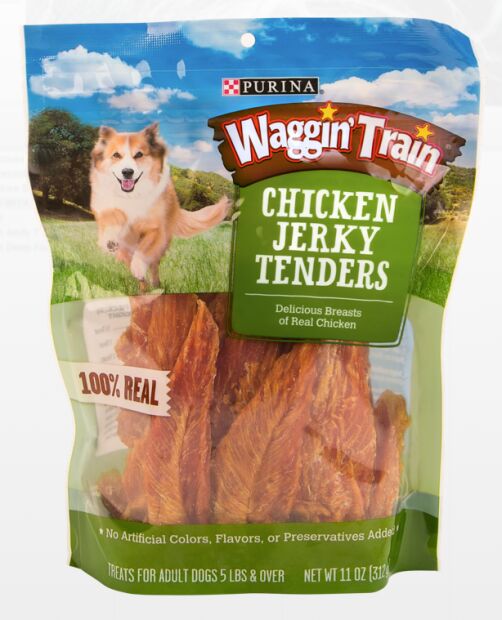 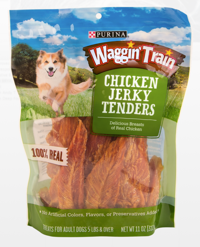 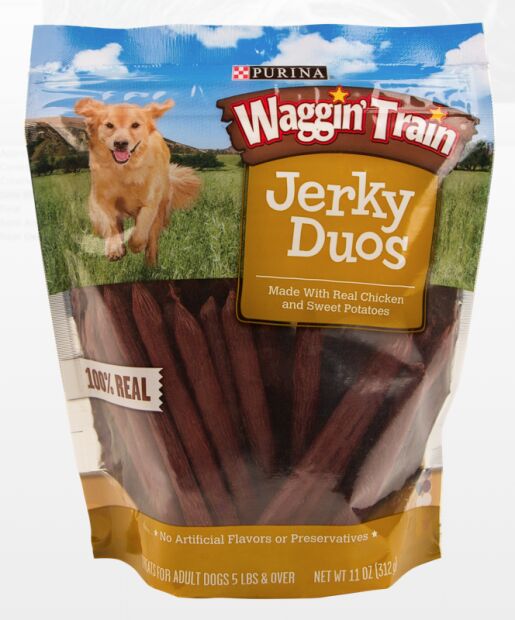 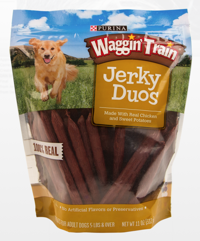 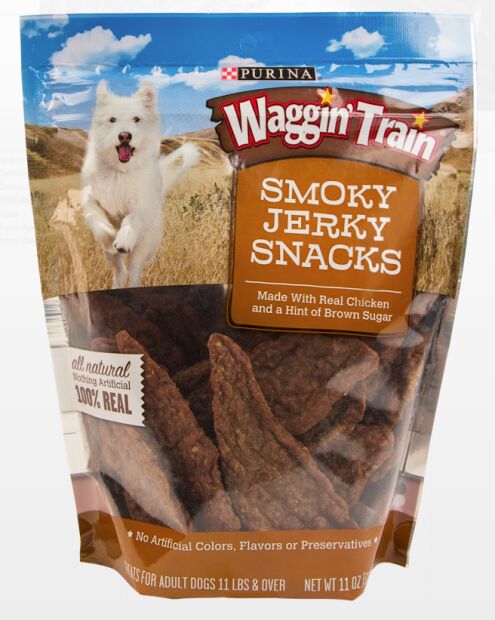 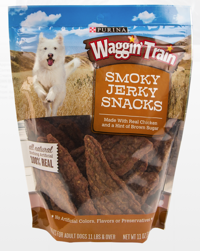 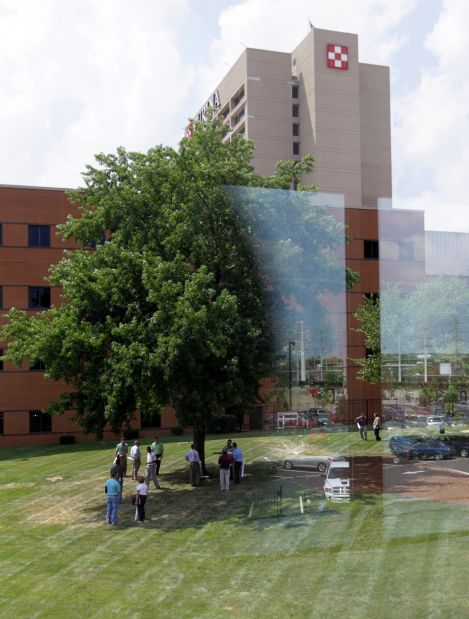 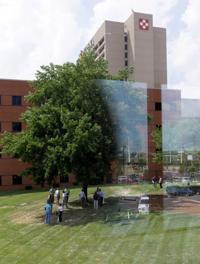 When Nestlé Purina PetCare bought Waggin’ Train, in 2010, the maker of dog jerky treats was seeing explosive growth, generating $200 million a year in sales, up 30 percent from a year earlier.

Then things suddenly came screeching to a halt for the company and other dog jerky producers.

The maelstrom was too great for the pet food giant. While defending its product as safe, Nestlé Purina pulled the treat from the market last year.

One year later, the U.S. Food and Drug Administration still has no conclusive finding on the link between the chicken jerky treats made in China and pet illnesses.

Now the pet food giant plans to reintroduce Waggin’ Train and a sister brand next month, saying that consumers want the products back on store shelves.

But rebuilding consumer confidence — especially when furry members of the family are involved — could prove a difficult and sensitive challenge.

Communicating with customers will be critical, said Haim Mano, associate professor of marketing and department chair at the University of Missouri-St. Louis.

“People treat their pets like members of the family, and nobody knows this better than Purina,” Mano said. “They have to make it very clear that the product is safe to use, and they have to rebuild that trust.”

In recent years, St. Louis-based Nestlé Purina PetCare, a unit of Swiss-based Nestlé, and other makers of dog jerky found themselves facing a growing backlash from consumers blaming the treats for their dogs’ illnesses and deaths.

As early as 2007, the FDA had issued a warning about a possible relationship between dog illnesses and chicken jerky products made in China.

Over the past seven years, the FDA received 4,500 reports of pets, mostly dogs, that became ill after consuming jerky treats, and 580 pet deaths, but no cause has been found.

No brands were ever recalled by the FDA, which asked consumers to report pets’ illnesses and deaths on its website, www.safetyreporting.hhs.gov.

Many pet owners reported to the FDA that their pets ate jerky treats and developed Fanconi syndrome, a kidney disease in dogs that can lead to renal failure.

“This is one of the most elusive and mysterious outbreaks we’ve encountered,” Bernadette Dunham, director of the FDA’s Center for Veterinary Medicine, said last fall.

The regulatory agency continues to search for a cause. It has tested the jerky for everything from salmonella to heavy metals.

“To date, testing for contaminants in jerky pet treats has not revealed a cause for the illnesses,” FDA spokeswoman Juli Putnam wrote in an email.

Still, the controversy has garnered federal lawsuits, which remain pending, against both Nestlé Purina and rival Del Monte Corp., another maker of dog jerky, from customers who allege the treats caused their pets harm.

Nestlé Purina says Waggin’ Train jerky has always been safe to feed to pets, as directed on the product’s packaging.

However, the company voluntarily withdrew all Waggin’ Train and Canyon Ranch brand dog treats in the U.S. on Jan. 9, 2013, after New York state agriculture officials found trace amounts of antibiotics in the treats that weren’t approved for consumption in the U.S. The company didn’t previously test for antibiotics, which are allowed in some countries, but now it does.

Del Monte also withdrew its Milo’s Kitchen Chicken Jerky and Chicken Grillers at the same time as Nestlé Purina, after antibiotics were found in their treats. Del Monte plans to bring back its Milo’s Kitchen pet jerky products this year, according to NBC.

Nina Leigh Krueger, president of Waggin’ Train, said the company has spent the past year revamping its manufacturing processes in preparation for the relaunch of the pet treats next month.

“It was always safe to feed, and we are very confident with these products,” Krueger said in an interview at Waggin’ Train’s offices in downtown St. Louis last week. “We definitely believe in this brand, and we feel like there is good growth potential for the company.”

Waggin’ Train now contracts with a single-source, U.S.-based supplier for raw materials at a newly built facility in China and has its own in-house inspectors on site, according to Nestlé Purina’s vice president of manufacturing Bill Cooper, who oversaw the changes in China. The supplier, which Nestlé Purina declined to name, is one that Waggin’ Train has contracted with previously.

“We certainly had very stringent testing prior to the withdrawal, but we’ve enhanced that,” Cooper said. “We’ve also met with the FDA on several occasions to go through our testing. We are confident the quality controls are better than anyone else’s manufacturing jerky treats.”

The FDA declined to provide details about its discussions with Nestlé Purina.

Krueger said the decision was made to bring back the products due to strong customer demand.

“We have had thousands of consumers calling and asking, ‘When is Waggin’ Train coming back?,’” she said. Next month, the company also plans to bring back another brand, Canyon Creek Ranch dog treats, that will be made in the U.S.

The products are designed to appeal to the growing number of customers seeking natural ingredients in their pet treats.

“Consumers really love feeding simple ingredients to their dogs, and the category is still growing,” Krueger said. “It’s similar to what we want ourselves.”

Last week, Waggin’ Train reactivated its website, www.waggintrainbrand.com, adding a toll-free phone number for customers to call if they have questions about the products.

As part of the relaunch, the company is putting its Purina name and logo on the packaging of Waggin’ Train products.

“We’re putting Purina’s name on it because Purina stands for quality,” Krueger said.

In its new incarnation, Waggin’ Train has whittled down its product lineup from about 30 products to just a handful of offerings: Chicken Jerky Tenders made in China; and two U.S.-made products, Jerky Duos and Smoky Jerky Snacks.

Lisa Murphy, assistant professor of toxicology at the University of Pennsylvania’s School of Veterinary Medicine, is one of the researchers that has assisted the FDA in recent months in its studies of pet illnesses related to jerky treats. The school is one of more than 30 diagnostic labs in the country that’s part of the FDA’s Veterinary Laboratory Investigation and Response Network, formed in 2011.

So far, there has been no causation found between specific jerky products and pet illnesses, Murphy said.

She advised pet owners to follow manufacturer’s recommendations on packaging carefully and to talk with their veterinarians about giving treats to pets.

“These are meant to be occasional treats, and some people use them more often than that,” Murphy said. “People need to be very vigilant, ask questions and ask their vets about where treats should fit in their pet’s diet.”

One of the problems in collecting data on pet owners’ reports to the FDA is the product in question and its packaging often aren’t kept by the pet owner.

“To have the accurate information about the pet’s illness, test results, the pet’s history and the lot information from the packaging, and a sample of it, is unusual,” she said. “More case data is needed.”

The withdrawal a year ago marked a setback for Nestlé Purina, one of the world’s largest and oldest pet products companies. The company’s other brands include some of the country’s most recognizable pet foods, including Purina Dog Chow, Beneful and Friskies.

Waggin’ Train’s executives say they anticipate the relaunch will be met with skepticism after the jerky product withdrawals were widely publicized last year and the products garnered strong customer backlash.

Waggin’ Train and other brands took a beating on social media sites, where customers voiced their concerns and anger with the pet food companies.

“We expect there to be a conversation, and we welcome it,” Krueger said. “We expect some of it to be positive, and some of it won’t be.”

The jerky treats that have made pets ill were primarily made in China, the FDA said.