One year after bankruptcy, Peabody expresses optimism — though challenges remain for coal industry
0 comments
Share this
{{featured_button_text}}
1 of 3 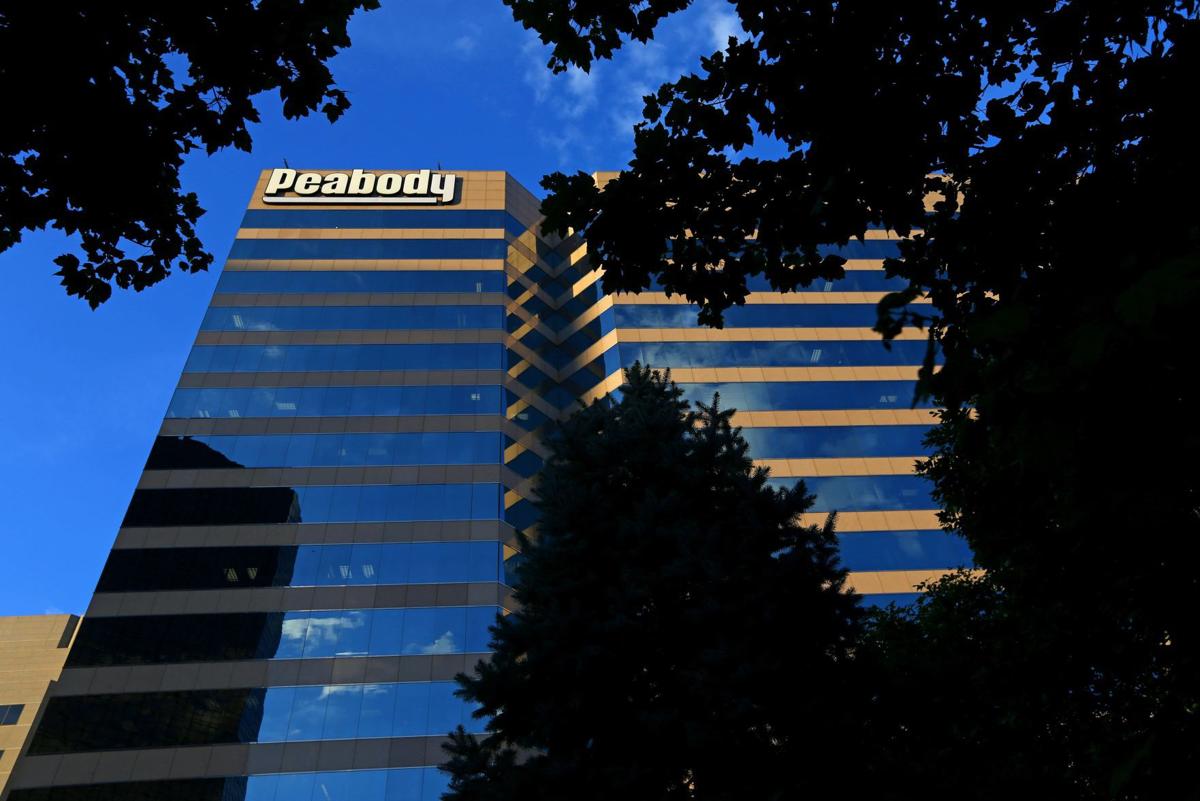 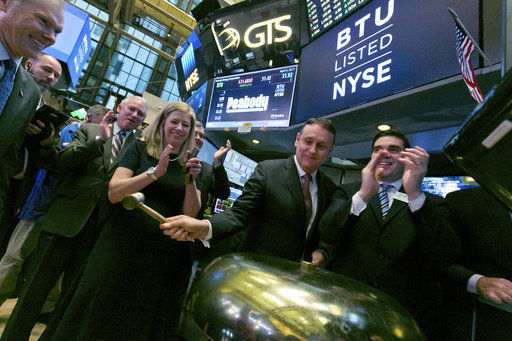 Peabody Energy Corp. President & CEO Glenn Kellow, second from right, joined by company CFO Amy Schwetz, rings a ceremonial bell as his company's stock begins trading on the floor of the New York Stock Exchange, Tuesday, April 4, 2017. The nation's largest coal producer, Peabody Energy Corp., said Monday that it has emerged from bankruptcy protection after a year. The St. Louis company said it reduced costs and slashed its debt load by more than $5 billion in the past year. (AP Photo/Richard Drew) 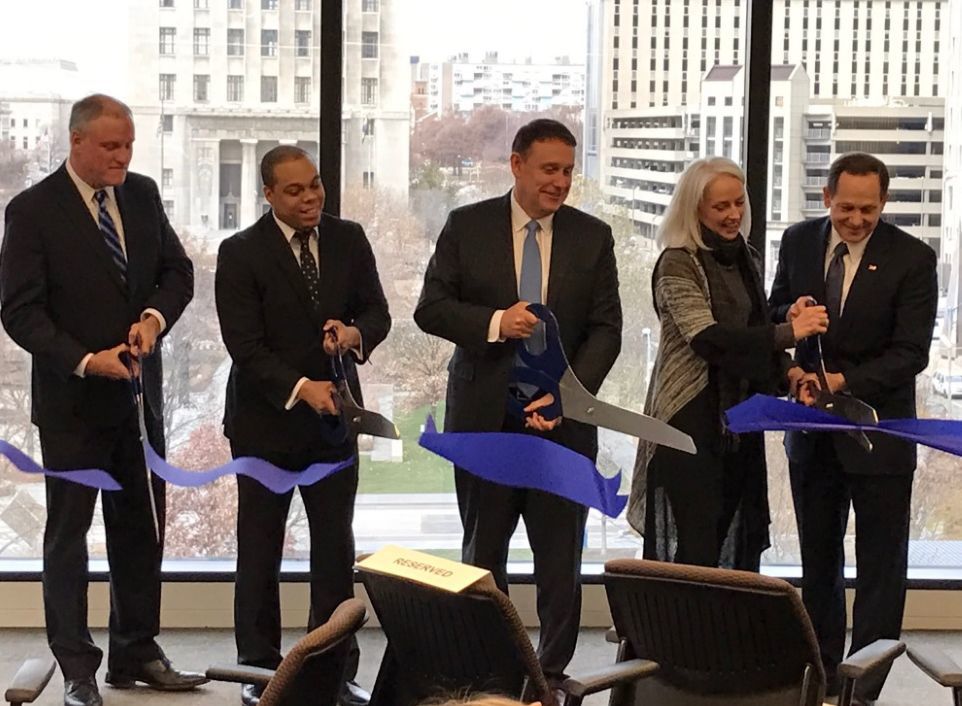 Coal’s struggles throughout the United States are commonly espoused in headlines and in political rhetoric that — even one year into a vocally pro-coal presidency — has not produced any signs of a turnaround. Instead, the industry remains besieged by tough market competition, continued closures of coal-fired power plants and still bears fresh scars from high-profile bankruptcies that swept through its ranks and toppled even its largest companies.

But that gloomy background is hardly reflected in the present-day tone of the industry’s biggest private-sector player, Peabody — nor in the pay for its CEO Glenn Kellow, which totaled $20.6 million in 2017, boosted by bonuses and stock awards. Now a full year removed from its emergence from Chapter 11 bankruptcy in April 2017, the St. Louis-based company expresses plenty of optimism about its present and future health — pinning its hopes largely on its access to developing economies in Asia, where it says prospects for growth can more than offset the continually diminishing U.S. market for coal.

“We think within that industry backdrop that Peabody is positioned to do very well, with the right kind of assets pointed at the right demand centers,” said Vic Svec, Peabody’s senior vice president of global investor and corporate relations.

That belief — that Peabody is “well-positioned” to stave off decline thanks to its prominent Australian mines’ ability to serve Asia — has been a common mantra for the company since it emerged from bankruptcy with $5 billion in reduced debt. The company, which reported $5.6 billion in revenue in 2017, operates 23 mines in the U.S. and Australia and employs 7,100 people globally.

The company’s fortunes are jointly influenced by a tale of two markets — domestic and international — as well as that of two products: “thermal” coal, used in power plants to produce electricity, and metallurgical or “met” coal, used in steelmaking.

Prospects are dim domestically, with the company readily admitting that it believes “the U.S. coal industry is in gradual, secular decline,” according to Svec, with demand expected to keep waning, long-term. But now and in the future, Peabody’s Australian operations — which already account for more than half of the company’s earnings — could be there to help pick up the slack, as a chief supplier of both thermal and metallurgical coal to the large, growing Asian markets, where global demand is expected to shift.

Beyond Peabody’s already sizable revenue streams from Japan, Taiwan, China and India, the company expects its hottest growth to come from other, less developed parts of Asia.

“It’s our belief that those Southeast Asian countries will be pretty substantial customers,” said Svec, referring to emerging economies in heavily populated countries such as Indonesia, Vietnam and Thailand. “Those represent probably the largest growth over the next five to 10 years.”

Overall, outside projections cited by the company in a recent report to investors state that world growth of coal-power generation is expected to increase 15 percent by 2030 — representing “growth greater than the entire U.S. fleet.”

And it’s not as if Peabody is giving up on its presence in the U.S. Though coal accounts for a shrinking share of power on the domestic grid amid competition from natural gas and, increasingly, renewables, it still accounts for about 30 percent of the nation’s electricity generation — what Svec describes as a “steady stream of business” the company still heavily relies on.

“In the U.S., we’re more in defensive mode, but having the right assets in the right regions makes a difference,” said Svec. “We tend to emphasize those low-cost (production) regions: the Powder River Basin in Wyoming, and the Illinois Basin.”

The company hopes the industrywide bleeding could be slowing a bit, as well.

“We believe that the next five years will moderate the decline from what we saw the last five years,” said Svec, explaining that from 2012 to 2017, U.S. electricity generation from coal dropped from about 37 to 30 percent. But through 2022, he said it is expected to drop off at a slower rate, dipping to 27 or 28 percent.

Of course, the company’s Chapter 11 reorganization, itself, has also powerfully brightened its outlook, helping dispel the cloud cast by the multi-billion-dollar losses suffered just two years ago.

“There’s no question that there’s a much brighter mood around Peabody than there was a couple years ago,” said Svec.

He said the year since bankruptcy has been “very active from a financial perspective,” highlighted by the company further trimming its net debt to under $500 million, and buying back about $350 million in stock. While executives like Kellow have been well compensated in the wake of the company’s reorganization, all company employees were issued some of the company’s new stock upon emergence from bankruptcy.

Among outside investors and academic experts, Peabody’s optimism is shared by some, and met with skepticism from others.

Some in the investment community agree that coal, globally, isn’t doing as badly as many headlines might suggest, particularly because of growth prospects in the developing countries that Peabody is targeting.

“It’s easy to see all the anti-coal sentiments in the Western world and sort of conclude that it’s all over and that we should fold the tent,” said John Bridges, senior analyst at J.P. Morgan covering precious metals and the coal space.

But as Western consumption slumps, Bridges points to coal-plant construction in industrializing Asian countries and says access to those markets is a key draw for investors.

Even in the U.S., Bridges says investors haven’t ruled out some kind of possible rebound for coal, should the “43-year lows” for natural gas prices finally relent.

“There’s potential for gas prices to move back up from these lows and that reopens the door for coal,” said Bridges.

Rob Godby, a University of Wyoming professor of energy economics, agrees that Peabody is in much better shape than it was two years prior, after shedding substantial debt that had weighed the company down.

“They were dragging a boat anchor behind them,” said Godby, who was interviewed while traveling to a conference in Billings, Mont., called “The Future of Coal,” where he was scheduled to speak.

But fundamental problems remain. Godby says formidable competition from natural gas is not going away, and adds that wind energy “is now the cheapest source of new generation” in the U.S. — potentially challenging the viability of even existing coal plants.

And while coal companies used to be able to bank on overall growth of the economy to drive electricity sales, that is no longer the case. “That linkage between growth and electricity demand has gone away,” said Godby, noting that electricity demand dropped by 2 percent last year despite economic growth. “That’s something the energy industry used to depend on.”

That trend may only be made more dramatic over time. Godby points to the latest long-term forecasts from the U.S. Energy Information Administration, which projects only about a 20 percent hike in electricity demand by 2050.

“But over the same amount of time, we’re looking at the U.S. economy doubling,” said Godby. “That’s an incredible statistic. It just goes to show you where energy efficiency is.”

He’s also not certain that Peabody’s hopes overseas are a sure bet, even though they’re better positioned there than any American coal rivals.

“There is the opportunity to grow in the rest of the world but the question is how much will that happen?” said Godby. “Alternatives are showing up and a lot of these countries have made commitments to cut their CO2 emissions.”

Indeed, not only could Peabody’s fate hinge on how developing nations choose to industrialize, but those choices are likely to have huge implications for global carbon emissions.

Bridges, at least, thinks those countries are likely to turn to coal.

“While it would be nice to develop economies using renewables, it doesn’t seem to work yet,” he says.

But Godby wonders whether they could leapfrog the traditional, carbon-intensive blueprint used by industrialized countries, and go right to distributed energy systems reliant on renewables. He explains that a similar leap happened with phones.

“They just skipped right over landline technology and went right to cellphones,” said Godby. “You might see the same thing in the energy world.”

Another market-induced crunch could come from more carbon-conscious investors, as shown by the growing movement to divest from fossil fuel companies.

Svec said that while Peabody is aware that the investment community is increasingly sensitive to climate concerns, it has not impaired its ability to attract investment.

Bridges, though, does believe that divestment is tangibly restricting some investment in fossil fuel companies, and that as a result, Peabody’s stock is trading lower than he thinks it should.

“We definitely feel that it’s impacting the stock,” said Bridges, noting that the lower performance is “the combination of investors remembering bad decisions five years ago and the fact that some investors just aren’t allowed to trade in the coal space.”

Godby says the various pressures facing Peabody may collectively be reflected by subtle shifts in the language it uses to describe the state of the company and its outlook. Where it used to stress growth opportunities — and make aggressive investments, accordingly — Peabody now tends to talk about positioning.

Even if they manage growth, he doesn’t expect it to be enough to kick the company into “expansion mode” and make heavy investments or droves of new hires.

“We’re not talking about major growth,” he said. “I don’t expect any of the coal companies to make major investments. ... They’re going to run tight.”

To give readers insights into executive pay, the Post-Dispatch has compiled a list of CEOs and their pay.

Peabody Energy Corp. President & CEO Glenn Kellow, second from right, joined by company CFO Amy Schwetz, rings a ceremonial bell as his company's stock begins trading on the floor of the New York Stock Exchange, Tuesday, April 4, 2017. The nation's largest coal producer, Peabody Energy Corp., said Monday that it has emerged from bankruptcy protection after a year. The St. Louis company said it reduced costs and slashed its debt load by more than $5 billion in the past year. (AP Photo/Richard Drew)