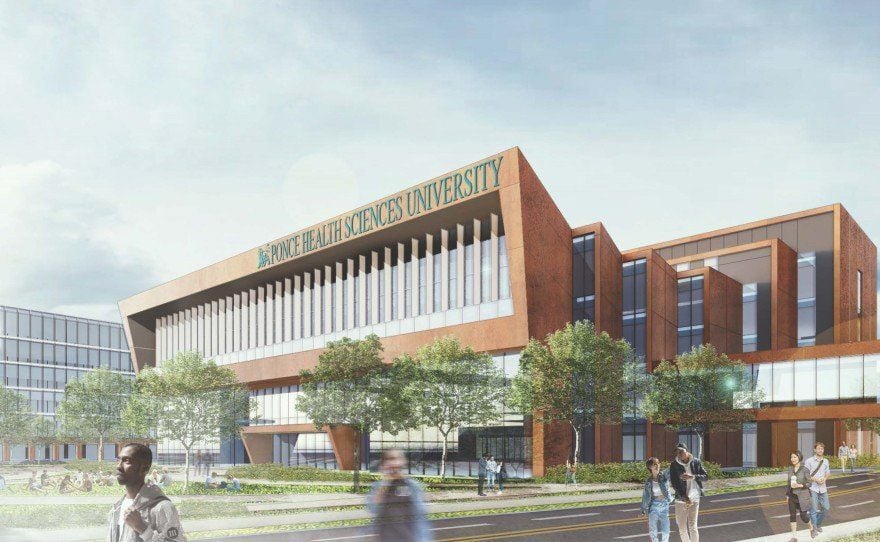 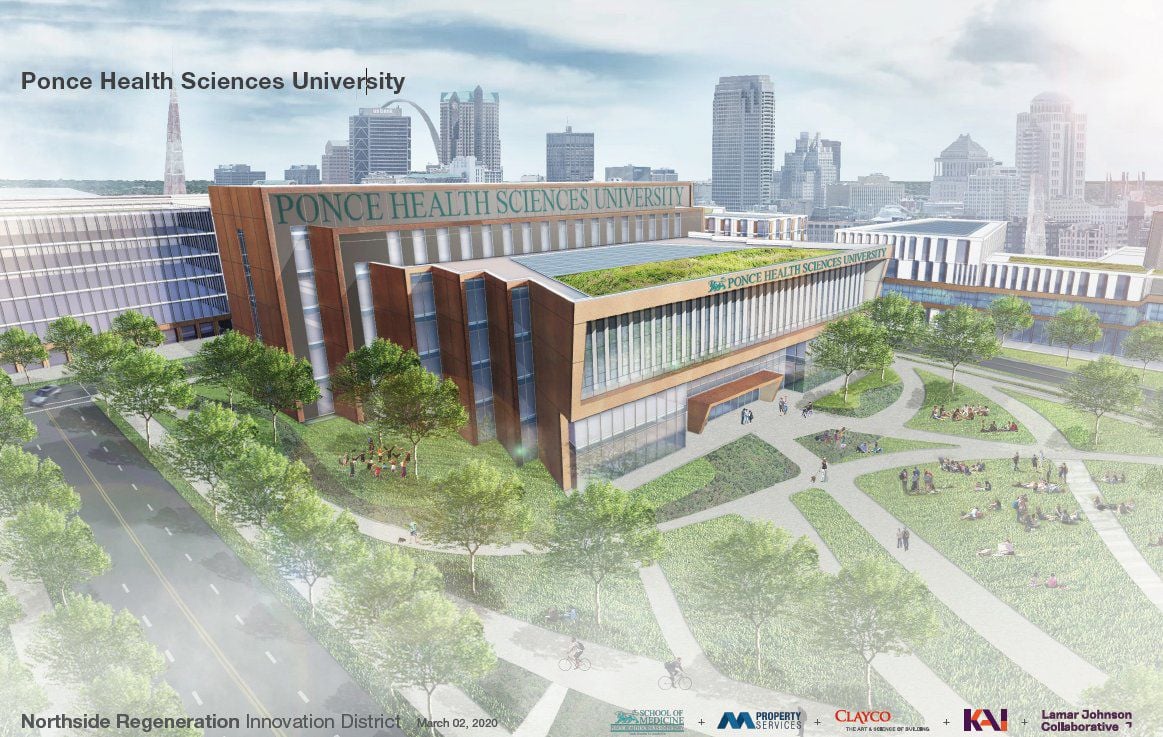 A rendering of the proposed Ponce Health Sciences University campus, in the footprint of the 'NorthSide Regeneration Innovation District.'

ST. LOUIS — Ponce Health Sciences University says its medical students will be able to complete their clinical training with Mercy as the university expands its doctor of medicine program in St. Louis.

The university, a private, for-profit institution that has a campus in Puerto Rico, plans to add a doctor of medicine program to its St. Louis campus with an initial 30 students enrolling in August 2022. Those students are projected to start their clinical training at Mercy Hospital St. Louis by 2024, said Dr. David Lenihan, president of Ponce Health Sciences University.

He made the announcement at an event Tuesday at the Globe building in downtown St. Louis, where the university operates while it waits for its north St. Louis campus to be built. The university has about 40 students enrolled in its master’s in medical sciences and a doctorate in clinical psychology programs.

The university is planning an $80 million north St. Louis branch, part of the NorthSide Regeneration footprint led by developer Paul McKee. Construction, led by Clayco, is slated to start in early 2023 and wrap up by late 2024 or 2025, Lenihan said. He said the university has about 35 faculty members now but projects it will eventually employ 300 faculty.

Ponce aims to train physicians to work in underserved communities. Lenihan said building in north St. Louis was intentional. He hopes that will help the medical community build trust with African Americans and other minorities.

“The lack of physicians is not happening in Clayton or Ladue. It’s happening on the northside and in rural Missouri,” Lenihan said.

The first phase of the NorthSide Regeneration project includes a three-bed hospital that’s under construction. A GreenLeaf grocery and Zoom gas station, both on North Tucker Boulevard, have already opened.

Applications submitted to the city show the developer is planning some of the largest private investments yet in the NorthSide Regeneration footprint.

The school's construction is to be funded by the university and by the investment group that owns it.

The medical facility had a deadline of this week to prove it had financing.

A rendering of the proposed Ponce Health Sciences University campus, in the footprint of the 'NorthSide Regeneration Innovation District.'