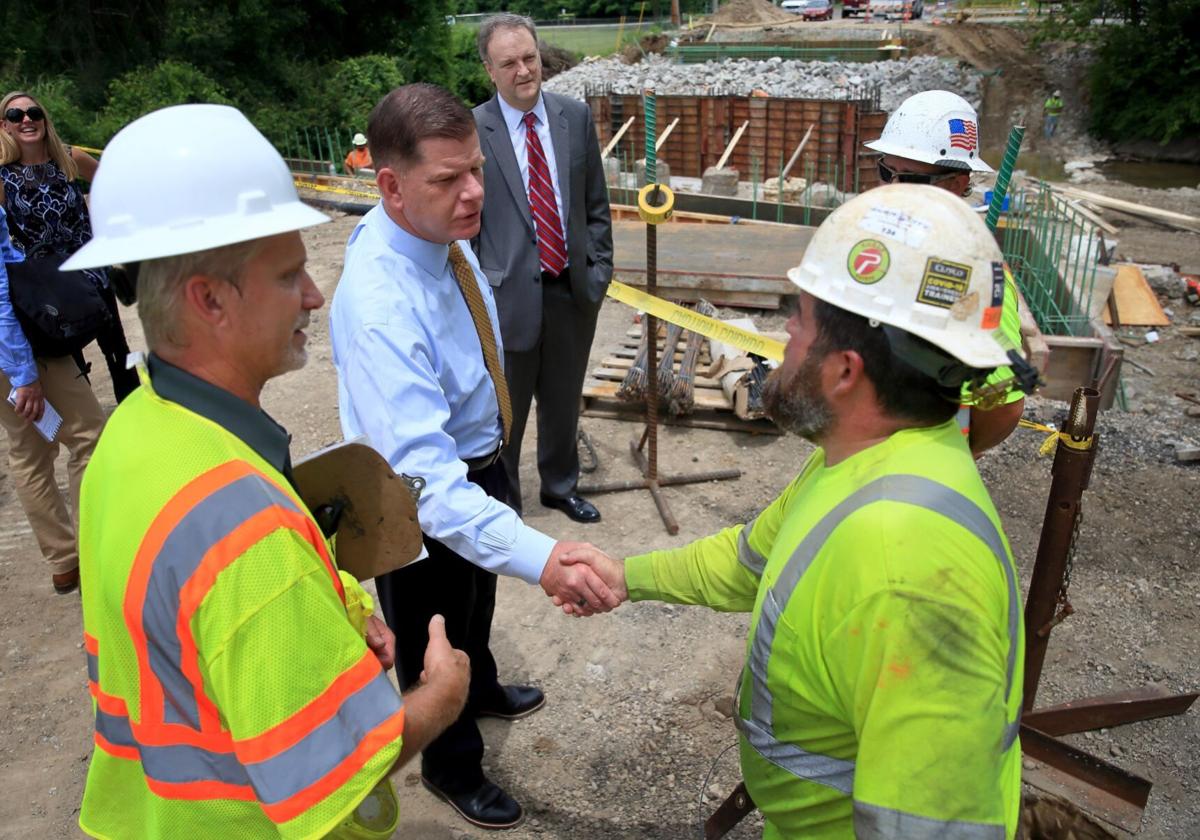 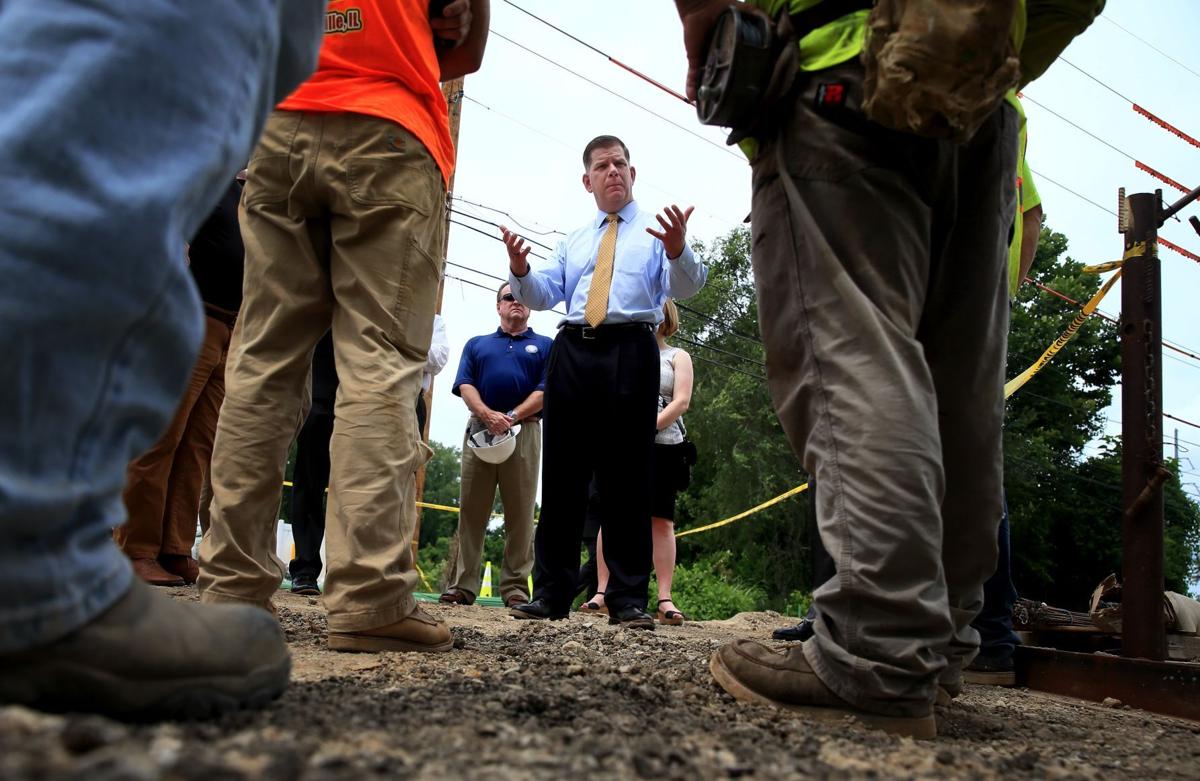 As President Biden’s labor secretary, he’s playing a key role in the administration’s plans to overhaul the nation’s infrastructure and make American work more humane and hospitable to women and people of color.

He came to St. Louis Thursday to talk about all those things. The trip included visits to construction and job training sites and discussions on women in the workplace and the home care economy.

Along the way, he took time for an interview, which has been edited and condensed for clarity.

Question • What’s the No. 1 labor issue in the country right now?

Answer • The pandemic. We’re still in a state where cases are rising. We’re trying to get the economy back up and running, but if you see these numbers start to go back up, it brings fear back into the employment area. As the numbers were going down and more people were vaccinated, we saw more people going back to work, more offices opening up, buildings opening up.

Q • Fair enough. You’re talking about a lot today, including women workers, who made up a majority of those leaving the workforce during the pandemic. What’s keeping them out, and what are you doing to help them get back?

A • Child care. The administration invested $39 billion in the American Rescue Plan to go to child care in this country, and we’re seeing that money come down into cities and towns across America now. Last month, we saw more participation from women than we’ve had in quite some time.

Increased child tax credits go into effect today, so that’s going to be good for low-income families, too.

We’ve still got a ways to go, though. You’ve still got problems with women being caregivers to their adult parents. With the pandemic, a lot of people took their loved ones out of facilities because they’re concerned about the pandemic.

Q • How are you addressing that?

A • That’s the reason for the “Build Back Better” plan, which Senate Democrats put out Wednesday. There are investments in that for the “care economy.”

Q • You’re also talking about that at a roundtable today. Why is that so important right now, beyond helping women rejoin the workforce?

A • It’ll be the largest investment in that area in the history of our country, probably. Child care facilities in particular took a huge hit this year during the pandemic because they had no revenue, so just keeping those opportunities available for employment and for educating kids is important.

And then there’s the fact that good, quality child care facilities and universal pre-kindergarten allow young people to get a good start in life.

Q • Shifting gears: Many Republican governors, including Missouri’s, opted out of federal unemployment benefits overseen by your department last month, saying they were incentivizing people to avoid work. What do you make of that?

A • The only thing that hurts is the people on unemployment that need the extra $300.

I don’t think you’re going to see the unemployment all of sudden disappear because you eliminated that.

Q • What is keeping people from getting back into the workforce then?

A • No. 1 is fear of the pandemic. The variants are a real issue. People are sitting at home going, “Listen, I’m concerned because I’m taking care of my elderly parent and my own health isn’t that good” — and people don’t want to die.

Q • What does the $1.2 trillion “bipartisan infrastructure framework” the president struck with senators mean for a place like St. Louis?

A • Roads, bridges, broadband and clean drinking water — legacy projects that the city and state don’t have the money for. It’s going to allow major investment all across this country and better connectivity for people.

Q • Of course, the administration is also going beyond that with the “Build Back Better” plan and investments in “human” infrastructure, and that’s run into opposition from some Republicans. What do you make of that?

Q • Another thing that’s been talked about in this administration is growing union jobs. What are you doing to make that happen? As you know, union membership has been declining for decades.

A • It has. And when you look at union membership declining and you look at the decline of the middle class, they run parallel.

The president filed the PRO (Protecting the Right to Organize) Act, which helps with organizing. And as we pass this infrastructure bill, the president would like to see a lot of the resulting jobs be good union jobs, because they come with benefits and retirements, and that generates money that goes back into local economies.

Q • The PRO Act would make it much easier for workers to form a union. But it can’t pass the Senate without Republican votes. Is that doable?

A • It’s hard to say right now. But I’ll be honest with you, I’ve talked to Republicans and a lot of them aren’t anti-union. They’re just concerned about the environment that we’re living in today, which is so polarized on the party system. So we’ll see as we go on.

Q • Last thing: The last big infrastructure push on this scale built the highways, and that created a lot of jobs. But it also divided communities and tended to have a lot of white union workers building over Black neighborhoods. How do you make sure it’s different this time?

A • First, the president has said we can’t have interstates cutting communities of color in half and poorer communities in half, and that mistake won’t be repeated.

We’re not just going to pass the bill and have enough workers. We have to do job training, and even the unions training programs are going to have to increase the number of members they have, and we need to really make sure we’re talking to them about changing the demographic look of the union, giving pathways for women and people of color getting into the trades.

Downtown has struggled to attract companies over the past few decades. Square is the most high-profile company to move downtown in recent years.

The Food Hall at City Foundry STL will feature an initial 11 ‘kitchens,’ or food concepts, and be open for breakfast, lunch and dinner.

Construction is expected to begin in the fall on the project, part of a $100 million plan to transform Augusta wine country into a national destination.