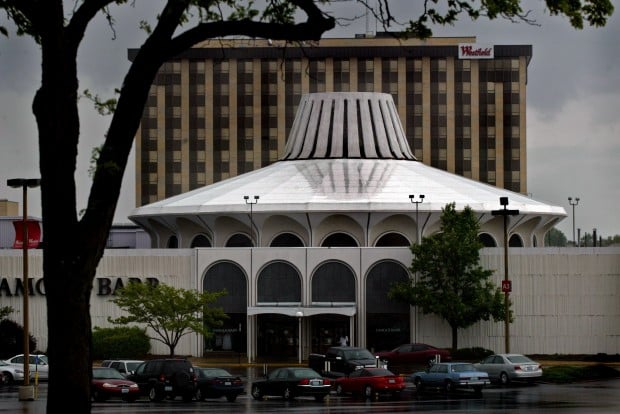 The Famous-Barr store at Northwest Plaza in a May 11, 2006, file photo. Photo by Kevin Manning, Post-Dispatch 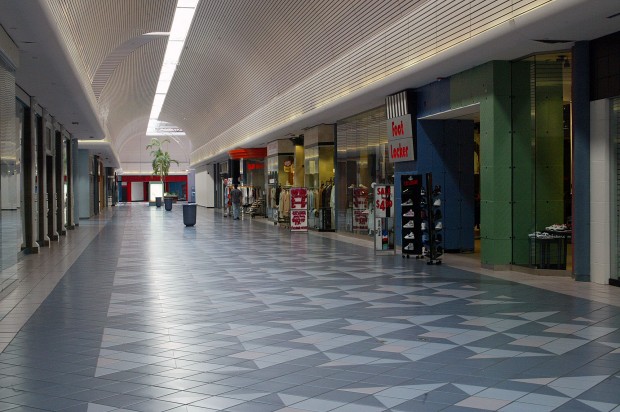 One customer walks down a hall with mostly empty stores in Northwest Plaza on Aug. 14, 2009. Photo by Brittanie Williams, BWilliams@post-dispatch.com

ST. ANN • The $106-million redevelopment of Northwest Plaza will move ahead quickly now that the developer has closed on the property, says Bob Glarner, a principal of Raven Development.

NWP LLC, an entity formed by Raven to acquire the shopping center, bought the near vacant property, which was in foreclosure, for about $5 million from St. Ann Shopping Center LLC, owned by Wells Fargo Bank. Wells Fargo ended up the owner after foreclosing on property.

The company has secured approval from a County TIF Commission and St. Ann aldermen for $33 million in tax increment financing assistance. Northwest Plaza, built by the Zorensky family, was once the largest shopping mall in the world but languished in recent years after ownership changed hands several times.

The redevelopment project involves tearing down much of the shopping center, renovating the 12-story office tower and building big box stores, offices, restaurants and potentially a technical college. The J.C. Penney building would be completely renovated as would the Macy's and Burlington Coat Factory stores, Glarner said.

Menard, an Eau Claire-Wisconsin based home improvement store chain, is under contract to buy about 18 of the 122 acres.

Raven had a letter of intent from one national retailer in addition to its contract with Menard, and it is currently in discussion with the second anchor, he said. Both were unidentified at the tenants' requests, he said.

Glarner said the company was in the process of engaging architects and engineers. NAI Desco will be the broker on the retail portion of the property and Raven is interviewing brokerage offices to lease the office tower, the developer said.

Environmental remediation will begin in 30 days, with demolition following. Given all the work needed to clean up and demolish the shopping mall, the first store probably would open the fall of 2013 or spring of 2014, he said.

St. Ann city officials were thrilled about the closing.

"The property has been since 2010 under foreclosure and the people who have been running it since 2010 couldn't, wouldn't and didn't do very much" because of foreclosure, said City Administrator Matt Conley. "This is a big step forward."

This will allow Raven to make "decisions on tenants and general redevelopment of the property from site layout to entering into leases."

‘I just want to get home’: Lambert flights among hundreds of Southwest Airlines cancellations

‘It’s a mess,’ said Elen Cantos, a Florida resident trying to get home from a vacation in Southern California.

A sale price and other terms of the deal between the St. Louis-based Grossman Iron and Steel Company and its new owner, Nucor, were not disclosed.

The former Anheuser-Busch employee claimed a chiropractor had a reputation for aiding in disability fraud.

The garage is part of St. Louis City SC's bigger plans to reinvigorate the downtown west neighborhood by creating a 365-day environment.

Scott Smith, president of Spire STL Pipeline, said in a statement that the company was disappointed in the decision, but can still appeal.

Boeing, one of the St. Louis area’s biggest employers, mandates COVID-19 vaccination for all U.S. workers

They have to show proof of COVID-19 vaccination or have an approved medical or religious exemption by Dec. 8.

The Famous-Barr store at Northwest Plaza in a May 11, 2006, file photo. Photo by Kevin Manning, Post-Dispatch

One customer walks down a hall with mostly empty stores in Northwest Plaza on Aug. 14, 2009. Photo by Brittanie Williams, BWilliams@post-dispatch.com