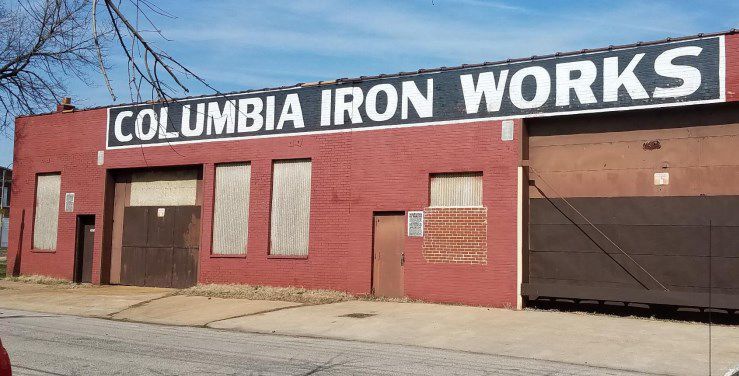 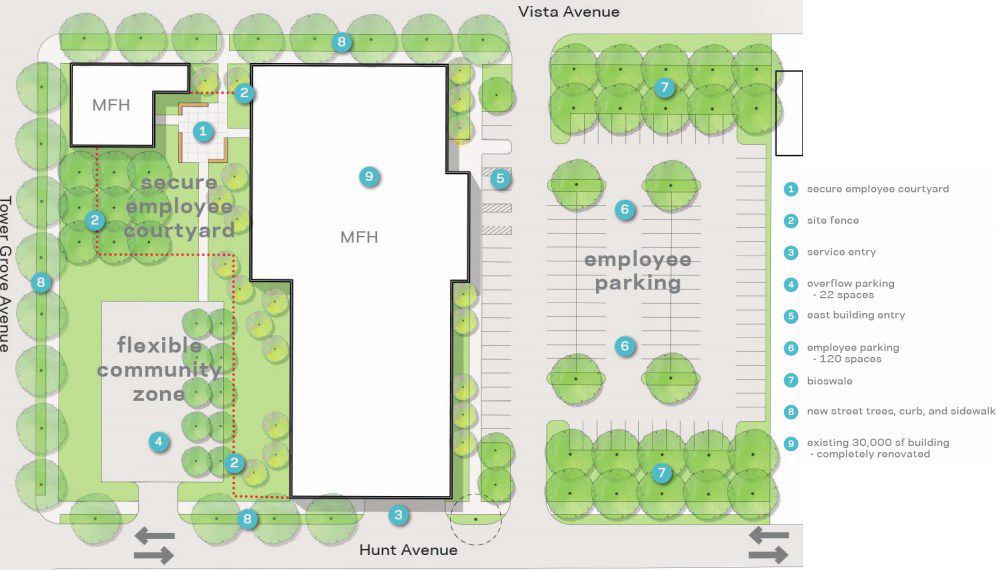 The Missouri Foundation for Health plans to move its offices from downtown to the vacant Columbia Iron Works building in Forest Park Southeast.

The health policy foundation wants to rehab the old warehouse and industrial building on Vista Avenue to make way for its staff, according to plans submitted to Park Central Development, which vets projects in the neighborhood.

In addition to the 30,000 square feet at the Columbia Iron Works site, the 7,600-square-foot building just to the west at Tower Grove and Vista avenues would be converted into additional space for the Missouri Foundation for Health.

Another building just to the south at 1408 Tower Grove Avenue would be demolished, as would four structures on Hunt Avenue to make way for a 150-space surface parking lot.

HOK is designing the $12.5 million project, which included $1.9 million for acquisition costs. The company hopes to start construction by the fall and be ready for the Missouri Foundation for Health to move in by September 2018.

The Columbia Iron Works building, the first portion of which was constructed about 1920, sits on nearly an acre of land and is the latest project planned within the transforming neighborhood surrounding the Grove commercial district.

Last week, developers announced plans for a new market rate housing development, the View at Newstead, with 50 houses and two 20-unit apartment buildings in the southwest portion of the neighborhood. Rise Community Development is building 50 affordable homes in the same area in a project called Adam’s Grove.

Meanwhile, construction is underway on a 271-unit apartment project at the northwest corner of Chouteau and Vandeventer avenues called Chouteau’s Grove. And across the street from that, a seven-story building with stores and 30 apartments is planned for what is now a city-owned parking lot.

The development committee of neighborhood group Park Central Development plans to review the proposal at a meeting Tuesday. The staff has recommended approval.

The health policy nonprofit plans to move its offices to Forest Park Southeast and add room for partner nonprofits.

Grove keeps booming with $80 million plus in residential projects planned

Green Street is plans to add nearly 500 apartments and townhomes to the south of Manchester Avenue.