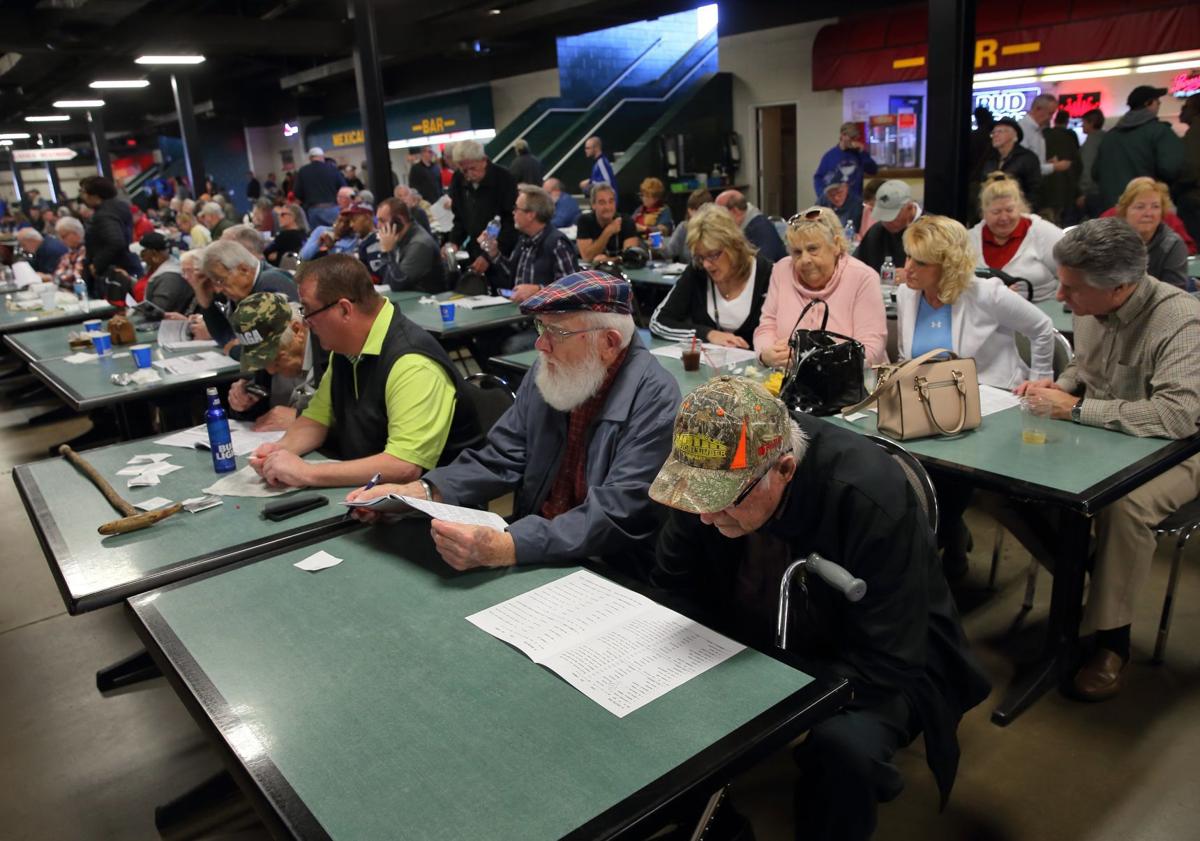 Horse racing fans look over their programs as they try to decide which horses to bet on at Fairmount Park Racetrack during the season opening horse races in Collinsville on Tuesday, March 3, 2020. Photo by David Carson, dcarson@post-dispatch.com 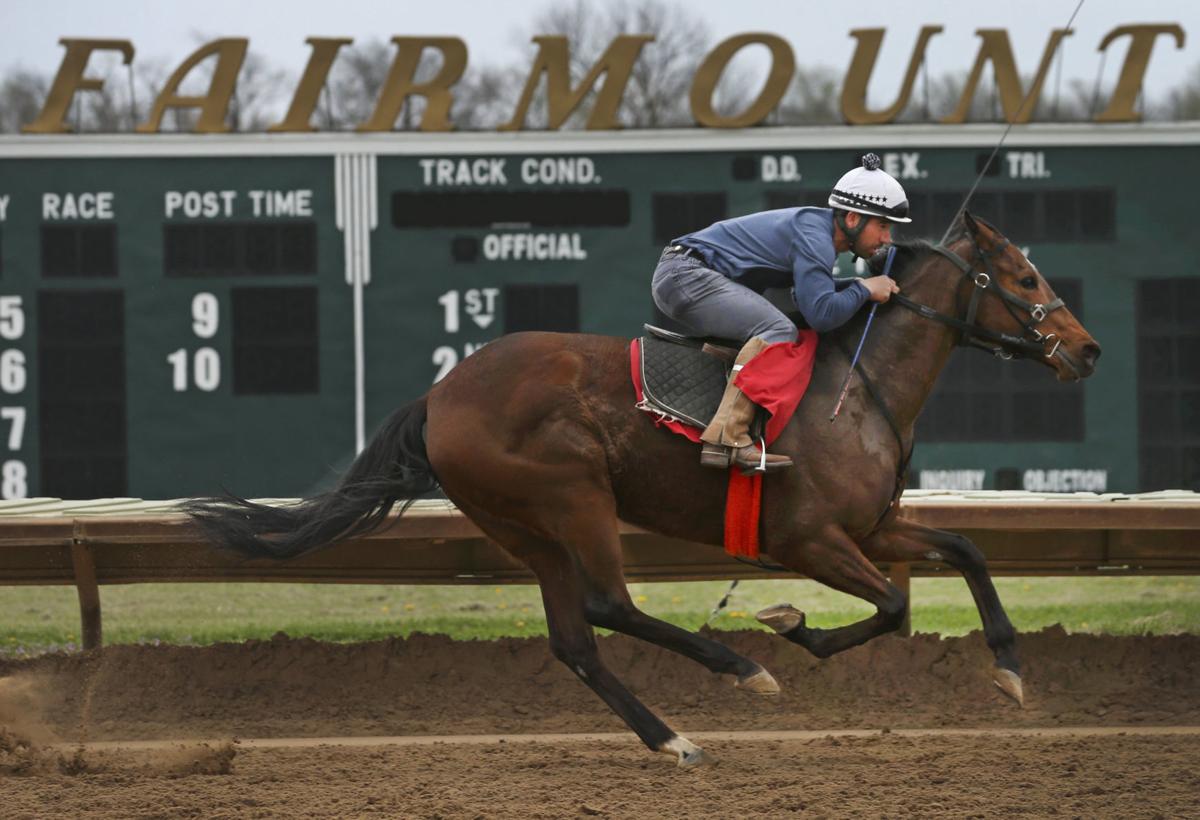 COLLINSVILLE — Fairmount Park, the 95-year-old horse racing track that has been waiting years for new revenue from casino gambling and sports wagering, is embarking on a new partnership that promises to expand sports betting, reinvest in the property — and change its name.

“This is the first time we’ve put our brand on the overall track,” Matt King, CEO of FanDuel Group, said in an interview.

FanDuel, which operates wagering and casino gambling platforms including popular horse track wagering and television service TVG, has partnerships with other tracks and has worked with Fairmount for over a decade to offer track betting. But the company’s expanded partnership will add a retail sportsbook — for football, baseball and other non-track sports. Fairmount and FanDuel officials also said they plan a multimillion-dollar investment in the property, but declined to disclose an exact figure.

“We’re investing broadly to revitalize the track itself,” King said.

Collinsville officials have said the track’s physical condition has degraded in recent years. Former Ralston Purina CEO and current Post Holdings Chairman Bill Stiritz’s company, William Stiritz and Associates, has owned the track since 2000. And the owners have long been hoping that an expansion of Illinois laws allowing slot machines and wagering on non-track sports would boost purses for horse owners and generate more revenue for maintenance.

Gambling has let other U.S. tracks increase purse sizes, attracting better horses and races. Median winnings at Fairmount, meanwhile, have fallen to the bottom of the country’s thoroughbred racetracks.

FanDuel said it will work with William Stiritz and Associates to “revitalize” the track with significant upgrades. The company declined to release details on any ownership stake or other details of the partnership.

As part of the agreement, FanDuel said it also plans to bring back the St. Louis Derby next season, funding a $250,000 purse for the horse race that hasn’t been run at Fairmount since 2006.

Fairmount’s request to add slot machines and other casino games is awaiting approval from the Illinois Gaming Board. That could be more than a year away, said Melissa Helton, who took over as general manager of Fairmount Park this spring.

In the meantime, the new FanDuel sportsbook will help pull in some new business, and FanDuel says it plans to boost advertising for the track in the St. Louis market. Fairmount is awaiting final regulatory approvals on the sportsbook, though Helton said those should come soon and allow a quick build-out of the sports wagering area.

“My best guess right now is we would be open in late January or early February in order to capture everything we need from the Super Bowl,” she said.

Argosy Casino Alton opened its sportsbook in March, though the coronavirus pandemic quickly shut it down and curtailed most professional sports.

In July, the Casino Queen announced a similar partnership with an online sports wagering platform, DraftKings, to build out and operate a sportsbook. The casino, in East St. Louis, is also renaming itself under the partnership, becoming DraftKings at Casino Queen.

FanDuel has partnered with other racetracks around the country as well as casinos. Though its platform is focused on online gambling, King said having a physical space where sports fans gather is a “magic” you can’t completely replicate online.

“What we’ve found is it’s a great way to connect with your users and customers,” he said.

For Fairmount Park’s backstretch workers, it’s been a bumpy ride

Coronavirus knocks racetrack off course, but hope hangs around the bend.

Atmosphere will be more subdued than usual for a betting venue because of virus-related restrictions.

The offering of DraftKings sports wagering app could give the Casino Queen a leg up on competitors.

The Illinois Gaming Board said Thursday that casinos and video gaming terminals can resume next week.

Horse racing fans look over their programs as they try to decide which horses to bet on at Fairmount Park Racetrack during the season opening horse races in Collinsville on Tuesday, March 3, 2020. Photo by David Carson, dcarson@post-dispatch.com