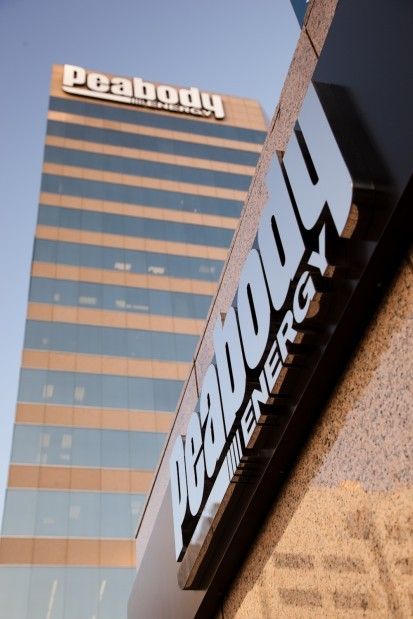 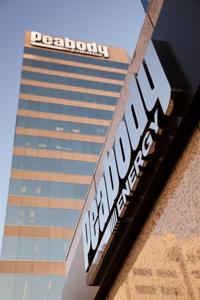 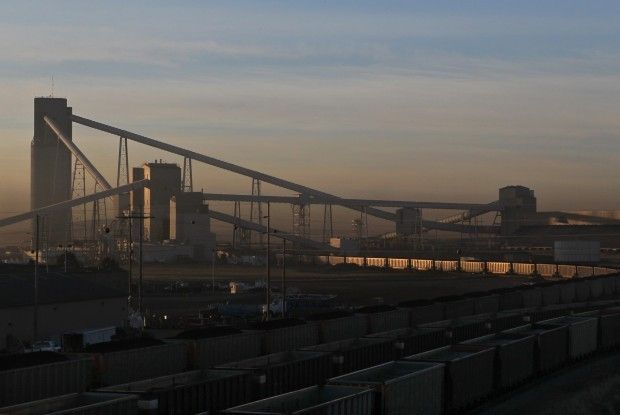 File photo: In this 2010 photo, trains are loaded with coal at Arch Coal's Black Thunder mine near Wright, Wyoming.  J.B. Forbes jforbes@post-dispatch.com

NEW YORK • Shares of coal companies fell Monday on concerns that a slowdown in China's growth could soften global demand for certain kinds of coal.

Citi analyst Brian Yu cut his 2014 forecasts for hard coking coal used in steel production by 11 percent to $190 per ton. He added that the material's six-month outlook also looks slightly worse with third-quarter 2013 contracts pegged at $165 per ton, which is better than current spot prices, but below second-quarter levels.

He cut his profit predictions for several coal producers, citing the less favorable forecast. He also cut his ratings for Alpha Natural Resources Inc. and Arch Coal Inc. to "Neutral" from "Buy," saying that their shares just aren't as valuable under the new outlook.

Yu noted that a recovery in thermal coal is "well underway," with natural gas prices now up from record lows that had previously led power producers to favor it over thermal coal. But he cautioned that many utilities still have vast stockpiles of coal, which could delay increases in demand until summer.

Meanwhile the Chinese government said Monday that growth in the world's second-largest economy slowed to 7.7 percent in the first quarter from 7.9 percent in the final quarter of last year. Growth was expected to accelerate slightly after several quarters of decline.

The news raised concerns that China, the world's biggest producer and consumer of coal, will need less of it for power generation and construction.

On what emerged as the day of overall market decline, major coal producers all saw shares fall on Monday:

Coal producers were hurt as electric utilities switched away from coal to cleaner natural gas in large numbers last year.

File photo: In this 2010 photo, trains are loaded with coal at Arch Coal's Black Thunder mine near Wright, Wyoming.  J.B. Forbes jforbes@post-dispatch.com