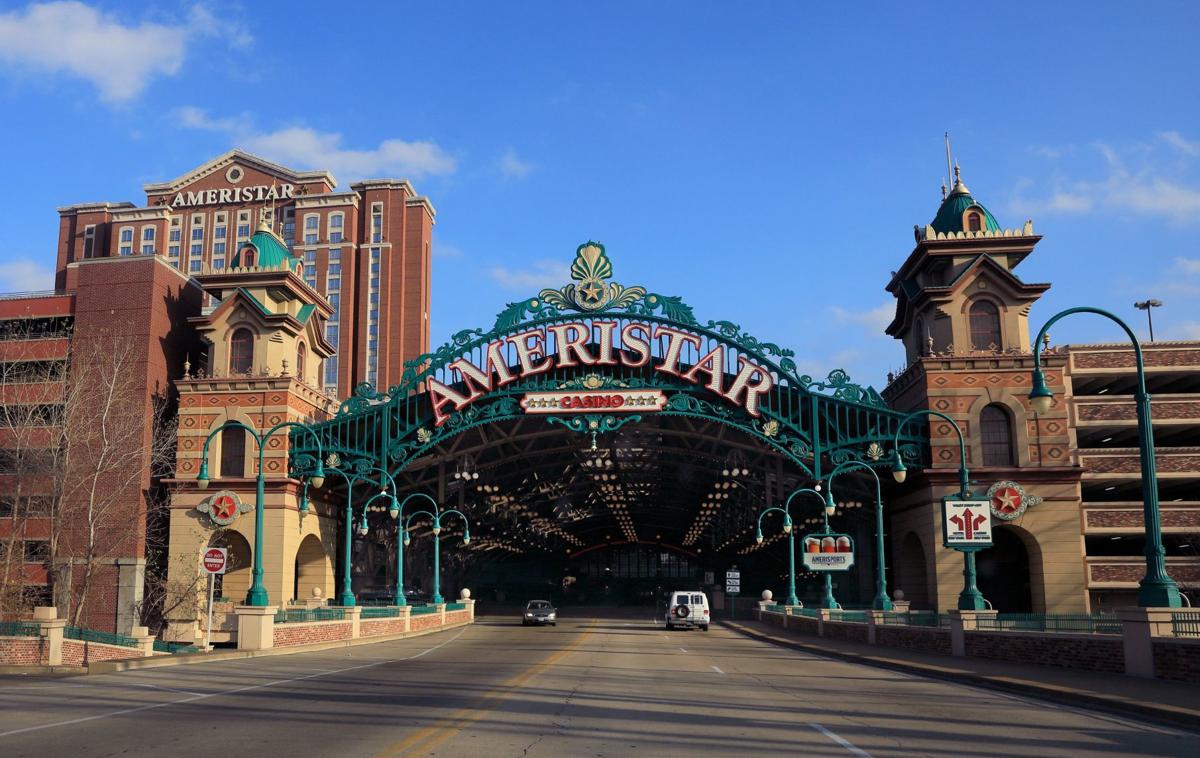 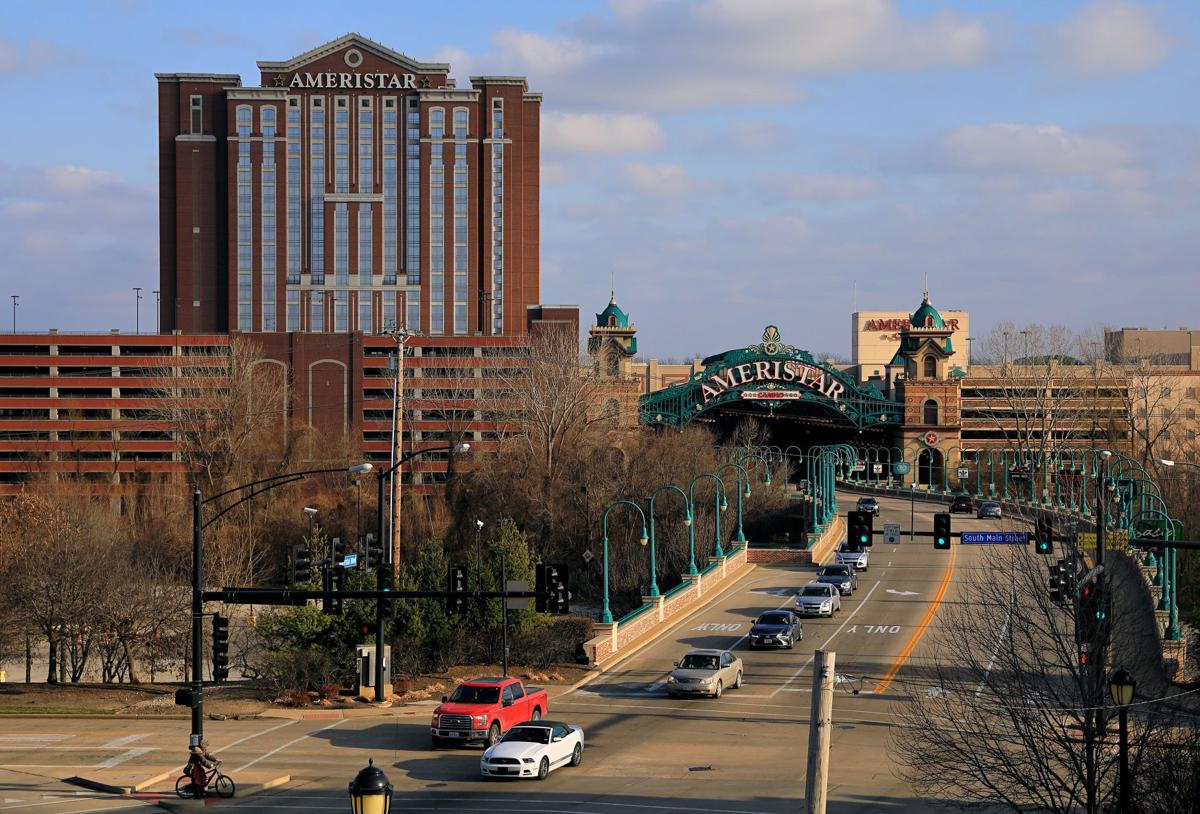 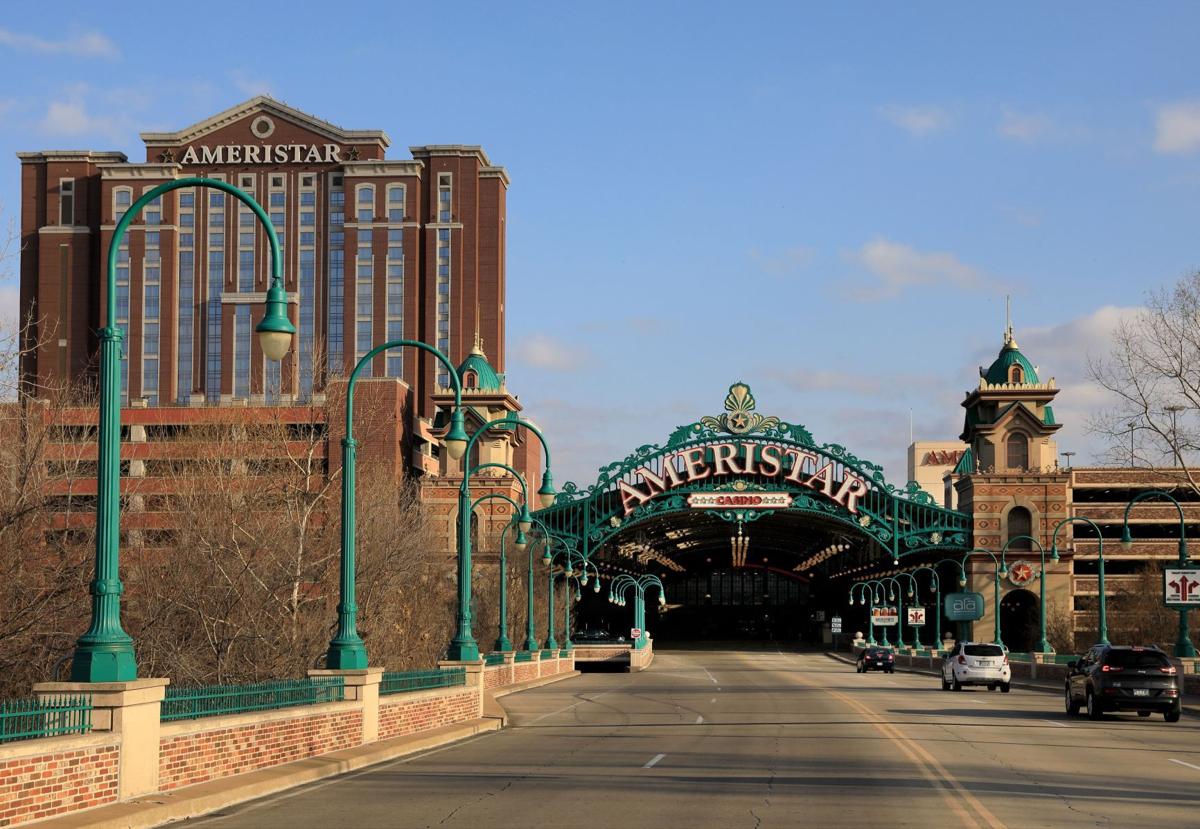 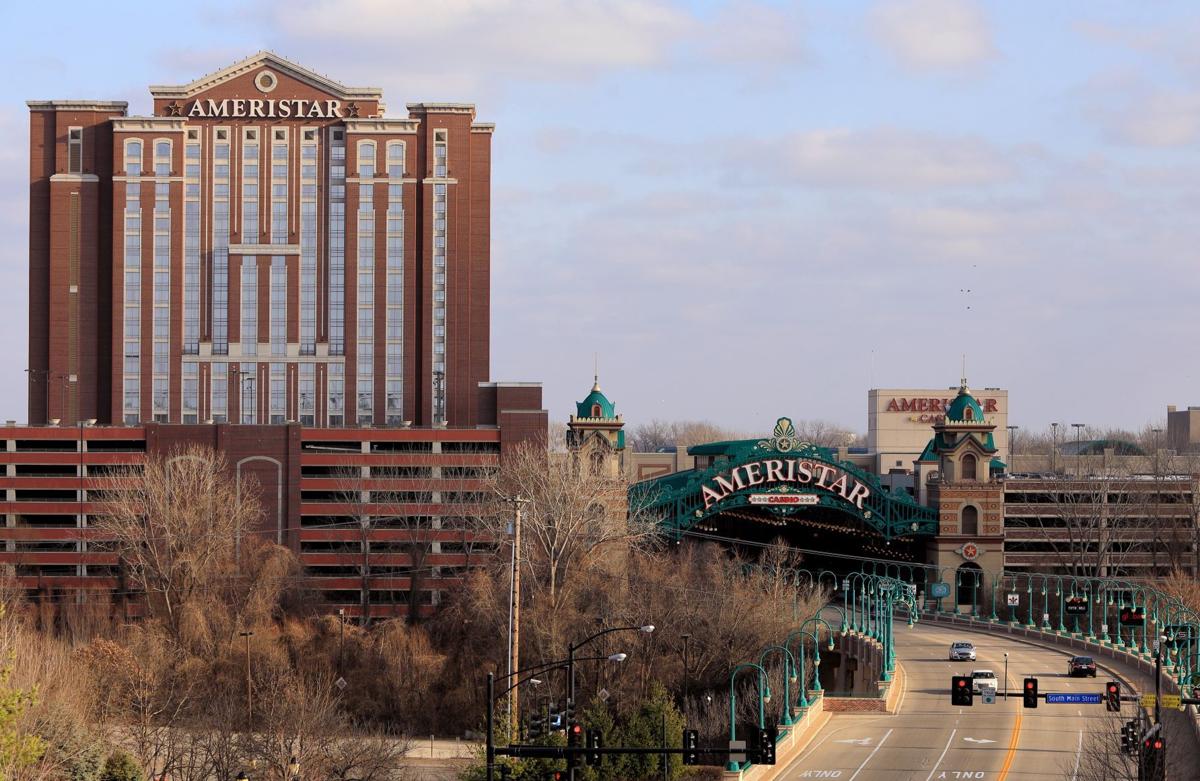 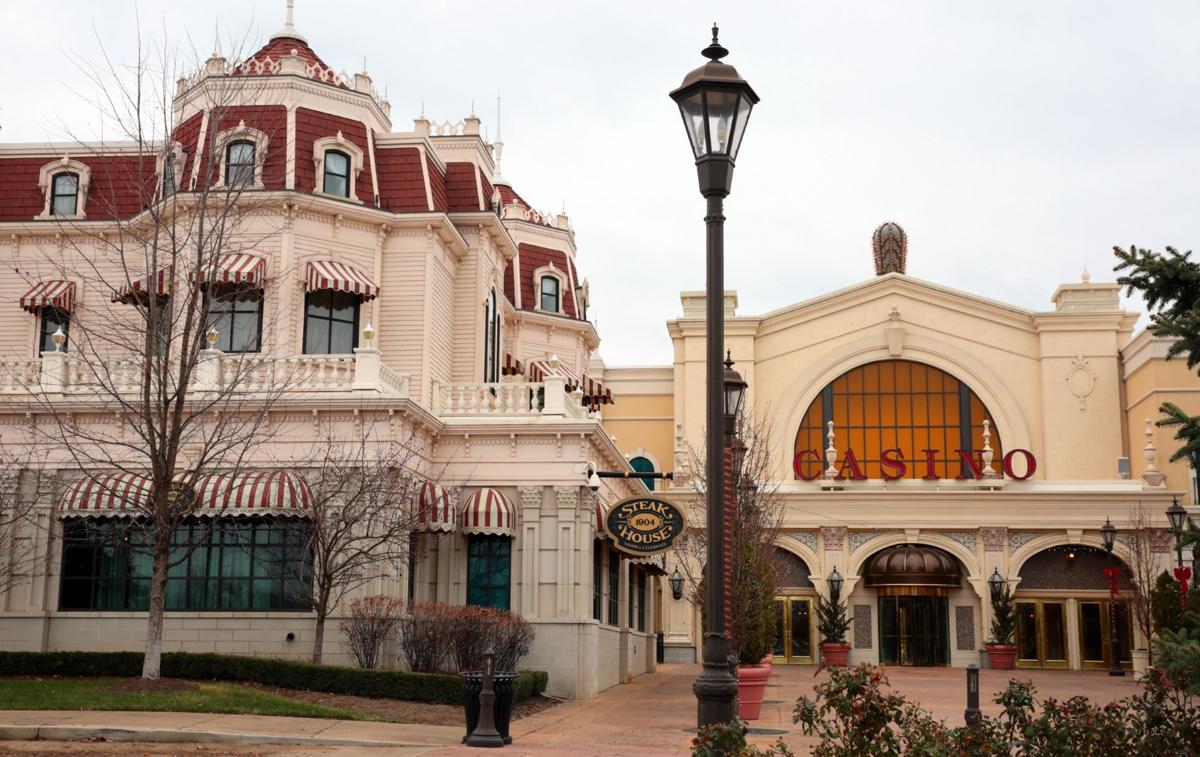 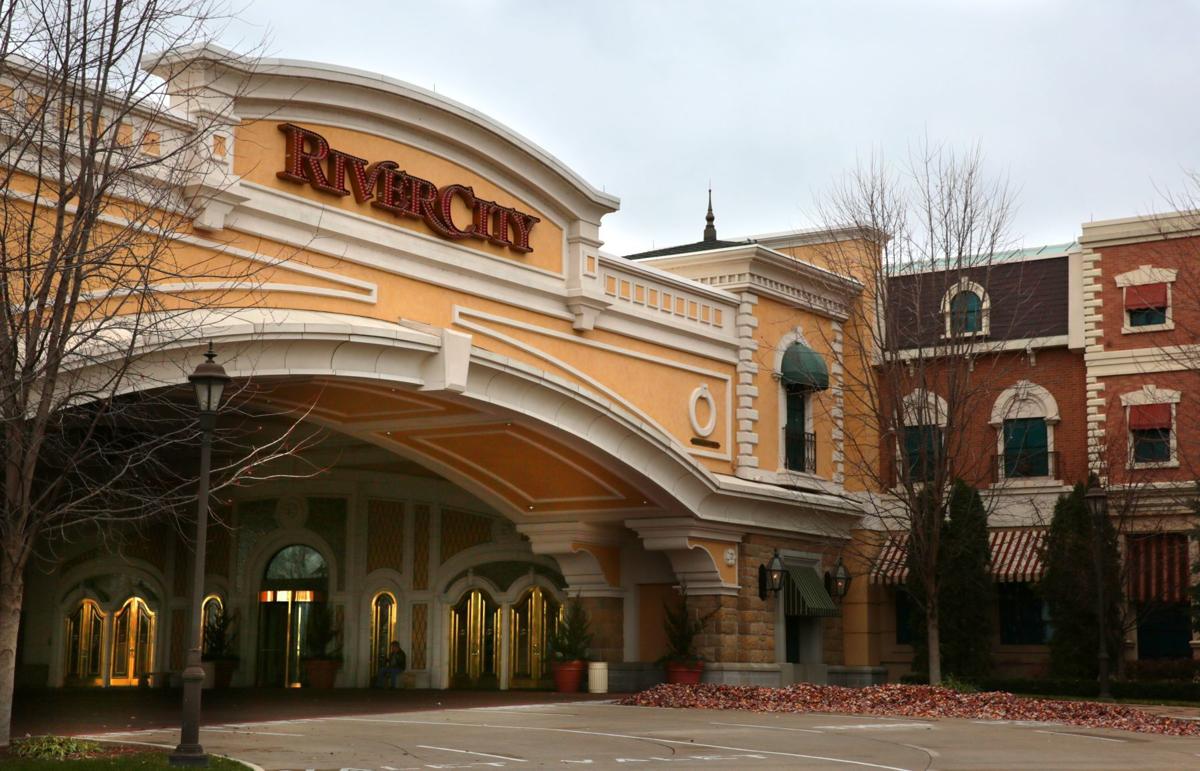 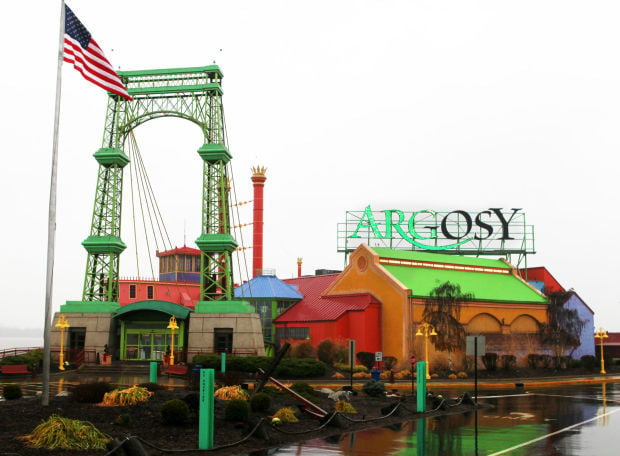 But the deal also calls for the top grossing casino here, Ameristar in St. Charles, to be sold to a third company, Boyd Gaming Corp. That could head off any objections from antitrust regulators.

The upshot is that no company would control more than half of the metro area’s casino market, as is the case now.

Based on reports of year-to-date adjusted gross receipts through November, the beefed-up Penn National would become the St. Louis market leader, taking over from Pinnacle.

If regulators approve, the revised Penn National lineup here would include Hollywood in Maryland Heights, with 23.2 percent of the area market; River City in Lemay, with 22 percent, and Argosy Alton, with nearly 5 percent.

Ameristar, which would shift to Boyd, has about 26 percent of the market.

Penn National and Pinnacle said in a joint statement that their merged company could save $100 million a year by eliminating “corporate overhead redundancies” and improving “property level efficiencies.”

However, Eric Schippers, a Penn National spokesman, said the company doesn’t plan major layoffs at its casinos it will end up with, including the three here. He also said “we don’t anticipate large-scale changes” affecting customers.

The Penn National acquisition of Pinnacle, if approved by federal and state regulators, would be a cash and stock deal valued at about $2.8 billion.

The Ameristar St. Charles facility is among four casino properties around the country to be sold to Boyd by Pinnacle, for $575 million.

The others are the Ameristar casino in Kansas City, the Belterra casino in Florence, Ind., and the Belterra horse racing-video gaming park in Cincinnati.

Daniel Holmes, a gaming analyst, said the deal is part of a continuing trend of consolidation in the U.S. casino industry.

He said it makes sense because markets such as Missouri and specifically St. Louis have settled down after a burst of growth in the years after casino gambling was legalized in the 1990s.

“You’re not going to see declining revenues, and at the same time you won’t see rapid growth,” said Holmes, the national gaming practice leader for RubinBrown. “They have to find a way to operate more efficiently.”

He said the decision to sell off the Ameristar properties in advance of potential regulatory action was the first such move he’d seen in recent history in the industry.

He said it was a reaction to the Federal Trade Commission’s intervention in 2013 when Pinnacle announced a $2.8 billion deal to acquire then-rival Ameristar Casinos.

The FTC ordered Pinnacle to either sell the Lumière Place casino in downtown St. Louis or River City. Pinnacle chose to sell Lumière to Tropicana Entertainment, a firm controlled by billionaire Carl Icahn.

“They’ve been down this road before,” Holmes said of Pinnacle. “They wanted to make sure they covered their bases.”

After the deal, Penn National will operate a combined 41 properties across the United States. The transaction is anticipated to close in the second half of next year.

Pinnacle’s shareholders will receive $20 in cash and 0.42 shares of Penn National common stock for each Pinnacle share.

According to Reuters calculations, the $32.47 per share offer represents a premium of 36 percent to Pinnacle’s share close on Oct. 4, a day before the Wall Street Journal first reported on the merger talks.

Of the St. Louis area sites affected by the deal, Ameristar and Hollywood are the most direct competitors. They’re located about a mile apart on the west and east sides of the Missouri River near Interstate 70.

The shift in ownership would be the third for the St. Charles facility, which was started by Station Casinos in 1994. In 2000, it struck a deal to sell to Ameristar.

In addition to federal endorsement, the pending transfer of control of the Missouri casinos in the deal needs approval from the Missouri Gaming Commission.

The six St. Louis area casinos had combined adjusted gross receipts of $938.4 million this year through November. Here's a look at how each casino has fared so far this year, and its share of the total receipts.

The deal to buy Tropicana Entertainment is valued at $1.85 billion.

Pinnacle and Penn National confirm they're in merger talks.