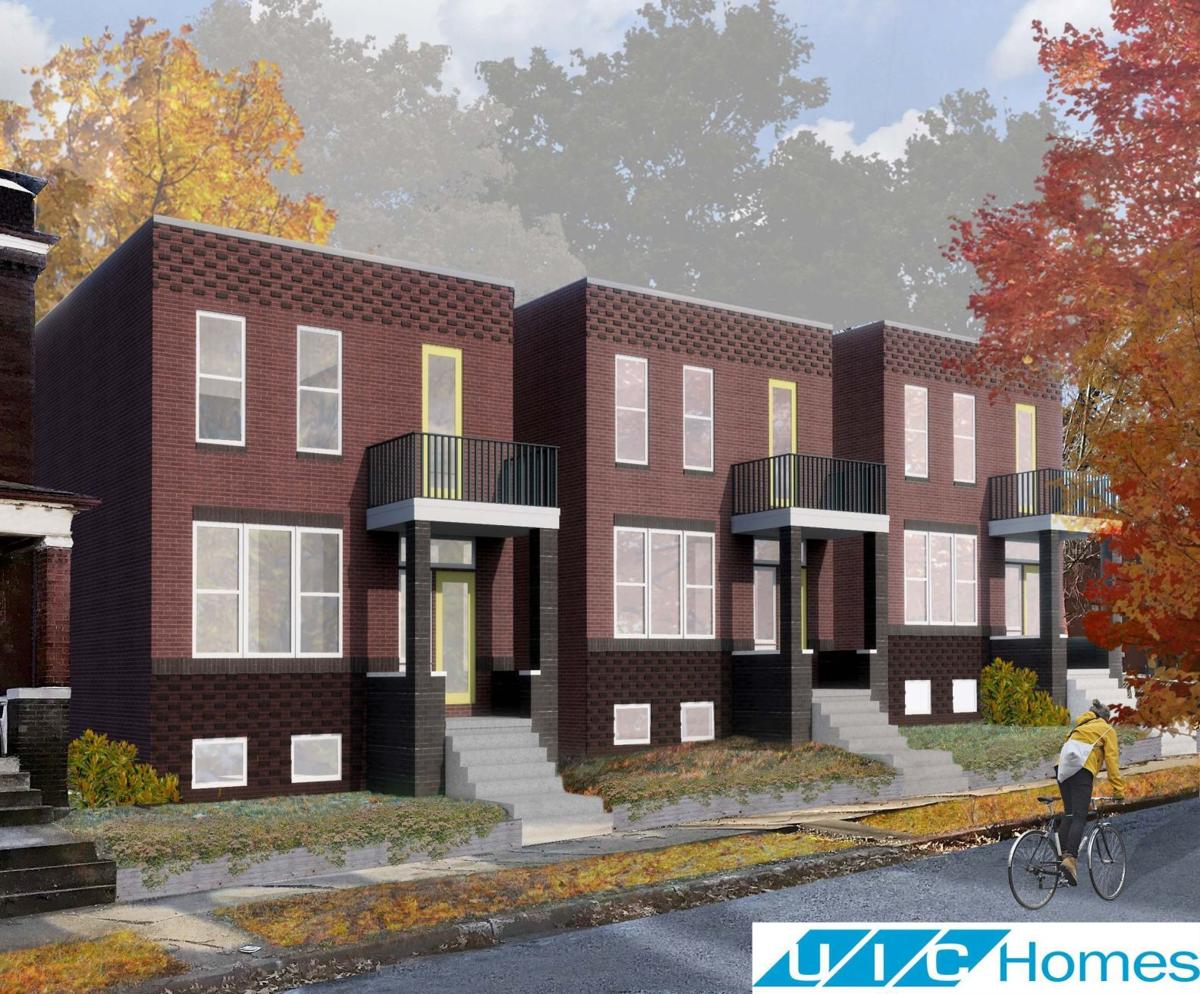 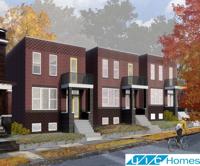 A rendering of the homes UIC plans to build on several lots owned by St. Louis University in the Gate District neighborhood (rendering from UIC). 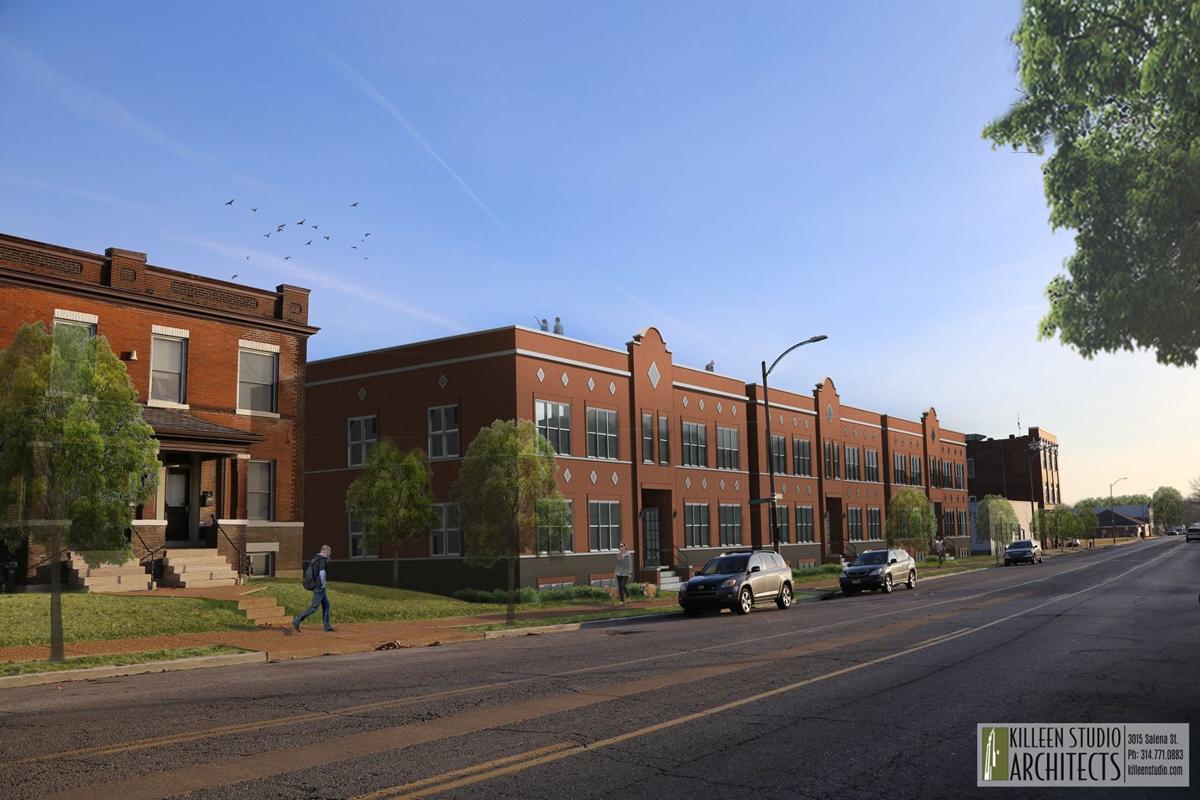 A 12-unit condo building planned for the Gate District on vacant land the university has owned there for years (rendering by Killeen Studio Architects). 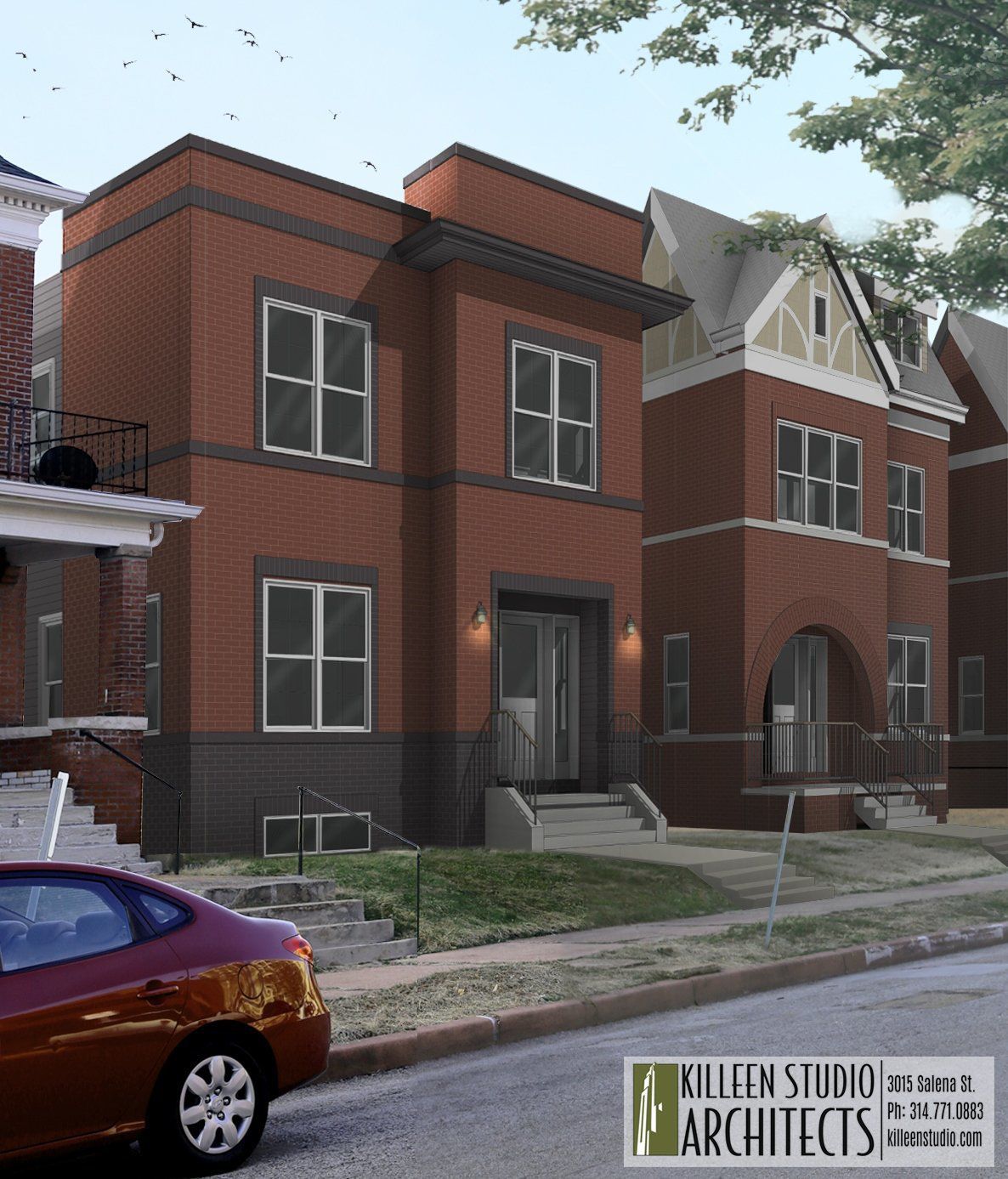 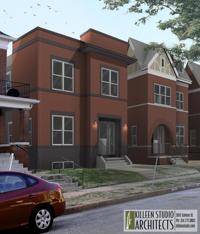 The plans came in response to an August request for proposals issued by the SLU-affiliated St. Louis Midtown Redevelopment Corp. and the Gate District West Neighborhood Association. SLU has owned the vacant lots in the neighborhood for years.

“The partnership with these residents to create something that honors this community is a blessing,” SLU President Fred P. Pestello said in a statement. “I want to thank our St. Louis community neighbors for sharing our vision for and commitment to growing stronger together.”

Construction could start this spring. The houses will be two stories with three to four bedrooms and priced in the $300,000 range. The two-bedroom, two-bathroom condos will be priced in the $200,000 range. Homes in the neighborhood had an average sales price of $205,000 last year, according to city data, up from $180,000 in 2014.

The university said the development committee of the Gate District West Neighborhood Association, which was reinstated a year ago following several years of inactivity, led the review and selection process.

Separately, Habitat for Humanity St. Louis acquired five other parcels in the neighborhood from the university and plans to build affordable homes on them, according to SLU.

The plans join a building boom in the Midtown area surrounding SLU’s campus:

SSM Health is in the midst of building a $550 million hospital slated to open later this year. Michael Hamburg’s Pier Property Group has plans to develop some 150 apartments in the industrial area north of the Gate District. Its 33-unit Steelcote Lofts project is accepting lease applications.

The Lawrence Group’s City Foundry, complete with food hall, movie theater and office space, is set to open in the spring. Top Golf is even said to be looking at a potential new location on a large swath of property SLU owns at the northwest corner of Compton and Chouteau avenues.

Several of the projects are getting property tax abatement. SLU and its hospital partner, SSM Health, control the redevelopment corporation that can offer abatement to developers.

Also moving ahead is Cullinan Properties’ Iron Hill development at the northwest corner of Chouteau and Grand Boulevard. The first phase of the project is slated to start in the fall, which would include infrastructure and roadways as well as two mixed-use apartment buildings with around 400 total apartments, said Rob Lochner, Cullinan’s vice president of development. The initial phase would also include a parking garage with 1,000 to 1,500 spaces and two smaller commercial buildings.

Cullinan plans to present its project and request incentives from the St. Louis Tax Increment Financing Commission at the TIF Commission’s Feb. 12 meeting.

St. Louis University is selling the site to Cullinan Properties for a major retail, office and residential development.

Apartments, hotel and retail could be part of St. Louis University-backed development at Grand and Chouteau

The university bought up the land over decades and now wants to see the Gate District West neighborhood repopulated.

A rendering of the homes UIC plans to build on several lots owned by St. Louis University in the Gate District neighborhood (rendering from UIC).

A 12-unit condo building planned for the Gate District on vacant land the university has owned there for years (rendering by Killeen Studio Architects).