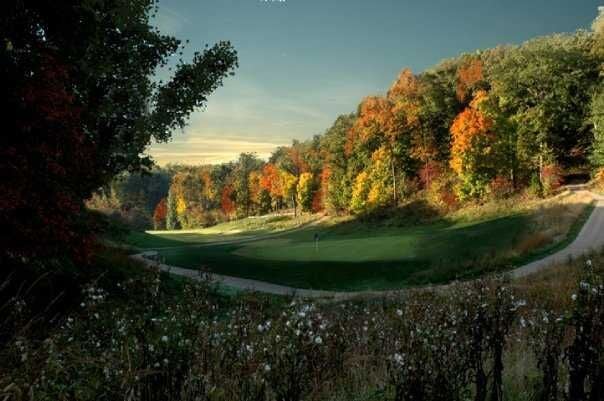 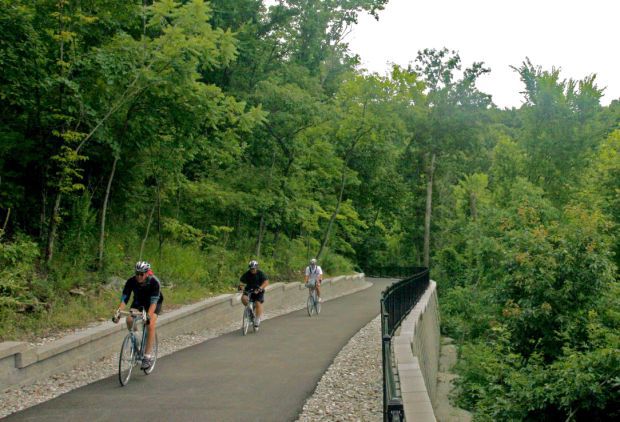 Slug: Trail0722 Caption: Bicyclists cruise the Missouri Research Park Connector which runs for three-quarters of a mile to the Katy Trail.

ST. CHARLES COUNTY   •  The developers behind a proposal to turn 400 acres of Missouri River Bluffs into a subdivision with a “resort feel” faced a skeptical zoning commission in St. Charles County on Wednesday night.

Commissioners questioned the street layout and size of the roads on the steep terrain that NT Home Builders, led by New Town St. Charles developer Greg Whittaker, wants to buy from the University of Missouri.

Residents of the nearby Weldon Spring Heights neighborhood showed up to oppose the plan for a 315-lot subdivision with room for up to 120 multi-family units, saying it would add more traffic on top of that generated by the busy Missouri Research Park next door.

And groups concerned about the impact to the Katy Trail, just under the bluffs, sent in experts to testify against the proposed subdivision.

In the end, after three hours of testimony, the commission decided to continue the proposal until its next meeting in January.

“I do think there’s additional information we need to bring back to this commission,” said Brad Goss, an attorney for NT Home Builders.

Whittaker’s plan, in the works for three years, had been to tackle the unique terrain of the Missouri River Bluffs right across the river from Chesterfield. The homebuilder best known for the new urbanism design of New Town said he hired experts to help him design the houses into the bluffs, preserving the trees and varying elevations.

But he found little support Wednesday night, save for the land’s seller, the University of Missouri, which spearheaded development of the Missouri Research Park to the north.

In a statement read by Goss, the university said Whittaker had agreed to density restrictions and preservation requirements that “ensure the land is developed in a responsible way.”

Opponents claimed just the opposite. The attorney for the Katy Land Trust, which works to protect land near the Katy Trail, argued that there weren’t any binding tree preservation or grading restrictions. And she pointed out that even St. Charles County staff noted the proposal doesn’t meet the county’s master plan because the land was envisioned to remain undeveloped.

“It’s at odds with the very intent and the goals set out in the master plan,” Land Trust attorney Traci Pupillo said, drawing applause from the audience of about 75 people who had stayed late into the evening.

St. Charles County staff, however, had recommended approval for the plan, citing the “minimal impact” it would have. An 18-hole golf course, the Missouri Bluffs, has already been developed there on a long-term lease from the university. Whittaker’s plan is to build the homes around the course.

Commissioners had questions, though, about roads and lot sizes in the development.

Goss argued that the narrow streets, winding through changing elevations, would force drivers to slow down.

But commissioners took notice of the lack of sidewalks and the few walking trails on the site plan. The county often tries to encourage more walkable and connected neighborhoods, said Mike Klinghammer, the St. Charles County Council’s representative on the zoning commission.

“I don’t know if I’d want to be walking on these streets,” he said.

Goss said he understood the concern. “That’s something that, I get it,” he said.

Critics say the plan would mar the landscape and trail users' experience; the developer insists that it would have "low impact" on the area.

Slug: Trail0722 Caption: Bicyclists cruise the Missouri Research Park Connector which runs for three-quarters of a mile to the Katy Trail.

The plan calls for 140 single-family homes, and either 25, 45, or 90 multifamily units depending on whether developers decide to build condos, town homes or villas.