The investors who purchased a Wellston industrial site from a St. Louis County agency last year say they have a potential buyer for the property — but the job creation and investment from that deal would be far lower than they first proposed to bring to one of the poorest areas in the county.

Wellston Holdings LLC wants to sell the 28-acre site on Ogden Avenue to Copart, an online vehicle auction and resale company based in Dallas. The deal, if finalized, would result in a $4 million to $7 million investment for an automobile storage lot and processing office and create 15 to 25 jobs.

That’s a far cry from the 300 jobs and $50 million in light industrial and warehouse development the investors pitched when they responded to a request for proposals issued last year by the St. Louis County Land Clearance for Redevelopment Authority.

“There was a previous development agreement with them and then they brought this to us,” said LCRA board member Sandy Parker. “We were told there were going to be 300 jobs, light manufacturing and warehousing, I do recall that. Nothing like 25 jobs.”

The site is one of two large tracts in Wellston that the county economic development agency, staffed by the St. Louis Economic Development Partnership, sold last summer to Wellston Holdings. Two of the partners in Wellston Holdings, Corey Christanell and John Rallo, have individually or through their companies given in close to $40,000 in campaign contributions since 2015 to St. Louis County Executive Steve Stenger.

Stenger says he holds no sway over the Partnership or the boards it staffs, though Partnership CEO Sheila Sweeney has been an ally of the county executive and was hired in the first year of his tenure.

Christanell and the third Wellston Holdings partner, Doug LaClair, told the LCRA board Wednesday that the city of Wellston supported the Copart proposal.

“They realize this would be the first private investment in the city in over 20 years,” Christanell said.

A deal with Copart is attractive because the company isn’t requesting public subsidies, Christanell said, which makes it “different and unique.”

Though Christanell and his partners already own the site, the Partnership’s recently hired general counsel Kim Diamond said Wellston Holdings needs LCRA board approval to change the redevelopment plan.

“We didn’t expect the presentation that they gave,” Diamond said. “I was told that we would be updating the board on their progress toward development. That’s all I was told.”

LCRA board members were hesitant to sign off on the Copart plan. “I don’t know if it meets all the requirements for the Partnership and redevelopment plan for that area,” LCRA chairman Christopher Becker said.

Diamond said the LCRA board would meet in the coming weeks to make a final decision on the proposal.

The Post-Dispatch reported in June that Wellston Holdings has been courting Copart since last year. In October 2017, a couple months after acquiring the site, Rallo emailed former Partnership executive Joe Bannister that Copart was a “perfect fit” for the Ogden Avenue site.

A Copart representative said Wednesday the company hasn’t been in communication with the owners about the Wellston site in recent months.

Though Copart is not under contract now, Wellston Holdings’ broker, Steve Stradal, said they are still interested and have been patient waiting on final approvals.

The LCRA board hasn’t met since March.

“I need to give them some direction,” Stradal told the board. “At some point, they may just say forget it.”

Asked when they need a decision by, LaClair said: “About six months ago.”

The decision on what to do with the property would cap over a decade of environmental cleanup and land assemblage by the county LCRA. According to the Wellston First plan, released in 2015, the Partnership has spent $30 million over years to assemble three industrial sites in Wellston, including the two sold to Wellston Holdings.

Prior to the sale, the Partnership marketed the sites in house and issued requests for proposals. In 2014, Maryland Heights-based Ascent said it wanted to build an $85 million data center on the other Wellston industrial park known as the Plymouth site, which is just to the south of the Ogden Avenue land. That deal was never finalized.

Christanell said the investors don’t have a price yet from the potential purchaser of the Ogden site.

The Plymouth site, south of Page Avenue, is more suited to denser employment levels than the Ogden Avenue site, the Wellston team says. But right now, they say they don’t have any solid prospects for that 15-acre site, formerly used by Wagner Electric.

St. Louis County board has 'huge issues' with car lot proposal on land it sold to Stenger donors

A St. Louis County Economic Development Agency had sold 28 acres in Wellston that it had prepped for development to investors who wanted to flip it for a car lot.

The St. Louis County Land Clearance for Redevelopment Authority has been working for months to buy back the property it sold in 2017 to a group led by John Rallo, who was sentenced to 17 months in prison last week.

But the St. Louis Economic Development Partnership CEO Rodney Crim offered few details on the next steps for the land.

The celebrity said he only learned the value of a St. Louis County Port authority contract touting his participation from Post-Dispatch reporting.

Promoters of Missourians for Patient Care don't want voters to know who is backing effort to legalize medical marijuana. 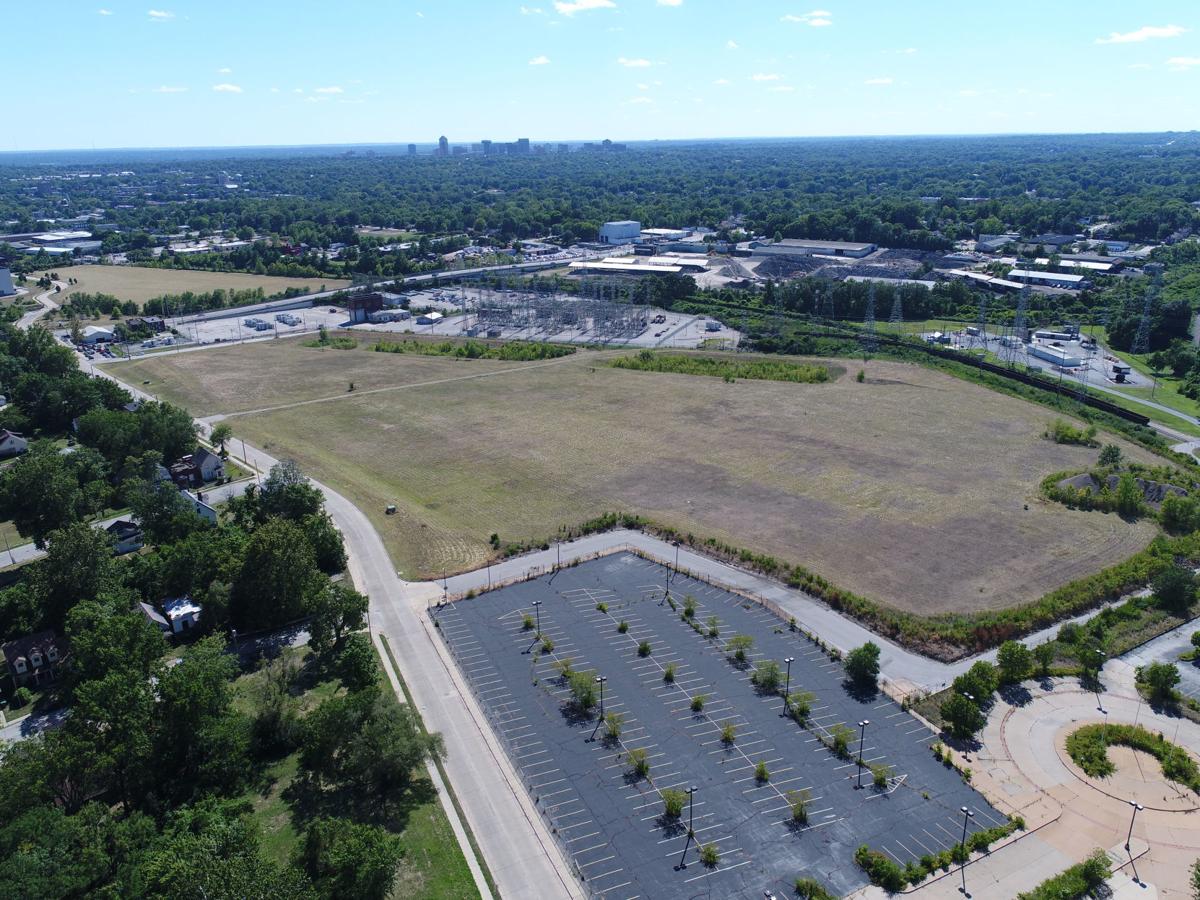 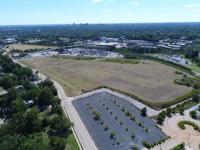 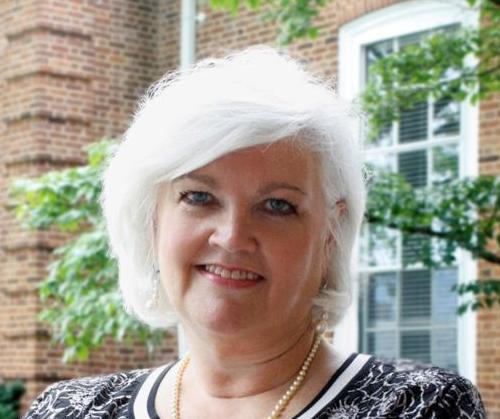 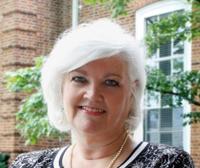 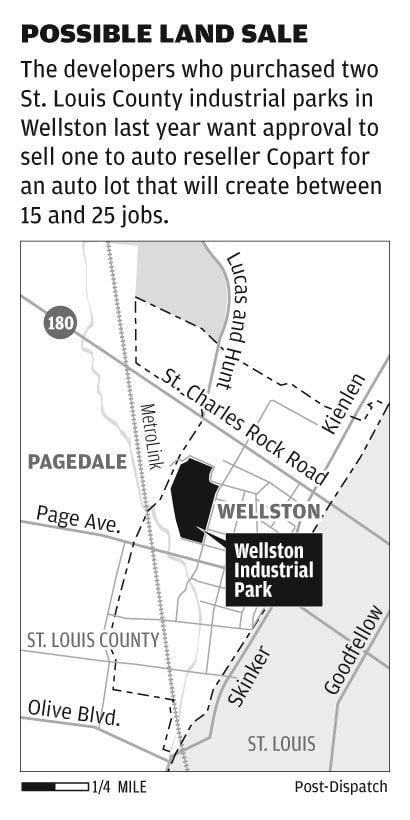 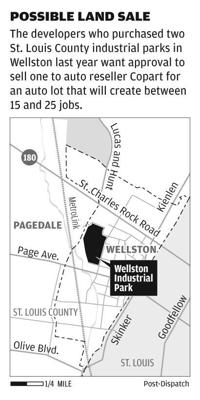