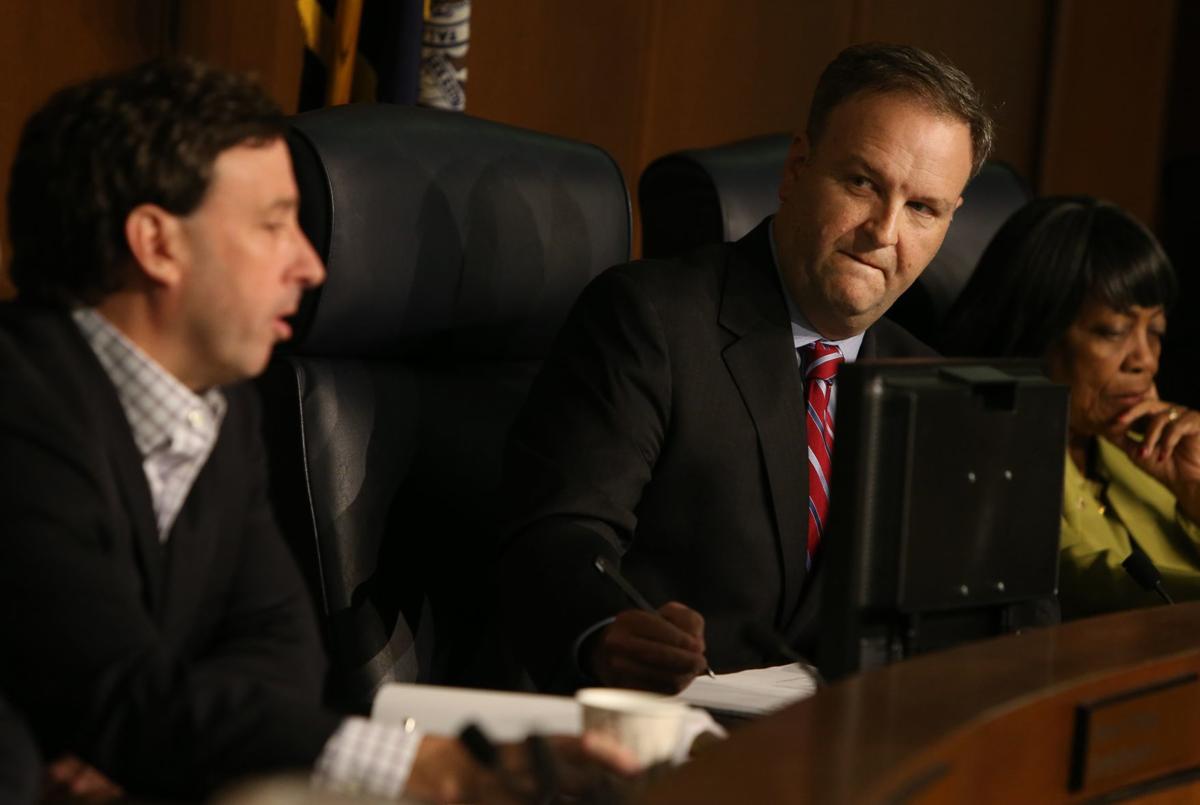 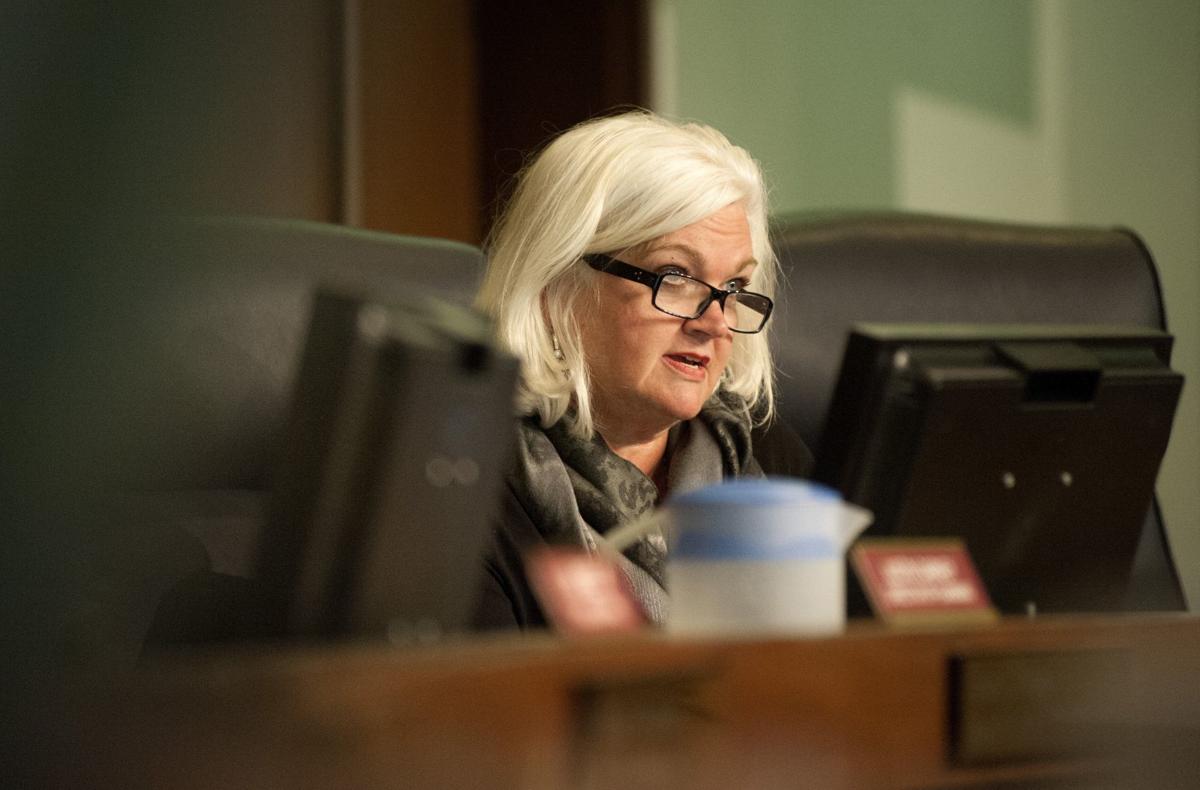 A bill St. Louis County Council Chairman Sam Page filed Monday would bar Port Authority board members from serving on expired terms. With all current members of the Port Authority serving expired terms, the move is designed to force Stenger to reappoint board members who can win the blessing of a council increasingly at odds with him. The bill is expected to be introduced at the council’s regular meeting Tuesday evening.

The latest council power play follows an override two weeks ago of five Stenger vetoes and moves to assert more council control over the budget. In April, Page asserted his right to sit in on Port Authority board meetings as a nonvoting member and requested financial records, contract solicitation materials and other documents from the Port Authority.

The St. Louis County Port Authority is an unusually powerful economic development agency, primarily because it receives some $5 million a year in rental payments from the River City Casino in Lemay. All of the current board members were appointed by Stenger’s predecessors. However, they approve nearly every proposal put before them by St. Louis Economic Development Partnership, which runs the day-to-day operations of the Port Authority.

Page said that the Partnership staff had not produced all of the records he requested and that some records wouldn’t be produced until late July. Page said that appeared to be an attempt to delay their release until shortly before the St. Louis County Democratic Party primary, in which Stenger will face challenger Mark Mantovani. Because he is a board member, Page said, the documents should be readily accessible and his requests shouldn’t be processed like a Missouri Sunshine Law request.

“On behalf of the council, I have a responsibility to have access to these records in order to do my job and fulfill my responsibilities, and they’ve denied me access to what I need to see,” Page said in an interview. Page is a Democrat who leads a bipartisan block against Stenger on the council.

St. Louis County Port Authority funds a lot of projects. Very few of them have anything to do with ports.

The Port Authority is led by Partnership CEO Sheila Sweeney, who took over at the economic development agency during the first year of Stenger’s tenure. The Partnership, whose members are appointed by St. Louis and St. Louis County, paid for a nationwide search and ultimately chose Sweeney, a local real estate developer who had been a longtime chair of the Port Authority.

Page has blasted the Port Authority in recent public comments, saying last month that “it seems to be giving away taxpayer dollars to campaign contributors like Oprah gives away cars.” In a letter sent to Partnership General Counsel Dustin Allison last week, which Page provided to the Post-Dispatch, Page said he was “deeply concerned” about the Port’s operations and finances.

“(I)t appears the Port Authority may have taken improper actions when entering into contracts without competitive bidding, its employees made misrepresentations to the public and to the County Council about Port Authority business, and it has engaged in the misuse of public funds,” he wrote in the June 4 letter.

Allison, in responses to Page, said the Partnership had already provided more than 1,000 pages of documents to the council chair and that the time it took to produce documents had nothing to do with the timing of the primary election.

Partnership spokeswoman Katy Jamboretz did not respond to requests for comment.

Recently, Port board members did not want to answer questions about why a marketing contract the board approved for $100,000 was signed by Sweeney for $130,000. John Rallo, the head of the firm that won the contract, has given at least $20,000 to Stenger’s campaign fund through affiliated companies.

“If the county executive would like to reappoint the board members, I’m sure the council would interview them and consider it, but the board members are responsible for the decisions that are being made,” Page said.

Specifically, Page said he had questions about a $422,000 contract awarded to consulting firm Accenture. He said he also wanted to see the bidding process for legal services for the Port Authority. The Post-Dispatch has reported that at least one contract, to the law firm of Stenger contributor Bob Blitz, was awarded without a bid in what appears to violate state law.

“We often receive his legislation less than 24 hours before it is introduced,” Whitlock said. “We will review the proposed bill in the normal course of business.”

Frank McHugh, chair • Appointed in 1995 by former County Executive George R. "Buzz" Westfall. He was a guidance director for the Riverview Gardens School District and is now retired.

Edward C. James, vice chair • Appointed in 1998 by Westfall. He is retired from Sverdrup Corp.

Nanci Napoli, secretary • Appointed in 1997 by Westfall. She is a vice president and business development director at St. Louis Title.

Daniel Thies, member • Appointed in 2013 by Dooley. The Port Authority lists his occupation as retired.

Charles Wiegers, treasurer • Appointed in 1995 by Westfall. He is a vice president at Baron Spices.