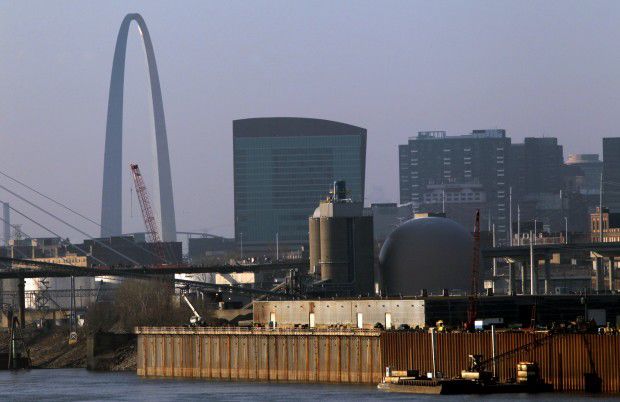 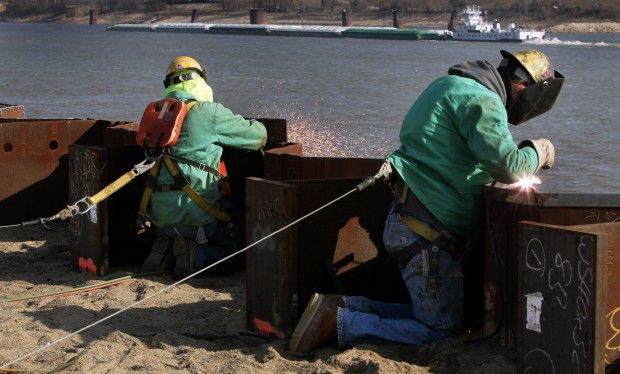 The St. Louis Port Authority wants to expand its boundaries from just the 19 miles of Mississippi River front to the entire city limits. Other Missouri port authorities, which have broad authority to buy and sell real estate and issue bonds, have borders that stretch well beyond their river frontage.

The St. Louis Port Authority wants to expand its boundaries beyond the 19-mile stretch of heavily industrialized Mississippi River frontage to cover the entire city limits, a change that would let the Port Authority use its broad economic development powers anywhere in the city.

Under Missouri law, port authorities have wide discretion to buy and sell property, issue bonds and contract for services in order to advance economic development. St. Louis has mainly used its port to lease property to barge companies and help the industrial firms along the riverfront expand.

“This would enable us to help projects across the whole city,” said Susan Taylor, who leads business development for the city Port Authority.

Of the 14 port authorities in the state, only St. Louis’ covers just a portion of its municipal boundaries, she said.

St. Louis County, for instance, has a port authority that covers its entire geography, not just the portion along the Missouri and Mississippi rivers. The county has used the Port Authority for projects well beyond river infrastructure and barge terminals, turning to it to acquire the vacant Jamestown Mall, pay for cleanup after unrest in Ferguson and fund neighborhood development groups and startup businesses.

But the St. Louis County Port Authority is unique in that it gets a dedicated stream of revenue through a lease with River City Casino in Lemay, netting the entity at least $4 million annually to spend on almost anything related to economic development.

The St. Louis Port Authority also leases river space, such as the Municipal River Terminal just north of the Stan Musial Veterans Memorial Bridge where CF Lewis and Clark Terminals LLC, a division of SEACOR Holdings Inc., has an operating lease through 2040.

Still, the St. Louis Port Authority collects far less than the county port. Its budget this year was just over $1.4 million.

It’s not a large organization. It lists just two dedicated staff members, and it is one of an alphabet soup of economic development agencies overseen by the St. Louis Development Corp.

Economic development activities beyond the river are mainly left to other agencies in St. Louis while the Port Authority focuses on projects along the riverfront. It has recently overseen grants to improve rail access to its river terminal and offered tax breaks to Italgrani, a grain company looking to expand on the south riverfront. In 2013, it oversaw the completion of a $19.5 million upgrade, largely funded with a federal grant, to the municipal river terminal, the only public port on the Missouri side of the river in the region.

Missouri port authorities can set them up within their boundaries and use them to capture half of the state withholding taxes paid from new jobs added there, provided those workers make at least the state’s average wage.

That revenue can then go to the district’s budget to support infrastructure and economic development work.

A report to the St. Louis port board said larger projects — those that add more than 50 jobs and pay at least $50,000 in wages — would be most suitable to include in any future advanced manufacturing zones.

“I think this would be good to take advantage of the (Advanced Industrial Manufacturing Zones) statute,” he said at the port board’s Tuesday meeting.

The board unanimously approved the expansion resolution. It still needs approval from the St. Louis Board of Aldermen and the Missouri Highways and Transportation Commission.

But in the wake of controversy over St. Louis County's port Authority, aldermen want more oversight of expanded city port.

St. Louis County Port Authority funds a lot of projects. Very few of them have anything to do with ports.

The St. Louis Port Authority wants to expand its boundaries from just the 19 miles of Mississippi River front to the entire city limits. Other Missouri port authorities, which have broad authority to buy and sell real estate and issue bonds, have borders that stretch well beyond their river frontage.