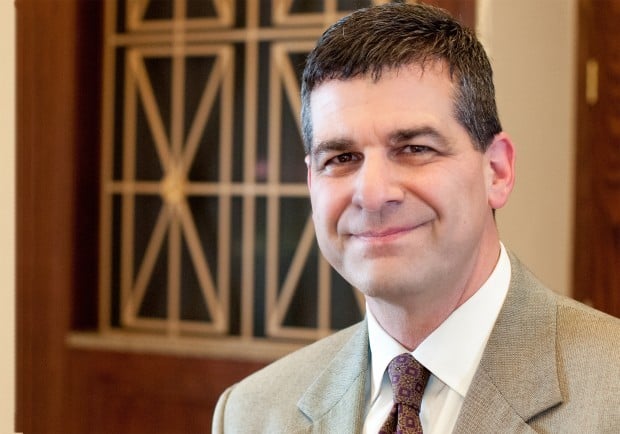 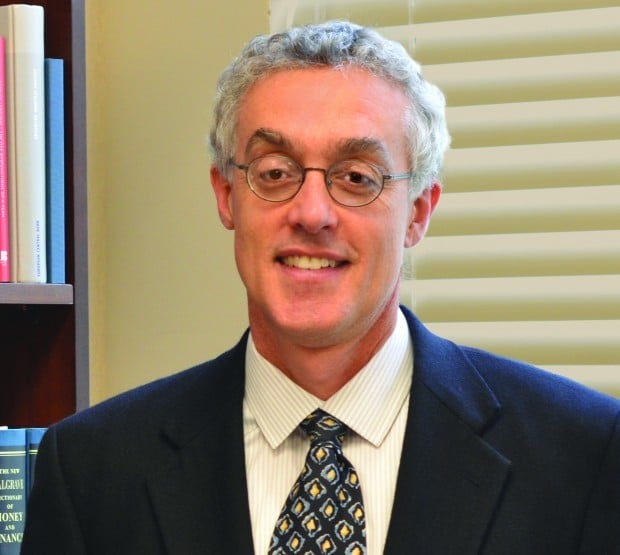 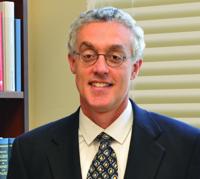 Bill Emmons, an economist at the St. Louis Fed.

A seemingly endless increase in costs -- without an equal increase in  household income -- continues to tighten Winston and Marietta Carron's budget in recent years.

This year, the retired couple's homeowners' insurance premium went up 27 percent, translating into $259 less they'll have annually for food, utilities and other bills.

"Everything is going up," Marietta Carron said.

The Carrons, who live in Sunset Hills, live off investments they have in the stock market, and growing bills are an ever-present concern. "We do live a good life," she said. "But one never knows what's down the road."

The Carrons are not alone. Nearly everyone's household wealth shrank during the economic downturn that began in 2007 and, for many, has yet to end.

Adjusted for inflation, U.S. household wealth declined nearly $17 trillion, or 26 percent, from mid-2007 to early 2009, according to the Federal Reserve. And by early 2012, only two-fifths of that loss had been recovered.

Yet economists are only now beginning to translate how this massive loss of wealth has affected individual household budgets and savings behavior on a micro level, which in turn loops back to the broader economy.

Until recently, economists tended to focus more on macro gauges, such as unemployment figures and gross domestic product.

"The financial side of the economy has been under-studied," said Bill Emmons, an economist with the Federal Reserve Bank of St. Louis. "We need to understand how the balance sheet failures have been so important that it caused the U.S. and global economies to falter."

To address the role individual households have on the broader economy, the St. Louis Fed is launching a nationwide research effort to provide a better understanding of the state of American household's balance sheets.

One goal of the project is to provide more up-to-date and detailed information that can play a role in shaping policy decisions, such as whether the Fed should continue to keep interest rates low to encourage borrowing.

"If we focus on balance sheets, we can do a lot for families and help grow the economy," said Ray Boshara, a senior adviser with the St. Louis Fed who is overseeing the effort. "Household financial stability is the ultimate aim."

The St. Louis Fed's Household Financial Stability Project kicked off in April with an ongoing speaker series, which is free and open to the public. At the spring event, co-sponsored with Washington University, Princeton University professor Sheldon Garon gave a talk focusing on the importance of savings on building wealth. Details for similar sessions to be held in the fall and next spring are still being finalized.

In addition, the St. Louis Fed will hold a financial access forum on Oct. 25-26 that will address under-banked households – those who use alternative financial services such as payday lenders – and a research symposium on Feb. 5-7.

Other components of the project will include new research and a balance sheet data clearinghouse that will be available on the St. Louis Fed's website.

"If we don't help families rebuild their wealth and balance sheets, then I think they and the broader economy are going to remain stuck for a long time," Boshara said.

The challenges are great. Emmons believes consumer spending and the housing market are unlikely to rebound soon, and will likely take another three to five years to recover. Household balance sheets, which include all assets and debts, have never been weaker, he said.

Steve Williamson, professor of economics at Washington University and a research fellow at the St. Louis Fed, said household assets have only been studied sporadically.

"That doesn't help if you're the Fed, and you're making policy decisions every six weeks," Williamson said. "To shape monetary policy, they need timely information to do that."

The Fed formulates U.S. monetary policy and has regulatory and supervisory responsibilities over banks. There are 12 Federal Reserve Banks, including one in downtown St. Louis.

Having a single clearinghouse will be helpful for researchers, Williamson said.

"The idea is to have a centralized place where the data is assembled and people have access to it," he said. "And, getting down to the micro level is very important – down to the household level – that helps you think of the big picture and understand it better."

Data on household savings, assets and net worth that's gathered will be pulled together to create a balance sheet index as part of the project.

The project's usefulness relies in part on whether the Fed is able to break down the data geographically, said Debbie Psihountas, an associate professor of finance at Webster University's George Herbert Walker School of Business and Technology.

"It could be extremely useful," she said. "But the trick is to tie (the data) to the individual. Having it out there isn't enough."

Fed officials said they're still determining the scope of the project, and demographic factors such as age, race, education level, and income all will be studied.

One area the St. Louis Fed has identified as a topic for further study is the failure of many people to diversify their assets beyond their investment in a home.

That was a major contributor to the economic downturn, in addition to inadequate savings and too much debt.

The lack of diversification is most clearly felt by those who saw a home as a key investment before the real-estate slump.

Roger Macon, a financial adviser with Edward Jones in south St. Louis, said he's seen an increase in people coming to his office for financial advice for the first time in their lives.

"What we've seen is more people realize that their home can't be their sole investment," Macon said. "When things got difficult, beginning in 2008, more people are now receptive to financial advice and looking at what they have and where they want to be."

Those working on the Fed's new research effort are hopeful the work will help avoid another housing bubble by, for example, by making people more aware of the pitfalls of failing to diversify or carrying too much debt.

The Fed's Emmons said there's no timeline set on the household balance sheet project, but described it as a long-term effort. "These are problems we are going to be dealing with for awhile."

Bill Emmons, an economist at the St. Louis Fed.