The St. Louis Economic Development Partnership is looking for a new leader after parting ways with Sheila Sweeney, its embattled chief executive.

The organization named Rodney Crim, president of the Partnership, on Friday as interim CEO, and announced plans for a national search for a replacement.

And it comes on the heels of moves by the St. Louis County Council to tighten oversight of the agency and fund it only in quarterly allotments, forcing it to submit to council inquiries in order to receive its annual $4.1 million county appropriation.

“Our board has determined that a new direction is necessary to fulfill our mission of building this region’s economic engine,” Karlos Ramirez, chairman of the St. Louis Economic Development Partnership board, said in a statement. “We are proud that our organization is one of the first combined efforts of the City of St. Louis and St. Louis County, and are committed to ensuring it can focus on our mission in the most efficient and effective way possible.”

If pressure on Sweeney had been brewing at the board, it was mostly behind the scenes. The county executive, who appoints 11 of the 15 Partnership board members, has been mostly silent on Sweeney’s performance. One of the member is his chief of policy, Jeff Wagener, and the other is his chief of staff, Bill Miller. The four remaining members are appointed by the St. Louis mayor.

Crim formerly led the St. Louis Development Corp. and moved to Clayton as part of the Partnership’s establishment in 2013.

The Partnership board met in closed session Thursday evening for nearly two hours, its second special closed meeting in a month.

The board hired Sweeney in 2015 after paying executive search firm DHR International $56,000 to search for candidates. After what was described as a “national search” to replace Coleman, a longtime area economic development leader, the Partnership ended up choosing Sweeney. Sweeney ran a real estate business and was the longtime chair of the powerful St. Louis County Port Authority — an entity that collects $5 million annually in casino rent and is managed by the Partnership.

In the last 18 months, Stenger’s support on the County Council has all but evaporated, and the body has passed legislation to appoint its own St. Louis County Port Authority board, a move that has set up competing port authorities. A judge is likely to decide which one is legitimate.

Stenger, who previously denied involvement in the Partnership’s day-to-day operations, now says it is “wholly appropriate” for the county executive to communicate regularly with an agency that receives $4 million annually from county taxpayers.

The Partnership formed five years ago out of what was the St. Louis County Economic Council in an attempt to merge some of the business recruitment functions of St. Louis and St. Louis County.

However, the city’s St. Louis Development Corp. maintained its staffing of the city’s Port Authority, Land Clearance for Redevelopment Authority and other economic development arms. The Partnership staffed the equivalent agencies in St. Louis County.

SLDC gives about $1 million annually to the Partnership, which is supposed to offer locations to corporate site selectors without favoring the city or county. Those in economic development claim some success in working together when companies and their site selectors come knocking. Officials often point to the city’s retention of the National Geospatial-Intelligence Agency and St. Louis County’s agreement to withdraw sites in favor of the north St. Louis site that ultimately was chosen.

Former employees who spoke to the Post-Dispatch last month, though, say the organization clearly favored St. Louis County sites on other projects, unbeknownst to the city.

In a brief public session to discuss looming budget issues at the Partnership, Sweeney, too, pointed to the NGA and the Partnership’s recent effort to put forward a competitive proposal in an attempt to land a 700-job U.S. Department of Agriculture office planning to move out of Washington.

“Certainly our business development has been very involved in the city and county to make sure we retain jobs here first and foremost,” Sweeney told her board. “Those things I’m really proud of, and I think continuing it is the right thing to do for the city, the county and this region so we can move forward.”

She did not respond to a request for comment on her departure.

Other positive notes during Sweeney’s tenure include branding the plant science and agriculture district in Creve Coeur, known as 39 North. The Partnership worked to win transportation funding for road upgrades at Olive and Lindbergh boulevards and grants for trails in the area. It is considering borrowing money to expand the Helix Center there to accommodate a promising agriculture technology firm.

In addition, the St. Louis County Port Authority has gained site control of the closed Jamestown Mall in north St. Louis County, though a developer has not yet moved forward with plans for the site.

However, other deals have raised eyebrows at the council about the Partnership’s professionalism and whether it is being used as an economic development or political tool.

In 2016, a $130,000 Port Authority marketing contract was given to Stenger donor John Rallo despite his seeming lack of marketing experience. The board approved only a $100,000 contract, yet Sweeney signed off on the larger amount.

Last year, a failed effort to build a practice facility for the St. Louis Blues on county-owned park land was led by Sweeney and the Port Authority. She told the Post-Dispatch that grading at the site was for a separate stormwater management project. But documents obtained by the newspaper later showed it was part of the still unapproved ice complex.

Recently, the St. Louis County LCRA’s sale of industrial real estate for a development that hasn’t materialized has been back in the news. The new owners, a group that includes Rallo, wanted to flip some of the land to a used-car company that would provide far fewer jobs than they initially pitched. The county LCRA turned them down, and Sweeney has distanced herself from the deal. Former Partnership employee Joe Bannister, who oversaw the project, said the investors were given the opportunity because of their relationship with Stenger.

Osborn's move to distance herself from Partnership board follows its vote to oust former CEO Sheila Sweeney. The Partnership's CFO and chief spokeswoman are leaving, too.

Vacancies opened after aides to former St. Louis County Executive Steve Stenger resigned from the board.

Speculation has mounted about the future of Partnership CEO Sheila Sweeney. 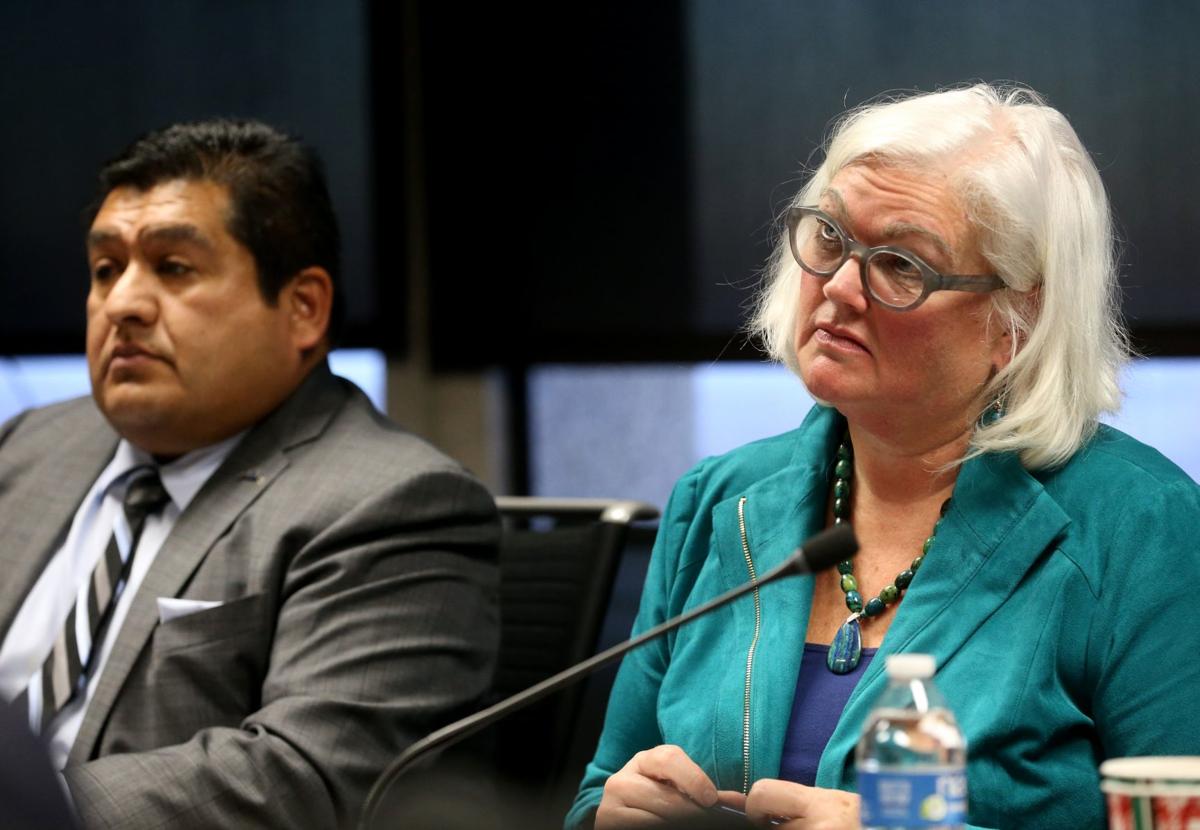 Chairman of the St. Louis Economic Development Partnership Karlos Ramirez and CEO Sheila Sweeney attend a special meeting for the Partnership board on Thursday, Jan. 3, 2019, at the Pierre Laclede Center in Clayton. Photo by Laurie Skrivan, lskrivan@post-dispatch.com 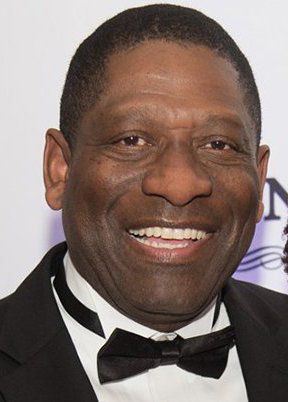 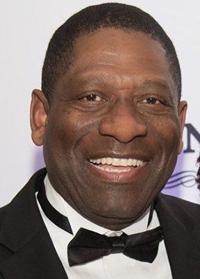