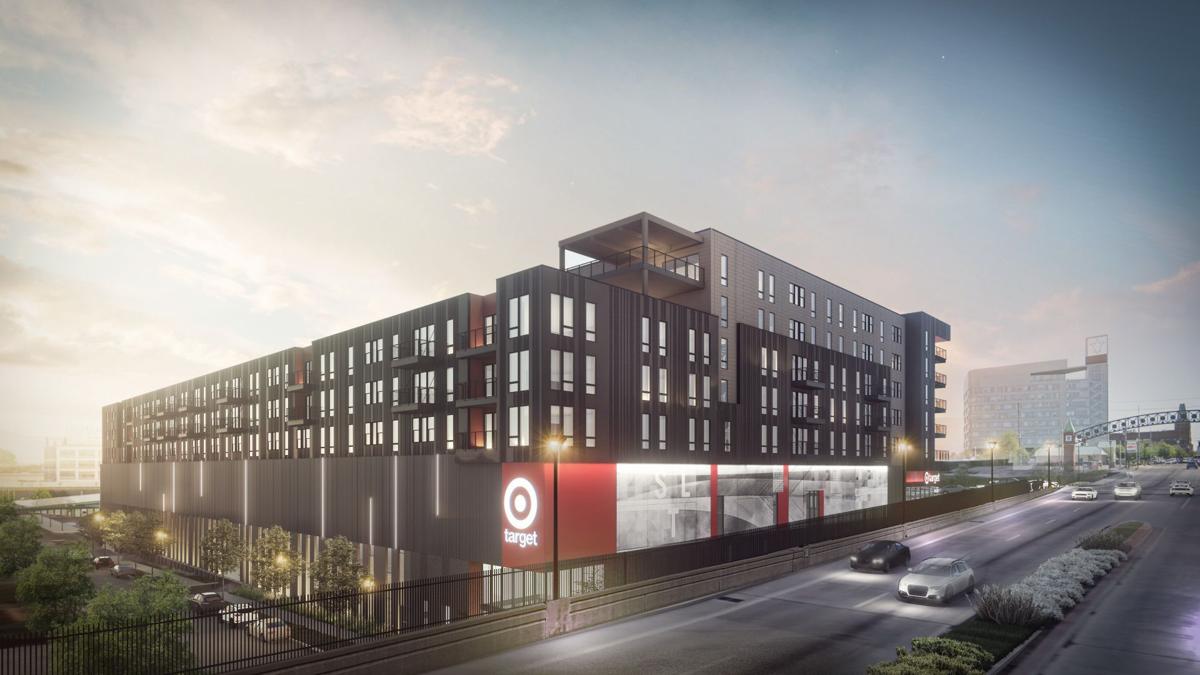 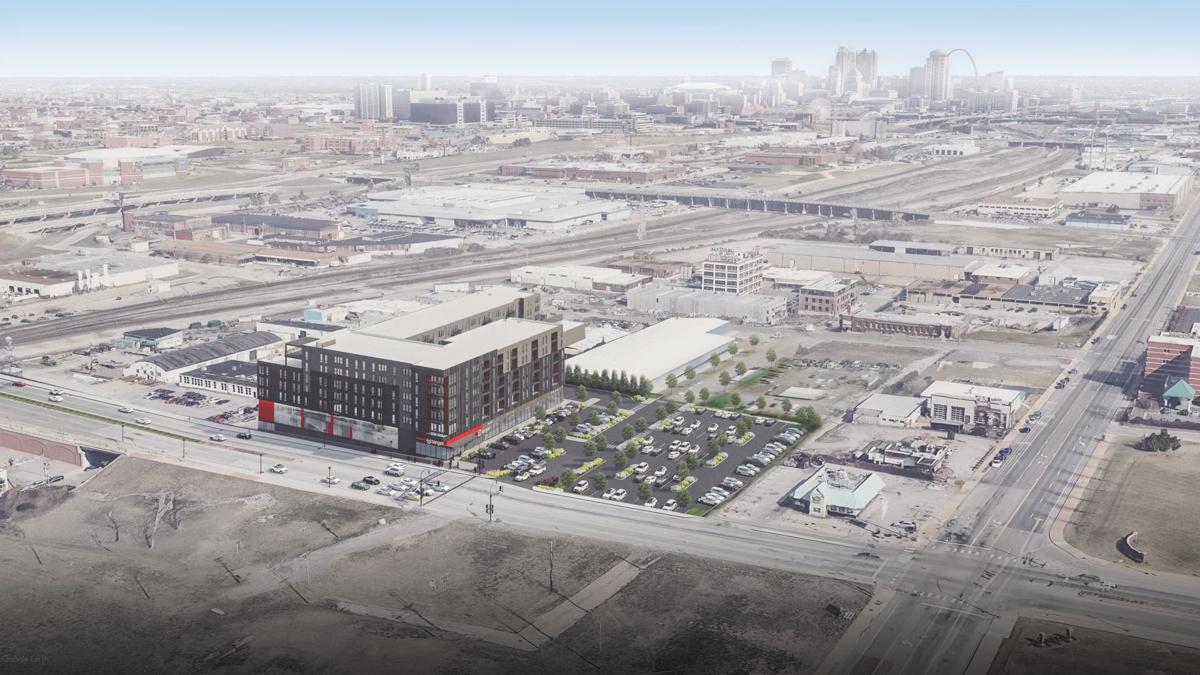 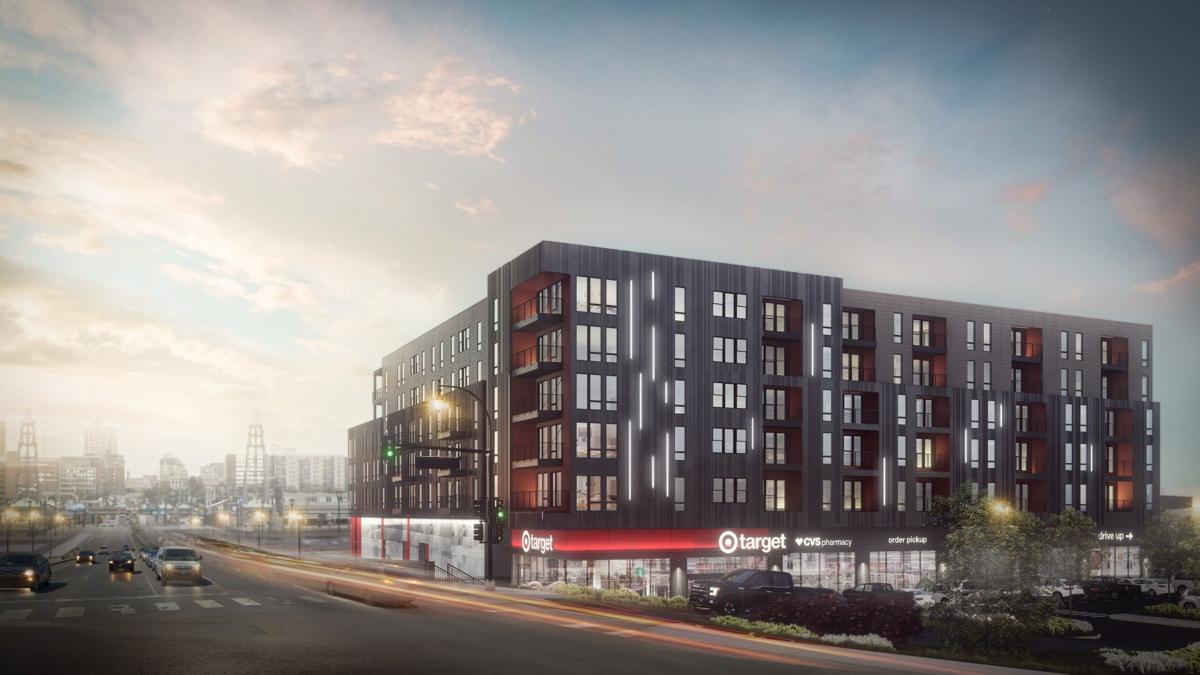 ST. LOUIS — A developer announced on Thursday that it has secured a Target store to anchor its $60 million apartment development near St. Louis University in Midtown.

Local developer Pier Property Group said Target Corp. is aiming to open in July 2023 at Pier’s new development The Edwin, a proposed 196-unit apartment project at South Grand Boulevard between Gratiot and Papin streets in Pier’s Steelcote Square. It will mark Target’s second location in St. Louis and its 21st in the metro area.

The decision by a high-profile, national retailer like Target to open in Midtown marks the growing stability of the area, underscores Target’s confidence in the neighborhood, and is a sign of more development likely to come. It’s a major payoff for institutions like SLU that made development a priority in recent years.

“This project is exactly the type of transformational effort that we envisioned,” SLU Chief Financial Officer David Heimburger, who sits on the board that oversees development in the neighborhood, said in a statement. “Attracting a stellar brand like Target to Midtown has long been a dream of ours and is further proof that this is a place where people want to be.”

Pier owner Michael Hamburg said he approached Minneapolis-based Target earlier this year after hearing rumors it had been seeking another St. Louis city location for years. The Midtown store will occupy 70,000 square feet, about half of a typical Target footprint. The retailer began opening smaller stores a few years ago to better fit tight spots in urban neighborhoods, near college campuses and other areas. A company spokesperson said it will share more details about the Midtown location at a later date.

The Edwin is Pier’s fourth project in Steelcote Square, a $100 million redevelopment of the Steelcote Paint and Columbia Oil buildings just south of Interstate 64. The developer has built Steelcote Lofts, a 33-unit project, and Steelcote Crossing, a 15-unit apartment building. Pier is currently building Steelcote Flats next door that will have 105 apartment units and retail space.

“Our goal with this neighborhood was always to do more than 33 units,” Hamburg said. “We’ve been following demand and seeing what pieces fit best. It’s one step a time. In Midtown and St. Louis, it’s hard to drop $400 million on a corner at one time.”

The Edwin development will include a 200-space parking garage and a 140-spot surface lot. Demolition and site work are expected to start by the end of November, with construction taking about 20 months. Pier is partnering with Edwardsville-based Fireside Financial on the project and is eyeing a July 2023 opening.

“Pier Property Group has spent a large amount of time building up the area to be a great living environment and it will now have strong retail presence with Target,” said Rick Spector, vice president of commercial real estate firm L3 Corp., which represented Pier in its deal with Target. “Hopefully it will spur a lot more growth.”

After the Target at The Promenade in Brentwood opened in 1998, other developments like Brentwood Square and The Boulevard later followed. The area is now one of the strongest retail destinations in the region, said Grant Mechlin, managing director of retail services for real estate firm Sansone Group, which developed the Promenade.

“Target is one of the most iconic brands in retail. It has a great diverse customer demographic,” Mechlin said. “It will be well received.”

Pier is in negotiations with the city over an incentives package. Neal Richardson, chief of St. Louis Development Corp., on Thursday called the project “a big win for the city.” The Edwin also is eligible for incentives through the St. Louis Midtown Redevelopment Corp., a group controlled by SLU and SSM Health that oversees redevelopment in the area.

St. Louis based architecture firm Arcturis and general contractor Holland Construction of Swansea, Illinois, will design and build the project.