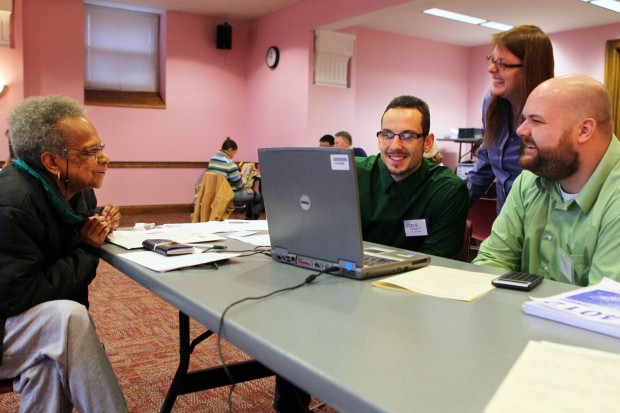 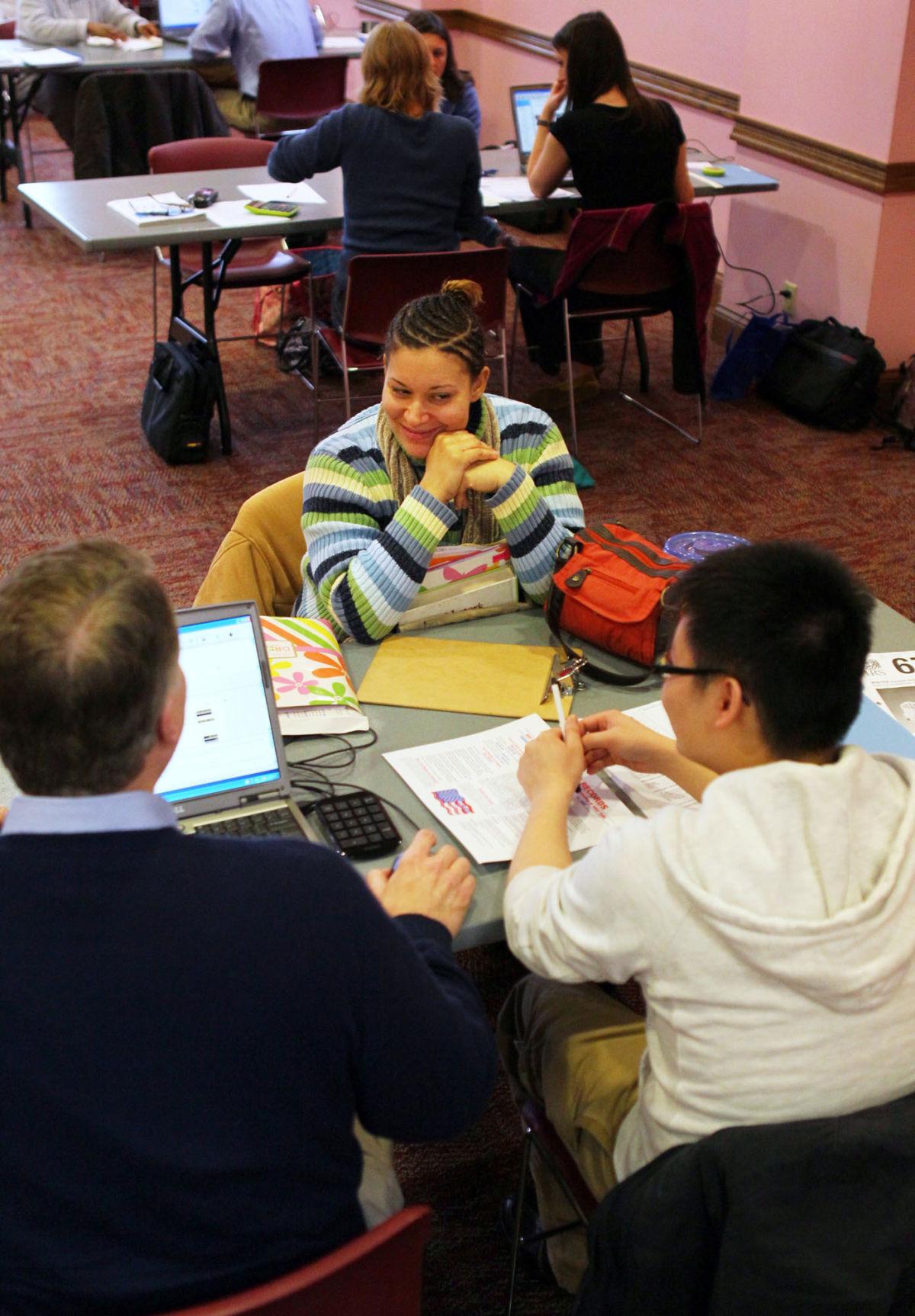 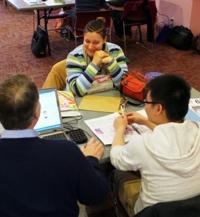 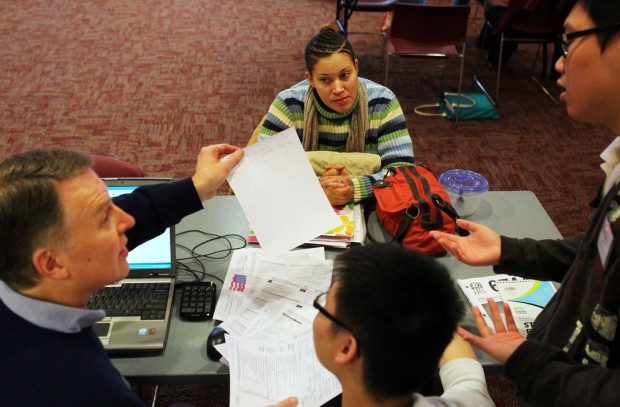 There are tax breaks for college students, job hunters and victims of natural disasters. If much of it seems familiar, that's because it is.

With all the talk about tax reform, there weren't many changes to tax law in 2011.

"For most people the numbers are changing but the basic concepts are the same," said Jeff Schnepper, author of "How to Pay Zero Taxes" (McGraw-Hill, 2011).

As always, tax filers should be sure to take all the deductions and credits for which they're eligible. And because of adjustments to things like the standard deduction and personal exemption, 'some of the breaks they didn't quality for last year, they may qualify this year, especially if they didn't get a raise," said Barbara Weltman, contributing editor to J.K. Lasser's "Your Income Tax 2012."

That's because many deductions and credits phase out at higher incomes.

The one tax break that almost every worker got, regardless of income, was the 2 percentage-point reduction in Social Security payroll taxes in 2011. And there was nothing to file. "The savings were immediate," Schnepper said, showing up as more take-home pay.

Congress passed a two-month extension of the Social Security tax reduction just days before it was to expire at the end of last year, and said it would negotiate to keep it in place for the full year.

But things like the Alternative Minimum Tax patch were already in place long before the end of the year, meaning it should be a smooth start to the tax filing season.

Tax rates are the same as in the 2010 tax year, ranging from a low of 10 percent to a high of 35 percent. The lower long-term capital gains rates of 0 percent and 15 percent are good through the end of 2012.

And those with higher incomes won't see their personal exemptions and itemized deductions reduced.

Last year, the IRS received more than 145 million returns. More than 75 percent of filers were entitled to a refund, averaging $2,913.

Of those returns, about 112 million were filed electronically.

Weltman expects electronic filing to increase further because of IRS rules requiring e-filing by paid preparers who do more than 10 returns.

Electronically filed returns tend to have fewer errors and give the taxpayer the convenience of filing at any time, day or night, without having to wait at the post office, she said. It also can mean quicker refunds, particularly if you use direct deposit.

Weltman said security has been good, although in November, the Treasury inspector general for tax administration called on the IRS to improve the way it tracks performance and security issues in its new e-filing system, scheduled to be fully in place by next year.

This year, TurboTax and H&R Block have applications that allow people to file the simplest tax returns, those using form 1040EZ, on iPhones or Androids. Both companies say filing on smartphones is safe and secure.

Taxpayers this year will benefit from an increase in the personal exemption, to $3,700. The standard deduction, available to those who don't itemize, rose to $11,600 for married couples filing a joint return; $5,800 for singles and married individuals filing separate returns; and $8,500 for heads of household. Those who are 65 or older or who are blind may be eligible for a higher standard deduction.

The Alternative Minimum Tax threshold increases to $74,450 for a married couple filing a joint return, $48,450 for singles and heads of household, and $37,225 for married individuals filing separately. The AMT originally was passed to make sure that people weren't using loopholes to avoid paying taxes. Because it is not automatically adjusted for inflation, millions more taxpayers would be affected if Congress didn't approve a patch every year or two in effect to make an inflation adjustment. Taxpayers with incomes above the threshold could be liable for the AMT, which excludes some deductions.

That said, make sure you claim deductions to which you are entitled. Meighan said people tend to underestimate the value of items donated to charity, for instance, thinking that if they deduct too much it could lead to an audit. TurboTax uses a program called It's Deductible to help people assess the value of their donations, and other programs can be found online, too. Take photos of the items you donate, including the tags if the items are new.

If you drive to drop off your items to a charitable organization, or commute to a soup kitchen to volunteer, you can also deduct 14 cents a mile. "Keep a log of it," he said.

And you can deduct mileage if you move to take a new job — or a first job, provided you meet a distance test. The rate for the first half of 2011 is 19 cents per mile, and for the last half, 23.5 cents a mile. You can deduct the cost of lodging if you had to stay overnight on the way to your new home, but not the price of meals. You can find more information in IRS publication 521.

For people who collected unemployment before finding that new job, those benefits are taxable. "Hopefully, they've had taxes withheld," Meighan said. Otherwise, they could get hit with a bigger tax bill.

Withholding is voluntary. If you're still unemployed and want taxes withheld this year, use Form W-4V.

Unemployed people might find themselves eligible for some tax breaks they didn't get when they were working. Their reduced income may make them eligible for the earned income tax credit, or education credits and deductions. The IRS says the American Opportunity Credit could be particularly relevant because it's partly refundable.

But you don't have to be unemployed to qualify for education tax breaks.

"More often than not, we found that people miss the American Opportunity Credit," said Kathy Pickering, executive director of the Tax Institute at H&R Block. It's a maximum credit of $2,500 toward the cost of tuition and other higher-education expenses and can be used for the first four years of college if the student is enrolled at least half-time.

There is also a tuition and fees deduction, as well as a deduction for interest paid on student loans.

They all phase out at higher incomes.

There's also some tax relief for people who lost property or suffered damages in hurricanes, wildfires, tornadoes and other natural disasters in 2011. Losses over and above what was covered by insurance may be deductible if they exceed 10 percent of your adjusted gross income. However, the first $100 of loss from each particular event isn't deductible; subtract that before applying the 10 percent rule.

It's still not too late to take advantage of one tax-reducing option: contributing to an individual retirement account. You can do that up until the tax filing deadline — April 17 this year because of the Emancipation Day holiday in Washington. To sync with federal returns, Missouri and Illinois have pushed back their tax deadlines to April 17.

Any funds moved from a traditional IRA to a Roth IRA must be reported as income. For 2010 only, you had the option of deferring half the amount to 2011. If you chose that option, don't forget to report it on your 2011 tax return.

If you have money left in flex spending accounts, check with your employer on the final day to submit receipts for 2011 expenses.

And don't fret if you need more time to file. You can always file for an extension.

"You don't have to give a reason," Weltman said. "But pay as much as you think you owe" to minimize any late payment penalties.

The high-cost loans will soon vanish, but consumer advocate worry about what might take their place.

What to do if you can't pay your taxes

Poor you. You slave over your taxes, hating every minute of it, but knowing you'll get a nice reward at the end when you see how big your refu…

Many can have taxes done for free

Expiring tax laws throws planning up in the air

Tax planning more difficult with tax code changes up in the air.

Illinois same-sex couples in civil unions are discovering an unpleasant quirk of their new status. The state of Illinois will make them do th…

Tax tips from the Missouri Society of CPAs

Sales tax deductions, mileage reimbursement and cost basis for stocks are among the topics.

WASHINGTON • President Barack Obama will call for new spending on infrastructure, education and manufacturing research, as well as higher taxe…

U.S. consumer prices rise by most in nearly 40 years

U.S. consumer prices rise by most in nearly 40 years

Side hustles that are perfect for both introverts and extroverts

Side hustles that are perfect for both introverts and extroverts