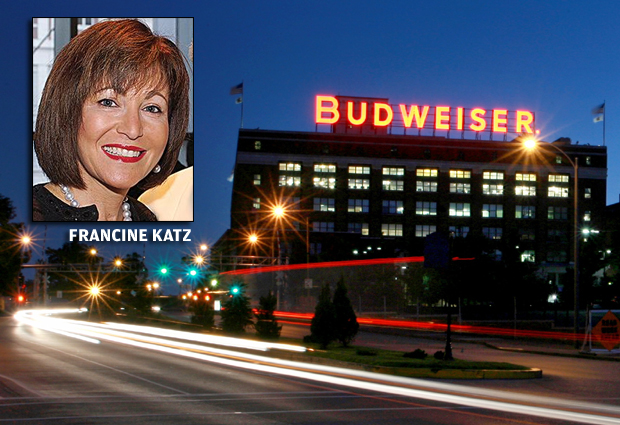 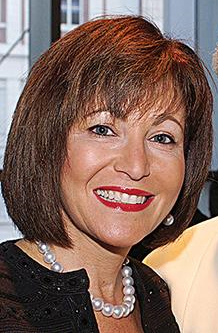 Updated Tuesday to correct Francine Katz's characterization of the company's corporate culture, which she amended in a complaint filed last month.

Francine Katz's courtroom seat across the aisle from Anheuser-Busch's attorneys is an unfamiliar one for the former brewery executive.

For two decades, Katz was one of the brewer's staunchest defenders, and when she resigned in 2008 as its communications chief, she was among the company's highest ranking female executives.

Now, Katz, who lives in Richmond Heights, is suing A-B and its parent company, A-B InBev, alleging the brewer discriminated against her based on her gender, in violation of the Missouri Human Rights Act.

A-B has denied the allegations and in a statement said evidence in the trial will show that Katz was treated and compensated fairly.

In her lawsuit filed in Circuit Court in St. Louis in October 2009, Katz alleges that after was promoted in 2002 to vice president of communications and consumer affairs, her pay and bonus — $500,000 — was significantly less than that of John Jacob, a male colleague who previously held the position. Jacob is among those who may be called to testify.

By 2007, her pay and bonus was still 46 percent lower than Jacob's last full year of compensation before he retired, Katz alleges. She also alleges she received fewer stock options than every male employee on A-B's member strategy committee, which fluctuated between 15 to 20 members.

Katz also says that she and the only other female on the committee, Marlene Coulis, were the lowest paid committee members. Coulis, who was previously vice president of consumer strategy and innovation but no longer works at A-B, also is on the witness list and may be called to testify.

Katz complained about her compensation to her superiors in the years following her promotion, but only learned of the extent of the pay discrepancy in 2008 in a regulatory filing related to InBev's acquisition of A-B, she claims in her civil suit, which seeks back pay and punitive damages.

Katz alleges that A-B's corporate culture excluded women from informal social networks and failed to give women assignments that would improve their career opportunities. In her original lawsuit filed in 2009, Katz also claimed the brewery encouraged a "frat party" and "locker room" atmosphere, but that language was dropped from her amended lawsuit filed on March 19.

Jury selection in the case that has taken more than four years to get to trial began Monday on the seventh floor of the Civil Courts building, just a few miles from A-B's brewery and North American headquarters, where the alleged discrimination occurred. Jury selection is set to continue Tuesday.

Judge Rex Bulison said that the case may take between two and three weeks, based on the number of witnesses that may be called. Included on the witness list are former A-B CEOs August Busch III, his son August Busch IV and Patrick Stokes.

Marcia McCormick, a law professor at St. Louis University School of Law and co-director of the school's William C. Wefel Center for Employment Law, said to prevail, Katz must show a pattern of discrimination by her former employer.

"Ultimately, she has to show that (Katz's) sex was a contributing factor in decisions by A-B that negatively affected her," McCormick said.

Katz arrived at the courtroom just after 8 a.m. Monday, taking a seat at the plaintiff's table next to her attorney, Mary Anne Sedey. A-B's defense team, led by Jim Bennett of Dowd Bennett LLP, wheeled in a half dozen bankers' boxes full of documents. Both Sedey and Bennett were flanked by several attorneys.

Bennett has represented many of St. Louis' largest companies in trials before, including Monsanto and Emerson.

Employment law attorney Sedey is no stranger to high profile cases. In 2010, she represented two female firefighters in a gender discrimination case against the Monarch Fire Protection District that resulted in a $400,000 verdict on behalf of her clients.

In 1988, Sedey successfully argued a discrimination case before the U.S. Supreme Court, Forrester v. White, in which the high court ruled judges can be sued for discrimination.

Attorneys spent Monday asking questions of the pool of more than 70 potential jurors for the case. Potential jurors were asked about their familiarity with A-B products and the former executives who may be called to testify.

"How many people in this group like to drink beer?" Sedey asked the jury pool during the questioning period, to which most people raised their hands. Two potential jurors said they had strong affinity with A-B products, but it wouldn't affect their ability to be impartial during the trial.

They were also asked if they'd encountered any sex discrimination allegations in their careers and if they had supervisory experience or experience setting salaries. Jury selection is set to continue Tuesday.

A-B says Katz wasn't underpaid and her compensation between 2002 and 2007 totaled more than $7.8 million.

Testifies that she didn't have the same opportunities to network and socialize as male executives.

Former head of compensation for company said Katz was paid better than most PR executives.

McClellan: Where beer's involved, guys will always be guys

One of her complaints is that the brewery encouraged a "frat party" atmosphere, to which many guys would respond, "It's a brewery!"