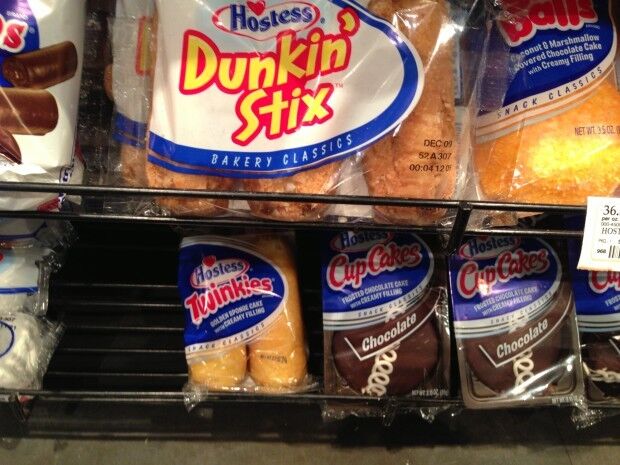 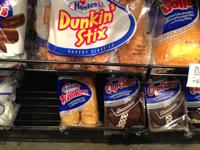 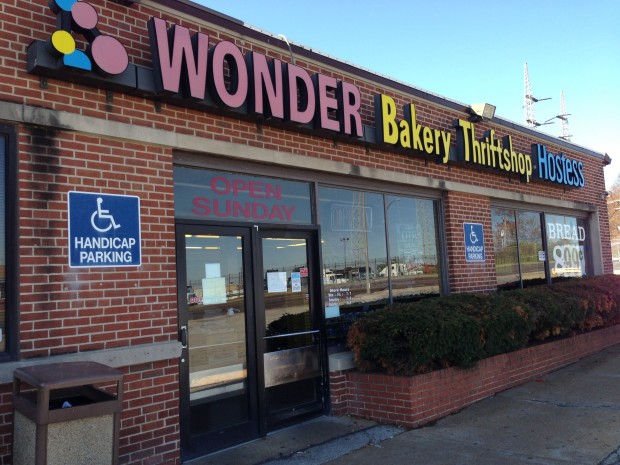 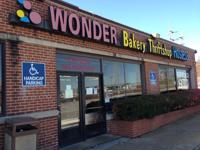 A bakery outlet store on North Broadway next to the Hostess plant in St. Louis was temporarily closed on Monday, Nov. 12, 2012, due to the bakers’ union strike, according to a sign posted on the window. By the end of the week, the whole company was done. Photo by Lisa Brown, lbrown@post-dispatch.com 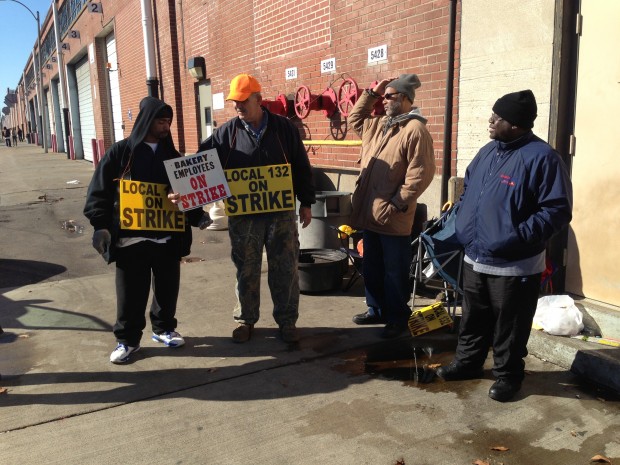 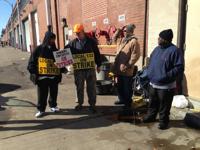 Striking Hostess bakers’ union members from Columbus, Ind., are joined on Monday, Nov. 15, 2012, by local union members at the St. Louis Hostess plant who honored the picket line and remained on the sidewalk. Photo by Lisa Brown, lbrown@post-dispatch.com

The supply of iconic junk food brands Twinkies and Ding Dongs could be disrupted if bankrupt Hostess Brands decides to liquidate amid a crippling strike by union bakers.

After union bakers walked out last week over wage and benefit cuts, Hostess Brands quickly closed three plants, including the St. Louis bakery that employed 365 people, where workers honored the picket lines. On Wednesday, the maker of baked goods said it would seek to shut down all operations next week if more workers at other plant don’t cross the lines.

“We’re either going to move forward tomorrow because enough workers have returned to work so we can operate all our plants, or we’re going to liquidate,” Hostess Brands spokesman Lance Ignon said Thursday.

The work stoppage already has created some product delays this week, including at Maryland Heights-based grocery store chain Schnuck Markets Inc., which operates more than 100 stores in Missouri, Illinois, Indiana, Wisconsin and Iowa.

Schnucks stores have top sellers such as Twinkies, Ding Dongs and Ho Hos in stock, but the availability of other Hostess products has been affected, said spokeswoman Lori Willis.

Some of the Wonder bread rolls, buns and bread loaves are experiencing outages or supply shortages, she said.

“Our bakery categories team is monitoring the situation closely to determine what items are impacted each day and to what degree,” Willis said. “While the more popular Hostess products are currently on the shelves, availability could become an issue if the work stoppage continues.”

Irving, Texas-based Hostess Brands, which filed for bankruptcy in January and has fought with unions throughout the year over deep cuts to pay and benefits, closed three plants permanently Monday, including one in St. Louis.

Since the St. Louis plant closed, Hostess products are now coming in from bakeries outside the region, said Todd Vasel, assistant director of marketing for Chesterfield-based Dierbergs Markets, which operates 24 grocery stores in Missouri and Illinois.

The plant closures followed a national strike by members of the Bakery, Confectionery, Tobacco Workers and Grain Millers International Union on Nov. 9. The union, which represents more than 5,000 of Hostess’ employees, said the strike was in response to “draconian cuts” in health benefits and a contract that cut wages and benefits by up to 32 percent, including an immediate 8 percent cut in wages.

Bakers union members rejected the contract in September, but a bankruptcy judge allowed Hostess to impose the concessions.

For St. Louis workers, news of the closure was a surprise.

“It’s a shock,” said Gary Phillips, who lives in north St. Louis County. “It was a nice place to work.”

Until a week ago, Phillips was employed as a baker making Ding Dongs at Hostess’ St. Louis plant, a place he has worked for 35 years since he was a teenager.

On Wednesday, the company — with more than 18,000 employees and 36 plants nationwide — issued the ultimatum, saying it would shut the company down as soon as Tuesday if enough striking workers didn’t return to work by 4 p.m. Thursday.

If not enough workers reported to work Thursday, Hostess said it would file a request with the bankruptcy court today to liquidate the company.

Customers from across the country voiced their dismay on social media over the company’s troubles and how the turmoil may impact the availability of snack cakes they have grown up with, including Suzy Q’s, Hostess cupcakes and Twinkies.

Hostess makes about a half billion Twinkies a year, and the news of plant closures and a possible shutdown of the company has sparked shortage concerns.

St. Louis shares a long history with Hostess and its brands. A predecessor company, Continental Baking Co., was a subsidiary of St. Louis-based Ralston Purina Co. from 1984 to 1995. And, James Dewar, a Hostess plant manager in suburban Chicago who invented Twinkies in 1930, came up with its name after seeing a St. Louis billboard for “Twinkle Toe” shoes.

If Hostess opts to liquidate, three of its operating facilities — in Maine, Nevada and Kansas — might be of particular interest to buyers.

“Those are pretty new plants so those probably have some value,” said Joshua Sosland, editor of the Kansas City-based trade publication Milling and Baking News. “But there’s overcapacity in the industry, so a lot of these plants should just shut down. If you look at trends in the commercial baking industry, you see sales have drifted lower, and then you add to that the upgrades in these plants, with more efficient lines, which increases your capacity.”

But beyond its physical assets, there is a chance the company’s iconic brands could survive.

“You could sell a brand, sure,” Sosland said. “The brands, they’re definitely diminished from what they were in their prime, but they’re still iconic brands with large footprints and a committed following. There’s value there.”

One company that might be interested in the Wonder bread brand, analysts said, is Flowers Foods, based in Thomasville, Ga., which owns the Sunbeam and Bunny brands.

“Twinkies — that could be revitalized with the right owner, but Wonder bread will be more challenging,” said Bob Goldin, executive vice president of the Chicago-based research and consulting firm, Technomic. “Most baking companies already have bread brands of their own. Twinkies might have some appeal to Tastykake, or anyone in the snack arena.”

If more factories making Hostess breads and cakes shut down in the coming weeks, there’s a possibility that the goods might disappear from store shelves, at least in some areas. That would be a dangerous scenario for the company as it tries to sell off brands.

“If Twinkies are off the shelves for a couple of weeks, there’s a chance people will just forget about them,” Sosland said.

Lisa Brown is a reporter at the Post-Dispatch covering banking and other business news. Follow her on Twitter @LisaBrownSTL and the Business section @postdispatchbiz.

Hostess expects the wind-down to take about a year.

How to avoid being scammed while using payment apps

How to avoid being scammed while using payment apps

A bakery outlet store on North Broadway next to the Hostess plant in St. Louis was temporarily closed on Monday, Nov. 12, 2012, due to the bakers’ union strike, according to a sign posted on the window. By the end of the week, the whole company was done. Photo by Lisa Brown, lbrown@post-dispatch.com

Striking Hostess bakers’ union members from Columbus, Ind., are joined on Monday, Nov. 15, 2012, by local union members at the St. Louis Hostess plant who honored the picket line and remained on the sidewalk. Photo by Lisa Brown, lbrown@post-dispatch.com