Two plans to redo the former St. Luke's hospital on Delmar
0 comments
Share this
{{featured_button_text}}
1 of 2 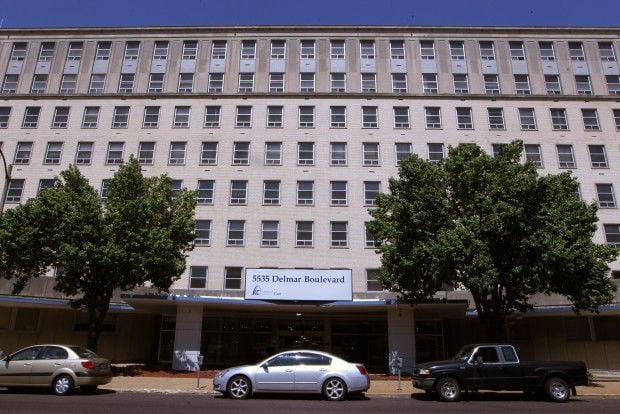 ConnectCare, the old Regional Hospital at 5535 Delmar Boulevard, will be closing down specialized care. Urgent care will remain. Photo by Christian Gooden, cgooden@post-dispatch.com

Most recently the old hospital at 5535 Delmar was the site of St. Louis ConnectCare, which filed for bankruptcy in 2013. The city’s Land Clearance for Redevelopment Authority owns the vacant building complex.

The other proposal, called Grand Missourian International, is from Prad Sabharwal, managing director of Ananta Advisors, an international real estate investment firm based in St. Louis.

Sabharwal and Bob Clark, who is not related to Maxine Clark, made separate presentations about their projects Jan. 24 at a two-hour closed meeting of the LCRA board. Otis Williams, executive director of the St. Louis Development Corp., said afterward the board will get more information before deciding which project to support.

Both projects propose renovation of the existing buildings.

Grand Missourian International plans include apartments, a movie theater and workshops for makers of clothing, home furnishings and other items. Among the firms involved in the proposal is Tropicana Leisure Hospitality, an international resort developer based in Mumbai, India.

The project would produce 500 jobs, according to the presentation to the LCRA board.

Sabharwal declined this week to discuss his project. He said through a spokesman he would speak about the plan after the LCRA board selects one of the proposals.

She said some of Delmar Divine’s 160 apartments could provide affordable housing for Teach for America participants.

Clark, who has focused on education issues since retiring from Build-A-Bear in 2013, said Delmar Divine could be a base of operations for nonprofit organizations unable to afford pricier offices. She said she began considering such a project years ago and recruited Bob Clark, a longtime acquaintance, to the effort.

“We’re both get-it-done people,” she said.

Clark said their project’s name is a reference to the “Delmar divide,” the oft-cited description of the race-and-wealth line that splits the city between the mostly poor and nearly all black north and the wealthier, mostly white south.

Clark is chief executive of the Clark-Fox Family Foundation, which aims — in its words — to “fund the future of St. Louis through education, community initiatives, and economic development.”

She said Delmar Divine residents and businesses would benefit from the Loop Trolley streetcar line, which is a block west of the old hospital, and two MetroLink stations in the vicinity.

Bob Clark said Thursday that Delmar Divine is more of a “community gesture” than the projects Clayco typically undertakes. He said that clustering nonprofits at the Delmar site could allow them to share some facilities, such as conference rooms, and exchange ideas.

The two redevelopment proposals resulted from the city’s decision to market the former St. Luke’s hospital, which dates to 1904.

St. Luke’s occupied its first building on Delmar in 1904, with additions constructed as needed, according to a neighborhood history Norbury Wayman wrote for the city in the 1970s.

Hospital expansion occurred after the Presbyterians joined the Episcopal church in supporting the hospital, according to Wayman, an artist and historian. More sections were added until the large building that faces Delmar was completed in 1969.

The nonprofit ConnectCare opened in 1998 to replace the St. Louis Regional Medical Center operated by the city and St. Louis County. St. Luke’s opened its current hospital in Chesterfield in 1975 and moved the last of its Delmar operations there a decade later.

ConnectCare, the old Regional Hospital at 5535 Delmar Boulevard, will be closing down specialized care. Urgent care will remain. Photo by Christian Gooden, cgooden@post-dispatch.com