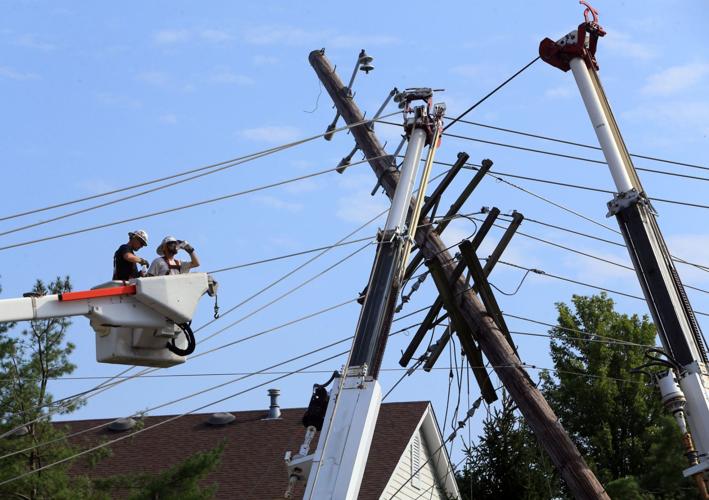 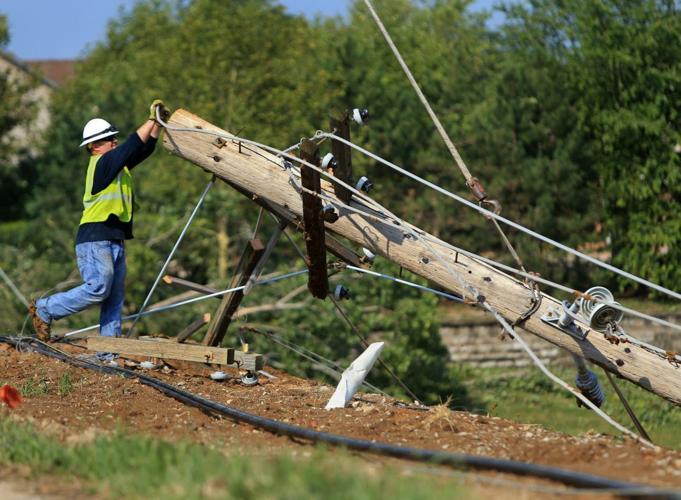 Missouri utilities are pushing for sweeping changes to state law that would limit the discretion regulators have over electric rates and allow for annual adjustments, which the companies say will encourage more investment in the electric grid.

Led by St. Louis-based Ameren Corp., the utilities argue that a new regulatory framework is needed to spur faster replacement of decades-old infrastructure and installation of advanced technologies such as “smart meters” that let ratepayers better manage their energy.

Draft legislation circulating in Jefferson City would let utilities opt in to a system of annual updates to electric rates set by predetermined criteria, allowing them to more quickly recoup increases in expenses and investments in the grid.

“Things have to change to support an aging infrastructure,” Ameren CEO Warner Baxter said Thursday during a meeting with the Post-Dispatch editorial board.

Under current law, utilities must file a rate case and face nearly a year of scrutiny from the Missouri Public Service Commission and its staff to win an electric rate increase. The PSC determines a model year to base new rates on, and it has broad discretion over the return on equity, or profit, utilities can earn.

The proposed legislation, sponsored by Sen. Ryan Silvey, R-Kansas City, and co-sponsored by Senate President Pro Tem Ron Richard, R-Joplin, would allow utilities to set rates based on what they spent in the prior year. Rates would be based, in part, on a financial report, with several adjustments, that the utilities already are required to file with federal regulators. And allowed profit would be determined by a strict set of guidelines.

The PSC now allows Ameren Missouri to earn a 9.53 percent return. The legislation calls for 9.45 percent with the opportunity for utilities to add two-tenths of a percentage point if they meet performance criteria on outages and customer service.

Ameren has pushed for similar legislation before, also citing the need to replace aging infrastructure. But this time, its biggest customer and longtime opponent in the Legislature isn’t fighting back.

Noranda Aluminum, which operates the massive aluminum smelter in New Madrid, sent a joint letter with Ameren to Missouri lawmakers supporting the legislation. Noranda, which filed for bankruptcy this month and plans to close the smelter next month, would get a special, lower electric rate in the proposed legislation.

A lower electric rate gives Noranda, which used to buy 10 percent of Ameren’s power, a better chance of restarting the smelter, the two companies argue.

But Diana Vuylsteke, a Bryan Cave attorney who represents Missouri Industrial Energy Consumers, a group of major power users in the state, called Noranda a “dying hostage” that wouldn’t even be affected by the legislation if it shuts down.

Her organization has reviewed a draft of the proposed legislation, and opposes it. “You’re just basically gutting the PSC,” she said.

Ameren executives, joined by representatives of Kansas City Power and Light and Empire District Electric in the Joplin area, are scheduled to meet with the PSC on Monday about the legislation.

Big investments are on the horizon to serve a population that has spread out from the urban core, Ameren argues. It also must comply with environmental regulations expected to force the replacement of aging coal power plants. It can take two years before rates are reset to account for those costly investments, Ameren says.

Consumer advocates, though, point out that Missouri law already requires utilities to require safe and reliable service. And the delay, known as “regulatory lag,” is the mechanism that makes sure monopoly utilities keep costs down and don’t build just to add to the assets they can earn a return on.

However, the old “safe and reliable” standard may not be enough to attract enough investment to modernize the grid, he added.

Baxter, Ameren’s CEO, likened it to Interstate 70 or other infrastructure that isn’t in obvious disrepair. People accept that the state’s roads need upgrading, he said, and there’s no need to wait until a series of failures harms the grid’s reliability.

But Vuylsteke said Ameren hasn’t swayed her clients that there’s a need for more infrastructure investment.

“They’ve provided no need, no justification,” she said. “They have a very superficial argument that they need more money for infrastructure investment.”

The legislation is modeled after Illinois, where Ameren Missouri’s sister utility operates. There, near-automatic increases in rates have occurred since lawmakers changed the rules in 2011. Former Gov. Pat Quinn vetoed the legislation, calling it a “political gift” to utilities. He was ultimately overridden.

Ameren Illinois, however, says that it has put an additional $500 million into electric and gas distribution improvements since then and that rate increases have become more predictable.

The utility points to caps in the legislation that would limit rate increases to 2 percent for the first two years and 4.75 percent thereafter. But Vuylsteke called those caps “illusory” because they exclude increases for expenses such as environmental compliance, expected to be large in coming years. Rate reductions due to the caps can also be deferred and recovered in future years.

The time between a utility investment and the time regulators set rates to recover it has always been an issue for utilities, said Paul Patterson, a utilities analyst at Glenrock Associates LLC in New York.

But “recently, with the large capital investment projects identified by companies, there’s probably been a little more of an effort to” minimize it.

“There’s no question that there’s been a big effort, and a somewhat successful one, in getting more contemporaneous and quicker recovery of investments in rates,” Patterson said.

Editorial: Be careful fixing a utility regulatory system that might not be broken.

Ameren's push for a massive overhaul of utility regulation is unnecessary and would help boost the company's profit margin at customers' expense.

The filing under the state's formula rates law comes as Ameren Corp pushes a similar regulatory structure for Ameren Missouri.

The Missouri Senate must pay attention to the concerns of major industrial companies in the state — including Monsanto, Boeing and Anheuser-Busch InBev — who warn that a pending bill favoring the state's three biggest electric utilities could kill jobs and harm their ability to compete. It's time to resist the utilities' major lobbying push and give Senate Bill 1028 the skeptical review it so richly deserves.

PSC says existing policy is confusing and cumbersome and makes it difficult to weigh in during legislative debates on utility regulation.