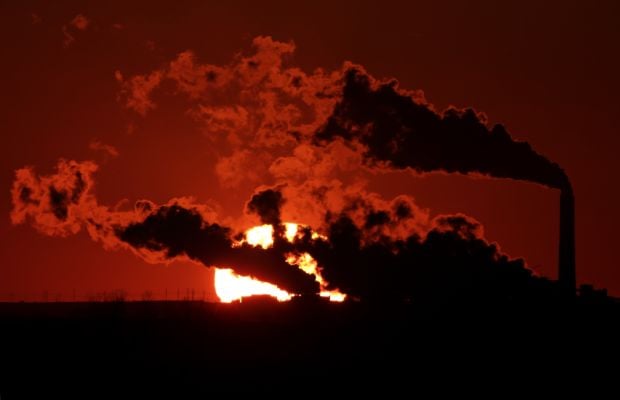 In this March 8, 2014 file photo steam from the Jeffrey Energy Center coal-fired power plant is silhouetted against the setting sun near St. Marys, Kan. As President Barack Obama prepares to announce tougher new air quality standards affecting coal-fired power plants, lawmakers in about a half-dozen state already have acted pre-emptively. Not to toughen their own standards, but to make it tougher to enforce the new federal ones. (AP Photo/Charlie Riedel, File) 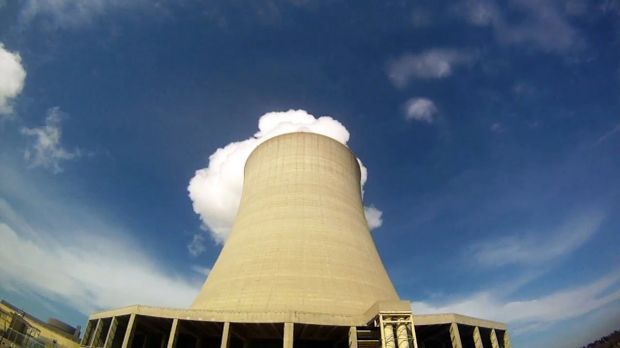 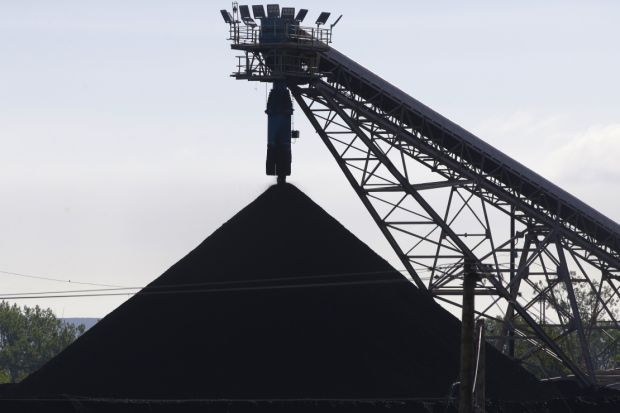 A hill of coal is seen at the North Omaha Station, a coal-burning power station, in Omaha, Neb., Monday, June 2, 2014. The Obama administration on Monday unveiled a plan to cut earth-warming pollution from power plants by 30 percent by 2030, setting in motion one of the most significant actions to address global warming in U.S. history. (AP Photo/Nati Harnik)

Coal is under fire, gas and wind are blowing up, and consumers may yet wrestle control of power generation from their utilities.

There’s a lot on the mind of your average electric company executive these days, so there was plenty for power sector leaders and their regulators to talk about when they gathered last week in St. Louis.

“Every element of the business model is being challenged and needs to be re-examined,” Brad Kitchens, president and CEO of energy consultancy ScottMadden, told industry representatives at the Ritz-Carlton in Clayton on Wednesday.

He and others were in St. Louis for the annual meeting of the Midcontinent Independent System Operator, or MISO. MISO runs the wholesale electric grid through parts of 15 states from the Gulf Coast up to Canada, connecting excess electricity generation with demand.

It’s made up of utilities, power generators, transmission operators, regulators and other entities involved in the electric industry, including Ameren Corp.’s Missouri and Illinois operations.

While natural gas and renewables dominated the conversation, executives barely mentioned new coal generation, and many were skeptical that carbon regulations alone would solve the nuclear industry’s woes.

“I’ve never seen this much change converging at one time,” said John Bear, MISO’s president and CEO, said during the conference.

The proposed rules, released June 2, include state-specific targets for carbon dioxide reductions. But they give states broad discretion over how to get there, allowing them to either reduce the intensity of carbon per megawatt-hour of electricity or the overall tonnage of carbon dioxide. In addition, states can link up and form regional organizations to meet their carbon targets, likely through some sort of regional cap-and-trade market for carbon pollution permits.

That was the route advocated by Ron Binz, the former chairman of Colorado’s Public Utility Commission and a former nominee to the Federal Energy Regulatory Commission. He withdrew his nomination to the agency after opposition from the coal industry.

“After the dust settles, after the litigation ... the MISO states are going to face an interesting choice, and that’s whether to go it alone or to go as a region,” Binz said during a panel discussion. “I suggest you dust off those old folders that have cap and trade principals. ... The way to apportion responsibility, unless you’re a glutton for bureaucracy, … is through a market mechanism.”

Joseph Goffman, a senior EPA official, said industry innovation will make the plan workable. The agency designed each state’s target with the age of its power plants in mind and the upcoming decisions generators would already be making on replacements.

“Leave no asset stranded was the watchword,” said Goffman, an associate assistant administrator for climate and senior counsel in EPA’s Office of Air and Radiation.

State targets took into account what each state was already doing, he said, and if states keep “doing what they’re doing ... virtually all states will be a good way down the road toward meeting their respective targets.”

While he sought to portray the plan as workable and not overly expensive, he acknowledged a fight is coming.

“Yes the discourse in the coming months will be explosive, and there will be all sorts of allegations of high costs,” Goffman said.

The criticism, though, is likely to come from all sides. More progressive states that started reducing carbon pollution on their own are, for the most part, being asked to do more, while coal-heavy states were given less stringent targets. Missouri, for instance, has one of the most lenient requirements in the country, even though about 80 percent of its energy comes from coal.

“We’re in the early stages of the food fight,” said Julien Dumoulin-Smith, the director of equity research for electric utilities and independent power producers at UBS Securities. “The question you’ve got to ask yourself is why some states get away with less reductions.”

With all the fighting expected, he doubts implementation will happen before the middle of the 2020s.

“The story’s far from closed, and the timeline on implementation is something I’m particularly skeptical about just because there’s so many open-ended issues,” Dumoulin-Smith said. “The reality is, it’s going to be much more protracted than seeing implementation in ’17 or ’18.”

When implementation does come, “the path of least resistance” is natural gas, ScottMadden’s Kitchens said, while “the party’s over” for coal.

Ameren Missouri’s coal-heavy fleet has been able to meet new rules curbing sulfur dioxide relatively easily by shifting to low-sulfur coal from the Powder River Basin. That strategy could be a liability going forward.

“Those who have opted to switch to (Powder River Basin) because it was the low-sulfur solution of the moment are now looking back and saying the carbon intensity is just unpalatable,” Dumoulin-Smith said.

But gas generation faces its own unknowns. The fuel’s price-risk was driven home during the polar vortex this winter, when prices spiked amidst regional shortages.

As producers look to renewable energy generation, they have to contend with new competition from their own customers.

Distributed generation, exemplified by residential solar arrays, is being reclassified as a “near-term threat” by some in the industry after its continued growth over the last 12 to 18 months, Kitchens said.

However, utilities are interested in “actively participating in the distributive generating marketplace” through, for instance, financing or leasing rooftop solar arrays in partnership with customers, he said.

“They’re looking for earnings growth opportunities; there’s not a lot of load (power demand) growth,” Kitchens said. “But this is all coming at them so quickly it’s difficult to envision exactly how this is going to work.”

Dumoulin-Smith agreed that “the nature of competition in the business is shifting” due to the rise of distributed generation.

“If they don’t address it pre-emptively, it will sort of overwhelm the utility sector,” he said.

Carbon-free nuclear could be a big help to meeting the new rules, but almost no producers are willing to invest in new nuclear plants. Even existing ones are struggling to stay competitive. Chicago-based Exelon, for instance, has said it may have to close some nuclear plants in Illinois due to competition from cheaper wind and natural gas.

“If states are going to be serious about hitting these targets, they’ve got to act today to keep the nuclear portfolio intact,” Dumoulin-Smith said.

Meanwhile, electricity demand in the MISO region is growing, albeit slowly. But what that looks like years in the future, with big energy efficiency pushes expected, is yet another unknown the industry isn’t used to contending with.

The clock is ticking on climate cataclysm

The modern remake of “The Day the Earth Stood Still” posits that mankind, at the brink of destruction, changed and saved itself. Of course, te…

Coal industry faces another hit under EPA rules. But it will survive.

The latest proposed carbon rules may change, and future administrations could reverse them.

WASHINGTON • The United States is warming most quickly at two of its corners, in the Northeast and the Southwest, an analysis of federal tempe…

States will decide how they approach goals.

Democrat Enyart, co-chair of House Coal Caucus, among the critics

Political fight, higher costs could come with it

In this March 8, 2014 file photo steam from the Jeffrey Energy Center coal-fired power plant is silhouetted against the setting sun near St. Marys, Kan. As President Barack Obama prepares to announce tougher new air quality standards affecting coal-fired power plants, lawmakers in about a half-dozen state already have acted pre-emptively. Not to toughen their own standards, but to make it tougher to enforce the new federal ones. (AP Photo/Charlie Riedel, File)

A hill of coal is seen at the North Omaha Station, a coal-burning power station, in Omaha, Neb., Monday, June 2, 2014. The Obama administration on Monday unveiled a plan to cut earth-warming pollution from power plants by 30 percent by 2030, setting in motion one of the most significant actions to address global warming in U.S. history. (AP Photo/Nati Harnik)