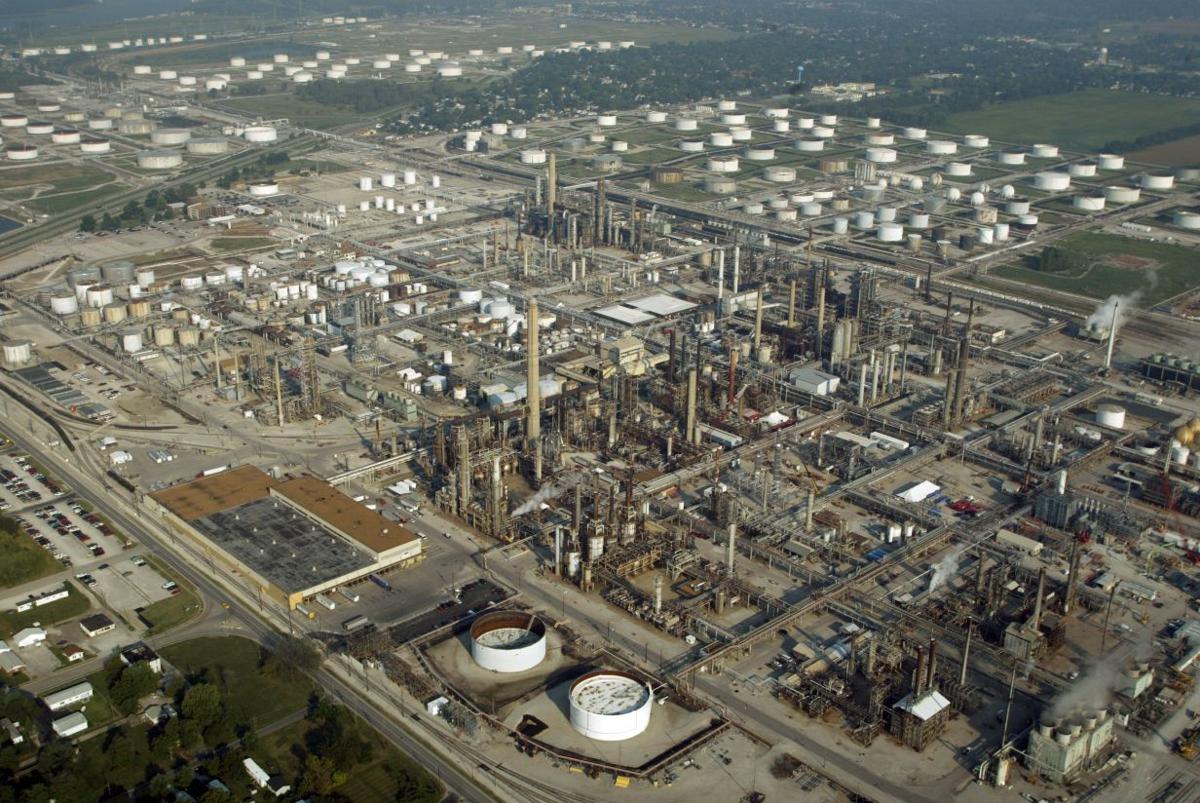 Tuesday September 13, 2005--The Wood River refinery, which is operated by Phillips 66. Photo By David Carson/PD 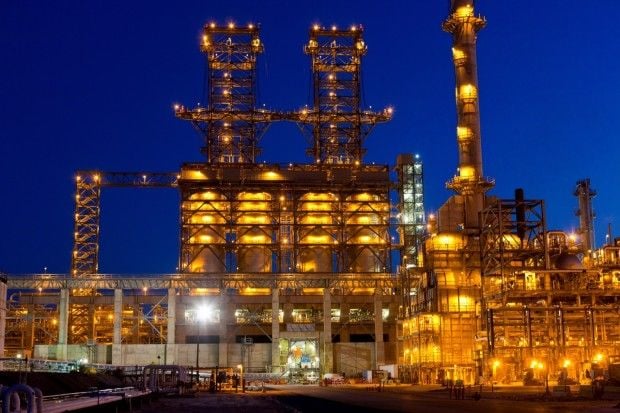 The Wood River Refinery in Roxana is illuminated at night. The refinery is co-owned by Cenovus Energy and Phillips 66. 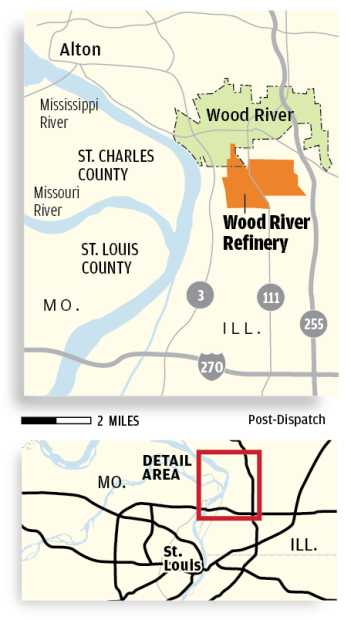 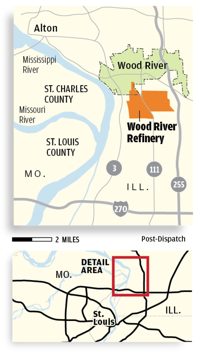 A cooling tower at Phillips 66’s Wood River refinery collapsed on Tuesday night, forcing the plant to shut one gasoline-making unit and run a second one at reduced rates, a source familiar with plant operations said Wednesday.

Workers at the 306,000 barrel per day (bpd) refinery may try to restart the fluid catalytic cracking unit, or FCCU, within the next 48 hours, the source said. The refinery has two such units with capacity of 42,000 and 48,000 bpd, according to IIR Energy data on Eikon. It was not clear which unit was affected.

Phillips 66 spokeswoman Melissa Erker told the Post-Dispatch in an email that the company is “still meeting all of our product supply commitments to our customers in this area.”

“The Wood River Refinery had an operational upset resulting from a loss of cooling from an upset cooling water tower,” Erker said in an emailed statement. “There were no injuries to employees or offsite impacts.”

The company said it was “working to resupply cooling water to the impacted units using redundant cooling water supply from other towers.”

The cooling tower at the refinery is associated with a gas plant, said the source.

The gas unit is responsible for removing toxic and volatile vapors from crude oil as it is refined.

The incident is the latest to hit a U.S. refinery at a time when the industry is processing record volumes of crude oil, seeking to capitalize on robust profit margins driven by tumbling crude oil prices and a revival in oil demand.

An extended outage could drive up regional gasoline prices, which have just begun to cool down after a record surge in early August, when a major BP plant in Indiana was forced to shut its biggest crude unit for unplanned repairs.

That unit restarted over the weekend, earlier than expected.

Jacob Barker of the Post-Dispatch contributed to this report.

The Metro East refinery shut down one of its gasoline units and cut back production at another after a cooling tower collapse Tuesday.

Tuesday September 13, 2005--The Wood River refinery, which is operated by Phillips 66. Photo By David Carson/PD

The Wood River Refinery in Roxana is illuminated at night. The refinery is co-owned by Cenovus Energy and Phillips 66.