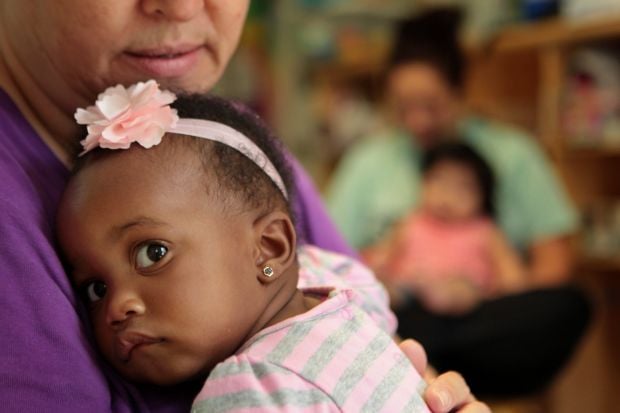 Teacher Janet Koch holds Jaelle Ball, 9-months-old, in the infant room of SouthSide Early Childhood Center, on Friday, May 23, 2014, in St. Louis. Koch is one of two teachers in the room of the state-licensed and accredited center. Photo by Huy Mach, hmach@post-dispatch.com 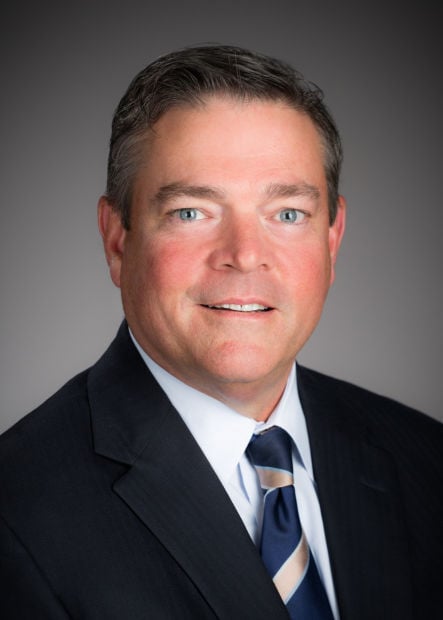 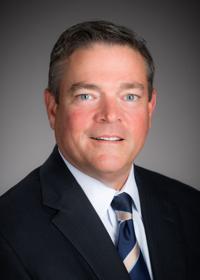 More than half of the region’s child care centers are subpar, and the ones that are high quality are often too expensive for parents who need them the most.

Scully will be the keynote speaker at a public forum Tuesday from 3:30 to 6 p.m. at the Nine Network of Public Media focusing on the importance of services for young children and families, and steps the region needs to take to better invest in its youngest residents. Those services include quality child care and home-visit programs for new parents.

Local early-childhood advocates say St. Louis has fallen behind many other urban areas, particularly in the delivery of affordable quality child care. More than half of the region’s established day cares are not high-quality, said Dawn Winkler, CEO of United 4 Children.

Other cities have seen businesses rally on the issue. In 2011, two business leaders in the Kansas City area formed the Alliance for Childhood Education after having difficulty finding quality local workers. The nonprofit immediately focused on a lack of funding in Missouri for early childhood initiatives, said President Torree Pederson.

In St. Louis, PNC, Emerson, Ameren and a few other companies have made important contributions. But, overall, business support has not developed in a meaningful way, Winkler said.

“It’s not about getting their money, it’s about using their clout to work at the state level,” Winkler said. “Early childhood development is not going to be funded by private business. It has to be funded by the state.”

Tuesday’s forum will make reference to a documentary series airing on PBS titled “The Raising of America.” It argues the U.S. has failed to adequately invest in young children and families, leaving many children — particularly those in poverty — without key services to enhance early brain development and socialization.

The issue also has an economic component. Economist James Heckman of the University of Chicago argues investment in early childhood yields a 7 percent to 10 percent rate of return, far better than the stock market and outpacing remedial and job training programs later in life. He bases his research on studies that find low-income children who get quality child care more often do better in school, need fewer remedial services, graduate and find higher-paying jobs.

Heckman and others note children from birth to age 3 develop 700 neurons a second. Those neurons act as an information superhighway for the brain. But optimal development of that brain architecture depends on positive human interaction and early learning opportunities that can be provided through home visits and child care.

Scully’s keynote address Tuesday resembles an effort six years ago by Parents As Teachers to rally St. Louis businesses. That organization invited area leaders to hear Heckman present his work at the St. Louis Federal Reserve. About 40 attended. Heckman said at the time, “We really spend more money later in the life cycle, and the real return comes from spending more in the early years.”

Scully said the U.S. is failing to compete because of its lack of investment in young children.

“Year after year, since the ’70s, the U.S. has been falling behind other developed nations. And when we put our minds to investment, we find a lot of it needs to be happening in early education, especially from birth to age 5,” he said.

Tuesday’s event will include four panelists, including Jason Purnell of Washington University, lead author of “For the Sake of All.” The initiative focuses on solving segregation and inequity in St. Louis and adverse health outcomes on the African-American community.

Becky James-Hatter, CEO of Big Brothers and Big Sisters of Eastern Missouri and a member of the Ferguson Commission, will speak about needs of young children in the region.

Other panelists are Maya Moody, a pediatrician, and Anne Klein of the St. Louis Regional Chamber.

Editorial: A high school diploma ought to mean something

Good news: More kids are getting their high-school diplomas. Bad news: The diplomas might not mean much.

Teacher Janet Koch holds Jaelle Ball, 9-months-old, in the infant room of SouthSide Early Childhood Center, on Friday, May 23, 2014, in St. Louis. Koch is one of two teachers in the room of the state-licensed and accredited center. Photo by Huy Mach, hmach@post-dispatch.com