Last summer, the seemingly impossible happened: The seats at the Muny went empty, with applause replaced by silence. Because of the pandemic, the outdoor theater — and St. Louis institution — was forced to postpone its season, for the first time in its history.

But this summer, the shows will once again go on.

Yes, the season is starting later than usual, and there will only be five shows instead of seven. Those changes, however, are unlikely to matter much to theatergoers who will just be happy to return to Forest Park and experience the kind of adventurous, high-spirited entertainment that has made the Muny’s reputation.

It all starts July 26 with “Smokey Joe’s Café,” a musical revue that, in this production, will transform the songs of Leiber and Stoller into the soundtrack for a nostalgic romp in St. Louis' legendary Gaslight Square arts and entertainment district.

For the Muny as well as for audiences, the show will represent a new beginning. Also included in this summer’s lineup are “The Sound of Music,” “Seven Brides for Seven Brothers,” “On Your Feet!” and “Chicago.”

“We’re coming out of a pandemic,” says Mike Isaacson, artistic director and executive producer of the Muny. “And all of the preparation, and all of the work, has been very different to ensure safety and communication and making sure everything’s in place.

“Also, backstage, the construction is complete. So the dressing rooms are new, the offices are new, the rehearsal spaces are new — it’s this sort of astonishing moment of rebirth. I thought the 100th (season) would be the marker, but the 103rd year seems to be a very important moment, on many levels that we’re just beginning to understand.”

The stage is also flanked by seven new trees, including oaks, maples and London plane trees. Trees that had stood for years on the Muny stage were removed during construction of the new stage that was unveiled in 2019. And the finishing touch on that multimillion-dollar modernization project — a pair of towering "shell" structures that bookend the stage and can be colored with light — will also make their debut.

Originally, the Muny had planned to move its entire 2020 season to 2021, with a seven-show lineup that also included “Disney and Cameron Mackintosh’s ‘Mary Poppins’” and “Sweeney Todd.” But those shows were once again postponed because of the shortened season.

Ensemble of trees will star onstage this season at the Muny

“The reality of the Muny is that you have to make decisions months ahead of execution,” Isaacson says. “So if you think of what we knew in January of 2021 in terms of COVID, as compared to June of 2021, it’s different planets. As we went along, we had every possible scenario of how to do a season.”

In June, the Muny announced that capacity restrictions had been lifted and that the season would be presented with full audiences. The theater can seat 11,000 people.

Masks are recommended for patrons who aren't fully vaccinated, and concessions and other transactions will be cashless.

“What I’m really happy about is, with each of the five shows, our audiences are going to see full productions,” Isaacson says. “Full sets, full costumes — which, when we were back in mid-March or so, was not necessarily a given.”

Here's a look at three of the shows that will grace the Muny stage this summer.

Even if you’ve already seen “Smokey Joe’s Café,” the musical revue devoted to the work of songsmiths Jerry Leiber and Mike Stoller, you might want to check out the production that opens the Muny season.

That’s because such R&B and rock gems of the 1950s and ‘60s as “Hound Dog,” “Stand By Me” and “Yakety Yak” will be performed against a whole new backdrop: St. Louis’ legendary Gaslight Square.

Marcia Milgrom Dodge, director of the show, says that the legendary arts and entertainment district — which was a go-to destination for hipsters and bohemians from the 1950s to the ‘60s — struck her as an ideal setting for Leiber and Stoller’s groundbreaking hits.

“It was a melting pot of cultures,” Dodge says. “And the environment allows for all sorts of characters to hang out, flirt, fight, shop, dine, drink, and sing and dance in the streets.

“It was the happening place in St. Louis for music and culture in those decades,” she says. “And I’m still going down the research rabbit hole. Every day, I discover something that connects to a choice that we’ve made to illuminate a song.”

In its heyday, the district — situated close to the intersection of Olive and Boyle streets — rivaled New York’s Greenwich Village as a place to catch the latest and hottest in entertainment, playing host to performers from singer Barbra Streisand to jazz trumpeter Miles Davis. Gaslight Square was so popular that it was even featured in an episode of the television drama “Route 66.”

But by the end of the '60s, the district had succumbed to decline and flickered into history.

'The Sound of Music'

Is there anything left to say about “The Sound of Music”? The award-winning 1959 musical about a family that makes a last-minute exit from Austria before the country's annexation into Nazi Germany is among the great American musicals. And it would be hard for any stage production to match the iconic exuberance of Julie Andrews running up a hill at the beginning of the 1965 film version.

Yet the final collaboration between composer Richard Rodgers and lyricist Oscar Hammerstein II — which features such classic songs as “Climb Ev’ry Mountain,” “Do-Re-Mi,” “My Favorite Things” and the title tune — is always ripe for revival and has once again found a place at the Muny. The production will be directed by Matt Kunkel.

In his staging, Kunkel says, he hopes to capture the magic of the show while clearing away the mothballs. It was last presented at the Muny in 2010.

“To me, ‘The Sound of Music’ is really a play with music,” he says, and this production will “breathe new life into it and make it as vivid as possible.”

Kunkel is a familiar face at the Muny, having worked in various capacities on numerous productions: “It’s been my home away from home in the summer.” But “The Sound of Music” is his debut as director of a mainstage show in the summer lineup.

“It is a huge responsibility,” he says. “When ‘The Sound of Music’ first played the Muny in 1964, it actually ran for three weeks. And when they did it again in 1968, it ran for two weeks and always sold out. It’s one of the shows, it seems, that everyone’s most excited to see.”

“Chicago,” the Tony Award-winning musical that closes the Muny season, checks every box.

Although that would seem to call into question the show’s family-friendliness, director-choreographer Denis Jones says this production aims to entertain theatergoers of all ages.

“I feel very strongly that the way the musical is constructed, and the way its themes are examined, are done with taste and humor,” Jones says. “But the Muny has the responsibility to let audiences know what they’re going to experience.”

First produced on Broadway in 1975 and revived in 1996, “Chicago” revolves around jailbirds Roxie Hart and Velma Kelly, who sing and dance their way to Jazz Age celebrity with the help of ethically challenged lawyer Billy Flynn. With music by John Kander, lyrics by Fred Ebb, and a book by Ebb and original choreographer Bob Fosse, the long-running musical inspired the Oscar-winning 2002 film of the same name.

Jones says he’s well aware that some of the folks who come to the Muny production will have seen the film starring Catherine Zeta-Jones (Velma Kelly), Renée Zellweger (Roxie Hart) and Richard Gere (Billy Flynn).

“I want to create a production for the Muny that meets the expectations of people who have seen the Broadway revival, or have seen the film,” he says. “But at the same time, create something that is completely fresh and new. And utilizes all of the great opportunities that the Muny has to offer.”

When 8:15 p.m. nightly • Where The Muny, 1 Theatre Drive, Forest Park • How much $18-$110, plus the first-come, first-served free seats; subscriptions available • More info metrotix.com

The 111 top stars who have played the Muny

Muny heats up with memorable production of 'Smokey Joe's Café'

The Muny comes alive with captivating, storybook production of 'The Sound of Music'

That the classic musical is still capable of charming the most diehard cynic is a tribute to its wonderfully engaging songs.

Capital campaign will support modernization of the stage, technical support and the theater's endowment

The Muny at 100: Our anniversary coverage

This summer, the Muny stages its 100th season of musical entertainment in Forest Park. Few theaters reach such a milestone, and none in the Un… 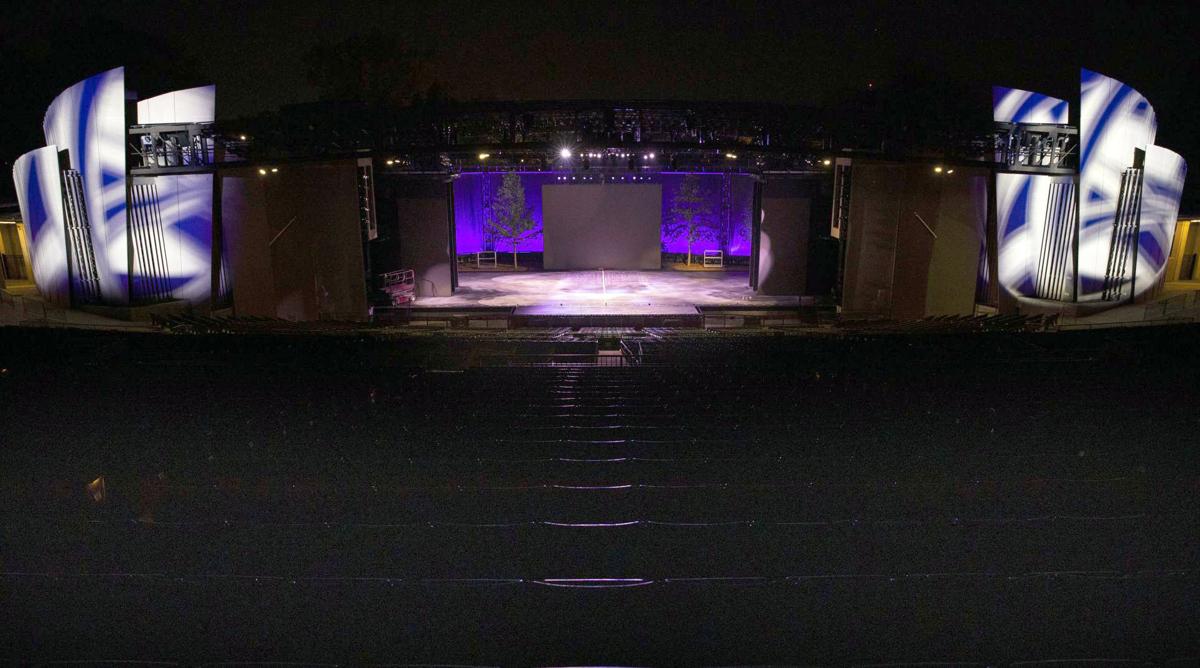 Muny crew members conduct a lighting test on the stage and new "shells" on July 19, 2021. The shells are a new addition since the theater's last season in 2019. 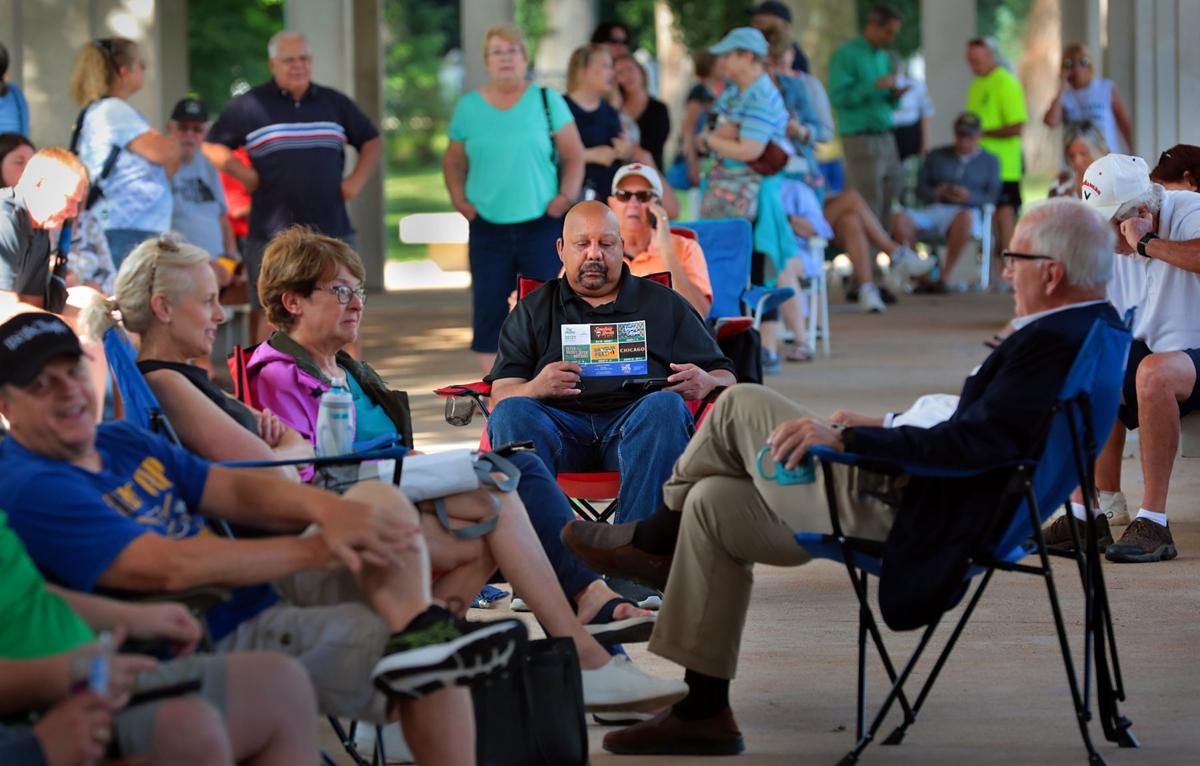 James Dotson (center) of Florissant looks over the Muny 2021 season lineup as dozens of people waited in line at the box office July 12, 2021, the first day of single-ticket sales. 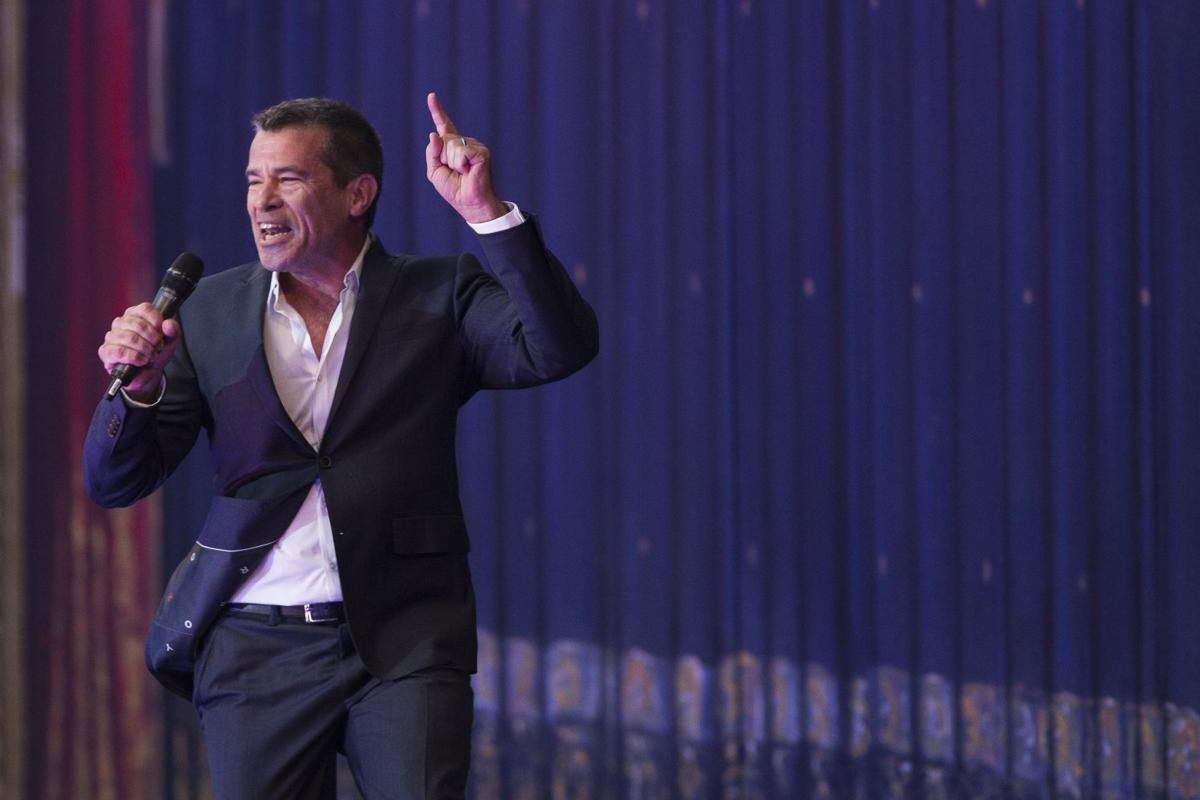 Muny artistic director and executive producer Mike Isaacson greets the audience at the start of the centennial season in 2018. 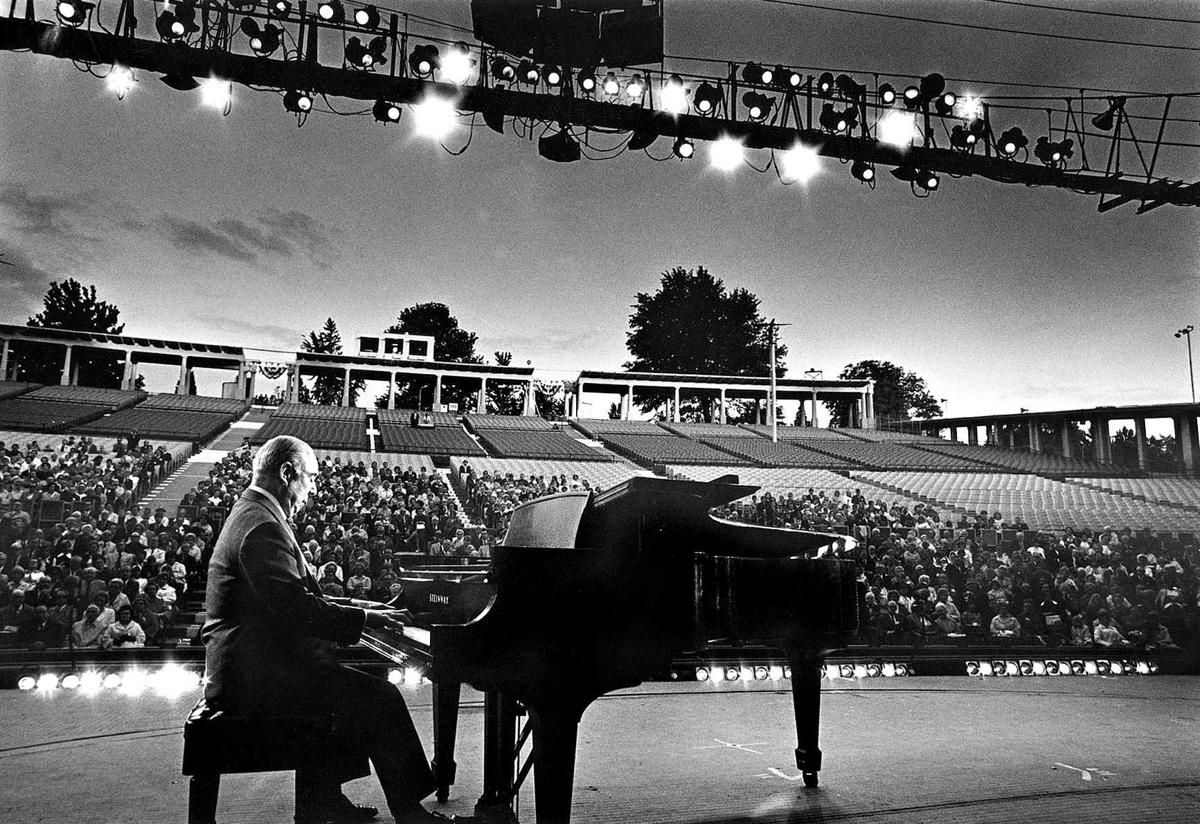 "The Sound of Music" composer Richard Rodgers treats Muny audience members to a short piano concert after a performance of his show "State Fair" in 1969. 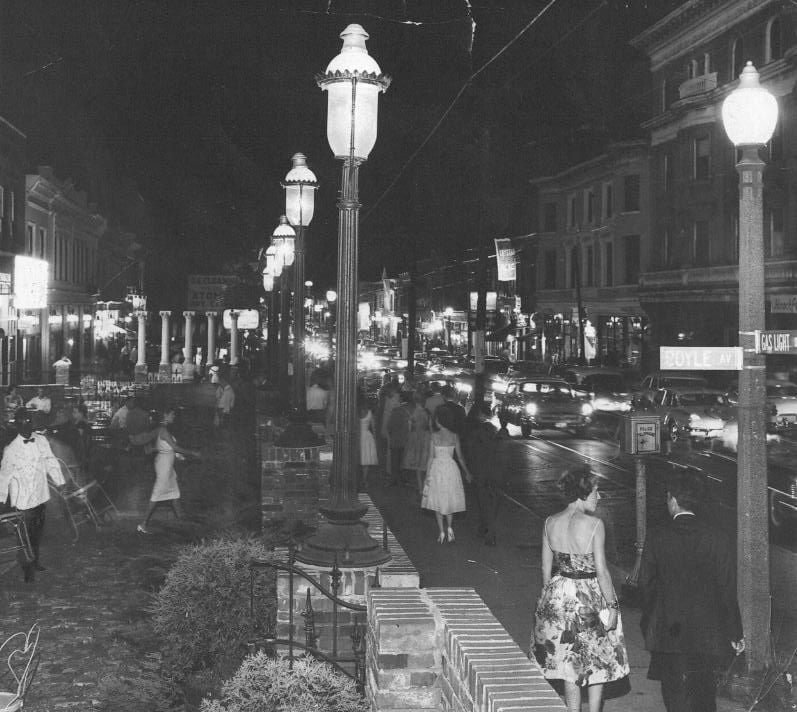 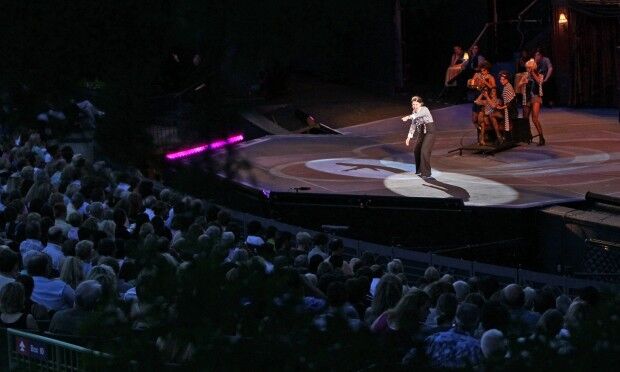 Broadway veteran Jackie Hoffman in the Muny's 2012 production of "Chicago" 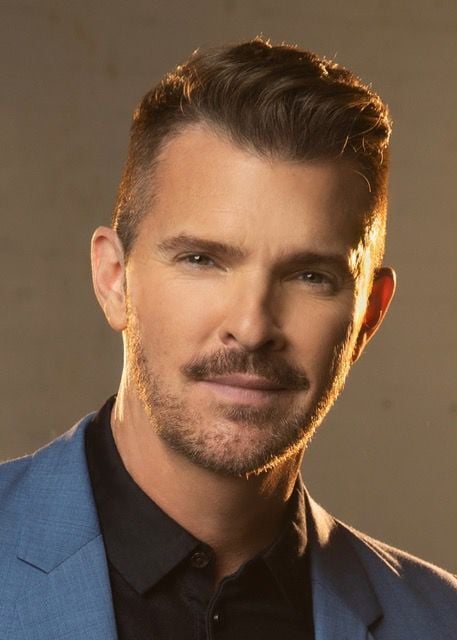