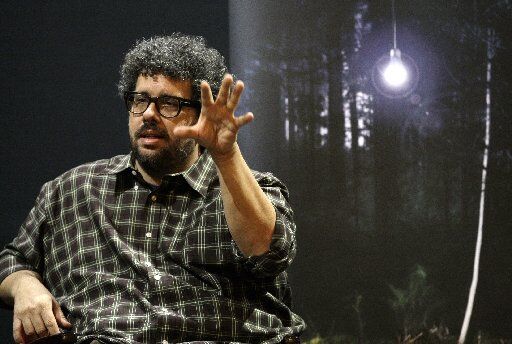 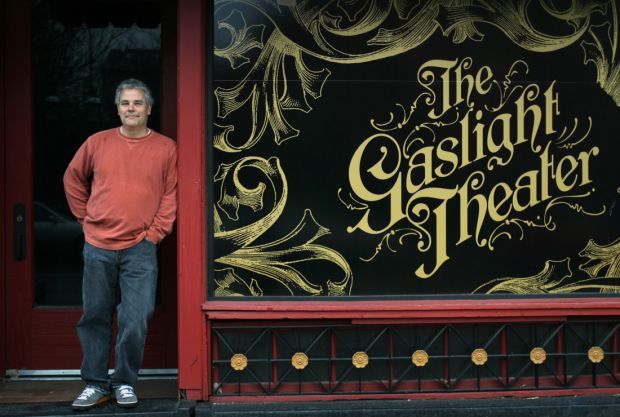 William Roth stands in front of the Gaslight Theater in St. Louis in 2009. Photo by Stephanie S. Cordle, scordle@post-dispatch.com

The LaBute New Theater Festival, presented each summer by the St. Louis Actors' Studio, will be “wintering” in New York City.

William Roth, founder and artistic director of STLAS, said that the three-year-old festival of short new works will play at an off-Broadway theater, 59E59, from Jan. 13 to Feb. 7, 2016. Last year STLAS also performed at 59E59, remounting its St. Louis production of “Day of the Dog,” a world premiere by Daniel Damiano.

The New York production will be “a major growth step for STLAS and the festival,” Roth said. “We're very excited.”

Named for noted playwright Neil LaBute, who has written a short new play for each festival, the 2015 LaBute New Theatre Festival will run this summer at the Gaslight Theater, home to STLAS. This year's finalists will be announced soon. Over 250 plays from around the world were submitted. The St. Louis festival will also again include an afternoon of short plays written by high school students.

Roth said that he hopes that the New York show will include actors and other theater artists who have been part of the St. Louis festival; he is still working on the budget.

The New York festival will feature a new short play by LaBute as well as six plays from the 2013 and 2014 festivals. They are “Two Irishmen Digging a Ditch” by GD Kimble, “Present Tense” by Nancy Bell and Peter Grandbois, “Blue Lagoon” by Thomas Pierce, “Coffee House Greenwich Village” by John Doble, “Comeback Special” by JJ Strong and “Cut” by Daniel Damiano.

With 'Art' and the female 'Odd Couple,' the fault lies in their scripts.

William Roth stands in front of the Gaslight Theater in St. Louis in 2009. Photo by Stephanie S. Cordle, scordle@post-dispatch.com