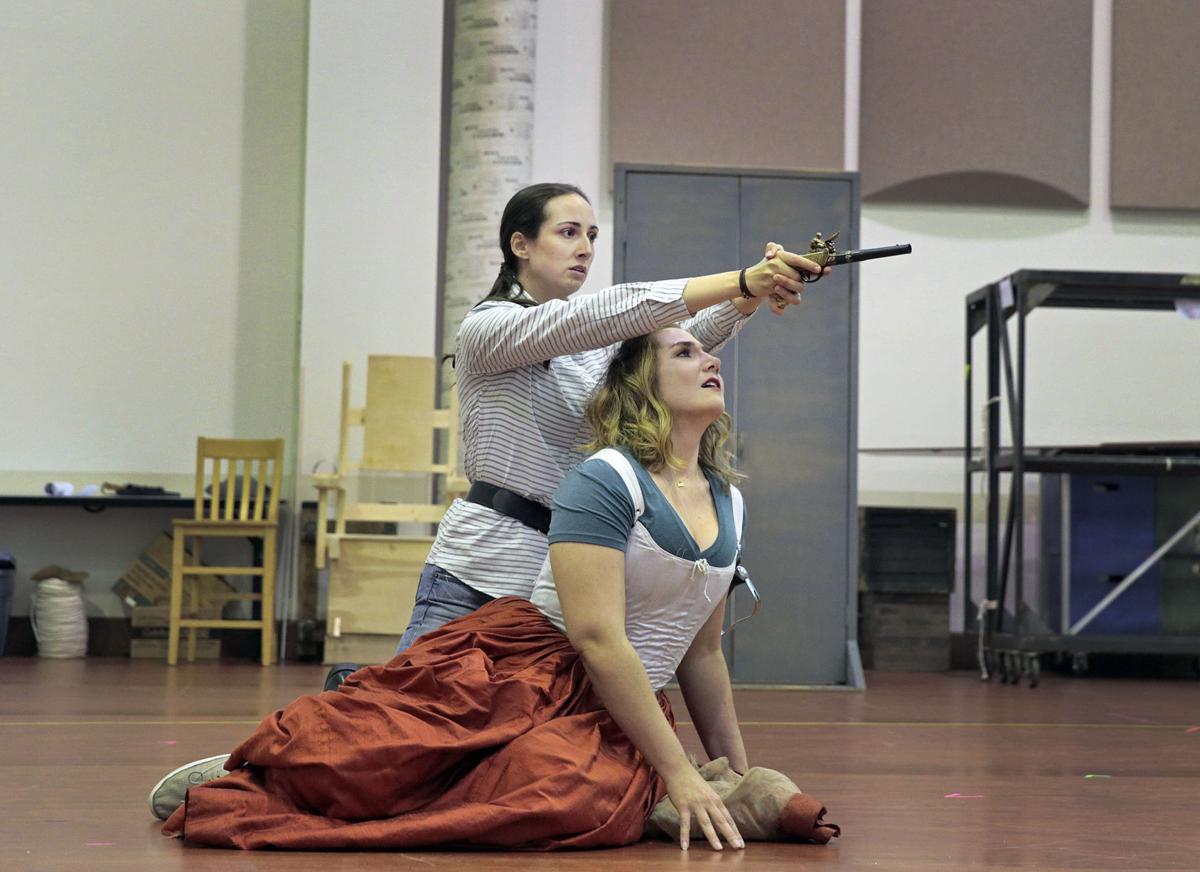 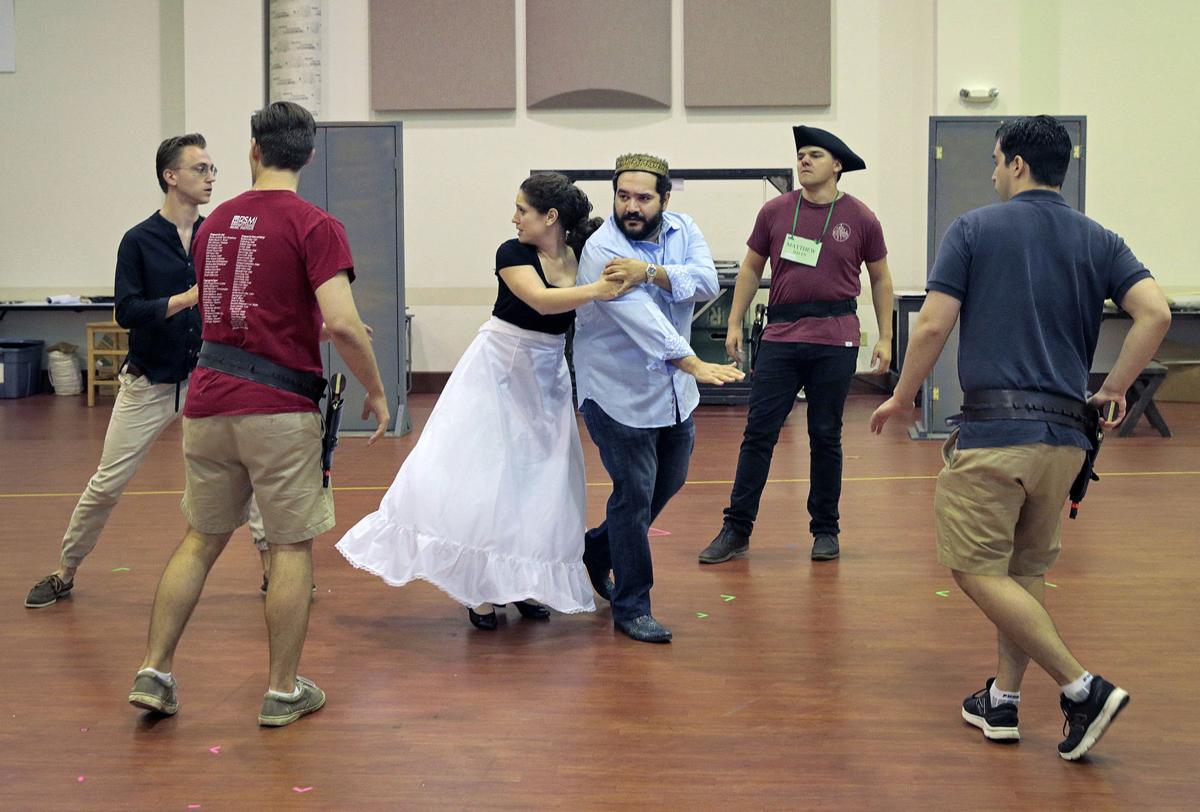 “Titus” (better known as “La Clemenza di Tito,” “The Clemency of Titus”) was composed in 1791 in about three weeks. Mozart wasn’t the first choice of composer; that was Antonio Salieri. But Salieri was too busy, so the commission went to Mozart. Mozart had finished most of “The Magic Flute” and accepted the gig.

Written for the coronation of the Holy Roman Emperor Leopold II as King of Bohemia, it’s based on an account in “The Twelve Caesars,” by the Roman historian Suetonius. The libretto was a warhorse written by the prolific Pietro Metastasio (1698-1782), but it was edited, shortened and much improved by the poet Caterino Mazzolà.

The plot is set in motion by Vitellia, whose father, the emperor Vitellio, was deposed by Vespasian, Titus’ father. Titus is now emperor. Vitellia seeks revenge and talks Titus’ friend Sesto into assassinating him. Sesto dithers but, with accomplices, burns down the Capitol. Sesto and Vitellia confess; Titus pardons them.

It contains some of Mozart’s finest arias, including Sesto’s “Parto, parto, ma tu, ben mio,” with a famous accompaniment for basset horn (a clarinet with extra low notes and a darker sound). “Titus” is a showpiece for singers, and that’s why Lord chose it.

“I wanted to do a piece that would feature people whose careers I was instrumental in beginning,” Lord says, including former Gerdine Young Artists Laura Wilde and Cecelia Hall, and singers whose careers he boosted, like tenor René Barbera, who plays Titus. “It’s a fitting way to end my tenure as music director here, so we can all reunite as grown-up professionals.”

Stephen Lawless directed OTSL’s 2008 production of William Walton’s “Troilus and Cressida” but says: “I have never, unbelievably, worked with Stephen Lord, who is a conductor I’ve admired from afar for a long while. I’m absolutely thrilled that I’m doing his last show here; he’s a wonderful collaborator-colleague.”

Lawless is also pleased to be directing “Titus,” which he calls “basically a kind of political thriller: Who shot the emperor? It’s short, it’s fast-moving, so that’s the way we’ve approached it. I’m overjoyed that St. Louis offered to do it because of the richness of it, the characterizations.”

It’s his second production of the opera (the first one was seen at Dallas Opera, Minnesota Opera and the Royal Opera House, Covent Garden), “and it’s always struck me, in a sense — because it is an opera about assassination — that it has a very curiously American slant to it. What we’ve tried to do is take some of the iconography of ancient Rome and revolutionary America and conflate the two.”

Lawless and his set and stage designer, Leslie Travers, have put “Titus” in the late 18th century. (“I just don’t see something this political in togas,” he says.) The characters are complex and have universal aspects.

Sesto, he says, “is in many ways Mozart’s Hamlet, caught between trying to appease the woman he loves or betray his closest friend. It does have that sort of Hamlet-like dilemma and that kind of Hamlet-like indecisiveness, which is not weakness. It’s just that it is a huge debate within him, which way to go with it.”

Lawless compares the “wonderful character of Vitellia” with Elvira in Mozart’s “Don Giovanni,” “this mixture of the serious and the slightly ridiculous. And, of course, (Titus) is very much the man who would not be king, somebody who is temperamentally not suited to the job of ruler. That’s fascinating because mercy, clemency, forgiveness, whatever you call it, is not easily given or easily won.

“Titus is naturally a dove. I think that by the end Titus has literally gone from being a dove, a peacemaker, to something much darker.”

“Titus” is an opera seria (“serious opera,” as opposed to “opera buffa,” or comic opera), a form that was on its way out by the late 18th century. Opera seria is typically focused on arias; this one has ensembles as well.

“The other thing about opera seria,” Lawless says, “is that it isn’t all doom and gloom. What the 18th century admired dramatically was wit and lightness, and there is humor and wit and lightness in this as well as the seriousness.”

Other than the time period and “American slant,” Lawless doesn’t want to give away the production’s concept. He does note that he was in New York on 9/11 and suggests that that horrific experience was an influence on this production.

A guide to the Opera Theatre of St. Louis 2017 season