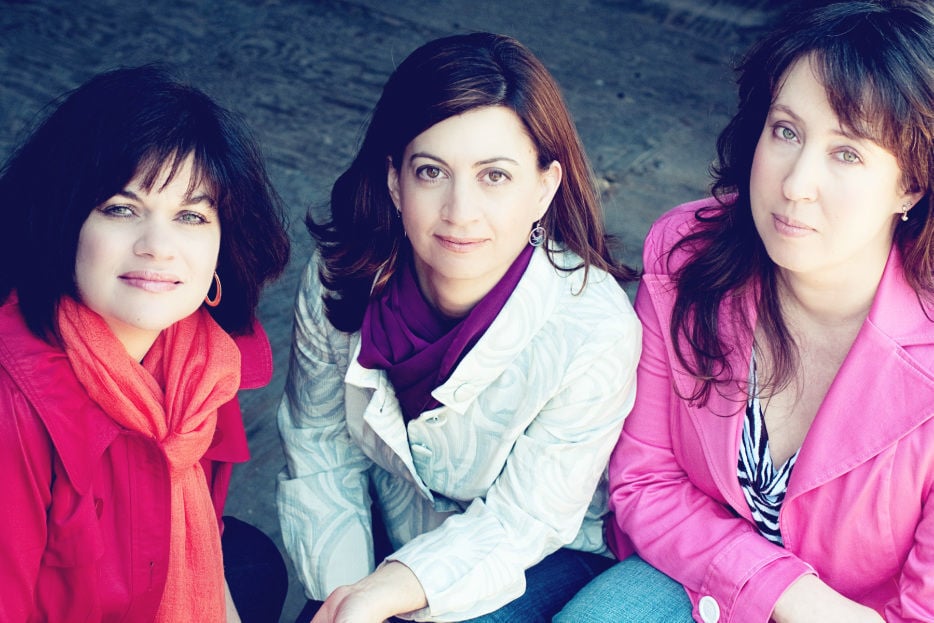 Scott Andrews and Nina Ferrigno are co-directors of the Missouri Chamber Music Festival.

The Missouri Chamber Music Festival, which closed its 2015 edition on Sunday, is a local treasure that ends too quickly each year.

On Saturday evening, MOCM gave a program at the First Congregational Church of Webster Groves that exemplified the kind of satisfying work this festival has to offer. Entitled “Trios of Darkness and Light,” it featured six musicians in different configurations, performing four works each written for three instruments, in a variety of moods.

The first two trios on the program were definitely on the sunny side: Francis Poulenc’s “Trio for Oboe, Bassoon, and Piano, op. 43,” and Jacques Ibert’s “Five Pieces for Oboe, Clarinet, and Bassoon.”

Poulenc’s familiar “Trio” is an enjoyable entertainment, written for a good combination of instruments. The first movement is slightly snarky and a lot of fun; the second is lovely and lyrical; the third is simply a delight. It received a fine performance from St. Louis Symphony Orchestra oboe Philip Ross, Los Angeles Philharmonic associate principal bassoon Shawn Mouser and MOCM co-director Nina Ferrigno, piano.

The Ibert switched out Ferrigno for her husband and co-director, SLSO principal clarinet Scott Andrews. The moods in its five brief “pieces” run the gamut from the humorous to the pensive, the jolly and the gentle, with what might have been a drinking song at the end, in a delightful performance.

The main event was the local première of Derek Bermel’s “Death with Interruptions,” for piano trio. It was commissioned for the Calyx Piano Trio (Ferrigno, violin Catherine French, cello Jennifer Lucht), and they have clearly invested a lot of time and effort in giving a fascinating work the best possible performance.

Based on the novel by Portuguese writer Jose Saramago, it varies from an old-fashioned Romantic theme — something one might hear in a 19th-century parlor — to low-slung density and jazzy bits, always with a quiet heartbeat that finally slows and stops at the piece’s end. It was fascinating and involving, and would reward further hearings. The women of Calyx made a first-rate case for it.

The best known (and longest) work of the evening was Antonin Dvorak’s “Piano Trio in F minor, op. 65.” It’s one of Dvorak’s most important chamber works, a move away from his provincial Bohemian roots toward a more pan-European style, and French, Ferrigno and Lucht showed why it’s so well-regarded, with a reading that held the listener closely.

A good chamber group works almost as if by telepathy, and the members of Calyx definitely have that connection, communicating by the slightest of nods and almost unnoticeable glances. It was a pleasure to watch them perform, as well as to hear them, in a worthy conclusion to a highly enjoyable evening.

Kate Beckinsale has never gone on a date

The $13 million exhibit expands outdoor habitats and way of life for the zoo’s monkeys and lemurs.

Scott Andrews and Nina Ferrigno are co-directors of the Missouri Chamber Music Festival.