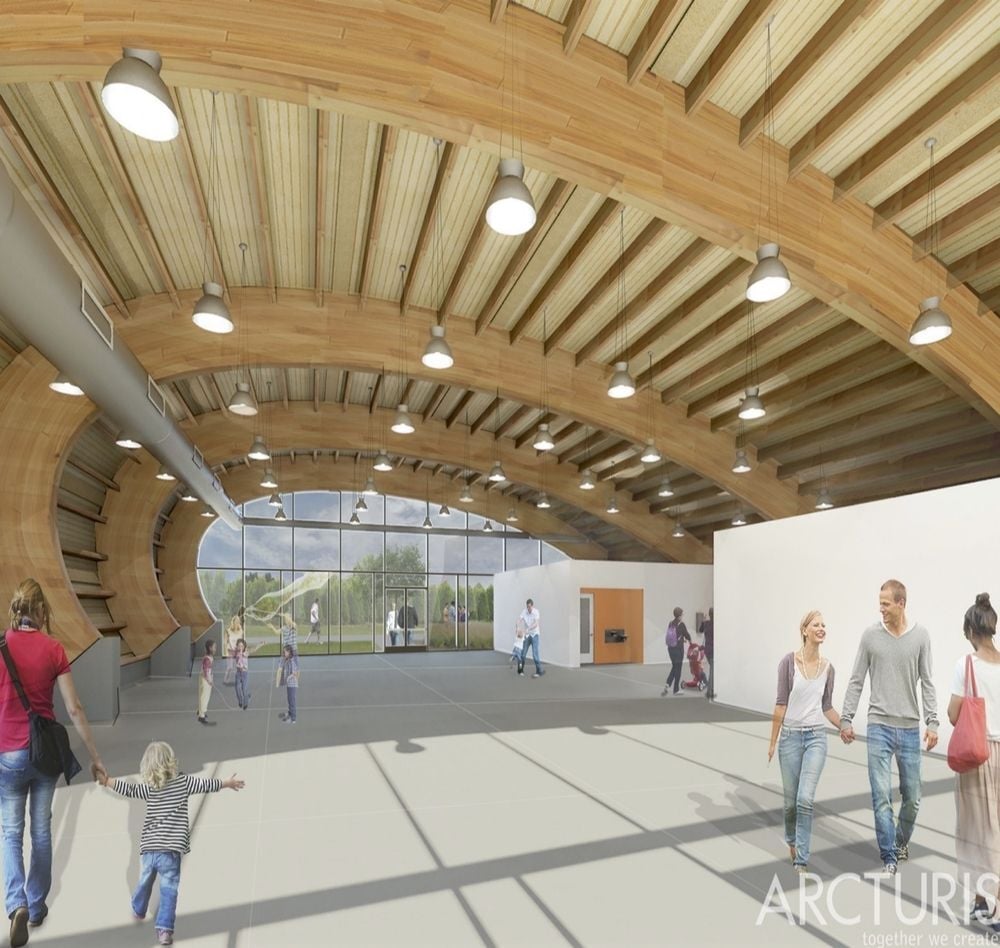 The St. Louis Science Center's permanent exhibit "GROW" will include more that 40 exhibits incorporating chemistry, economics, life sciences, culture and technology. It is expected to open in summer 2016.

Editor's note: This story has been updated to correct the spelling of Arcturis.

The St. Louis Science Center announced details Monday of a new one-acre permanent exhibit on agriculture. Titled “GROW,” it will teach about “food from farm to fork.”

The $7.3 million project will be paid for primarily by private donations and bond money from 2014 and in part by a grant from the National Science Foundation. It is expected to open next summer. The first major addition of a permanent exhibit at the center since 1991, when the facility’s main building was constructed, it will be built on the former Exploradome site, at 5050 Oakland Avenue.

The idea for GROW arose before the by-then-outdated Exploradome was deflated in 2013, said Science Center president and CEO Bert Vescolani, who began his job in December 2011. In talking about possible new exhibits, he said, the staff realized that with the global population expected to rise from 7 billion to 9 billion by 2050, a major increase in global food production will be required.

“We got excited about things that were happening in food and agriculture,” Vescolani said in a telephone interview. “We tested it with our scientific advisers, and it resonated with everyone.”

GROW, which will include more that 40 exhibits incorporating chemistry, economics, life sciences, culture and technology, will be open year-round. Along with an introduction to farming, there will be facts about water, weather and how plants work, and a greenhouse with a working aquaponic farm, in which fish fertilize the plants.

There will also be bees and the Fermentation Station, where visitors can experience what Vescolani called “the power of using microbes and the unique environment that these little critters live in to make the things we love, like cheese and wine and beer,” both during regular hours and as “after-hours opportunities to show off.”

Along with a large running tractor, GROW will have a flock of chickens, and a do-it-yourself farming area. The idea, said Vescolani, “is to learn more about the food that we eat.”

Most of the project will be outdoors, with interactive exhibits designed by Oakland, Calif., firm Gyroscope, and activities. Renowned architect Gyo Obata, working as the lead designer with architecture and design firm Arcturis, will design a pavilion containing permanent classrooms. (In April 2014, Zoo-Museum District board member Pat Whitaker resigned from the board after revelations that the Science Center had awarded Arcturis, her company, a contract worth tens of thousands of dollars.)

GROW seems to be a unique concept. Normally, when a new exhibition is considered, “we look around to see who’s done it really well,” Vescolani said. “But there’s not another exhibit like this anywhere in the world that we know of. Some science centers around the country have done something about farming, but nothing like this.”

Busch trial on Grant's Farm must wait for next year

The schedule shouldn't affect a zoo push in the Missouri Legislature for authority to seek a new tax.

The St. Louis Science Center's permanent exhibit "GROW" will include more that 40 exhibits incorporating chemistry, economics, life sciences, culture and technology. It is expected to open in summer 2016.