'Dreaming Zenzile' at Repertory Theatre of St. Louis is latest project for top director
0 comments
Share this
{{featured_button_text}}
1 of 3 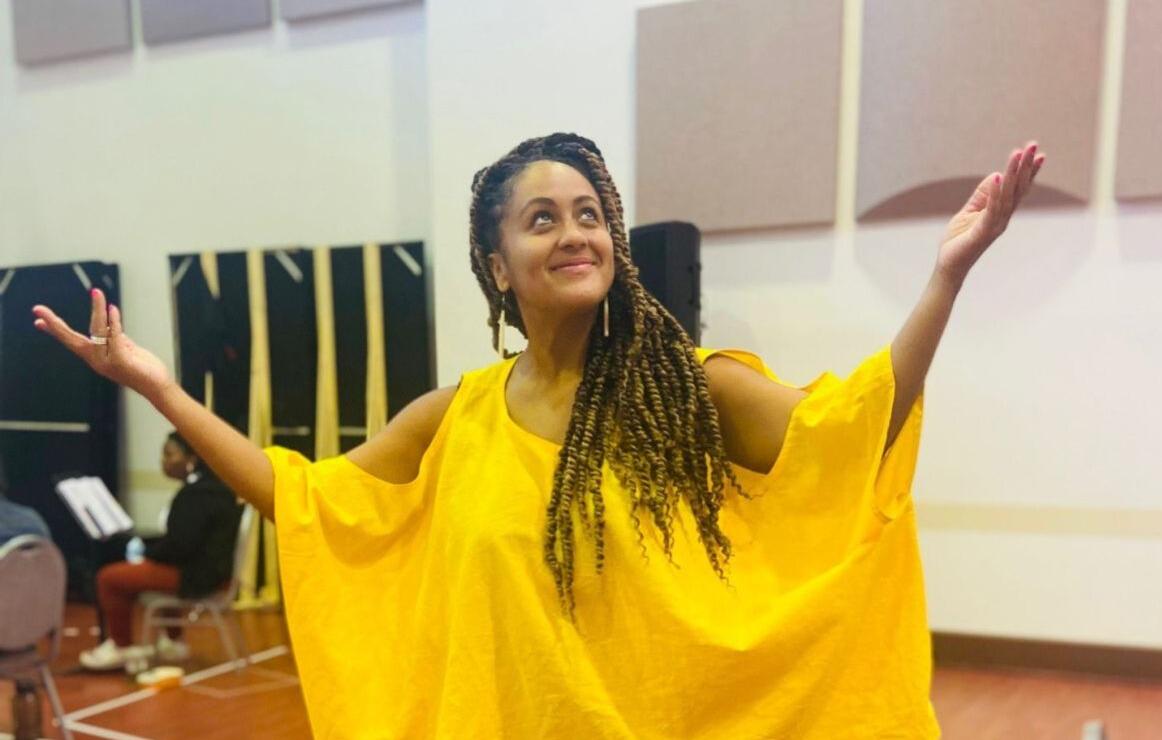 Lileana Blain-Cruz, director of the Rep's production of "Dreaming Zenzile" 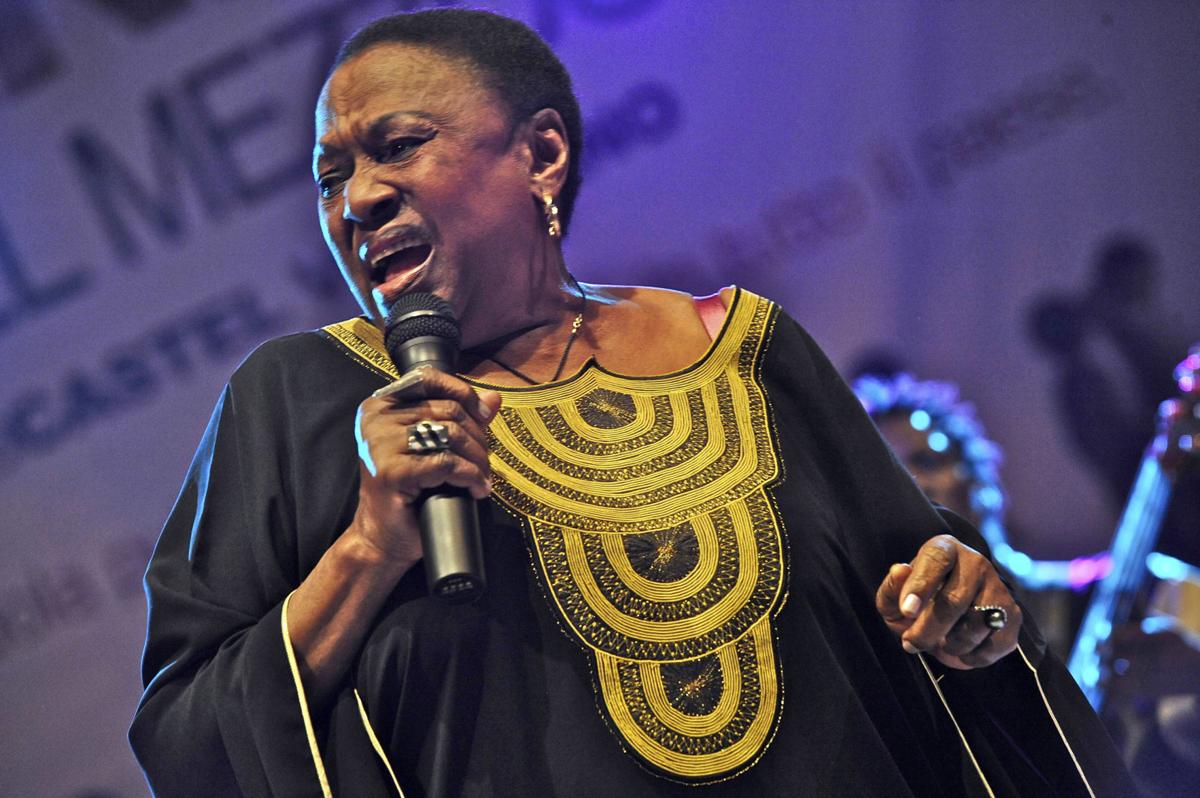 Miriam Makeba performs Nov. 9, 2008, in southern Italy. She died of a heart attack after collapsing during her concert. She was 76. 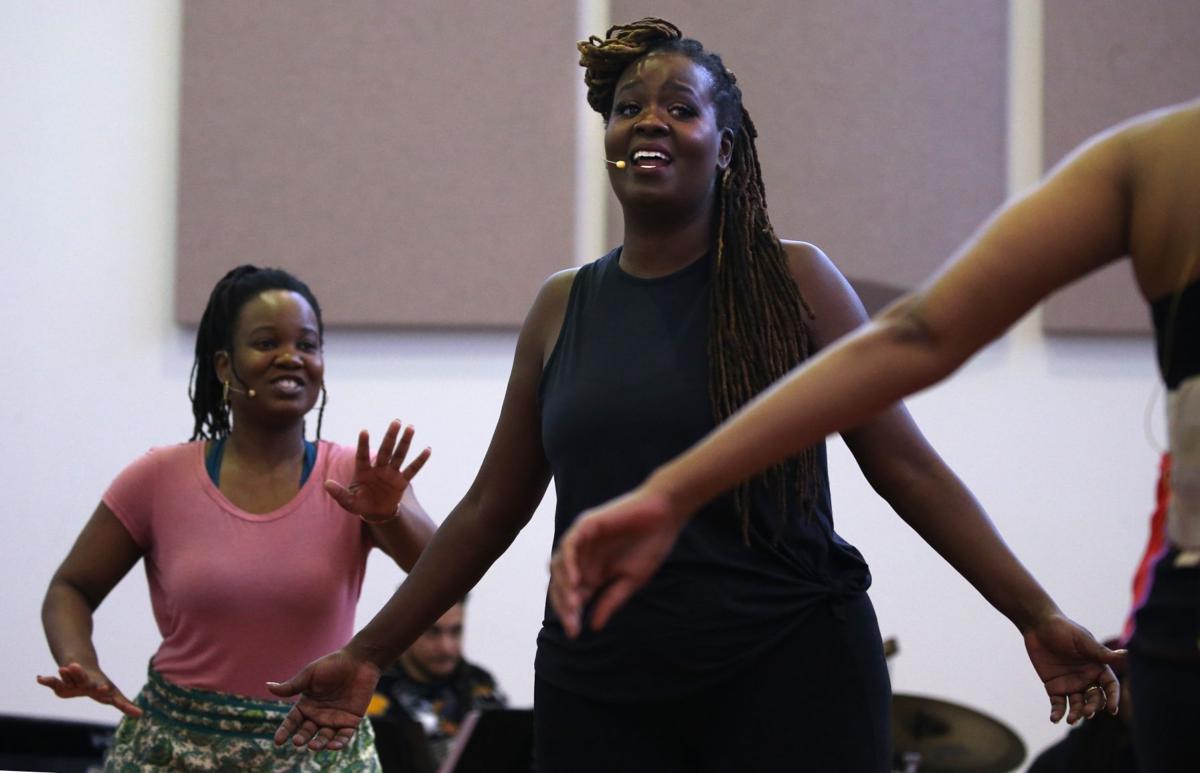 Somi rehearses a musical number in March 2020 for the Repertory Theatre of St. Louis production of "Dreaming Zenzile."

‘Dreaming Zenzile,” which begins preview performances Sept. 10 at the Repertory Theatre of St. Louis, is a showcase for its creator, jazz and world-music vocalist Somi Kakoma, and a tribute to the life and career of South African singer and activist Miriam Makeba. But the musical — or is it a play with music? — is also an opportunity to experience the artistry of one of the hottest theater directors in New York.

The world premiere of “Dreaming Zenzile” marks the Rep’s return to the Loretto-Hilton Center for the Performing Arts, where patrons will be required to provide proof of full COVID-19 vaccination or a negative test. The company presented “Mlima’s Tale” in the summer at COCA’s new Berges Theatre.

Recently, Go Magazine! Spoke with Cruz about “Dreaming Zenzile” and how she got into theater. The interview has been edited for length and clarity.

Q • “Dreaming Zenzile” was originally scheduled to open at the Rep in the spring of 2020 but had to be postponed because of the pandemic. Have you been with the show from the beginning?

A • Yes. Somi and I have been working on it for the last few years. It originated with Somi, and then I joined the process. And we’ve been working and workshopping on it ever since. I’d always respected Somi as a music artist, and I was very excited by her understanding of Miriam Makeba as a leader, and as a singer, and as a performer. And I was immediately hooked, and I was like: Yes, yes, yes. Sign. Me. Up.

Q • You’ve been cited as among the most gifted theater directors working today. In a 2017 review of Dominique Morisseau’s play “Pipeline,” the New Yorker praised your ability to “make highly verbal material visual” and “draw us into the playwright’s world and make us understand how a character is fallible and thus worthy of our respect.” How did you become interested in theater?

A • I grew up in New York and Miami, and my parents loved the arts. I had no idea that that would lead me to become an artist, but I grew up having a deep love for it. So when I went to college (at Princeton University), I was an English major, but I happened to stumble upon theater. I was like, “What are these folks doing over here? They look like they’re having a great time.” And then I discovered that it was the perfect combination of all of the art forms that I loved.

‘Dreaming Zenzile,’ a rising jazz star’s tribute to her idol, makes its debut at the Rep

Q • Were you familiar with Miriam Makeba and her life and career before becoming involved with “Dreaming Zenzile” (which references her first name)?

A • I had heard about her, but I didn’t know the extent to which she had had such a presence in American culture. I had probably heard her in passing, not recognizing who she was. So getting to work on this show was a real deep dive into an incredible life that I realize I should have known more about.

Q • Would you describe the show as a musical or as a play with music?

A • That is the question of the hour. How do you describe this play? I think that what’s beautiful about it, and one of the reasons why I signed on, is that it’s really different. There is a lot of music in it, but it is not structured in the way that I would say we understand how musicals are structured. It moves more fluidly and more poetically.

Among the highlights are a Neil Simon play, a ballet showcase, a Pulitzer Prize-winning drama and a musical tribute to Miriam Makeba.

Lileana Blain-Cruz, director of the Rep's production of "Dreaming Zenzile"

Miriam Makeba performs Nov. 9, 2008, in southern Italy. She died of a heart attack after collapsing during her concert. She was 76.

Somi rehearses a musical number in March 2020 for the Repertory Theatre of St. Louis production of "Dreaming Zenzile."